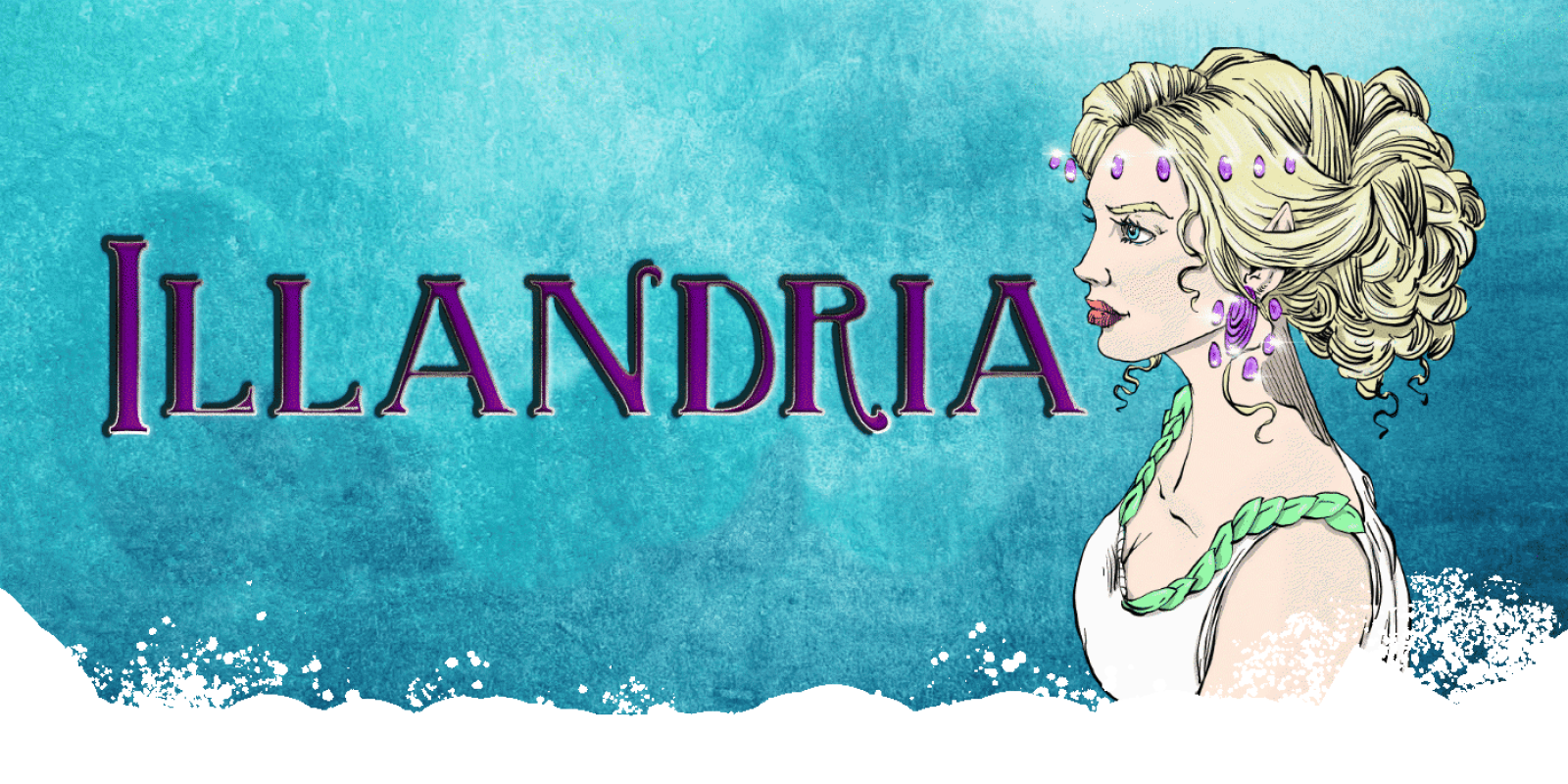 Wanted Hero    Races & Cultures    Evolu      Lady Illandria
Most legends find root from questionable sources of information. Not when it comes to the Omäthä. Records of her influence can be found throughout the Evolu, Human, Kutollum, Nocturi, and Iskari peoples. Each accurate and filled with painstaking detail...a point of pride for the scribes involved.   Heck, I even discovered a reference on an archived battle-map in Castle Andilain's Royal Archives, while studying the Vallen race. An order, inscribed in blood across the bottom read: 'The Omäthä is to be unspoiled. All other flesh is forfeit.'.   Why was Lady Illandria so cherished?


The Birth of a Miracle

Born in Kevä-Äni [KAY-vah AH-nee] (Spring Voices), a small village nestled in the highlands of Äsä-Illäriu, she was raised in a spiritual environment. These natives are direct descendants of the original tribe present when the Ithari herself fell from the heavens.
Let me be clear here--these people are in tune with their environment. They don't speak unless they are willing to fulfill every word that falls from their lips. Life is treasured. All life. Yet there had not been a child born in Kevä-Äni in over a thousand years.   The village gave praise to Pääjuma at Illandria's birth by building a shrine. To this day a member of their village can be found kneeling in prayer at all times to the God, in gratitude for giving life once more to Kevä-Äni.

Heart of the Mind 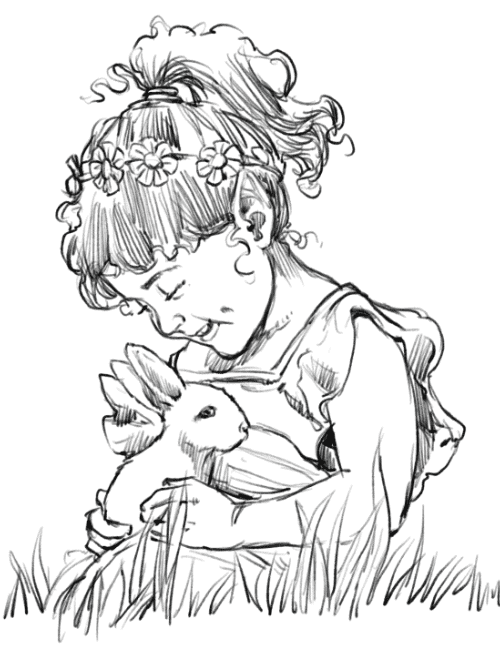 Illandria spoke before she could walk. Extraordinary for an infant, yes,...but nature responded to her. Sparrows brought her fruit to eat, the blue finch lulled her to sleep, and butterflies danced to the child's amusement.   Nature befriended Illandria...and the child loved her back.   It was soon noticed that she could feel the fear and pain of the creatures she cared for. Drawn to the ripples of shadow, she soothed, loved, and strengthened all who came unto her. Mouse, man,...even her greatest enemies.   At only six years of age, Illandria went missing. After a careful search, she was nowhere to be found, to the great fear of her parents and elders.   Hours after dusk, the people of Kevä-Äni stood in trembling awe as the largest apex predator known to the evolu walked into the center of the village, tenderly setting Illandria at the feet of her parents. The Ravosta knelt low to the ground, softly nuzzled the child, then limped from Kevä-Äni without incident.   When the elders looked upon Illandria, she smiled...and held up a large splinter of wood covered in blood and fur.

Illandria was the perfect companion, mirroring her husbands will in all she did. Within the first year of marriage, she had earned his complete confidence. Calling for the Council of Waters, she passed the ritual that same day.   With her ability to see the truth about her, coupled with her position of power, Illandria's natural love for life caused her to reach out and proactively interact among all people.   The greatest stories I found, was during the Battle of Northridge. A group of Vallen had been captured. The military was to interrogate the prisoners, that is--until Illandria requested an audience with the leader of the cannibals.   Within the hour, and through conversation alone, the enemies plans and exact locations were freely divulged. Tens of thousands of innocent lives were saved...and it is recorded that the prisoner knelt before the Omäthä. Mainor, the scribe present, added his own perspective:

"Never have I seen the Ilkeä yield to any lesser force than its own. And yet our queen stood before the beast, without fear--the Ilkeä dropping to its knees within moments of her entering its cell.   Never did they make eye contact. She asked, it answered. In the end, the beast bowed its head and begged for her forgiveness.   That is when my queen knelt, kissed its vile brow, and gave it.   The Omäthä left the room to report her findings--while the Ilkeä turned to the guards and requested a painful death."
— Mainor

As the generations rolled forward, the youth of the evolu became prideful and boasted of their strength and wisdom over the other races of the world. Contentions grew between once peaceful alliances, which troubled the heart of Illandria. For all her teaching and encouragement, it was her own people who refused to learn from her example.   Until she died.   To the confusion of midwives and healers, Illandria passed from this world giving birth to a perfect little daughter, who would be named Alaria. The loss sent ripples through the land, across the great oceans and touched the hearts of all who ever heard the name of Omäthä.   The world mourned, but only the Evolu did so in sackcloth and ashes.   Illandria's death saved her daughter...and a whole generation of her people. By pulling a pillar of strength away from her community, forcing the young to see the world, not as they believe it to be, but as it truly is.   ...and compelling them to rise to the occasion. 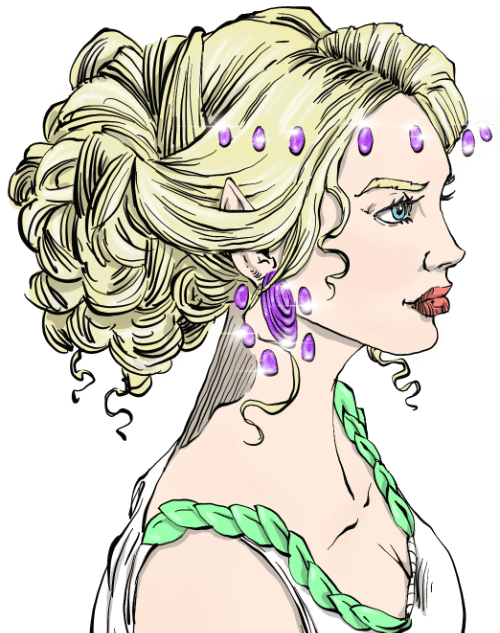 Illandria has the strength, endurance, and physical appearance of one who engages in strict regular exercise and only consumes the most nutritious foods, perfectly adapted to her body type and constitution.
Spouses
Siblings
Children
"Lady Illandria is a woman without equal, serving mankind with such dedication and compassion, we will forever hold her name and memory in honor and respect."

It's hard being a historian. The timing sucks, especially when you want to interact with the people whose lives you're involved in after the fact.   If there was a person I would have loved to meet, it would be Lady Illandria. I still have hopes to someday meet her daughter, the Omä-Es, but I won't hold my breath.   We can take some advice from the Omäthä.
Love.
Compassion.
Forgiveness.
Character traits that would elevate and bless the lives of any who embraced them.


What I have yet to find recorded, is where the Omäthiä and the Omäthå met, and when they wed.   It seems strange that a figure so beloved and painstakingly recorded by so many would not include the events of her most private relationship.   Then again, I was restricted from seeing her personal journals at the evolu capital...and maybe that's the point. Those who loved Illandria also respected her enough to protect what she loved most?   It's only a guess.

It's available in both digital and print through your favorite online sellers:
• Try Amazon (print)
• UNIVERSAL LINK
Don't forget to leave a review!
Evolu

Answering: "Describe an important religious leader in your world. How has their character changed the status quo?"
Visit WantedHero's Competition Page Check all other answers to this prompt Competition Homepage