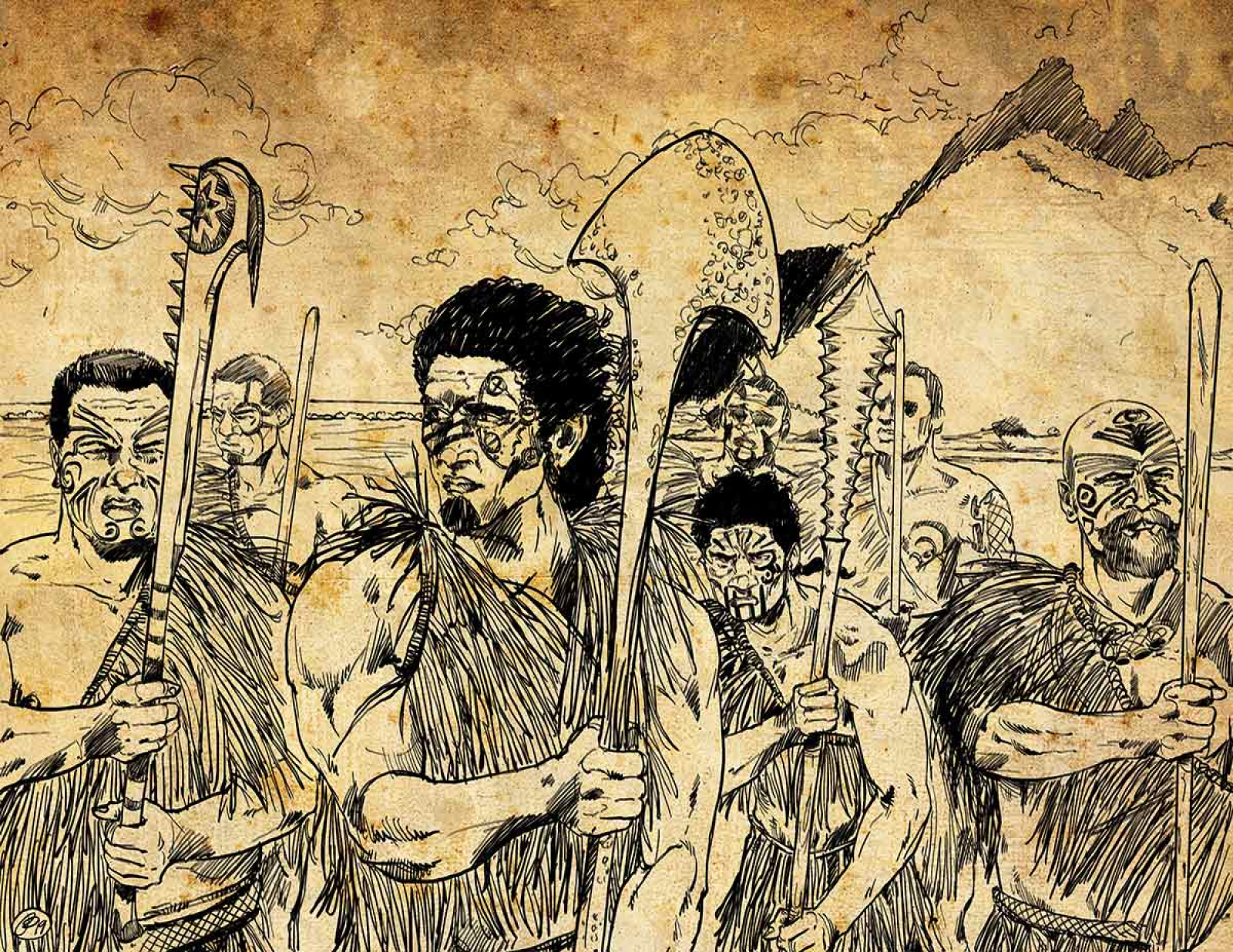 Just south of Humär is a small cluster of islands. Making up the lower region of the continent, it stands as a natural defense against invasion by sea. Living among these islands is a strong and bold people, conditioned by the rough and challenging tropical climate. A people who have mastered living in harmony with nature, disciplined through order and holding to tradition. Merchants and those seeking to force themselves upon the Humär continent know this to be a warrior nation. A valiant people led by a wise king, Mätämätäfuä…one of the Seven Kings of Men.   This is the nation of the Kätulu.


An Expedition That Birthed A Nation

Kätulu translated to mean ‘strength of the sea’, which seems fitting for this beautiful and noble society. One which began as a colony under the rule of the first king of men, High King Gaston in 6065s.   Having taken tremendous casualties throughout the land during the Great War with Mahan, the Races of Light were unable to support their armies--supplies and resources growing thin. It was at this time that Gaston sent out a decree, asking for volunteers willing to explore land and sea, beyond the mapped regions of Andilain, in the hope of discovering new resources. The military was desperate for weapons, armor, and rare magical components (Andilain had not yet discovered today's rich deposits within the Tilliman Highlands.)   A band of hardy merchants volunteered their own shipping vessels to High King Gaston in exchange for title to any new lands discovered.   Gaston agreed, sealed through contract, and one of the greatest explorations in the history of Andilain was born. A small fleet of ships set sail from the western shores of Westgaiden less than a month later. This fleet contained nearly 3,000 trappers, builders, miners, and their families—all in search of uncharted lands.   Their Goal:
to furnish High King Gaston with the tools he needed to win the war then ravaging the world.   Their Hope:
to find their own fortune in lands, ore...and starting a new life, away from conflict and poverty.

The ships embarked, sailing beyond established trade routes, venturing north, west, and south. Before years end, several ships (those ignoring the western landmass and journeying along the coast of Humär) discovered a cluster of islands. Scouts were sent to survey the land, which was found to be rich in wildlife, edible vegetation and an abundance of natural resources.   Gold, silver, copper, iron, and coal were discovered, along with rare gems in abundance. More importantly, the climate provided the perfect year-round environment for raising crops. Ships were unloaded, people organized by skill-sets and a colony was established. A group of families, most dedicated to the cause, named the colony "Fale i luga o Vai", or 'Home on Waters'.   With a quickly thriving community, transport was sent back with word of the discovery, seeking more volunteers, both from Westgaiden and Andilain, to assist in the colony's development. Of the vessels returning to Westgaiden, only Pese Vai [Water Song] made it back safely.

The Cost of War

Unfortunately, the war with Mahan proved to be the darkest hour of mankind. Millions perished in the conflicts, following both citizen and soldier from city to city, town to town…and colony to colony.   It wasn’t long before the Vallen discovered Fale i luga o Vai among the southern islands of Humär, and they invaded. Barges with nearly a thousand giants crashed upon the shores of Fale i luga o Vai, the enemy seeking blood. Those who could not fight fled to the mountain caves or took crude fishing boats to the next uninhabited island of the region.   In the end, the horde prevailed, slaughtering the colonists and, after many days, eventually leaving the islands altogether. Only those who had fled to the surrounding islands remained…and they refused to make their presence known.

The lower islands of Humär were abundant with life, yet exceedingly harsh to navigate and work with. Nature ruled where men had not tread, and she did not give her permission lightly. Those who survived were constantly tried and tested in their abilities and forced to adapt. Most of the people who flourished were those who had named Fale i luga o Vai. Beautiful, strong, and hearty people led by ex-military and seasoned fishermen, all of whom eventually gathered under the collective leadership of Liufäuonu'u Kätulu.   Old and without family, Kätulu was a retired military specialist and trainer, who initially volunteered to help develop the island to escape his past. But the people loved him, his service, and his willingness to sacrifice his all for the sake of others. To his honor, the people named the string of islands and it's inhabitants, Kätulu.   The people flourished under Kätulu’s direction. He taught them how to use the resources of the island to the best advantage and how to pull a wealth of food and tools from the sea around them.   And to a select few, he shared his family secrets of the Bälä.

Loved. Honored. Bälä.   King Mätämätäfuä is the well-loved monarch of the Kätulu people and 'father' of the Ägägä Limä [ong-ongah-LEE-mah] or Spirit Hand--the legendary Kätulu warriors. A man of peace and wisdom, Mätämätäfuä has led his nation to prosperity, all aspects of his culture thriving under his rule.

"We must become of one heart and one mind, in order to fully enjoy the blessings we anticipate. Thus my people, I say that if we are united, we are independent of the powers of Mahan and of the world."
— King Mätämätäfuä

Strict in observing both law and tradition, Mätämätäfuä has been willing to spend and sacrifice his life for the sake of his people.

Pronounced King by All

When King Robert III sought to create the Council of Seven Kings, he reached out to Mätämätäfua of the Kätulu.   The people of Kätulu had already separated themselves from the nation of Andilain with their hearts, declaring their independence. After generations of loyalty and dedication to their sovereign motherland, the island folk sought to foster their own culture and traditions which had developed over generations.   The people anointed Mätämätäfua king and claimed the whole of the lower islands.   In response, King Robert III not only acknowledged Mätämätäfua as rightful king over his own people, he also declared Kätulu its own sovereign nation, pledging his support in open friendship by royal decree.   This single act, gained King Robert III the love, respect, and friendship of a new nation...and Mätämätäfua was the first to join the Council of Kings.

The mystical mägo of the Kätulu people.

King of the Kätulu nation and one of The Seven Kings of Men.

Answering: "Describe a country in your world, including its political structure and history."
Visit WantedHero's Competition Page Check all other answers to this prompt Competition Homepage

Gain FULL access to this site by joining the CHRONICLES OF A HERO email list
Get to know Jaime Buckley--the crazy author behind it all.   All artwork and content is ©2005 - 2021 Jaime Buckley. All Rights Reserved.
This site is a work of fiction. Names, characters, places, brands, media, and incidents are either the product
of the author’s imagination or are used fictitiously.
We do not take submissions of ANY kind.   Proudly powered by World Anvil.
Article template
Organization
World
Wanted Hero
Category
Kingdoms of Humär in Humär
Author
WantedHero
Publication Date
14 Aug, 2019
Creation Date
5 Jul, 2019
Last Update Date
16 Oct, 2020
Visibility
Public
Views
957
Favorites
4
Comments
0
Work In Progress
Tags
council of kings 7 kings kings of men 7_kings