Stop pestering me about this, we’re not going to have a discussion, young man—and that’s final.

Don’t look at me, I know you’re 67 years old—but to me you’re still an infant, so don’t cross me on this, Höbin. Push me on this issue and I’ll solidify those cybernetic limbs of your so you’ll only be able to use them as ugly paperweights!

You wouldn’t do do that to me and we both know it, Chuck.

This kind of knowledge is dangerous. The Book of Dark Bindings is at the heart of the evil upon this world, a contract…and it’s purpose is to draw the next host to itself—allowing evil to thrive.
*sigh*
I know you’ve been given charge by the Narrator to pester me about this. And yes, I can see why—but we’re walking the razors edge here. Can you see that?

Yes, Chuck. But I also see the need for truth to be told. All the truth.

The wrong words could open up generations of problems, death, abominations, and it would be MY fault!

Our fault, old friend. It would be OUR fault.
Tell you what—keep your robes white and just share concepts, minimizing the actual facts. Would that help? 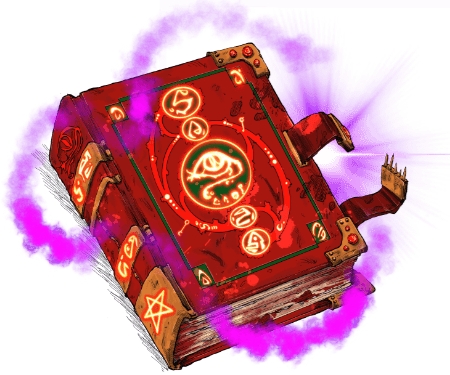 A Contract with The Unembodied

The Unembodied are the evil behind all things. That's what you have to understand first, Höbin.   These are the beings who rebelled against the gods before this world was--wanting to support their master in dethroning Pääjumä.   You see--there was a third of these greater intelligences, who didn't want to be tested in this life. They didn't want to gain in knowledge, in strength, or to be opposed in any way--thy simply wanted to be given everything they wanted, have a free ride and then come back into the presence of the gods to inherit glory and power they didn't earn.   So they rebelled. Threw tantrums like pathetic little children, and for that--the lot of them were cast down to this world...so become our tormentors...our challenge.   But these beings, unlike us, have not had their memories wipes from their minds. They know every conversation, they know every spirit that earned a place here, and why each of us have gained a body of flesh and blood, while they were denied.   The very core of the Book of Dark Bindings is a contract between the Unembodied and a Host--to ensure those cast off will be given flesh and blood in exchange for their knowledge.

This evil tomb of knowledge is at the very core of Mahan's incredible power, amplifying his own extensive knowledge over time.

It's available in both digital and print through your favorite online sellers:
• Try Amazon (print)
• UNIVERSAL LINK
Don't forget to leave a review!
Lore

All artwork and content is ©2005 - 2021 Jaime Buckley. All Rights Reserved.
This site is a work of fiction. Names, characters, places, brands, media, and incidents are either the product
of the author’s imagination or are used fictitiously.
We do not take submissions of ANY kind.