Goblins are the products of Marqôd's experimentation on the Dwarrow. Through many successive generations of torment and breeding, she was able to transform many of the proud Dwarrow into the diminished forms of the modern goblin, changing them into things cruel, stupid, and materialistic. Now, it is a Primacy Church teaching that the Goblin is a rational creature after the manner of the Dwarrow, and therefore deserving of rights under both Empires. Nevertheless, their evil deeds should be duly punished; but the author of this article calls for sympathy for their condition.

The Goblins were not corrupted through psychology, as the Orcs were. They were created by the corruption of Dwarrow bodies-in-Faery. The corruption of Faery, caused by the penetration of Gendûet's essence into the World, thereby dominating it by sublation, could be manipulated at a smaller scale by those following the Dead God. As Marqôd was one of the Devil Lords, she was in a good position to take advantage of Faery's corruption. She also committed herself to biological changes, although these proved to be mostly aesthetic.

Over a scale of centuries, possibly millennia, Marqôd targetted a small colony of Dwarrow in the Far East, in lands unknown to us today. With the privation of their bodies-in-Faery, their minds were changed. They became like the faded Dwarrow in their small-mindedness and greediness. They lost their substantial impact on the Seen world with the destruction of their bodies in the Unseen. Their lives were shortened. They grew stupid, and lost their skill in crafts. With that small-mindedness naturally came propensity to violence. So we have our Goblins of today.

Goblins are capable of forming and operating in large societies, though to a limited extent. Consequently, they live in mostly tribal formations. They tend to live underground but will occasion to the surface to pillage. There is a great variety of Goblin cultures across the world, but they all share in their tribal, violent, and small-minded natures. 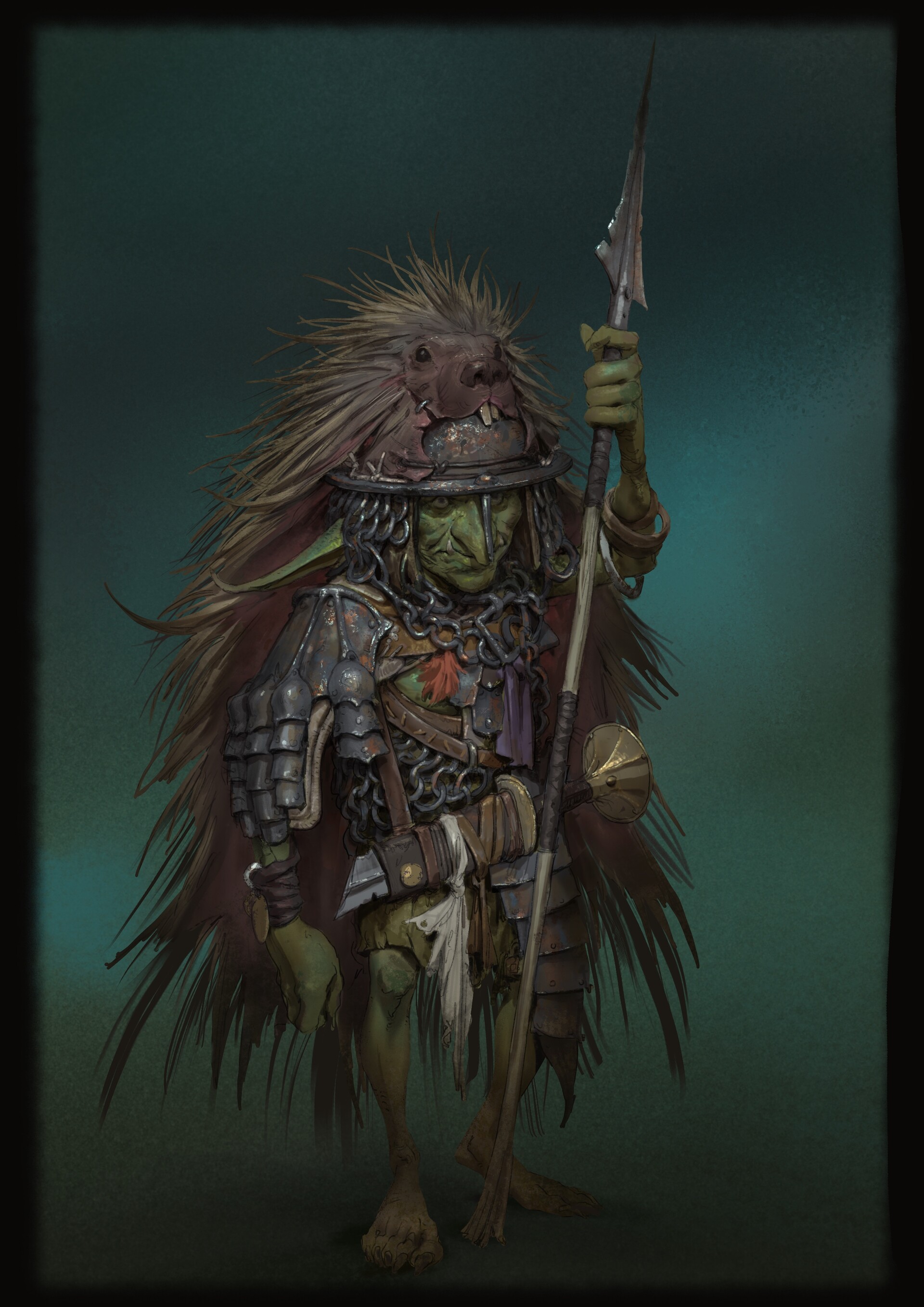