Telegraphing visual messages at a distance

Another spacehand came on the deck with fey-fire torches and raised them up, then dropped them quickly, indicating that they should pay attention.   “Message from the Tower coming in, Garan.”   Garan ran the ready-to-receive message flag up.   The signaller waved Shaundar forward.
— A Few Good Elves by Diane Morrison

Semaphore is a code of communication, intended to pass messages between ships. It is a telegraphy system developed by the Avalonian Imperial Navy to convey information at a distance through visual signals. This is accomplished by hand-held flags, rods, disks, paddles, glowing sticks, or occasionally bare or gloved hands.   There is also a Flag Code used in space to communicate simple concepts, but an alphabet was needed to spell out more complex messages and instructions. The Avalonian Imperial Navy also makes use of Light Towers and Star-Lanterns to pass messages quickly over interplanetary distances.

Because sound does not travel between separated Etheric Membranes in space, a different method had to be developed to communicate messages. A flag code was invented to communicate in relatively "close" space, such as from harbours and airfields, or from ship to ship in a fleet. However, only very simple messages, of broad concern to all starfarers, became standardized in the spaceways.   Other starfaring organizations have begun to use their own versions of semaphore, based in their own languages, but most starfaring peoples do not speak enough of those languages to follow their code effectively.   When the nature of the message relayed is a potential security risk, the Navy will combine semaphore with a cypher that is communicated to the units who will need it beforehand. Regardless, three Xs delivered in succession just after the "attention" signal indicates a Top Secret message intended for the Admiralty. The subsequent message will be passed on to someone with the appropriate clearance, even if the code used to make it is not understood by sender or receiver.

As a visual language, semaphore has no phonology.

Semaphore is a telegraphy system conveying information at a distance by means of visual signals. Information is encoded by the position of the flag, rods, disks, paddles, or hands; it is read when the flags or other devices are in a fixed position. The positioning of the flags may be thought of as hands on a clock from the perspective of the receiver. Different positions on the "clock" indicate different letters or numbers in combination with one another, and the positions of both hands form the letter or number. A sender comes back to center, with arms crossed, between each letter or number or signal.

In semaphore, words and numbers are spelled by positioning of the arms and the flags (or other items) they hold. Because the purpose is to communicate messages quickly, while the message is conveyed in its language of origin (usually Elvish ,) unnecessary propositions and elaborate context are ignored. Messages might be expressed as something like, "Enemy fleet approaching," followed by position, heading, bearing, and the number of ships it contains; as opposed to, "Be advised that there is an enemy fleet of 40 ships approaching. Its position, heading, bearing are as follows..."   When a signaler wishes to begin a message, they bring both arms up and down in unison once or twice to get the attention of the receiver. This sign is also used when the signaler has made an error and wishes to alert the receiver to the mistake.   The signaler waits for the "ready to receive" signal from the receiver; which means the receiver raises both flags vertically above their head just once, then drops them just once into the "ready" position. The signaler then proceeds with the message. Each word is separated by a "resting" posture to symbolize the space.   After each word, the receiver offers a different sign, usually the C, to show that they have understood. The signaler does not proceed with the next word until that signal has been received.   The sender ends the transmission with the "Ready to receive" signal. The receiver can reply with the "Attention" signal. At this point, sender and receiver change places.

Most words are spelled out with the semaphore alphabet, but there are a few "vocabulary" symbols to quickly communicate ideas about the process:

Semaphore, in and of itself, has no phonetics since it is not a verbal language. 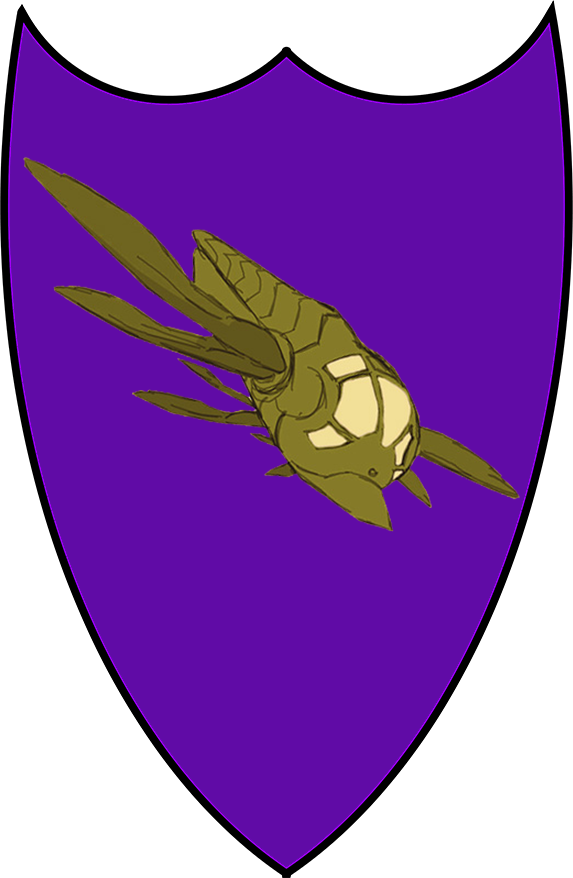 Avalonian Imperial Navy Crest
Search the dictionary using either the signal you are looking for: ie. Attention, or the letter or numeral followed by "letter" or "number" in brackets: ie. A (letter); 1 (number).

Spoken by
Semaphore instruction begins at 10:01

C or 3 / Acknowledged / Correct by Denelson83