An Able Starhand is an experienced sailor, with either years of experience in starfaring, or a significant specialty and significant sailing experience. While this rank is used primarily within the Avalonian Imperial Navy, it is also used as a rating of experience for star-sailors in general. They are the most senior, best paid, and most prestigious of the three basic ranks of starfarers in the Navy.   When an Able Starhand is the senior sailor of their watch or specialty, they are known as a Leading Starhand. It is generally accepted that a Lead will have journeyed through a wormhole at least once, and received their Shellback Tattoo. This comes with a pay raise and a degree of conferred respect, but no official increase in rank.

To qualify, an Able Starhand must be intimately familiar with life and tasks aboard a ship, or must have deep and abiding familiarity with a particular shipboard specialty.

Able Starhands must have a minimum of four years of experience aboardships.

A Navy starhand is promoted to Able when their term of service and familiarity with starfaring is recognized by a superior officer or watch commander.

Ables are assigned to a watch, which maintains its hierarchy consisting of a watch captain in charge of a particular area of the ship. They handle specialized or difficult tasks.

Ables typically supervise the crew below them, and bring them up to speed on the finer points of starfaring that they may not be familiar with.

Ables in the Navy are paid 28 Galaxies (platinum), 17 Novae (gold) and 11 Starbursts (silver) per year.   Leads receive a bit of a pay raise; from 39 Galaxies, 10 Novae, 1 Starburst per year, to 44 Galaxies, 2 Novae, 1 Starburst per year.   Like all Naval starhands, their food and accommodations while on active duty are provided, but these benefits are not provided when their ship is not in active service.

Ables are issued a standard work uniform that includes navy-blue trousers, white canvas work shirt, sea boots, blue bandana, a navy-blue scarf, and a Starmetal Talisman in a brass belt buckle to provide them a short period of air and pressure, should they happen to fall overboard.   The rank insignia of an Able Starhand is a silver anchor patch, worn at the top of the shirt sleeve.

It is difficult to be dismissed from the Navy at this level of service, but dismissal and demotion are a result of inappropriate actions, perhaps following a court martial, or for unfitness for service through physical or mental defect.

"Able Starhand" started as a description of a sailor's rating on seafaring ships, and carried into the stars as the sailors did. Over time, it became an officially recognized rank within the Avalonian Navy as well. 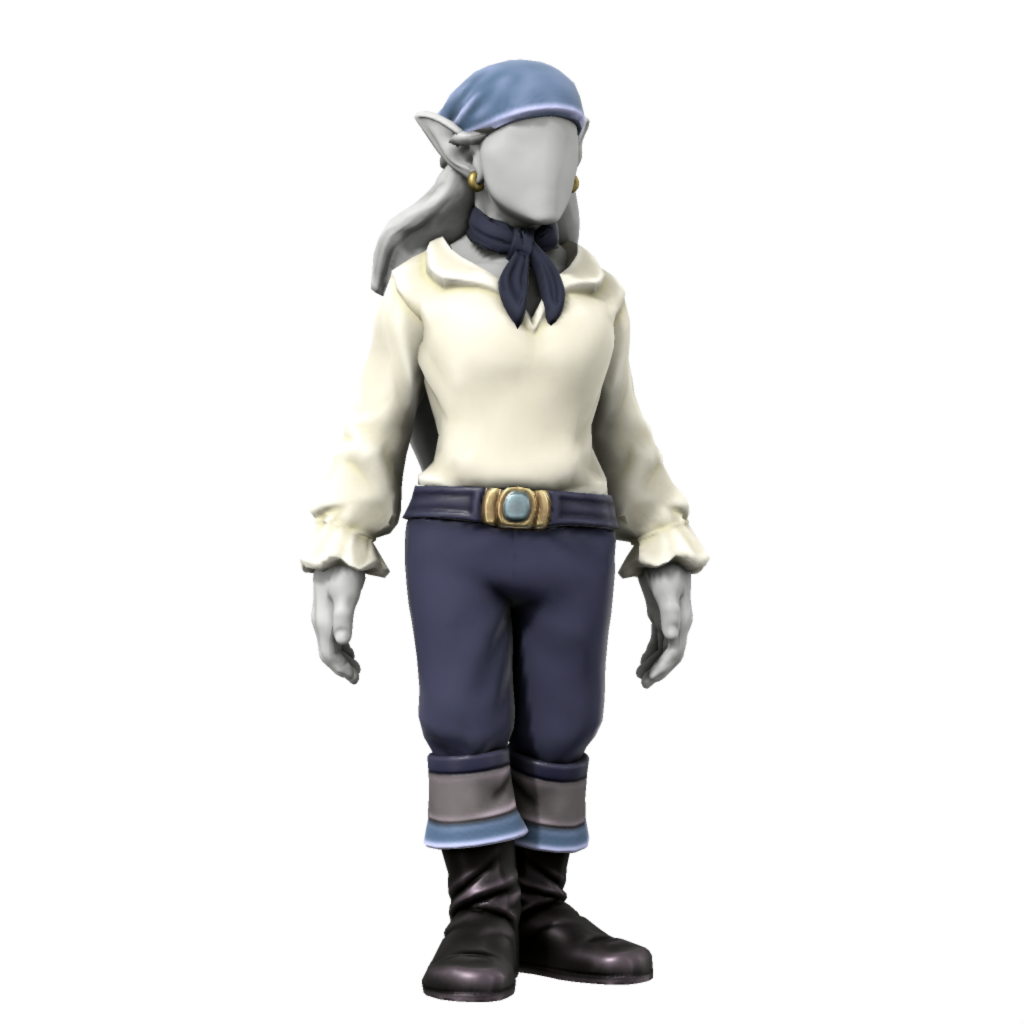 Basic uniform of Able Starhands
Type
Civic, Military, Generic
Status
Active
Creation
Avalonian Oath of Service
Form of Address
Able or Lead
Alternative Naming
Leading Starhand (if the sailor in question is the senior Able of their watch or specialty)
Equates to
Corporal
Source of Authority
Star Command
Length of Term
Indefinite: many starhands in the Navy remain Ables for their entire term of service
Reports directly to
Master's Mate
Related Organizations

I've enjoyed these articles about the different positions - it's really interesting to see how one could rise through the ranks! I like that they can be used within the navy or amongst civilian starfarers too.