Gruesome punishment, a memory of bygone days.
Attention! This article contains rather detailed descriptions of a very cruel practice. Read at your own discretion.

Supposedly no longer in use, this procedure was a cruel way to keep soldiers in line. It wasn't particularly effective on the offender in question - because it killed them. However, their alive comrades would not forget the sight easily.   While no recent cases of it being used are known, the exact steps of the procedure have been preserved in stories and even manuals.   Performed on a restrained live tank, it starts by removing the turret, if one is present. It is not removed entirely, but instead usually lifted up or "hinged" to the side, depending on the available means - to keep the internal connections intact. In the case of turret-less tanks, this step is simply skipped. Next, a radial pattern is painted onto the hull. The origin point is the turret ring or just the center of the top of the superstructure. It extends down the sides, rear, and front until it meets the tracks or the bottom plate. Red paint is a popular choice for this.   Then, the blowtorch comes in. The steel of the tank's hull is cut open along the lines, and the sections are peeled up- and outwards by hooking them up to tow cables or lifting equipment.   This leaves the inner workings of the tank exposed. The procedure ends there, and the remains - usually still alive - are left to their fate. This fate is either a slow death by the oil and coolant "bleeding" out, starving, or being found and gutted by scavengers.
Note that this practice is exclusive to tanks. There have been no mentions of other vehicles being subjected to it. Planes, for example, have their own horror stories that involve cutting off a plane's wings or putting its core into a tank.

The Lilienschnitt is one of the favourite tales of those who want to scare their peers. Usually, the story of the procedure is told to machines who are young and inexperienced. Older machines know that it hasn't been used in a long time, but someone without this historical knowledge is easily intimidated by it.   It is claimed that traitors get this punishment in some parts of the world, and typically the next sentence is "And we should probably start doing it too". 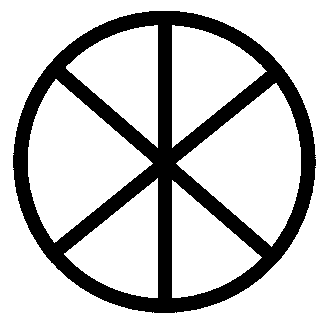 Drawings of the procedure are not very common, but occasionally, one might come across one in ancient places or old books/documents. These tend to appear clinical, similar to technical cross sections. The other kind of drawings are sketches or paintings showing either the result or one/several of the stages, usually in a rather messy manner - after all, the procedure itself is known to be messy.   Written or recorded descriptions are more common. The stories get passed around and told as horror tales, in varying degrees of cruel detail. There is even a tank rune for it, which resembles a wheel with sections.
Other Names
Lilienring, lilycut, lilywheel, liljering
Date of First Recording
Unknown
Related Ethnicities
Related Locations
Name Origin
The names used for this procedure have the lily flower in common. This is the case because the end result is comparable to the petals of a blooming lily. 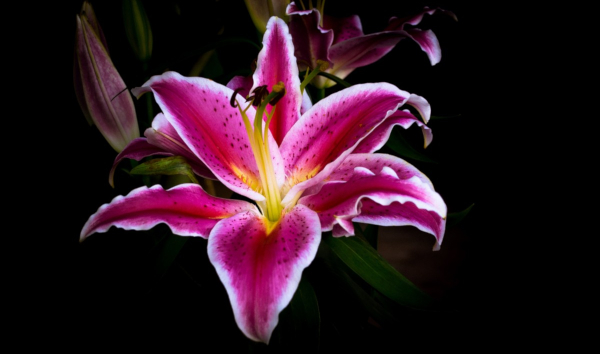 by Public Domain Image
First Mention
It's hard to trace the procedure back to one particular date or place, but it seems to have spread from the Far Lands to the North. In other regions of the known world, it is effectively unheard of.
Society

The Hummelverse and The Tanking League are my creation. All content - including art - on this page was created by me, unless otherwise stated.
Want to submit content like fanworks, ideas, characters? Please note that you are accepting these terms if you do.
Back to top
Cover image: logarithmic radial pattern by Eric Gjerde

Special thanks to hydrothrax for helping me come up with this!

This article was written for the World Anvil Summercamp 2019.
Prompt:
"Describe the tales in your world designed to make naughty children behave."