The Hummelverse    Groups      CH Clan
Often called the "Confoederatio", "Foederatio" or simply "Federation". A clan that is widely known for its unique history and emphasis on total neutrality.   Their territory is the entirety of Switzerland (most commonly referred to as Confoederatio Helvetica), which they defend against everyone - not even neutral travellers are allowed inside. Exceptions are only made for sufficient payment; in the case of a typical free team, "sufficient" means "unaffordable", however.   Joining the CH Clan is virtually impossible, as they don't welcome strangers in their ranks. To become a part of the clan, one has to be built in their only factory. Leaving it is comparably easy - they allow members to quit the clan, although once they quit, they can never return. Similarly, criminals may get exiled (if they aren't executed).   All clan members wear the red emblem that is the clan's insignia, and white camo paint.

A group of tanks - High Command - leads the several divisions - called cantons - of the clan, which are led by commanders that have relative freedom in terms of how to organise their canton, even though there are particular enforced regulations in place.

The clan's only interest is sustaining itself - it never got involved in any conflicts and doesn't have any allies or enemies.

The clan's members are exclusively tanks and tank recovery vehicles. There are no other vehicle types present in their ranks. It can be assumed that there used to be planes at least, but no one knows what happened to them if that is true. Train tracks lead out of and into the clan territory, but no one has seen or heard of any trains using them in a very long time.   Because of their very limited trade relations and singular factory, the clan's demography is mostly homogenous. Most of their tanks are modified versions of Hetzers, with the occasional "foreign" models and Kampfpanzers among them. There simply isn't much variety in parts that are being used and produced, and the clan people seem to be fine with this.

Due to their secluded lifestyle, it is very likely that their technology levels are either more advanced or less developed than those of other clans and communities - the former because the higher technological standard from the past were preserved, or the latter because they have gotten stuck in time. Which is the case is impossible to tell for outsiders. Either way, it seems sufficient for their purposes. 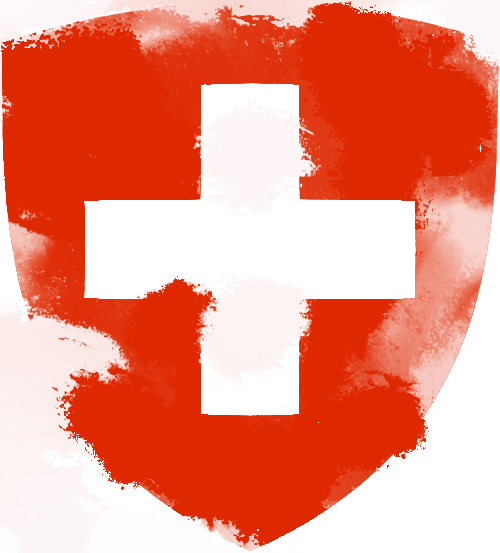 Type
Geopolitical, Clan
Alternative Names
The Swiss
Location
Switzerland
Controlled Territories
Related Items
Foreigners Unwelcome
The clan's rules are so strict that they will even refuse to let vehicles enter their territory when said vehicles are in grave danger. A very well-known but seldom discussed example of this policy was when during the Purge, they denied access to SPGs that were fleeing from the mass killing and seeking refuge with the Foederatio.
Groups

Answering: "Write about an ancient kingdom, nation or empire in your world."
Visit arty's Competition Page Check all other answers to this prompt Competition Homepage