Most sicknesses exist in full view of those they plague, their symptoms plain for all to see. Yet, there are some that lurk in dark, concealed within their victims waiting for the opportunity to rise up and take control before slithering back into the shadows. Lycanthropy is such a condition. Those infected become host to a ravenous hunger that is not their own; forcing these poor souls to take part in acts of depraved bloodshed so heinous that most assume it to be the work of rabid beasts.

The origin of the disease is as diverse as the many names it goes by. The Frostmerites of the frozen north call it the Rage Mark and say that it is a brand placed on the body and soul by the Totem Spirits of Corruption. Old Balmoral told tales of the Moon Cursed; believing the sickness to have come from the god Wynte and was laid upon those that indulged in excess too deeply. The Lakeside Elves will shun any they suspect of harboring the Blood Rage within themselves, knowing full well that it is a punishment laid down by Corellon The Dawn Master upon only the most irredeemable of hearts. Sailors from the Tairuk Island Chain tell tales of the Shark Tooth Hex that can turn a man into frenzied nightmare and blame the Tairuk Tribes for its creation.On and on it goes, every region, every nation, has their version of the disease and what it means to suffer from it.

Learned sages have often sought the opportunity to study those infected more closely but the opportunity has rarely presented itself. Many have tried but none of managed to do so and escape with their lives. This is because of the transformation that Lycanthropy forces on its hosts. Certain conditions will trigger a sudden, and violent metamorphosis that blends the humanoid form with some kind of bestial collection of traits till a horrific hybrid of sorts is formed. The most common collection of phenotypically traits are those of wolves. However; that will vary from region to region. Bat, rat, shark, spider, lion, and hyena are equally well documented in the more fringe locations of Tairos. The triggering conditions can vary from individual to individual but the one common to them all are the moon phases. Something about the full moon seems to universally activate the change in all types of the infection. Aside the moon phase intense emotional reactions seem to bring the beast form to the surface as well. The most common emotional trigger is angry. Though in some fear, lust, and even joy can be enough to cause the change to happen. While in these hybrid states the victim is generally unaware of what is happening to them and what sort of mayhem their body is being forced to take part in. The duration of the change is generally short, lasting only for a few minutes or until the victim is subdued or killed. However; changes triggered by moon phase last much much longer. Generally until sunrise. Some variants on the condition have additional triggers based around natural phenomena. For example those with shark traits have an equally intense reaction to powerful storms as they do to the moon. Hot, humid nights seem to trigger the change in those with spider traits. Solar eclipses force the transformation in bat-trait sufferers. Why these secondary natural phenomena have this effect is unknown. 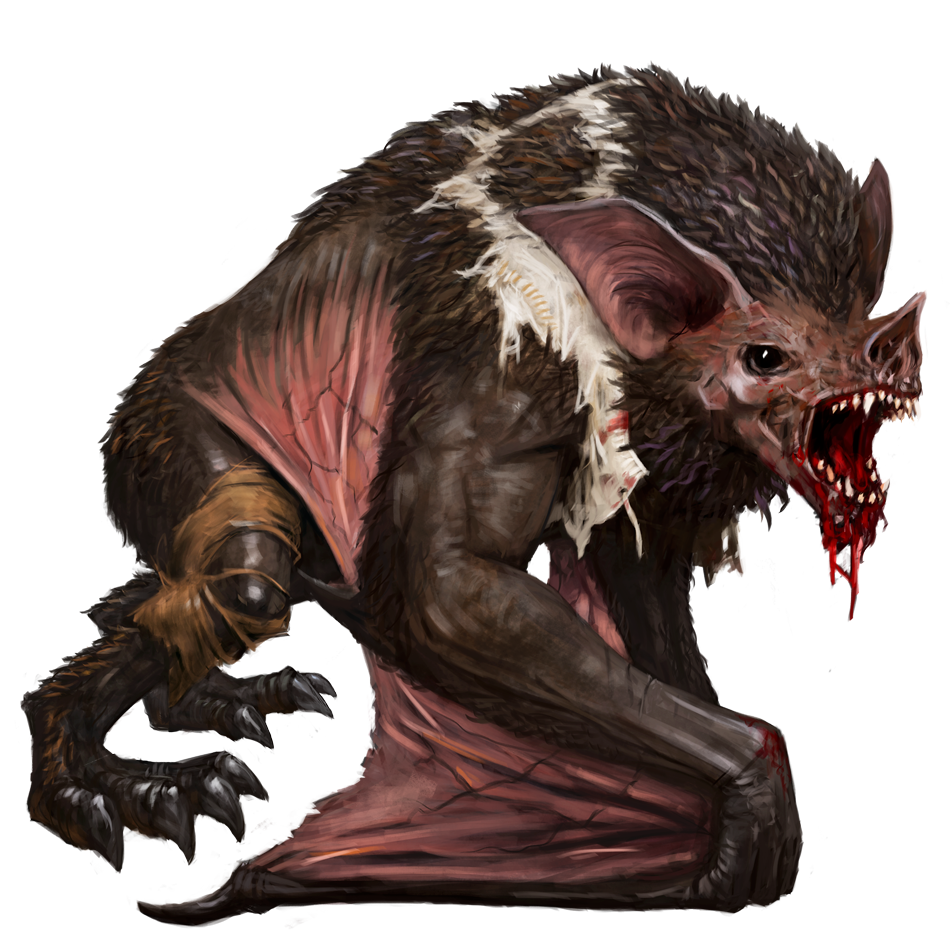 Those suffering from the disease also develop severe, even fatal, hypersensitivity to silver. Touching the metal while in hybrid form can cause deep burns while even in their humanoid state mere contact can quickly lead to an uncomfortable rash. Silver has long been used as form of identifying and exterminating those infected with lycanthropy. Silvered weapons or hollow pointed arrows filled with liquid silver are favored by those who hunt them.

Rumors exist that speak of particularly long-lived infected who are able to gain a measure of control over their disease and are able to suppress their transformation with great mental effort. Also, with practice and willpower, are able to force their transformation without a triggering event and even retain some level of control while in their hybrid state. These rumors usually attribute these abilities to old lycanthropes or families of lycanthropes with generations of infection.

Lycanthropy has several main vectors of transmission. The most common being saliva entering the bloodstream via bite. The amount of saliva delivered into a victim can have an impact on the chances of transmission. Multiple bites or particularly severe bites seem to have a greater chance of passing the infection on.

Sexual intercourse is the second most common means of spread. Unprotected sex with an infected victim will almost always lead to spreading the disease into a new host.

Finally, the disease can be spread through family bloodlines. Children born with one parent who is infected are more than 50% likely to also have the disease. Those with both parents hosting the infection are upwards of 90% likely to carry the disease as well.

Unknown. Speculated to be magical in origin or be connected to the Totem Spirits in some way. Some fringe theories suggest there is a connection to the strange force/entity known as The Hunger

Magical treatment seems to be the only known way to remove the disease. The symptoms are believed to be manageable via exercises that strengthen one's willpower such meditation, religious practice, and cognitive behavioral therapy . Some sufferers have been able to suppress the disease by taking regular injections of silver-based medicinals. While possibly effective they are also extremely painful to the sufferer and incorrect dosages can easily lead to overdose, metal toxicity, or death.

The disease does not resolve with time and remains with the victim all their life. Long term sufferers are believed to be able to exert some level of control over their triggers and hybrid states

It seems to infect only sapient species

There is some evidence that shows cleaning of wounds along with the application of silver solutions to the bite can help prevent the disease from taking hold. Any barrier that prevents fluids from being shared during intercourse is effective in preventing sexual transmission of the illness

Sufferers are universally feared and reviled. Many who have the disease ultimately meet their end at the hands of angry mobs
Origin
Magical
Cycle
Chronic, Acquired & Congenital
Rarity
Extremely Rare

Answering: "Describe any condition or disease for which a cure has recently been developed."
Visit thechosenone's Competition Page Check all other answers to this prompt Competition Homepage 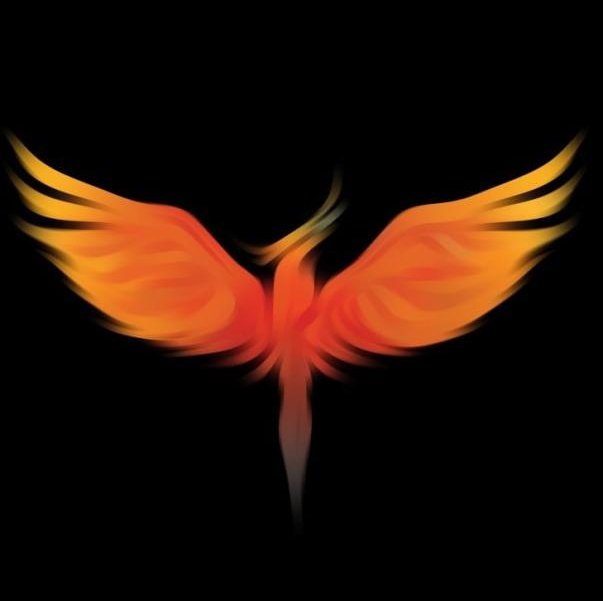 Hey! I really enjoy this template, and as I am going to be designing multiple diseases for my world, would you mind me using this template for them?

Please, by all means! 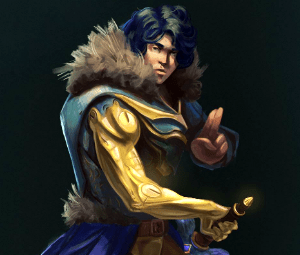 I am so used to werewolves being a fun time of changing into a wolf, like it sounds really cool on paper. But this makes it appear more like sickness or plague that must be cured. Also, the spreading of the sickness through unprotected sexual intercourse is a cool touch. Really cool article.

Thanks for the kind words, glad you liked it!

Oh wow, that quote at the beginning. That hit me right in the feels. Incredible article!

Thanks Cait, I try to start every article with a quote that established the tone. Glad this worked for you!

I love how you added that it can have those suffering from it turn into not just -wolf - form as it's most widely spread :) I've heard of actual cultures having their own were-cats and other animals so it's really cool!

Thanks Ivy! I did my best to really grab inspiration from all kinds of different were-creature myths and weave them into the traditional were-wolf myth

It's really interesting :) Both my Werewolves and my Vampires are conditions but I feel they're pretty much boring as I'm trying to "merge" mythical with as realistic as possible T_T Check them out if you want? I'll be happy to read any honest opinion.

I though both of yours were great! I did a vampire article a while back too! https://www.worldanvil.com/w/tairos-thechosenone/a/vampirism-article

Thanks! I hope you mean it :) I don't want people to tell me something is nice even if they think it's crappy >.< Do you think I can improve somewhere? I see that you're someone with experience in creative contents so I'm curious if you could help me with some pointers how to make my writings sound more like they are connected to an interesting-possibly-existing place? //You can respond on my wall if you don' t want to spam your awesome article here :)//