If history is a story, then it follows that there must be a storyteller.
— Unknown

A powerful figure in Qet's history, watching, always, from the shadows. 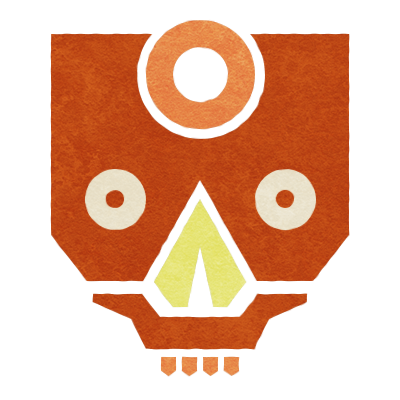 His energy had been sapped hours ago, and he could no longer walk. He'd gasp for air, for strength, but his mouth had been cut apart, time and time again, and carefully— cruelly— nursed into nothing more than a smooth canvas long ago. She had done it, almost cheerfully, and thinking of it made his blood boil— or it would have, years ago. Now, it merely brought his blood to a lukewarm simmer.   As if aware that her charge's thoughts had turned to her once more, she pulled at the chains forcefully. He could feel the cold metal rings tightened around his lower ribs pulling at the bones in dull agony. The barbed chains attached to them tightened, and scraped against his chest as his limp body was dragged along the ground. While his eyes were covered, he could hear her careful footsteps ascending a staircase before him— he gritted his teeth, preparing for what was to come. Thrrck! She had pulled too hard, a brief lapse in patience— as a result his left rib had broken. Lowering her hand, she allowed her charge a moment of rest— to heal. His breathing became rapid, and hot tears began to trail down his face as the burning in his chest increased, hotter and hotter until it felt as if his body would at any moment be set alight in a brilliant blazing fire— setting him free. But no such peace would grace his tormented existence.   His curse was that of healing, and the rib— broken a mere moment ago— fused itself back into position. His curse, once his greatest boon— a gift from the heavens. It could have remained as such, if only he had never met her. Now he was no more than a tool, one that, to her— was the best gift the cosmos could have granted. Whatever had bestowed this power upon him seemed great and vast— enough for her to feed off of. Every injury inflicted upon the tormented man necessitated that mysterious force to work once more. And each time it showed itself, she could collect its essence for her own usage. Through this, she had finally achieved what her younger self had long dreamed of— immortality. It was not power that she desired, simply, she wished to watch as history unfolded before her— a story told through endless millennia full of plots and characters she feared she may never see the end to.   And so she traveled the world, watching, observing. Learning. After a few centuries, she fancied herself an expert storyteller— she believed that she understood what made any particular history intriguing. Emboldened, she began to influence the story— poisoning an emperor here, forging letters of importance there, planting the seeds of suspense and drama wherever and whenever she could. An empire that lasts forever is wholly uninteresting— the true excitement is in the answer to a simple question; how does it fall?   A question she has asked more times than she can count. And she will continue to ask this, she imagines, as long as her immortal life continues. She is known by many names, but as she typically remains in the shadows— few have been recorded. The Mistress of Collapse, Usurper, Iron Roach, some have even mistaken her for Ul'jvot. There is but one constant— that which she calls herself: Storyteller Conklaat.

The Man in Tow

In the intervening centuries, even he has forgotten his own name. Perhaps it started with a "kuh" sound? He is unsure of even this fragment. Conklaat refers to him simply as "my source" or "cup." As the woman prides herself on her storytelling abilities, she refuses to allow her prisoner to witness her works in progress— instead covering his eyes with a jade mask whenever the pair venture beyond their current abode.

Conklaat does not create her stories for her enjoyment alone, one of her life's greatest joys is in seeing others feasting upon them.

History is the stele upon which I carve. While my efforts are not appreciated in the moment— it is in the decades past, when scholars piece together those events, that my stories are appreciated in full.
— Storyteller Conklaat

In many cases, the histories she has influenced have been lost— or greatly misinterpreted.   In these cases she often attempts to nudge scholars in the right direction by offering suggestions, uncovering buried artifacts, or by effacing their theories from the records upon their deaths— replacing them with her own.

History is written by the living, and as I will always be among them— I have the final say.
— Storyteller Conklaat

The chains attached to his ribs are permanent fixtures, alongside various other rings and hooks protruding from his flesh. He was once allowed to speak, to eat, to scream— in fact, it seemed that Conklaat quite enjoyed his screams and pleas for mercy. However, in a moment of defiance— he attempted not only to escape her grasp, but to undermine her story by warning a man of his soon-to-be death.   Unfortunately he was caught, and was forced to kill the man himself. Soon afterwards Conklaat would begin her cruel work on his mouth. Though he still experiences hunger and thirst, his curse will not allow something so trivial to end his life. Centuries of torture have broken whatever spirit he once had, and he now obediently does whatever he is told.

You should be thankful, cup, just think of all the stories you would never have heard had you lived whatever life you planned. This was the best outcome for you, trust me.
— Storyteller Conklaat 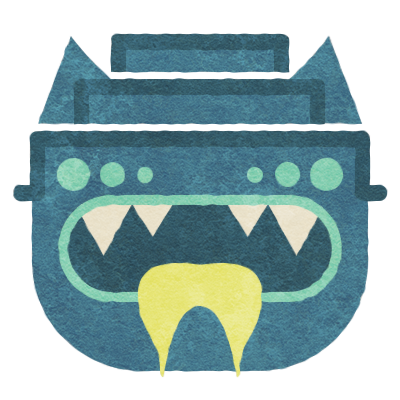 Conklaat and her prisoner are the sole remaining survivors of their race, the long forgotten Tuulad. They are tall, slender people, with slim faces and thin rounded noses. Raised lines run along the entirety of their bodies, like seams upon their pale grey skin. Round, yellow eyes look out upon the centuries, and their hair remains as black as it had in their youth. In fact— both appear as if in their prime, the same force keeping them both perpetually in this state. However, as Conklaat has been leeching this power from her prisoner, she is fit and healthy— while he is left somewhat weak and emaciated.   Conklaat's long black hair falls past her shoulders, with a triangular shape shaved from the front, bordered by braided strands. This continues the motif established by the seam-like lines upon her face, which create a triangle starting at the top of her nose and ending at the corners of her mouth. Above this, pale-red face paint often covers the upper half of her face   Typically, she dons whatever allows her to remain concealed in whatever culture she is currently residing within, usually cloaks. However, she still dons one item from her past— a now worn braided leather choker with a polished obsidian stone held at its center. Alongside this, obsidian is embedded along her upper left arm, a reminder of the time when her prisoner had attempted to fight back, and left a wound in the same spot. While it had healed shortly after, she had found the encounter quite amusing— and ensured that neither herself nor her charge would forget the occurrence, nor its outcome.

Beyond the smooth spot of skin where his mouth once was, and the various rings protruding from his skin, there are no further scars or alterations to his body. The seams along his face display with straight lines running from the outer corner of one eye to the other, over his nose, and then straight down to his jaw. As for clothing, he retains none from his former life— simply donning whatever is forced upon him. Given the notable modifications to his body, this almost always covers the whole of his body. A bronze mask is also donned in public, covering his eyes and mouth. This mask bears the resemblance of a deity from a civilization long past.

Please pay him no mind, he is not well— as you can see I must lead him, for he is too afflicted to even speak, let alone see.
— Storyteller Conklaat

This is an inner demon, personified.   Once upon a time my worldview was not too dissimilar to Conklaat's— I made my every choice based not on what would be best for me or others, but based on what would make the best story. I often sat and contemplated, "wouldn't the story here be much more interesting if I killed myself now? Imagine the drama, the suspense, and the development everyone would go through! My own life story would have a wonderfully tragic end, right?" That same siren still sings to me sometimes, thankfully not about suicide these days, but things along the lines of "hey wouldn't it be more interesting of a story if you..." I don't entertain the thought too often.   One of my biggest defenses against suicide is also embodied in Conklaat— I remain alive largely because I wish to see history unfold. At least, this was an incredibly effective line of thought for me when I was younger— it still plays a role today, but now I have things I wish to do before I face my end. It is also important to note— that is where my similarities with Conklaat end, I am very much not a sadist. 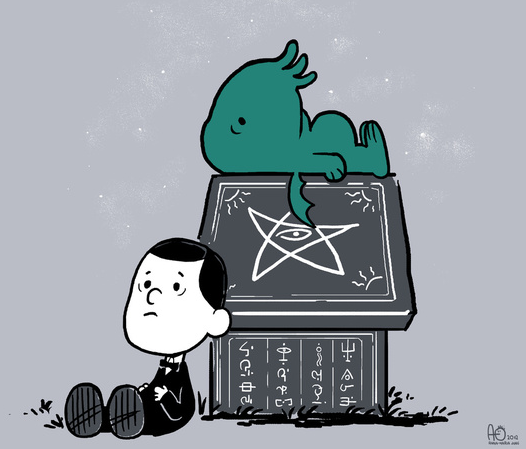 "She had done it, almost cheerfully, and thinking of it made his blood boil— or it would have, years ago. Now, it merely brought his blood to a lukewarm simmer." This line is so awesome! It truly brings out what your trying to say, all and all, a great piece. 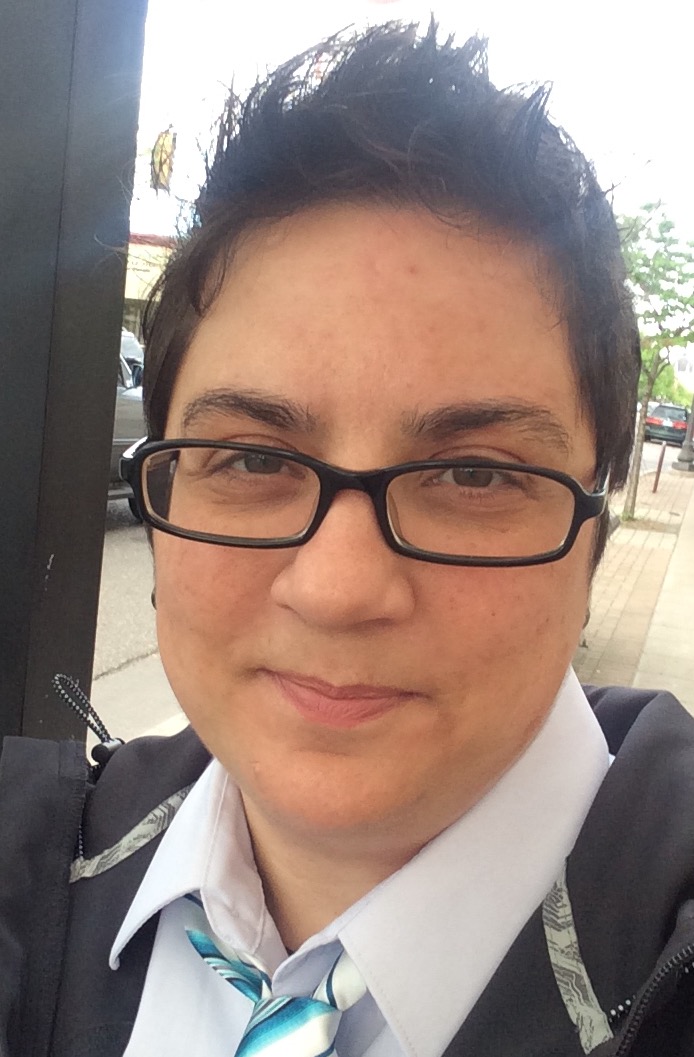 "History is written by the living, and as I will always be among them— I have the final say." ~ I love, love, love this line. To me it perfectly encapsulates all of her motives. Thank you for sharing this very personal and honest look into the darkness of your world. I'm glad you have found things worth living for.

Thank you for the kind works! I'm glad it resonated! And yeah, I'm glad I have found some, too!

Much much love for this Timepool <3 I love how Conklaat's own wishes to see history mutated from one part to another--influencing the story is a delightful motivation, making the Teller also the mastermind behind the *reason* for the telling. I am very glad that the curiosity thoughts have progressed mostly past impacting your own personal story and into the worlds you're sharing with us. Look forward to much more history and events to unfold in your worlds and art for quite a LONG time into the future!!! <3

Thank you! It's good to know that part of my weird brain could translate to an interesting character! I'm hoping to write more with her in the future for sure.   Yeah, I'm glad that progressed past there too. It was likely spurred by other things affecting my mental state during that period of my life, which are thankfully long gone— and won't return.

Well this was both a terrifying and powerful read. There are so many sentences here I wanted to pick out and hold up as my favourite, but I can't choose just one. I feel desperately sad for the prisoner, but as a writer I kind of relate to the storyteller too. Which is horrifying, to be honest. XD

Thank you for the kind words! Neither of them are in enviable positions haha.