Many things inspire me! History, science, and cultures around the world, especially. I want my world to feel a little more grounded, so, whenever I start on something, especially if I find some difficulty in deciding how to make it feel real— I look into similar things from the real world to see how mine could work— if at all. I'll go over what inspired me when coming up with particular aspects of Qet— if I went over everything this article would be endless.

My races are (mostly) human, at a base level. When the first of their kind are born from Auroul, the Mother, they are quickly evolved to live better in the environments they were born in. With this, I avoid the anthropomorphic races that I'm less than fond of, and get something a little more interesting.

The Beuttep are born underground, and as such— do not have the need for eyes. Instead they navigate by way of echolocation— and smell, to a lesser extent. I researched the anatomy of bats, dolphins, and other echolocating animals to see how this would manifest in the anatomy of the Beuttep people, and learned that the leaf-like noses many bats posses help propagate the sounds needed for their echolocation. In the end, I gave the Beuttep similarly adapted noses and ears, and removed their eyes. 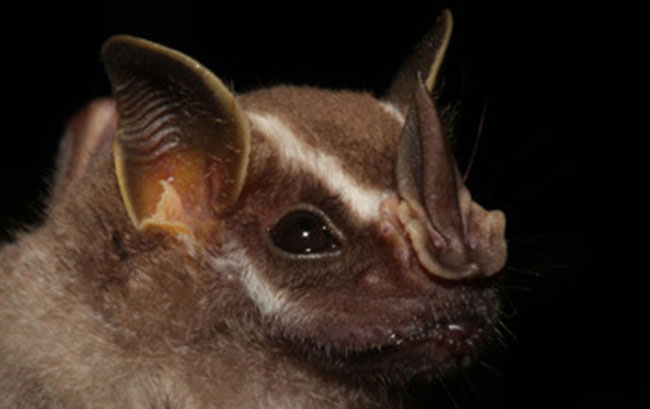 The Linnh were brought into existence alongside the lush and dangerous jungle of Ytoulch Chotol, I felt my mind wandering too close to a stereotypical "tribal brutes" idea, so I forced it into the opposite direction— researching animals that run away from predators rather than fight them. They've taken on aspects from dolphins, otters, and more obviously— red-eyed tree frogs. Their bright-red eyes, in conjunction with bright markings on their legs— allow them to quickly stun predators with color, giving them a short time to run. As in the jungle, bright colors typically indicate danger, this is somewhat effective. 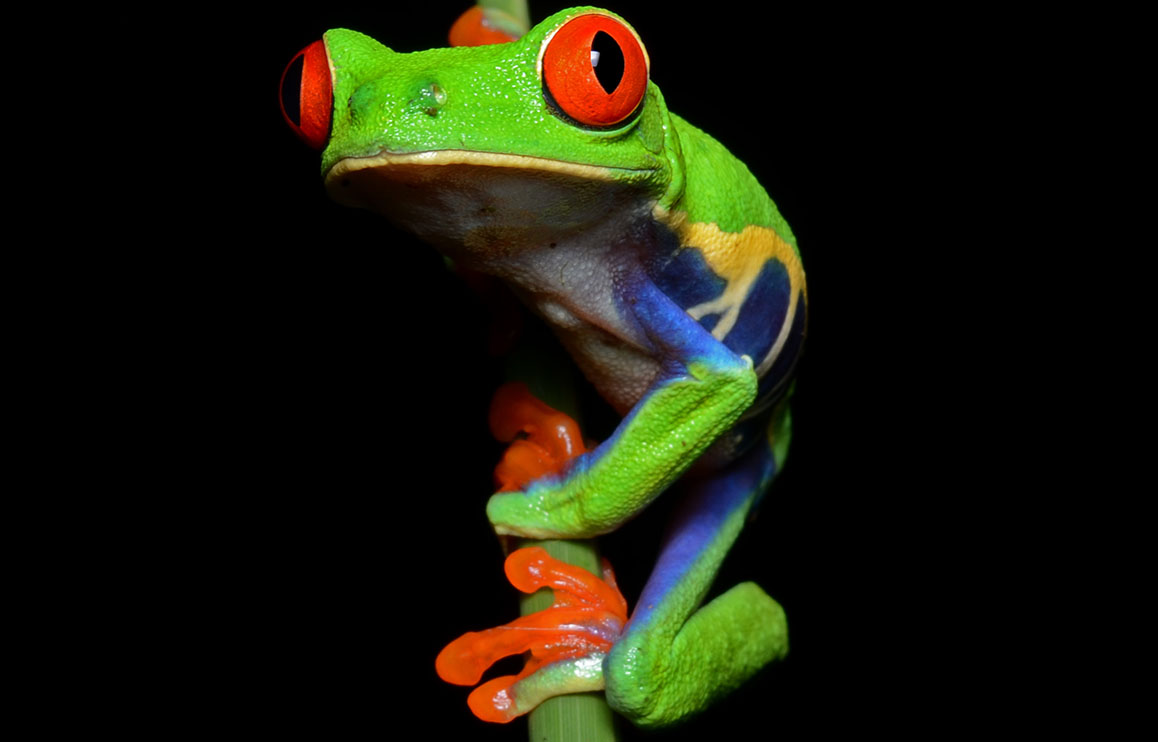 The Gokh are adapted to life along the precipitous mountain range of Nipinoul, and as such, must be well-suited to climbing. For this, I took inspiration from the Rocky Mountain goats, and gave the Gokh hoof-like feet akin to those of the animal, though, warped and changed to fit humans a bit more. Their hoofs, for example, are made of the material our nails are— and as such, are a similar somewhat translucent yellow color. 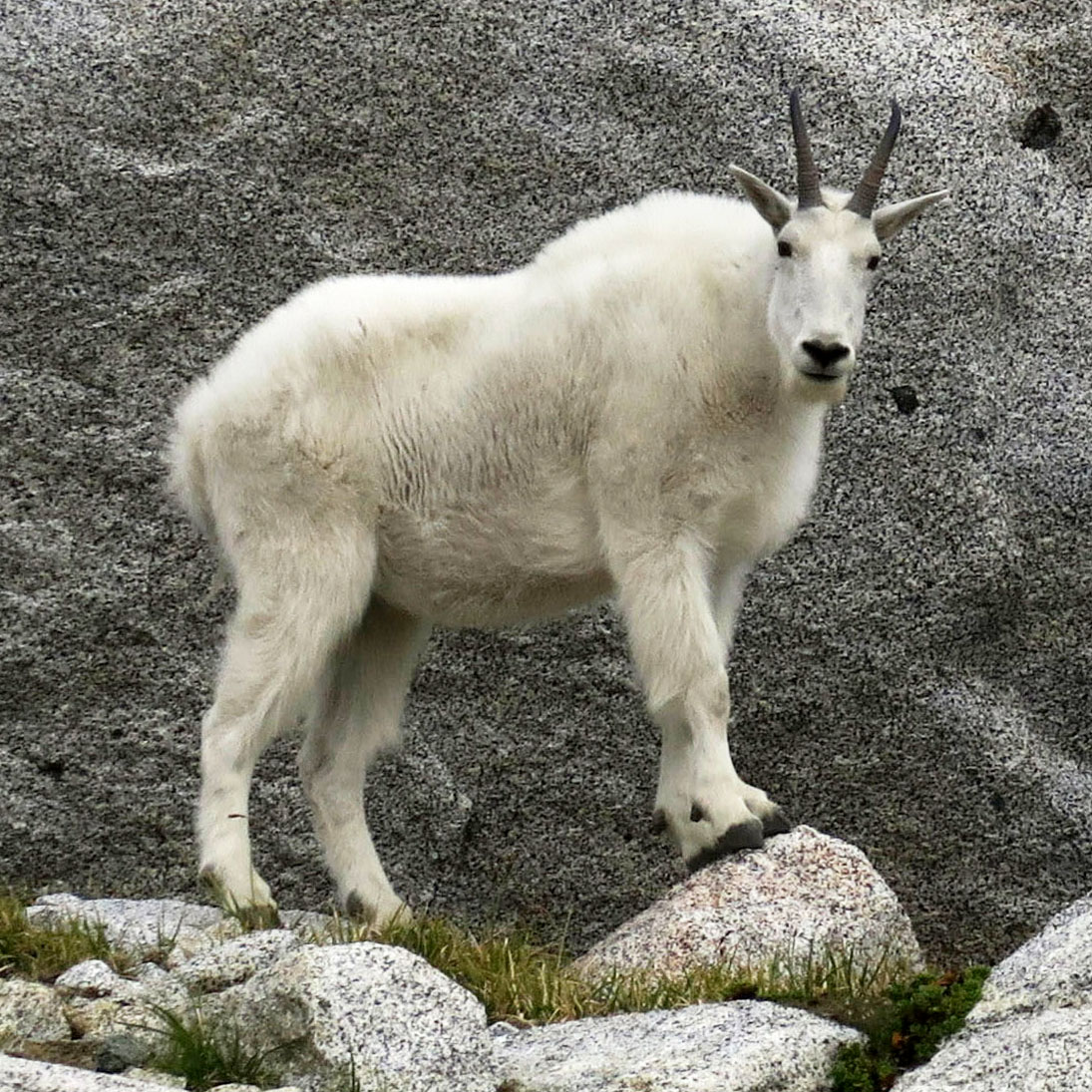 For the Kyteux I had to dig a little into what sorts of things lived in wetlands, eventually finding inspiration in herons— from which, I gave the Kyteux elongated legs for easier wading. I decided that these wouldn't be particularly strong limbs, as herons appear as somewhat graceful creatures, and that the Kyteux wouldn't be terribly adept runners. With this in mind, I elongated their necks, so that they would be able to see threats from farther away and get a head start. 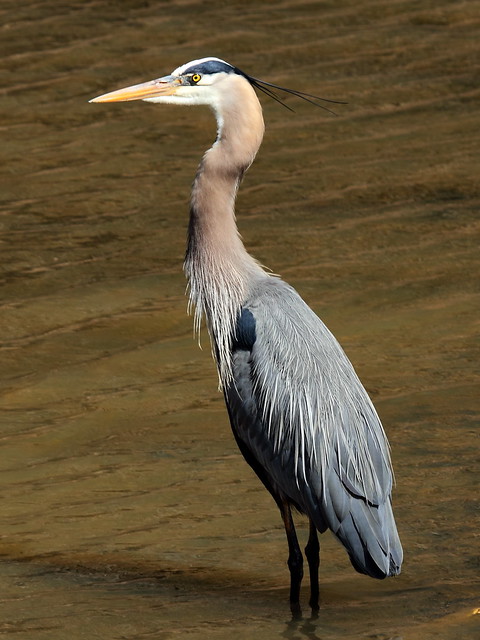 I am extremely fond of deserts. Cipou Canyon— which the lands of Zilopnou occupy— is inspired heavily by the deserts of New Mexico and Arizona. A dry, hot climate with low shrubbery and sparse trees, mesas and similar rock formations loom in the distance.The stone that makes up most of the area is iron-rich, and is effectively Navajo sandstone. 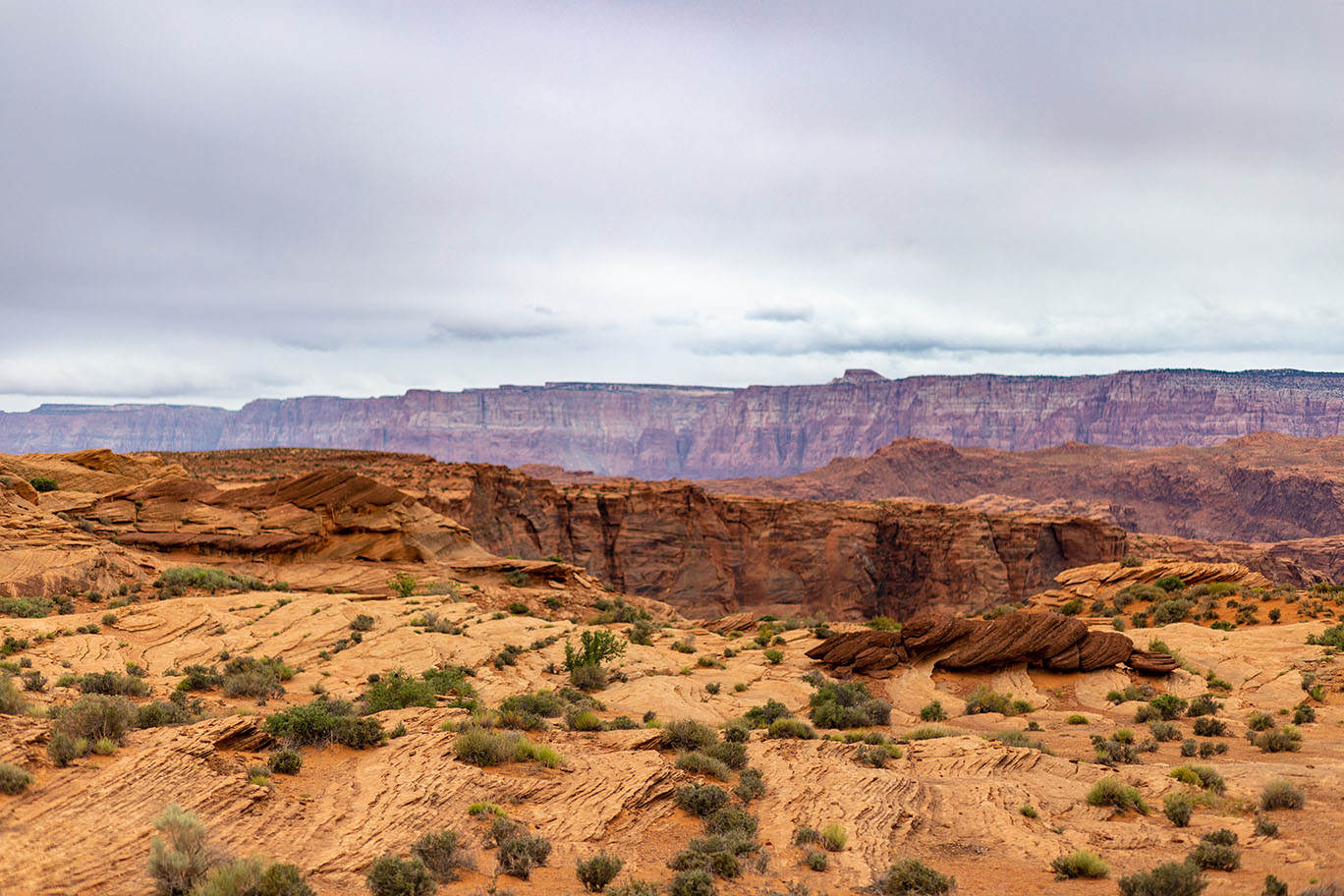 by Geoffrey Lewis
The government of the nation is akin to ancient Greece, as it is a coalition of various city-states. To avoid drifting towards a carbon-copy of Greece, I mashed both Athens and Sparta into a singular city-state— Lliaq. This left me more room to flesh out the four city-states into more unique entities. For their architecture, I took inspiration from ancient Egypt, Pueblo, and various other cultures that used adobe in their construction. 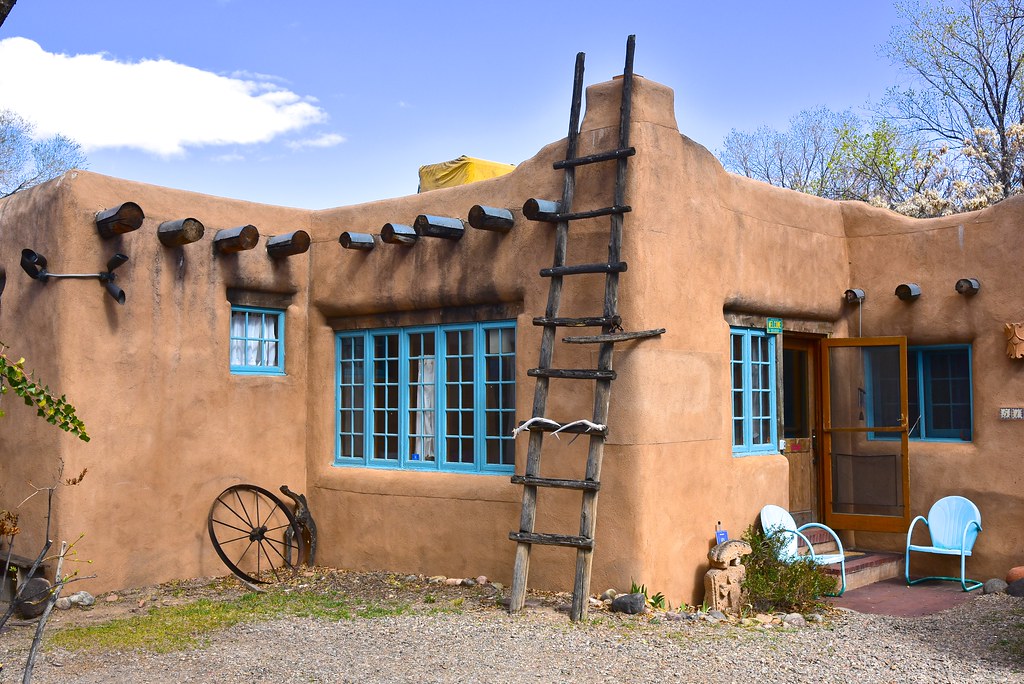 Tteunor is situated within the vast subterranean expanse that is Tchaoxlik. I took inspiration from places such as Coober Pedy, Er Wang Dong, and Tu Lan Cave for the geography of this vast dark-kissed place. Of course, I've thrown in some more wild elements to keep it from being monotonous. 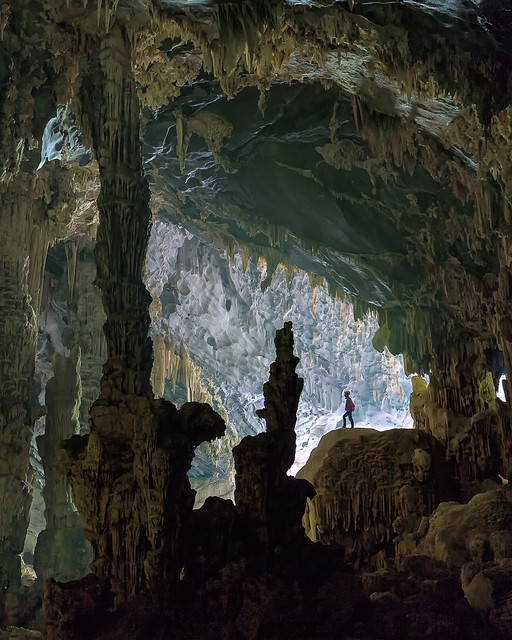 by Lukas Schlagenhauf
Their government isn't taken from anywhere too particular. Their architecture, however, is. I took inspiration from some Gaelic tribes, and Bories Village— dry stone is the core construction material for the Beuttep as there are no winds, storms, or the like to knock over their structures— and there is no lumber within Tchaoxlik. 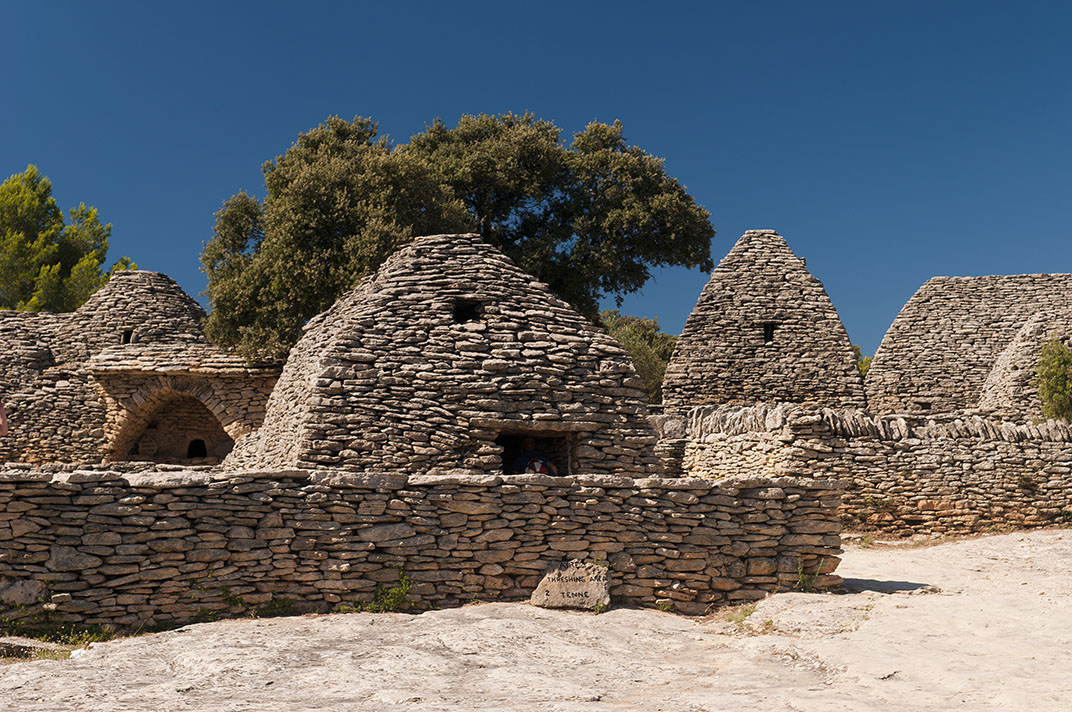 For monster design I've taken inspiration from things such as Dark Souls 3's sewer centipedes, Bloodborne's...general flavor, and concept art from The Sunken City. I like things that are a bit more wild, and unsettling.

For general writing— which affects histories, characters, and the like, I've taken inspiration from authors such as Anton Scheller, Truman Capote (I learned the all-consuming power of the em-dash from his work), and of course H.P. Lovecraft.

For world building in general, the lovely community here on World Anvil has been a great boon— gaining insight, feedback, and other aid such as CSS help has been a great help for all of this, and only makes me want to delve further into this project— not to mention the great work others are doing on here with their own!
Archived Events

I love the way you look at the world through the lenses of science and history. I look forward to see more of your world this Summer Camp!

"If we wait until we're ready, we'll be waiting the rest of our lives." -Lemony Snicket
Powered by World Anvil