I don't know how, but I understood the strange letters etched upon the surface of those crumbling ruins. They made me feel sick, lightheaded— I couldn't stand to read more than a few words. My partner read the whole thing, she died the following morning.
— A lonely scholar

Duuae was the first language spoken by mortals in Qet, directly leading to the rise of the first civilization— the Waade?. However, Duuae was also directly responsible for the fall of Waade. 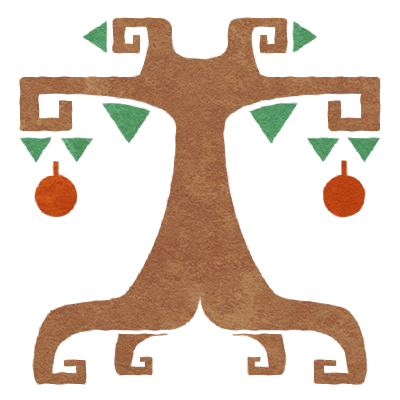 Duuae was an immune response of the dead god Qetlon's body. When various parasites first began to emerge from the still warm corpse, they also revealed their locations to Duuae— which wasted no time in responding to their presence. As an immune response, Duuae was able to quickly replicate— as more people spoke and wrote the language, more would hear and read it, therefore learning it for themselves. In turn, the new speakers would pass it on to even more parasites— rapidly expanding Duuae's influence.   Now armed with the power of language, these parasites began to build Qet's first civilization— Waade. Meanwhile, they continued to speak and write Duuae. The once disparate tribes now began to congregate within the borders of the growing civilization— becoming a much easier target. Duuae bade its time, waiting for an opportunity to strike— allowing the Waade civilization to flourish for nearly a full century.

Qetlon was dead, however, which meant that Duuae was slowly but surely dying on its own. Those who spoke it would begin to forget words or letters, some would find it harder to pick up, and others would be unable to hear or read it at all— as if the language was never there. The time to strike would pass well after Duuae had the strength to deliver the necessary blow.   So, on a fateful day, it took action. All at once, the first civilization and its many people suddenly perished overnight. And alongside them, Duuae itself— which would exist only in written records. Records which over time would be ground to dust, and forgotten.

While Duuae is technically dead— all it would take to revive it is one fateful encounter. On occasion it is uncovered by curious scholars or accidental happenstance, but those who do come across the deadly language have yet to survive their encounters.

Upon hearing the language, one already understands it. Duuae does not rely on one's physiology to be spoken— after all, it must be flexible to be effective. Rather than using one's mouth, tongue, or vocal cords, one simply speaks it. This is difficult to describe without having experienced it. If one were to hear Duuae— and thus learn it for themselves— they would understand this.

The sound of Duuae cannot be expressed easily through written words, as the sound is also a feeling. In a sense, it sounds as if one is being watched— like the air around them, and the earth below.

Duuae script is an art, as mentioned before— it is always perfect. Each word, each sentence, each paragraph, story or body of writing is a work of art in its own right.
Writing, however, is a bit different. Duuae script is written with whatever the writer has on hand— be it a brush, a chisel, or their own hand. Regardless of the implement, however, the script always appears perfect— and is consistent across each medium. Like the spoken language, it is learned simply by reading it.

Organization | Feb 17, 2021
Languages
In response to the prompt Write about the death of a language in your world.

Wow, the idea of a language being literally alive is just fascinating! A wonderful article.

It's short and sweet but this has to be one of my absolute favorites. It's so unique. I mean this is a cosmic horrorish critter that is, itself, a language and alive. Even when dead, it cant truely die so long as there is even a little bit of the language to be read/spoken. Oof. Beautifully done.

Oh thank you! That's some high praise! As long as you don't say it in Duuae we're good.