The Broken Light in the Night Sky

Quick, everyone, It's almost time! The shards are about to reveal themselves!
— Old Vibbe

Hahnidiyya is the smallest of the two moons that orbit around the planet Ujai, the only known source of life in existence. It stands out from Vardni, the other satellite, due to its smaller size and the fact that a part of it seems to have broken apart, leaving tiny bits of rock trailing behind it. Such smaller fragments are seldom visible in the sky.

From the surface of Ujai, people have been able to observe that Hahnidiyya is a spherical celestial body that has, at some point, suffered a great calamity that tore parts of it away. The great wound at the moon's side has left the very surface of the satellite scarred. Some have observed large gaps through its surface while others claim that more of it breaks apart with each passing day.

Those pieces of rock and metal that have separated from the bulk of the moon are called the Scattered Shards. They are too small to see from a distance on most days, but occasionally enough of them may reflect light, thereby revealing the broken pieces to those down on the planet.

People from Ujai associate the illumination of the shards with different omens, and there are specific holidays dedicated to observing them.

Occasionally a piece of the moon falls from the heavens, crushing anything unfortunate enough to stand where it lands. People from nearby settlements will investigate the site soon after, in hopes to carry away as much of the material as possible.   The pieces are sold to smiths who will then turn it into shardsteel, a valuable alloy of carbon and the iron-like ore acquired from the celestial object. Shardsteel tools and weapons are far more durable than ordinary steel. 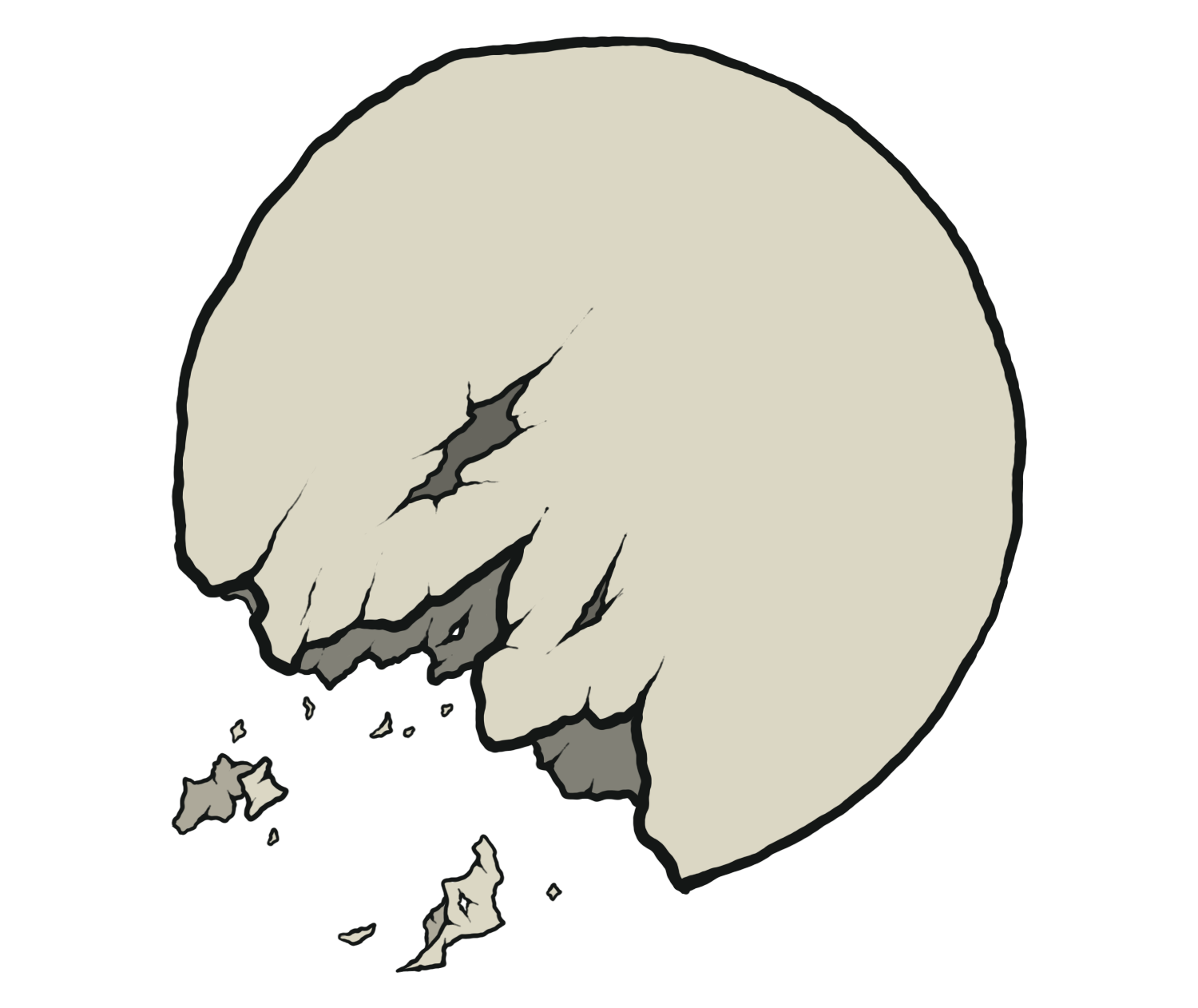 I love this! A broken moon, trailing shards, is fantastic. I really like the addition of some of the shards falling to the surface of the planet too -- space-metal is always so intriguing and exciting :D

What a fantastic concept! I love the idea of swords made from broken fragments of moon. Poor people who get squished, though :(