Home of the Tatanka Roundup

Hidden within the rolling hills of the Cradle of Clay lay valleys and canyons, only visible from the crest of a hill or the edge of a dale. These hidden places provide shelter and safety for all manners of creatures and people, staving off pouring rains and heavy winds, everyday occurrences in this place. These low spots are where many creatures make their homes, including the large Tatanka that roam the Cradle, moving to find the best grazing to keep their bellies full. Amongst the many valleys that hide amongst the hills, by far the most famous is Tantes Hollow.   Once little more than a large valley between two equally large hills, the place known as Tantes Hollow has become an important piece of the cycle of animal husbandry for the Clay Giants. Here every winter, Tatanka are gathered and corraled, ready for a winter of safety away from the dangers that lurk during the strong storms the season brings. The Tatanka Roundup brings multiple herds to the Hollow, ready for vaccinations and winter feed that keeps the large creatures sound and well-taken care of.    This area gains its name from the large herds of Tante that once called this place home. During the winter, it wasn't uncommon to see spots of brown mixed with the blinding snow as the creatures huddled and grazed, the winds not as harsh down low as they were on tops of the hills. When the need for the Tatanka Roundup became apparent, this valley was the perfect place, harkening back to a simpler time and the great knowledge of roaming creatures. 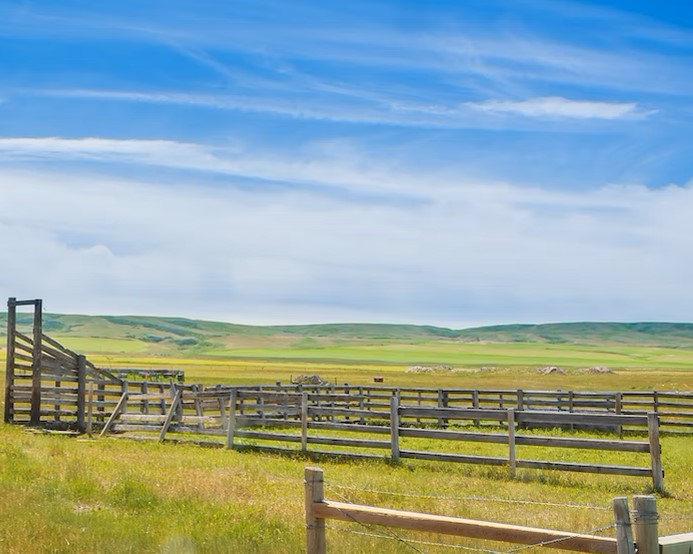 Prairie Farm by David Thielen on Unsplash
Once the area of Tantes Hollow was chosen for the Tatanka Roundup, the corrals were the first things built. Made out of heavy woods brought in from the Timbers of the Furnace, these corrals were made to withstand the fighting and charging that often took place within the herds.
Tantes Hollow is one of many large valleys that can be found throughout the Cradle of Clay. Surrounded by rolling hills on all sides, this area has historically been considered a safe place for the herds that roam these plains as it is often sheltered from the winds and some of the harsher storms that have been known to occur. Long before the area was known as the home of the Tatanka Roundup, Tantes Hollow gained its name because the large Tante that roamed the area tended to gather here during the colder months.   The two entrances to the Hollow can be found at the northern and southern ends of the valley, protected from the easterly winds by a large hill on the west side of the valley. The eastern side has a smaller hill, but this hill is still rather large in comparison to others past the valley.   At the lowest point of the valley, a small pond exists that is fed by a natural spring. These types of ponds are not uncommon throughout the Cradle of Clay, but the size of the pond in Tantes Hollow leads many to believe that easy access to water is why the Tante originally chose this area.   The corrals are situated close to the pond so that the Tatanka have ready access to water throughout the winter months. A few scattered buildings surround the corrals and hold shepherds, goods, and feed for the herds in case of large storms that make it difficult to travel.

Originally nothing more than a simple valley named for the Tante that roamed there, Tantes Hollow became more widely known when the necessity of the Tatanka Roundup was realized. As the Clay Giants began the prospects of corraling the herd for the winter, Tantes Hollow became the perfect location to hold the herd and provide everything they needed.   Corrals of this magnitude took nearly three years to build and another two years to build the additional buildings necessary to live through the winter here with the herd. Time was spent digging small irrigation ditches from the natural pond to move water to areas further away from the original water source. Everything was done with painstaking detail to ensure the safety of the herd. 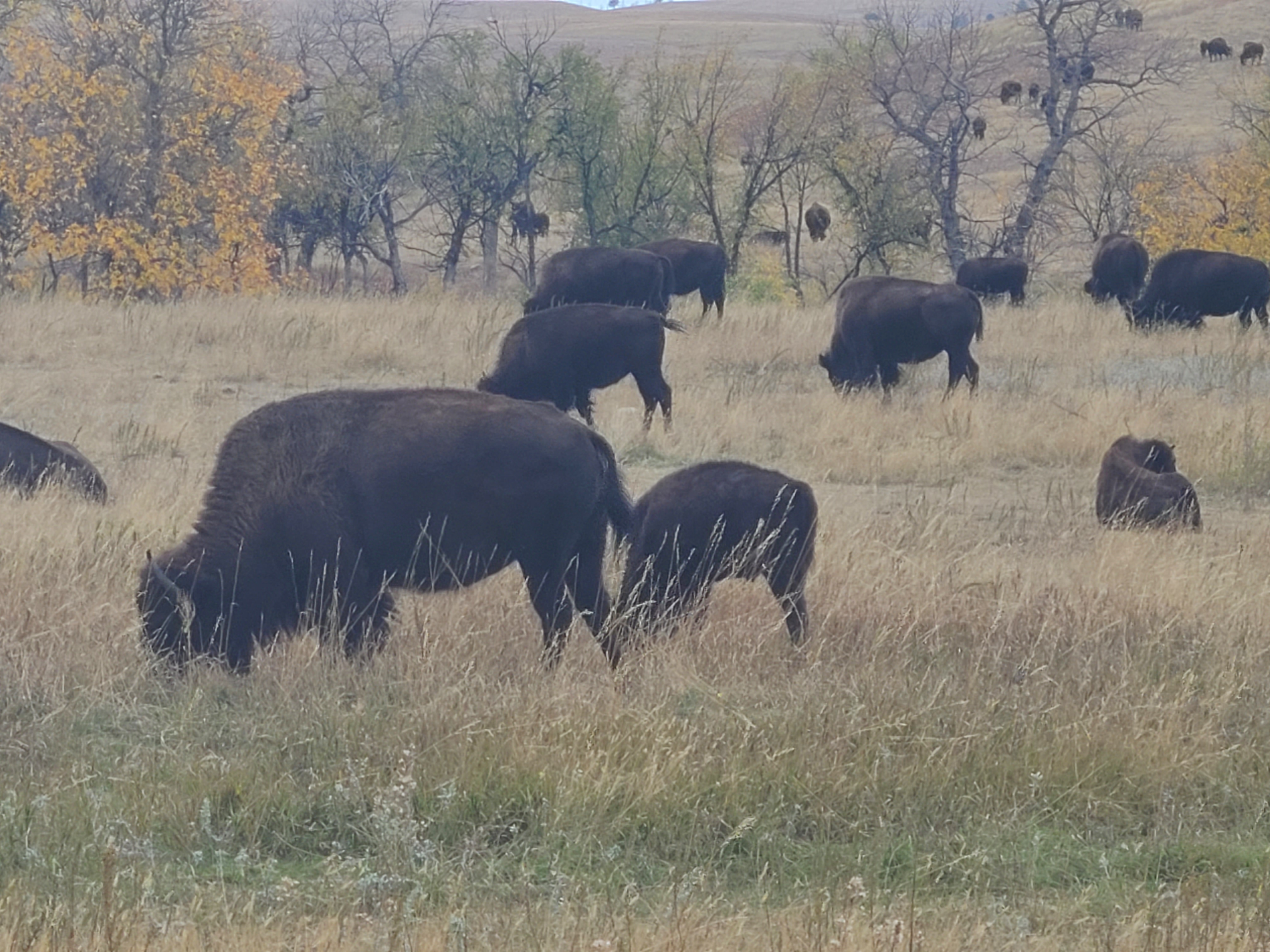 Bison Roundup by RiverFang
The goal of the Tatanka Roundup is to limit the roaming space of the Tatanka during the winter months to provide greater safety for the herds. The Clay Giants provide many shelters, plentiful food, and vaccines for many of the common diseases that would wipe out large parts of the herd if left unchecked.
Alternative Name(s)
Tatanka Valley
Type
Valley
Location under
Cradle of Clay
Owning Organization
The Cradle
Related Traditions

Tantes Hollow is a common place for people to travel, especially in the winter months when they can witness the majesty of the Tatanka. Throughout the rest of the year, many intrested in animal husbandry travel to the Hollow to learn from the shepherds that spend the warm months doing repairs and preparing for the cold months ahead.