Village Hidden Amongst the Timbers

Deep within the forest, voices do not sound. Silence rings throughout the Timbers of the Furnace, blanketing everything, creating the atmosphere that gave this place the name of the lonely forest. Amongst the trees that allow no passage, that move and shift, a twisted wonderland only for the trees, one will find what the Dwarves call Prospect Valley, a glade of trees and deep wells that hold the bountiful gems and metals that the Dwarves so covet.
No town rests in this valley, at least not in the traditional sense. Some call the shanties and tents that are lived in nothing more than a ghost town, a dead settlement that never should have been. The Timbers of the Furnace wish for the presence of no one, there is no worth to be found in building Dwarven towns outside of the safety and comfort of the Great Furnaces. Prospect Valley is considered an insult to the great cities found below, but its value is beyond compare, even if it is nothing more than the shadow of a village.
Here in this small village of shanties, the miners find deep veins of ore, running in crevices between the unforgiving trees. Hundreds of miles from anywhere, these miners are left to their devices, to mine and keep watchful eyes turned on the trees. The sounds of picks and hammers on stone do not echo here, quiet and silence ring. Prospect Valley is the closest one could find to nowhere but somewhere, if the trees would allow you to find it. 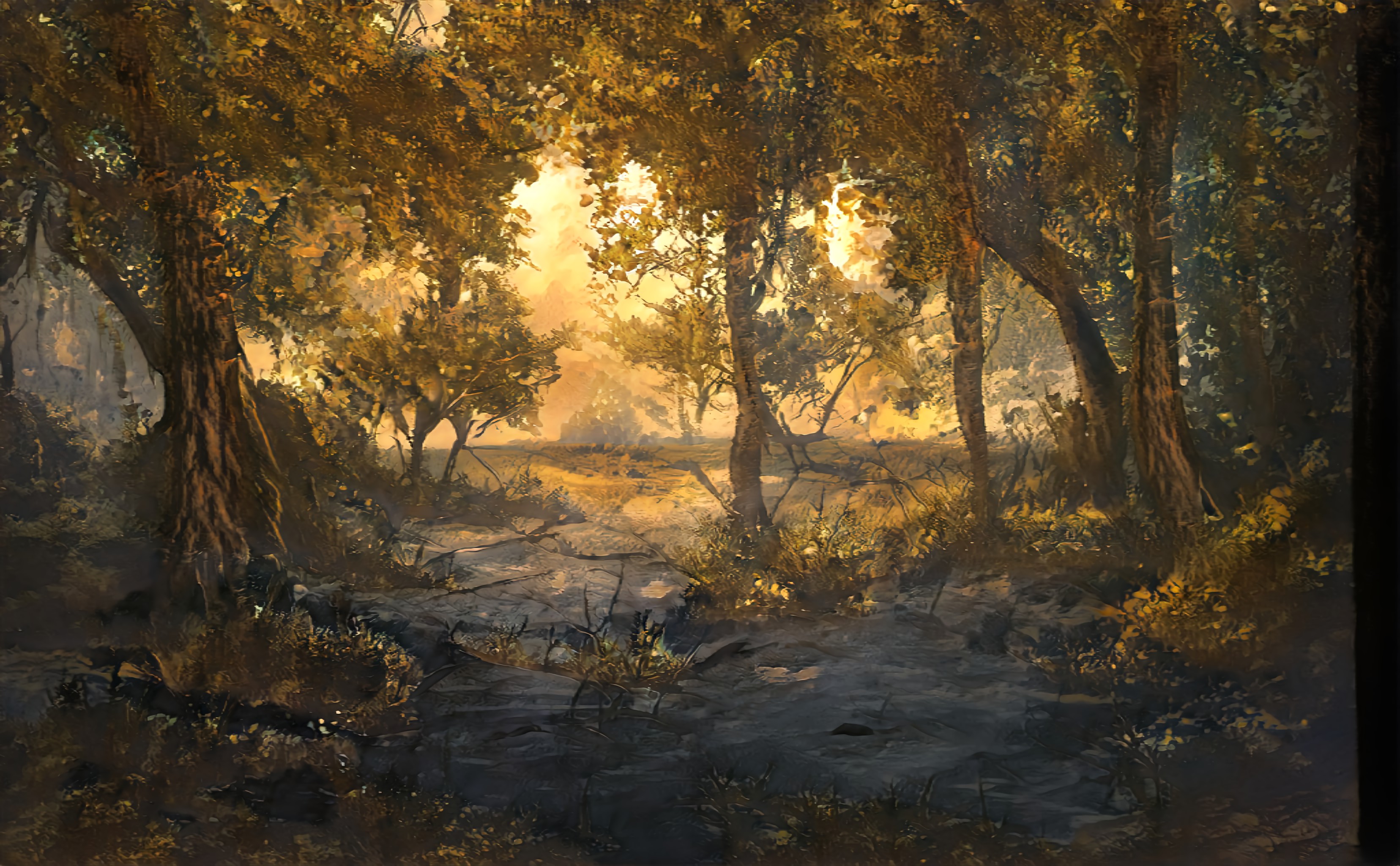 Prospect Valley by Landscape via Artbreeder, created by RiverFang
Deep within the Timbers of the Furnace, shanties appear in the distance, hidden in what the Dwarves call Prospect Valley. This glade and its deep wells are full of precious ores and gems.

Prospect Valley is a small mining village that was established by mistake. A group of miners, meant to report to the mines in the Great Furnaces, became lost within the Timbers of the Furnace. Because of the twisted magic of the trees, the miners easily became confused and wandered for days before coming upon an open glade that dipped slightly into a valley. Believing it to be a safe place, the group stopped to rest and stumbled upon the ore veins when setting up their tents.   Because of the location of the veins, very few wished to travel to the area, and fewer still wished to mine so openly in the Timbers. Those that had originally been lost and reached Prospect Valley took on the project of mining the great veins of ore they had found, keeping their camp small. Over the years, a variety of miners have traveled to the valley, but there are never more than eight miners in the camp at a time.
Settlements
In response to the prompt When people say "the middle of nowhere" or "the frontier" what settlement name do they use?

I love the haunting tone this article has. Seems to be worth it for the dwarves who mine there. :)