Fortress of the Ainspur Dragons

This large mountain was once the home of a Copper Dragon lineage that passed down the name of Ainspur, they were a long-lived family that boasted great tactical knowledge in the way of building defenses and fortresses to repel a great deal of threats. The Dragon family was greatly reduced during the Eldritch War as they sought to defend their territory and the lineage eventually came to an end leaving behind a fortress christened in the name of Ainspur, a rumored dragon hoard, and an army of Lesser Dragonkin that sought to stand guard over the last home they knew.   The mountain has been hollowed out and contains a large fortress that is located on the western edge of the island of Visk, sporting a substantial vantage point for observation. It has sparse vegetation that has been burnt back so that no one can approach easily without being seen. Along the rocky surface, there is a myriad of hidden entrances, observation points, and traps that can be activated by the residents of the fortress. A single, steep road leads up to heavy gates made from Swamp Timbers of the Southern Continent that will not burn and have an incredible resistance to acids, corrosion, and decay. Beyond these gates lies a grand fortress riddled with tunnels, secrets, treasure, traps, and an army of Copper Lesser Dragonkin that hold the tactical teachings and defensive measures developed over thousands of years by their late patrons.   This area is zealously defended and led by a single Lesser Dragonkin named Thynsel Wideshield, the commander of defenses and captain of the guard. They openly maintain relations with the Council of Metallic Dragons and other organizations historically friendly to the fortress but overall they are quite closed to outsiders, repelling attacks from invading monsters and Brigands that see them as easy targets became a part of life. Currently the fortress is seen as a safe haven for young Metallic Dragons to visit or the nobility of the Fearsome Maw though even established friends are treated with a high level of caution. 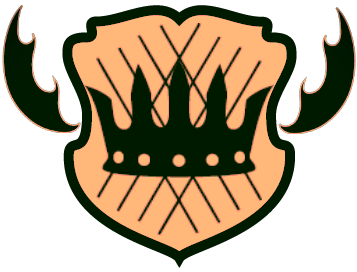 Ainspur Crest by Crest via Emblem Creator, created by RiverFang
Once a prominent family of the Zóni, the Ainspur Dragons fell prey to the destruction of the Eldritch War, leaving behind only the Lesser Dragonkin of Ainspur to protect their great hoard of knowledge and wealth.
This fortress serves as home for the Lesser Dragonkin of Ainspur, a military organization that has a storied history as the personal guards employed by the Ainspur Dragons throughout the centuries. During the tenure of the Dragons, they acted as a military force to occupy and protect the mountain against outside threats in the absence of the Dragon ruler or in defense of them during times of need. Due to the tactical proficiency of the Ainspur Dragons' lineage, the Lesser Dragonkin became an accomplishmed military force on par with that of most organized kingdoms in terms of defending their territory.   In the modern day, the fortress has no permanent Dragon ruler and acts as a safe haven for young Dragons, the final resting place of the last Ainspur Dragon, and the family hoard that is said to have been accumulated over countless years. Due to the nature of the Ainspur lineage being Copper Dragons, their hoard not only contains Gold and magical items, but is a library of maps, charts, trade routes, schematics, building techniques, and tactics dealing with the creation and defense of fortresses. It is said that no great accumulation of knowledge in the realm of defending a single area exists in the world nor does there exist more experienced Scholars than the Lesser Dragonkin that inhabit the mountain.   In the past, this fortress held great ties with the Fearsome Maw, acting as an early warning in case of coastal invasions or threats from the sky. Tacticians and architects from around the world sought audiences with the Ainspurs to broaden their knowledge, though seldom were any welcomed as the fortress doors were always known to be closed, guarded, and cautious of the outside world.

The mountain is said to be hollowed out with countless passageways, all of them uniform and professional after a fashion that would gain appreciation from Dwarvenkind. There are secret entrances, traps to interact with the outside of the mountain, hidden vantage points for attacking those both within and outside of the fortress, rooms dedicated to organization and storage, and to the surprise of many there are areas devoted to agriculture. The fortress has been made to be entirely self-sufficient with several sources of freshwater that enter the mountain through underground waterways and complicated mirror paths that bring light from the outside down to the lower levels so that crops can be sustained year-round.   The passageways throughout most of the mountain are small so that they only accommodate the stature of a Lesser Dragonkin or creatures of their own size, causing those of larger species to stoop and at times crawl in order to navigate the tight pathways. Despite their efficient organization, the mountain is a maze, outsiders can easily become lost with a few misplaced steps. To mitigate this, the occupying Lesser Dragonkin are trained from birth to understand the layout and capabilities of the fortress that they call home. Even the entrance to the fortress is a puzzle to properly open, laying aside the special materials that it is crafted from that present adequate protection from a variety of breath weapons. In order to enter the fortress, a traveler must pass 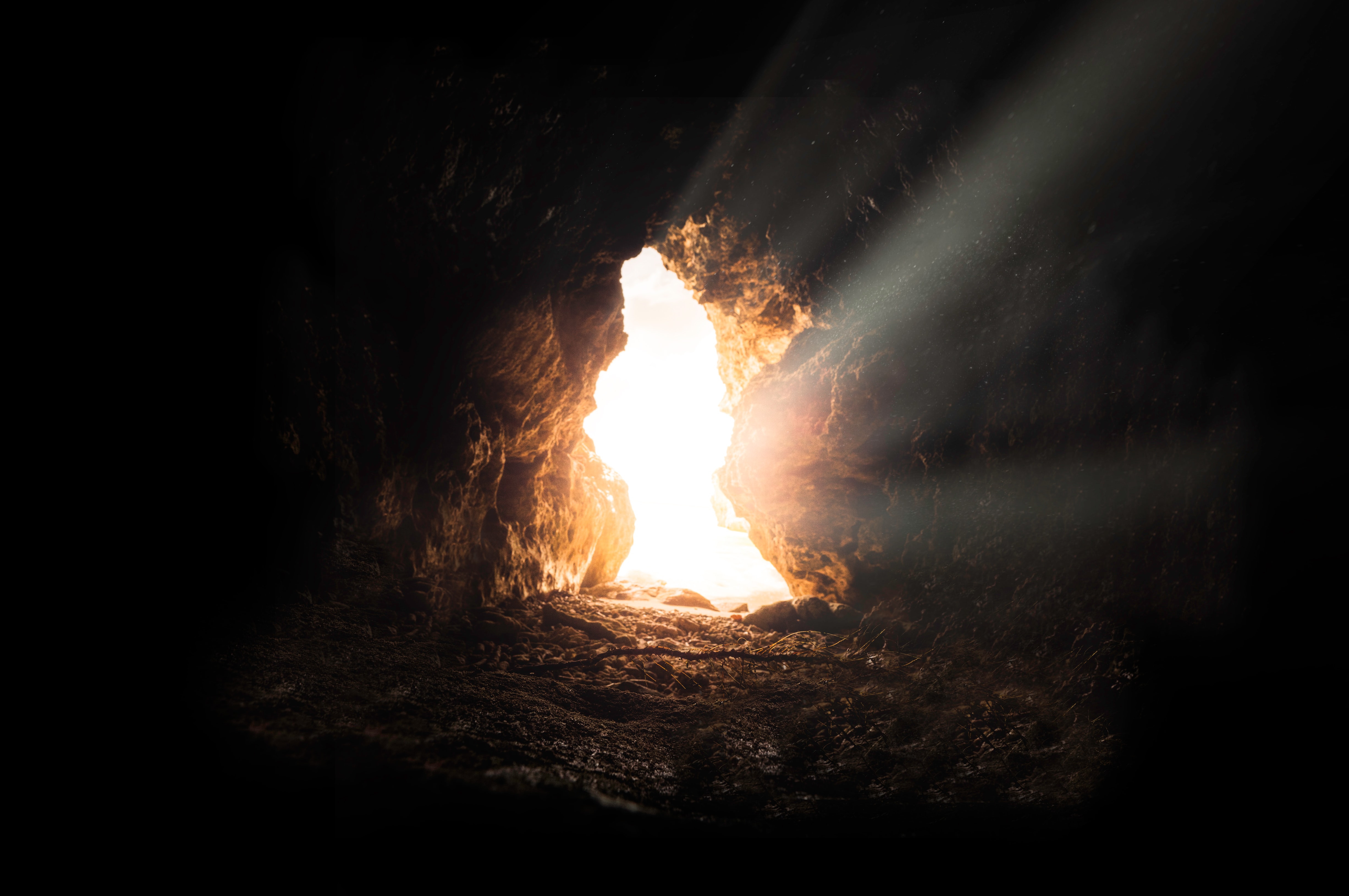 Sun Rays Inside Cave by Bruno van der Kraan on Unsplash
Ainspur is one of few places throughout Isekai that one can easily see the innovation and craftsmanship of the Lesser Dragonkin. This fortress is home to the Lesser Dragonkin of Ainspur, a military group that has created defenses, such as small tunnels, that fit their kind's small size.
through three gates, each of which is rigged with a series of traps that will either incarcerate or outright kill most creatures.   Aside from the rooms and structures that provide life support and fortification the dragon hoard is said to be far below in the center of the mountain in a vault that is so well designed that it could survive the near-total destruction of the fortress above. This vault has not been visited by any from the outside world since the Eldritch War.

The outer walls of the fortress are composed of the mountain itself, several feet of earth and stone compose the initial barrier between the inside of the fortress and the outside of it. However, in order to counteract the idea that someone could just dig through or that a landslide would expose catastrophic weakness the fortress has inner walls set with thick, interlocking bricks laid with expert masonry. These take substantial force to overcome despite their construction from mundane materials.   There is one prominent double gate through which anything can enter the fortress that up into the mountain so that the approach is a hundred feet of walking along a road that is bordered by higher ridges. This road is in a small canyon of sorts that ends in front of large, wooden gates constructed from Swamp Timbers of the Southern Continent. This exotic material provides a variety of benefits including an immunity to fire, making it a particularly effective defense against Red Dragons. This is one of three gates, all of which open outwards, and have portcullis behind them that have been made of various metals throughout the years depending on what the Lesser Dragonkin are expecting to face. Between each gate is a long 20 x 30 area that can be turned into a deathtrap as it is a fully enclosed space with a stone floor that can be mechanically retracted into the walls to fall into spiked pit traps. The walls of these rooms are also filled with several different slots that allow arrows, magic, and other attacks to be hurled from relative safety. The ceiling is also set with indoor piping and vats that can contain boiling water, flammable oil, or various types of potions and acids. Everything is made to be modular so that the Lesser Dragonkin can adapt to new enemies.   This design philosophy is seen throughout the mountain with everything from makeshift landslides, emergency passageway collapses, floors, and walls that can be mechanically moved. The entire structure is designed to be a complicated piece of equipment that preserves the life of those that stay within and gives them an edge against any would-be invaders.   Aside from the mundane defenses, the fortress has a variety of magical wards that are kept in place by a unit of Lesser Dragonkin Mages. Their job is to keep many of the wards in place against scrying, teleportation, curses, and the like as they preserve the status of the mountain as the lair of a Copper Dragon to the best of their ability. 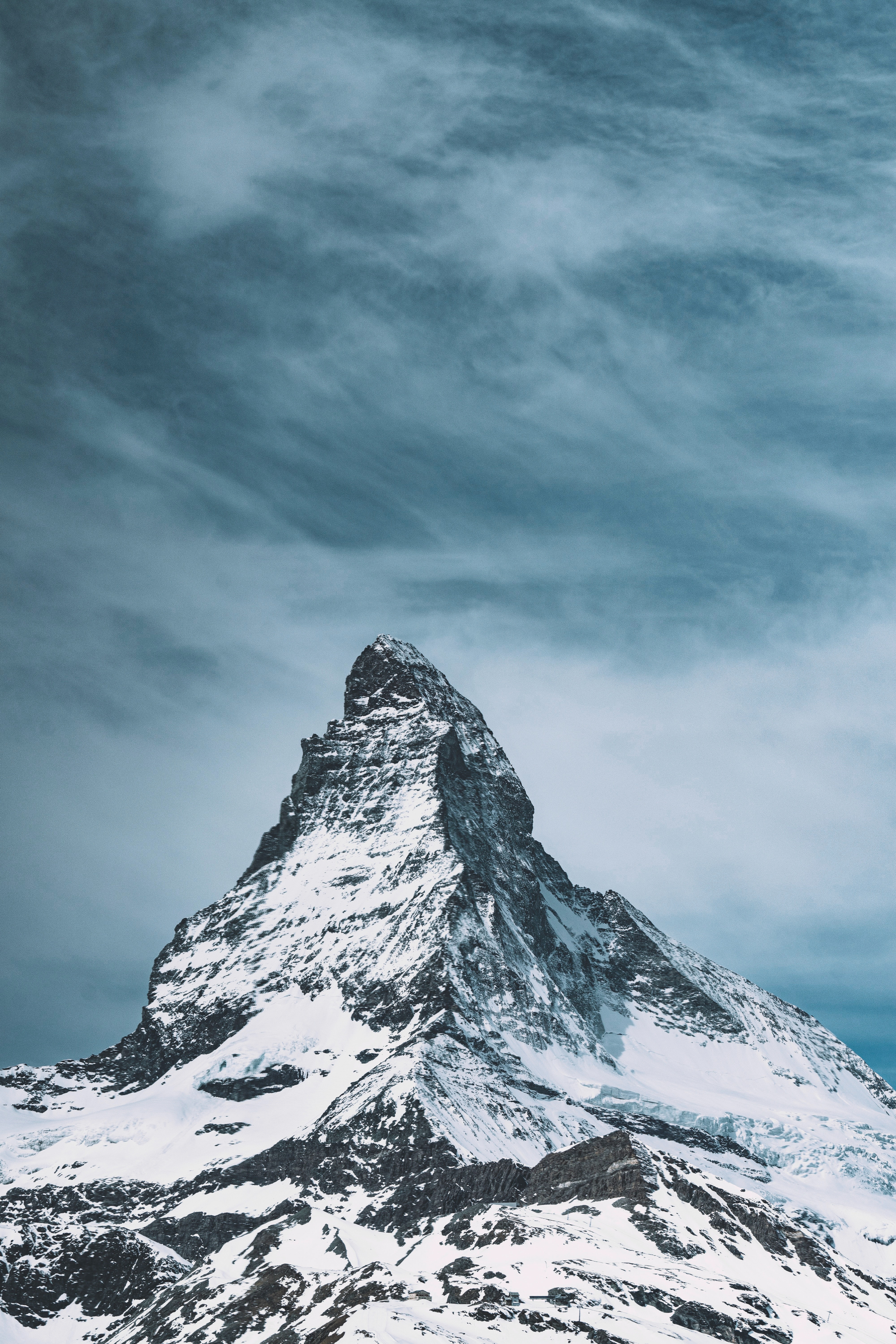 Everything in the fortress is carved from stone and entirely functional. Passageways are cut in a triangular fashion with the point towards the top that supports various tactics used by the inhabitants. All manner of decoration is done by carvings that are inlaid with Copper that sets them apart from the darker stone that makes up the interior of the mountain. A luminescent substance adorns the floor so that in the darker areas the guards can move quickly and easily without fear of ambush or obstruction since it is nearly impossible to try and conceal oneself in the upper portion of a triangular passageway. The doors throughout these halls are set into the mountain themselves so that they slide from ceiling to floor and have shackles at the base to easily lock them in case of emergencies. Instead of curves, these hallways are always in straight lines with intersections of triangular rooms that can support a passageway branching off from each side.   The central rooms are designed with high ceilings that come to a conical point, these rooms are generally round and lit by mirrors that redirect light from the outside of the mountain. The decoration around the fortress is sparse in the hallways and the main rooms see little more, ornate carvings are rare and often depict various members of the Ainspur Dragon lineage. Charts, maps, plans, and function documents generally are found on walls or suspended in rooms by Copper rods with a cross-section that can be lowered back into the floor for storage. Dining areas, furniture, beds, and steps are cut directly from the stone with some of them having the ability to be pushed into the wall and collapsed when they are not needed.