They say the tablin first appeared in Lartasia. It makes sense, their masks are a sure sign of it, but that makes me uneasy. In my nation, the wearing of masks is a tradition of a soldier. Its harder to empathize when you cant see the face. If the first tablin migrated here from Lartasia bearing masks... they did so to wage war.
— Sia 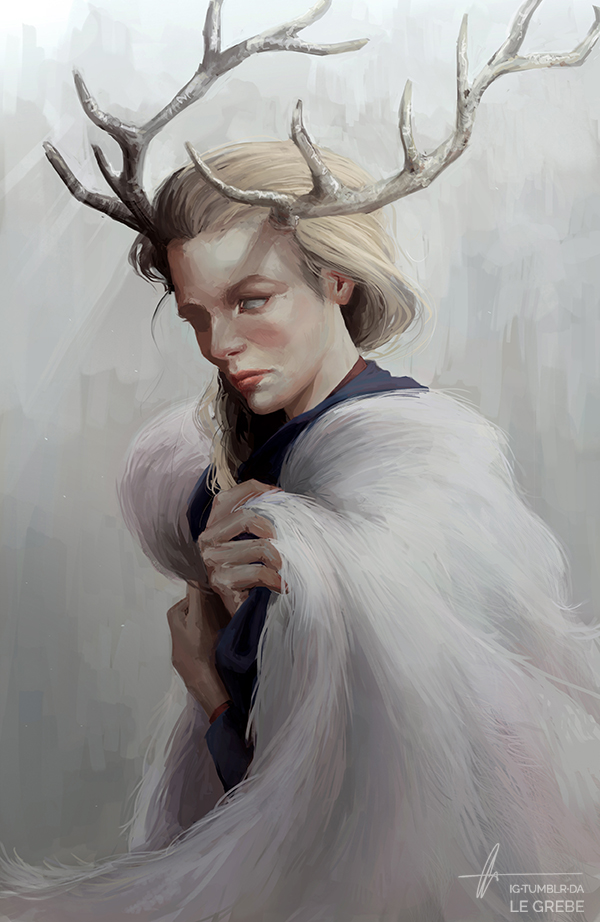 
The tablin are many things, but to call them a singular race is more than inaccurate, its disrespectful. While most do not mind the term, referring to them as a single species will likely anger them. Centaurs are centaurs and an elven woman with horns is still an elven woman.

The tablin do not have a singular origin or homeland. They exist all over the world and have developed their own culture that has grown rapidly, particularly in Estoya. This culture finds a home in any nation, as in reality, it is a diffusion of all cultures where tablin are present.

It varies from one to another what exactly makes one tablin. In general, they are defined by having traits of both flora or fauna and that of the sentient races. These traits can express themselves in countless ways but many have found it easy to list three forms of tablin that the tablin themselves use for classification.

A human born with horns or fur or an elf born with patches of bark on her skin are both considered tablin. Beings changed in some way by the arcane or those who undergo a mutation that bestows their wild traits are also considered tablin. The touched are often the most conflicted, as they are constantly pulled between two worlds. Some lived normal lives until their touched state began to manifest, forcing them to come to terms with their new identities.

Some Tablin are more bestial, appearing as sentient bears with clothing and weaponry and capable of speech. They are the rarest to see in civilization as their more dominant side lies in nature. Some who have been transformed into animals by the arcane are also considered full bred, if little to no trace of the race they once were remains.

Tablin also consider satyrs and centaurs as a part of their classifications. Those that are half one and half the other are always at home among their kin. This classification also includes the offspring of a tablin and any other species. Most half bred tablin are actually members of another race. The tablin in Dis are an example and satyrs, gorgons, and the like are races as well. These races often have their own complex history and culture and seldom enjoy being lobbed into a catch all expression
.

The tablin are pretty mundane despite appearance. They are no better at magic than the other races, nor do they possess some higher connection with nature. There is one factor that is special about tablin and that is their totems.

A Totem is one of the cultural elements diffused in the melting pot of tablin society. Usually a totem is an item such as a wood carving of an animal or a bone from the animal. The totem represents the same symbolic elements as the animal, allowing one to use elements of those domains. Totems originally stemmed from Shamans in The Provinces of Mhirriah. As the tablin spread, they found the representation of animals in totems to be deeply moving, and adopted the custom. While they cannot do nearly as much with their totems, they can gain several unique abilities such as communicating with animals of that totem, the ability to transform fully into their totem, if they are a half bred or touched tablin, and the ability to connect with their inner natures on a personal level. 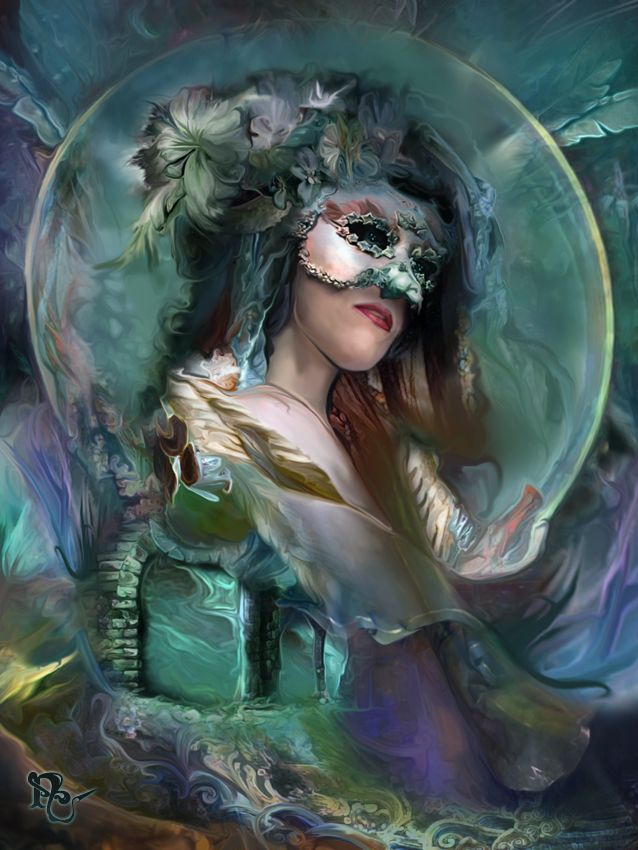 Another element taken from foreign culture, most tablin, particularly the touched, wear masks. These masks often feature a carving or painting of the animal or plant who's traits the tablin has. These masks are an integral part of their culture, taken from Lartasia. For the touched, it is a matter of personal acceptance of what they are, for the half bred it is a matter of pride for what they are. The full bred tablin rarely wear masks, as the wild natures are on display for all to see. Some do wear masks but usually ones that cover the upper or lower half of the face.
Masks come in all shapes and sizes and can be made from numerous compositions. They are discussed in detail more below.

The tablin live in The Tablwood mainly preferring the wild to urban life. This is not always the case however. Many live within cities just fine, and blend in well. Usually, they make dwellings out of natural places like hollowed out trees and caves or building dens from natural materials. The tablin live either in diverse communities or in a tribe whose members are of the same totem. While not endangered or at risk, the tablin of Estoya were given The Tablwood due to the many hate crimes against them that occured in the past. The tablin have been integrated into society since then but some still get strange looks from the peasantry.

The social structure of the tablin roots itself in their belief in totems. Totems are the identifying image of the tablin's bestial nature, which in some cases isn't obvious. While having the horns of a ram would easily make your totem a ram, some features are hidden allowing tablin to blend into society. These totems do not determine status or rank. They are used merely as an identifier of who one is and their connection to their totems.

The Tablin prefer lives of leisure and faith. They are the most hospitable race of in the world to many talking to strangers as if they were old friends.
Refusing a tablin offer of hospitality is never appreciated and is often treated as a sign of great disrespect.

The Tablin have experienced many horrors at the hands of other races. Some range from poaching for various ingredients like fur or horns. Other stories tell of slavery, violent hate crimes , and rejection from society. Since those days the tablin have been integrated into Estoyan society.

While half breed tablin and full breed tablin have existed for ages, they never came into the public eye until the first Touched tablin came to Estoya. Wearing strange masks and obviously of a different culture, the Lartasian tablin settled in the slums of Yithwitch and were treated appallingly. Many years after the half and full bred tablin offered them a place in The Tablwood. They accepted and the The Rouxs Officially marked The Tablwood as theirs. During this time, they established The Tablin Monasteries , schools of martial and philisophical thought that migrated with them from Lartasia.

While all tablin are beholden to the laws of the nation where they live, in Estoya, they have their own system put in place to ensure representation in the government. The Tablwood Tribunal is a counsel of all the tribal leaders who are considered minor nobles in Estoyan politics, and are a major voice when the nobles meet.

The tablin are known for adhering to multiple religions due to their melting pot culture. While some have one faith based on worship of domains associated with their totem, rather than gods, others combine the totemic faith with druidic faiths.

Presently, the tablin have great relations with other races. Travelers entering The Tablwood will often wear masks of the totems they connect with most to show respect and reverence to the tablin tradition. This practice is welcomed with open arms and seen as a symbol of mutual respect. 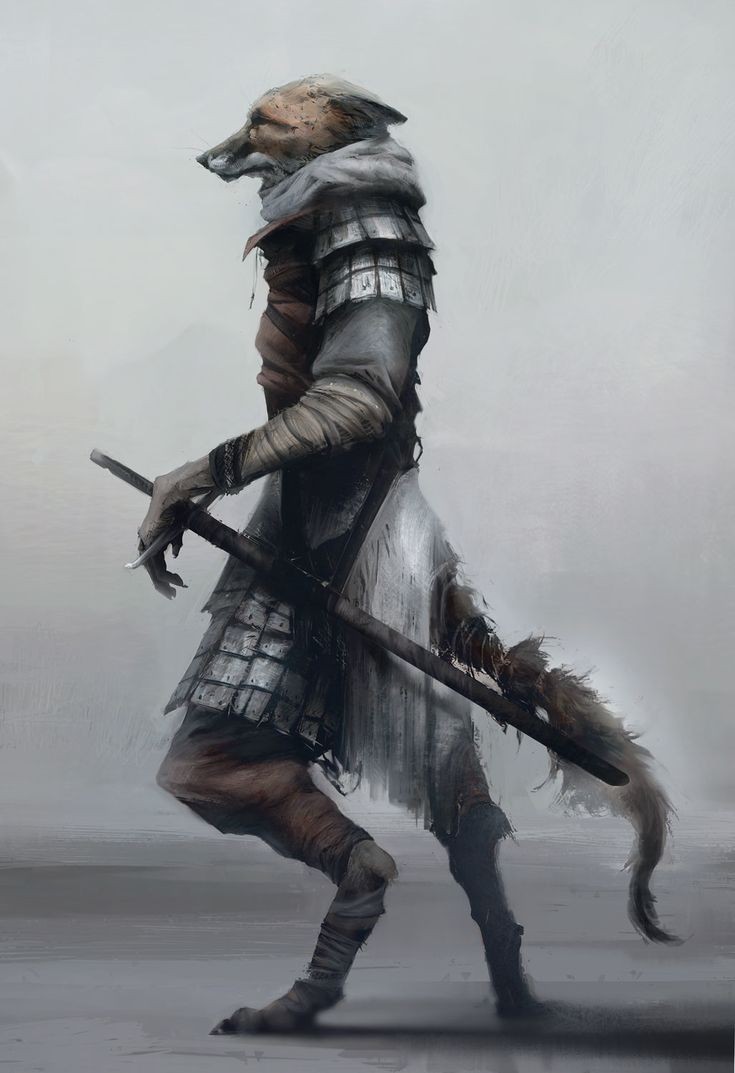 The most striking feature of the tablin is their cultural obsession with masks. The routinely hold masquerades in The Tablwood for random celebrations that the noble houses frequently attend on principal. Few fully understand the ins and outs of this cultural tradition outside of the tablin. 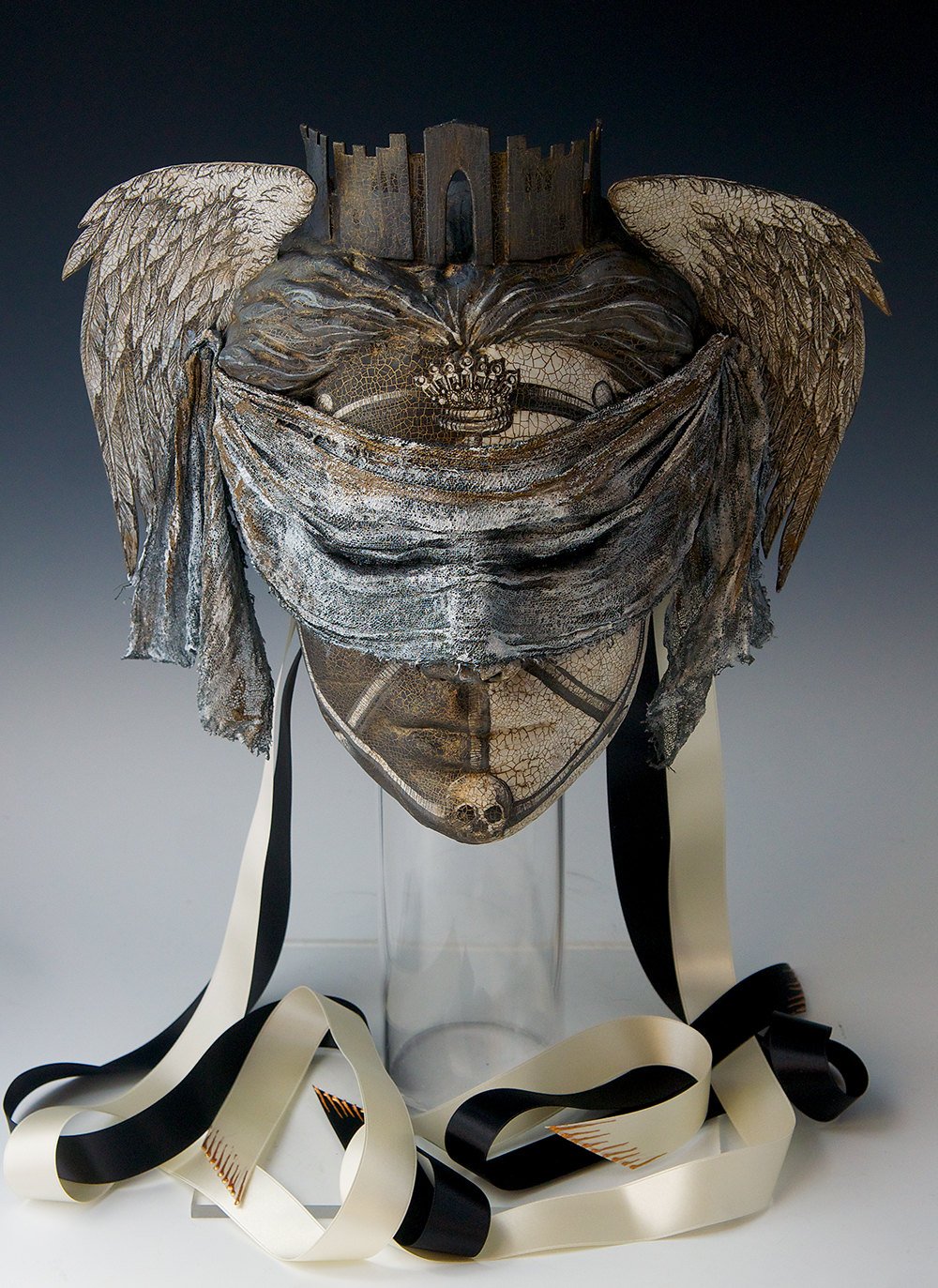 Apart from this list, there are a few other important pieces of information to know.

Many tablin often employ enchanters to give their masks unique arcane qualities such as enhanced sight and smell or the ability to spit venom and breath fire.

Masks often feature symbols that reference an important element of the tablin's life. Some even go so far as to write quotes, phrases, and important words of wisdom on the inside of the mask. This stems from the historical use of masks as a personal journey.

Every mask one has is a part of their identity. Adding a new one or retiring an old mask can be a deeply personal moment in the life of a tablin. They often discuss it with those they hold close and warn them of the coming change once their work begins, as they likely wouldn't be recognized.
The People 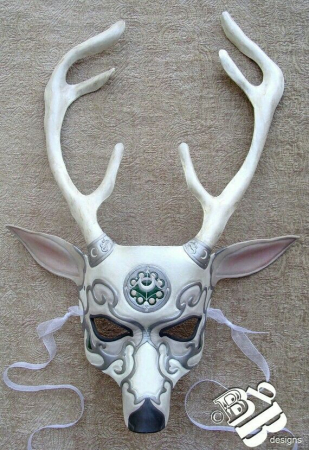 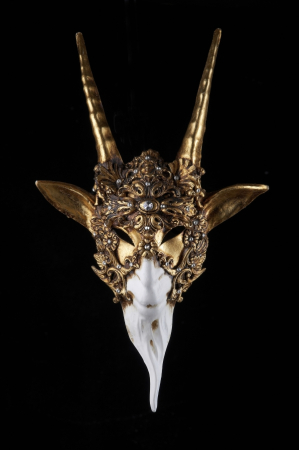 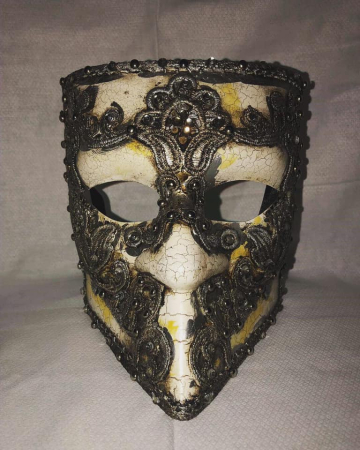 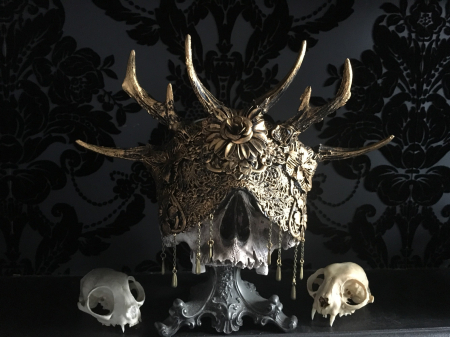 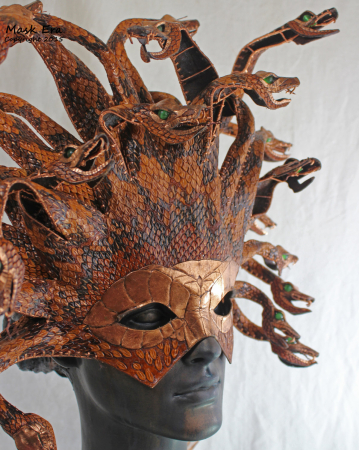 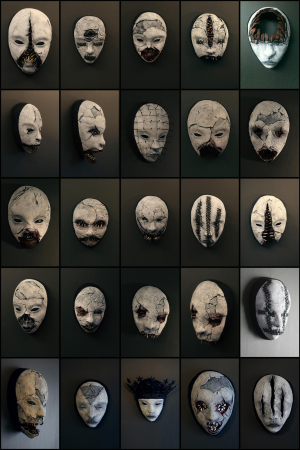 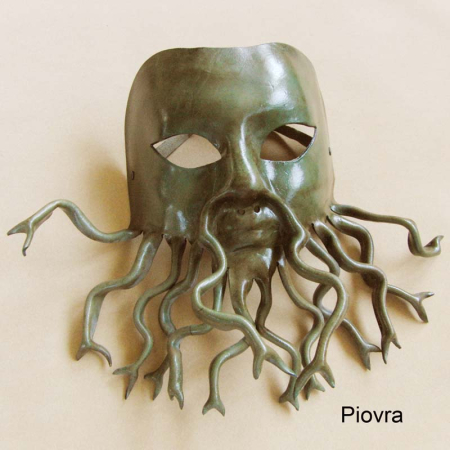 Would the child of a Touched also be a Tablin? If so I'm assuming that's where they come from at large, but if so what is the source of being Touched and if not what is it that started this group?

Oooo. Sorry it's taken so long to reply. Generally yes, a touched would pass their bestial natures on but not always. Depends in the circumstances (i.e how they are touched, how much of their bestial nature exists in their genes, and their partner as well.)   Initially, the most common reason for being touched came from arcane mishaps, curses, and the like. Some were content to just deal with their new life instead of seeking to fix it. Their children would likely spread that mishap.   The term "Tablin" itself is a regional thing. In Estoya, these various humanoid species grew together over time. In other parts of the world, they are far more divided and have their own social differences. When I wrote this, I did so from the perspective of the expedition, who would call those groups tablin and likely upset more than a few in doing so. It's just a catch all term that unites several ethnic groups and species.   Thanks so much!!!