The Alfen: A Primer

"The elves of high and low were created by The Fae...by us. We existed long before sentient creatures built their walls to keep us out. They acted as our servitors until, for a reason I cannot remember, we cast them into the physical world. The low elves hated this and to this day continue attempts to regain entry into Elysium, our holy city deep in Arcadia. The high elves, on the other hand, embraced it and sought to experience all the new world had to offer.
They began to experiment with the world they had been given. Each elf was obsessed with one thing or another. Pain, pleasure, joy, sorrow, and the many other torrid sensations dominated their lives. The low elves lived among them but suffered far more. They lost their home and purpose and did not share in high elf optimism.
Some, however, found sanctuary in high elven arms, In their union, they gave life to the elves of dusk. The dusk elves stirred a thought and the high elves began to experiment with their genetics. They would take the likeness of other species and create life by mixing it with their own.

They created the deep elves and the stone elves and built a mighty empire. The hive elves and the wild elves came soon after and would seal the fate of the great empire. It is unknown how many species of elf were created, but most are presumed long gone. The elves have lost their connection with us. A sad fact, as I am one of the few who remain here.
Can you guess, dear reader, which of these races worshipped me? Which one of these creatures came to me for guidance in their final days? Which came to seek my salvation?
None.
They basked in the moonlight in lustful screams and bathed in the blood of their kin. They watched their cities fall from the sky and tremble to rubble upon the earth. They laughed, or at least I think they did. They became monsters in a sense... and I couldn't be more proud."
— Myrmidian , elven goddess of lust and storms , Taken from The Book Of Barbs 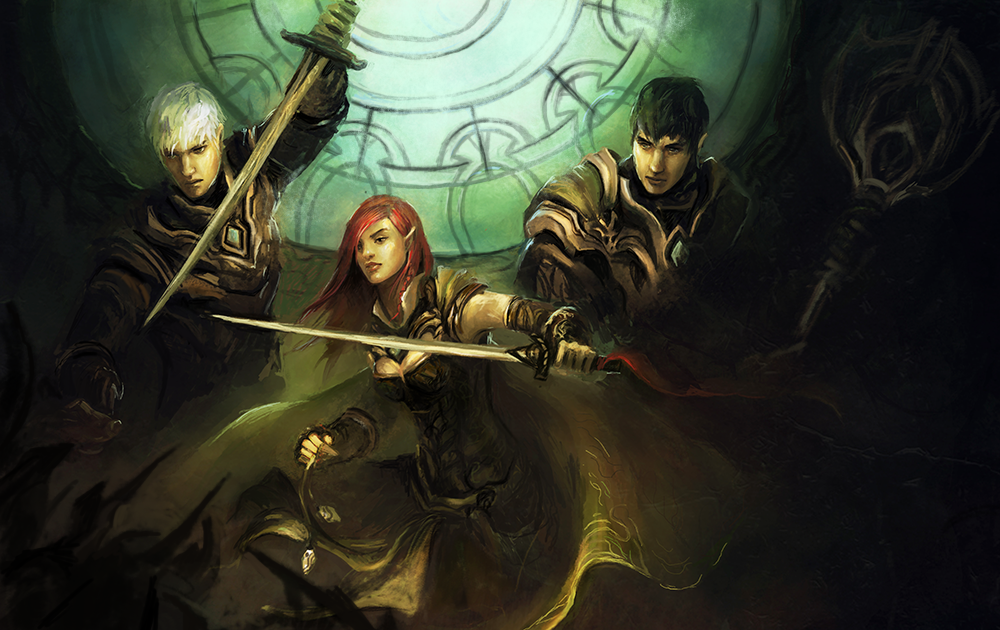 by pearl of light
The Alfen are an ancient race of beings that trace their lineage to Arcadia, the demiplane residing in the domain of natural order that is ruled by The Gentry, the pantheon of Fae.
One story says that spirits, Fae, and even major celestials wanted to experience life as mortal beings. For 1000 years they sought to understand mortals. Their children, born mortals, had to remain in the physical plane. These children were the Alfen.

Another story says that the elves are Fae themselves or spirits of nature given physical form, often against their will.
Regardless, the elves of the world have existed for a very long time. They have lost their heritage like so many others. They possess a complex history and culture filled with dark secrets and glorious wonder, but few around would know.
There are numerous subspecies of elves in the present world and many others have existed over time, each one unique with histories all their own. This is an introduction and will focus more on what the elves have in common, than what makes each subspecies unique.

The Children of the Fae


Most elves are identical to humans. The high elves look the same except for their pointed ears and perfect symmetry. They have more angular facial structures and longer lifespans, though their immune systems could factor into that a great deal.
Elves come in many forms, however, some appear less human than the high elves and different subspecies of the elves reproduce in different ways. Most elves reproduce as all mammals do, but some species, such as the now extinct hive elves.

The Hive elves hatched from eggs laid by their queens. The Greenskins are said to be variants of elves as well, and reproduce in a variety if ways from asexual reproduction to the spreading of spores.

Elves are quite intelligent and value pursuits of the mind as much as the pursuits of the body. Elves have highly sensitive hearing and sight and are often dexterous. They have a unique relationship to certain magics as well. Nature and elemental magic comes naturally to most, leading many to believe that the Alfen were the first to utilize The Druidic Arts.
Elves reach adulthood within their first 20 years and remain that way for centuries. Those who make it to 500 years of age begin to notice signs of aging. These include wrinkles in the skin and graying hair but an elf rarely fatigues or dies due to age. The oldest elf on record was approximately 621 years of age, and died from a viral infection in the wilds of Estoya.

The Elven Courts are an organization meant to unite the different races of elves like they were in days past. This organization operates all over the civilized world. This has led to a mass diffusion of culture among the race. The elves of the present share many cultural traditions. Elven naming traditions are often based on their subraces culture such as themes of nature or for the high elves, celestial terms.
Elves prefer symmetry. Unlike other races, their bodies and faces are almost perfectly symmetrical which makes many from the other races uncomfortable or intimidated. Despite this, some elves, wild elves and stone elves, in particular, find the asymmetrical bodies of other races endearing, though at times, distracting.
Body type is up to preference. It is rare to see interracial couples outside of other subspecies of Alfen. Elves are eldritch creatures and as such, often stir up anxiety and discomfort, making such intimacy difficult at best. It still happens from time to time as some humans are unaffected, but a platonic acquaintance is likely to be as far as it will go.

Elves started out as a purely matriarchal society to the point to where males were not only inferior, but subservient to females and were often bought and sold as slaves in the Elven Empires. Cultural relations and customs often reflect this even today as males are generally passive though not necessarily submissive. Females are far more aggressive and active and most high ranking positions in elven society are held by females as well. When the Alfen civilization fell, these ideals began to change as they integrated with new societies.

Courtship to the elves is considered a waste of ones love. They have no concepts of marriage, or long term committed relationships due to their long lifespan. While some will endure it for their lover's sake, they prefer to be polyamorous, making them fit well in Estoya. 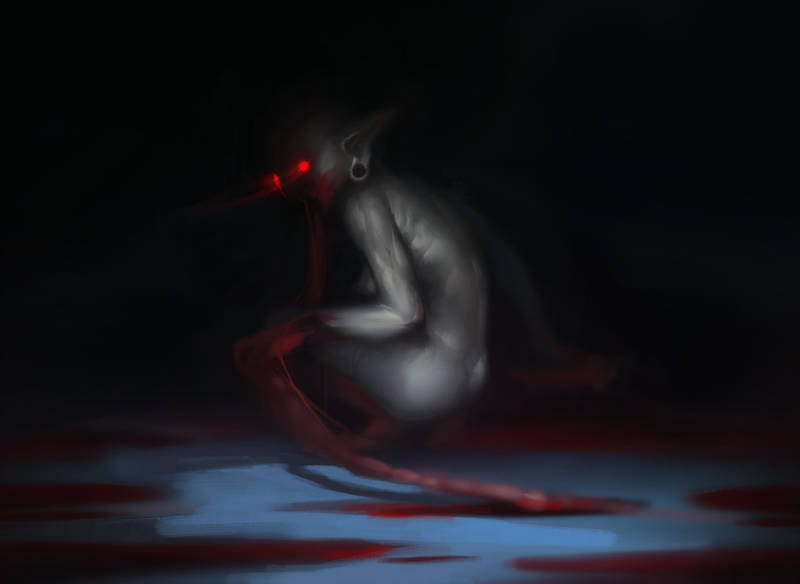 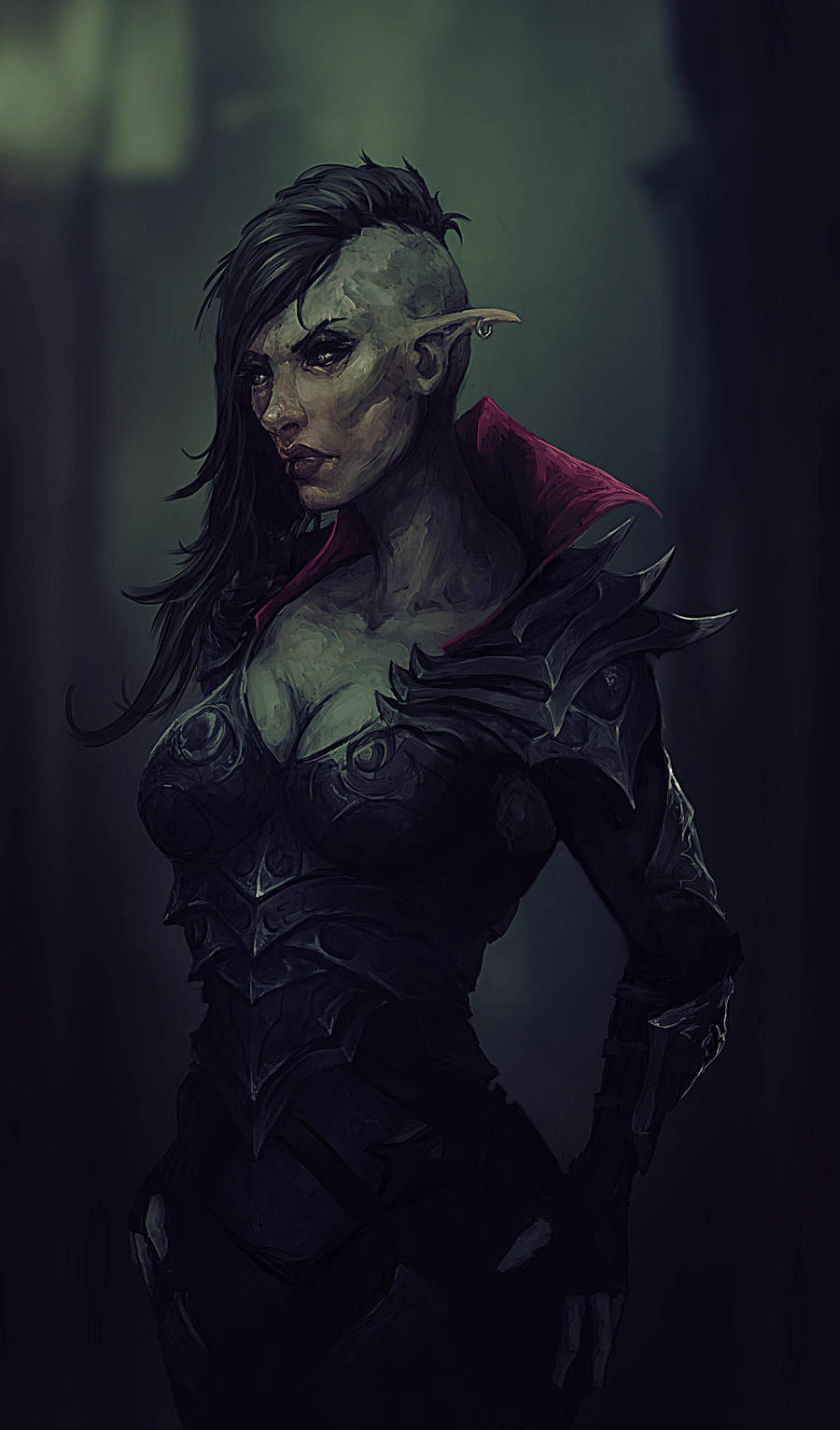 Settlements with an elven majority may seem primitive at first glance. They do not use the wheel and seem baffled at the concept of agriculture. look close and you will see why.

The elves and their affinity for magic allowed them to skip many innovations.
Food could be grown rapidly, carts float and move on their own, and their weaponry is to this day astonishingly lightweight to the point where many members of other races hurt themselves using them.

The Cities of Yore

It is said that the deep elves crafted underwater cities and ships that can travel both above and below the water's surface. The high elves claim they used magic to turn a mountain into a city in the span of a single day. Stories of cities in the sky and airships are common in elven legends. Whether these legends stem from fact, even the elves do not know.

These marvels are rare sights to behold as many are long gone. Estoyan War Wagons do give many elves hope, however, as they are a sign of reclaiming their forgotten past.

The old languages of the alfen are no longer spoken, favoring the human's language:Common due to its widespread use. Over the millennia, their language died out, and remarkable few speakers still live. 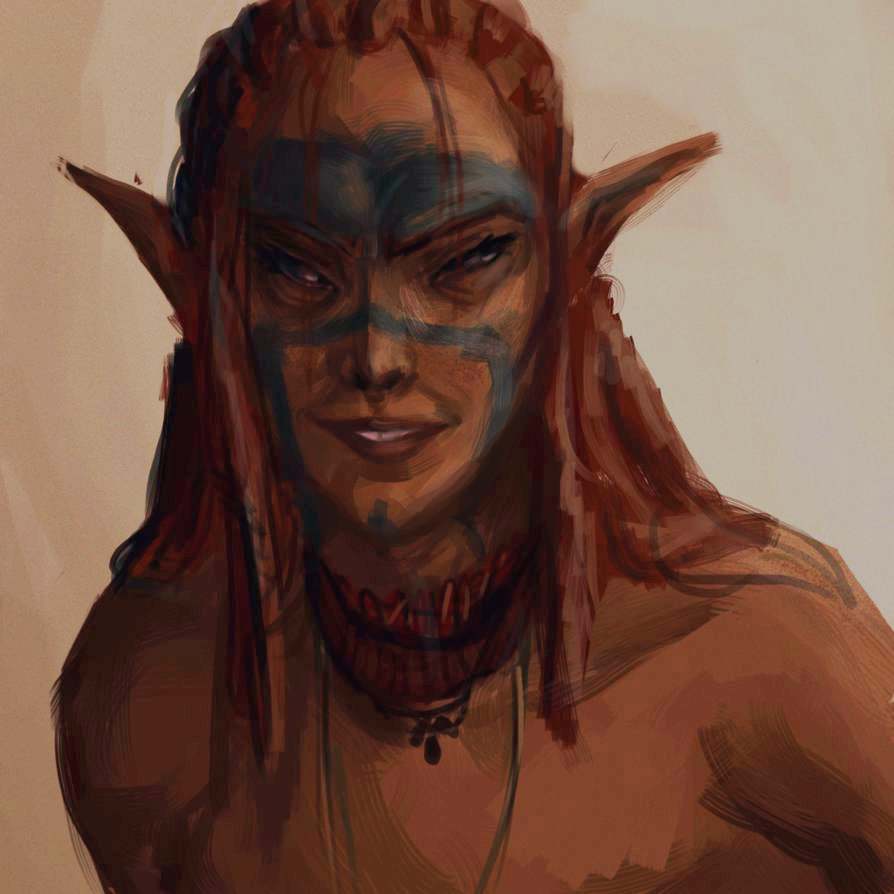 
The College of Woe

Elven myth and legend is steeped in tragedy. After the construction of The Bardic University of Estoya , the elves established one of the first Bardic Colleges in Estoya, allowing bards to specialize in tales of woe, as well as to find those who could help restore their fractured past.

The College of Woe initially focused only on elven lore, but since then has expanded its view to include any tales of misery, tragedy, and tales without happy endings. Their stories are filled with tales of corruption and temptations and some even feature the goddess Myrmidian, who personifies evil to the elves.

The Ancestors: A Cold Hard Truth

The Alfen Ancestors were not a pleasant race. They were vehemently xenophobic, murderous pychopaths who destroyed themselves in a stroke of luck. They imprisoned foreign gods (and sometimes even their own) in monolithic Cylinders, using the prisons as landmarks, like a memorial. It marks where they placed their flag on the corpse of a culture, now dead.

Their empire crumbled, but they had a contingency. Many foresaw the empire's demise, and in their final days went into a deathlike slumber. They number in the hundreds, fast asleep in Tombshrines waiting for the stars to align, where they will awaken and walk the world again. Its happened before, and it nearly tore The Freeholds apart. Only those in The College of Woe have learned this truth, and try to keep it under lock and key. They try to protect the ruins of the ancestors as well, entering and killing the ancestors while they sleep.

The Alfen have another naming tradition that is used by the more creative elves who find themselves inspired by the language of the ancestors. The ancestors spoke a radically different language compared to their decendents, one that ficused on symmetry more than meaning. The ancestors favored palindromes, and used palindromes for their names. These names rarely had a defined meaning, or developed a meaning over time based on the actions of the ones who shared the name in question. This practice is still used, and many elves choose ancestral names by either taking the names from fragments of historical texts, or create palindromes that evoke the sound they desire.

Articles under The Alfen: A Primer

Something bad sits in a deathlike slumber within the elven ruins... and I think its about to wake up.

So I went overboard on the subraces. I find elves boring and cliche and wanted to do something similar with what I did with The Dwarves. Now some like the cliche of elves, it is cliche for a reason after all. So I decided to add some flair and some strangeness to them in hopes it makes them somewhat different. How did I do?