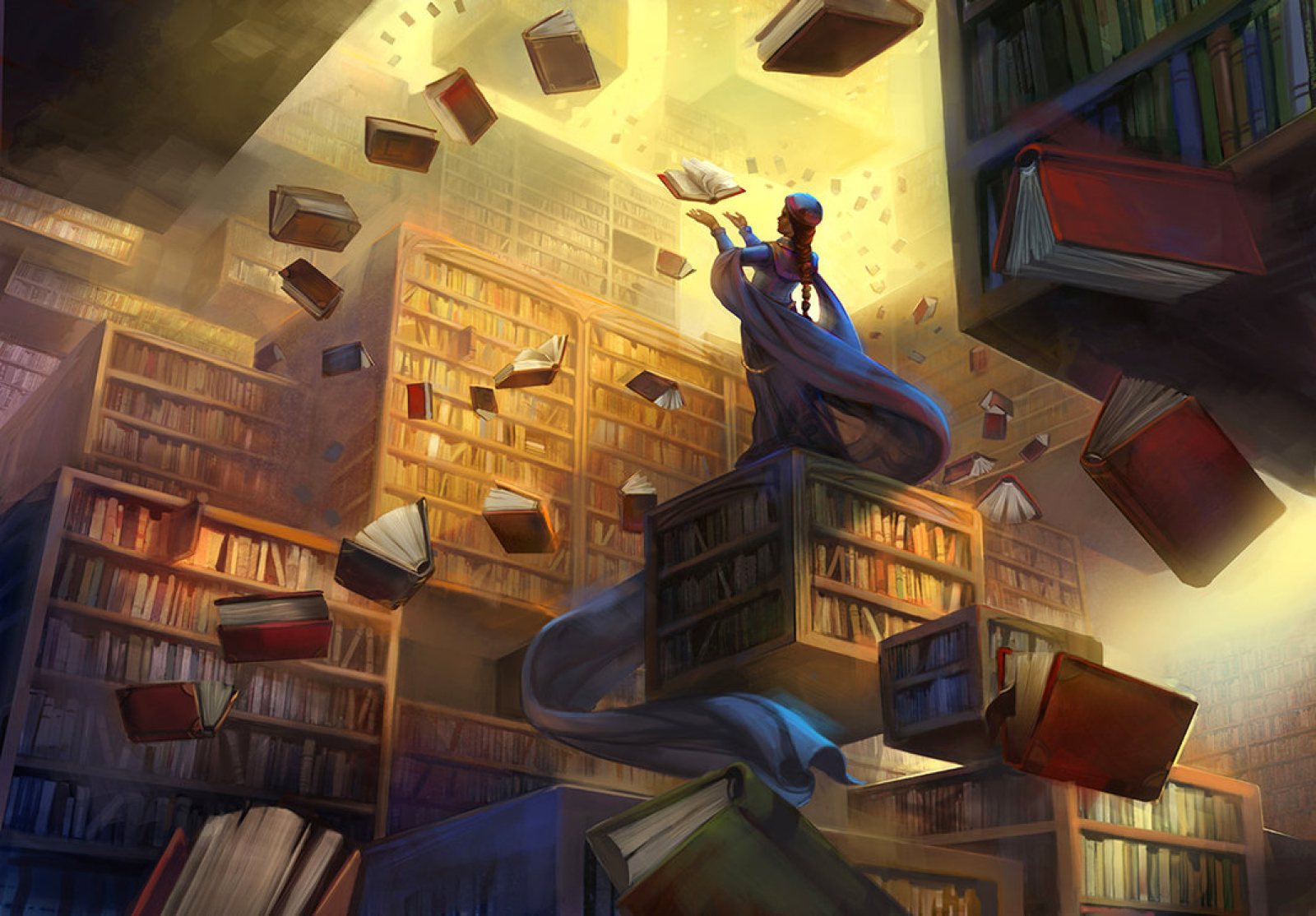 The Bardic University of Estoya

What is a bard? Most often the question is met with attempts to describe what a bard is not but only a bard can truly define what they are. In short, a bard is a member of the Rouxsgate university and as such meets, all the standards of acceptance set forth by the university, but bards are so diverse that that definition is far too broad. Some bards are painters and sculptors who toil away in their studios creating works on commission. Others are writers, creating tales of daring adventures or late night encounters. Some of the writers are biographers and chroniclers who travel with their subjects and write every observed detail.
Some are historians and anthropologists. Others are archeologists or treasure hunters. It's plain to see that a bard is likely to wear many hats in their career. Some are even sought out to be ambassadors or spies, conversation and deceit being their true art form.

Others still seek to entertain. They are seen performing dance and music. Occasionally this entertainment is of a different kind such as with the College of Lonely Nights, which doubles as a very sophisticated brothel. A major reason for this jack of all trades mentality is due to the first bard himself.
Gregori Darset, who became known as Father Lore, was a man of many talents. When someone asks what a bard is, all one must do is point to his portrait and say "That. That is a bard." Darset is largely responsible for the Bardic University and the overall creation of the profession itself.   The bardic university is the most prestigious organization in the nation of Estoya. Often called the Rouxsgate University, the university is a central hub for all the bardic colleges in Estoya, of which there are many. The Rouxsgate university holds authority on admittance of prospective bards, and which bardic schools are to be recognized officially. The standards are high and most never make it. While a passion for knowledge and artistic talent are required the real barrier to entry lies in the secrets of Bardic Lore and how well one understands them.
While many entertainers and would be treasure hunters journey the land calling themselves bards, they often don't have the skills required to make such a claim. Some have never even tried to join the university or a college associated with it. Others have tried and failed or even joined but failed to receive their colors, indicating they lack the knowledge of bardic lore, meaning they cant use their art to produce arcane effects. The term “bard” is reserved only by alumni and active members of the university or a college sanctioned by the university. These members will have the university's seal of merit in their Civil Ledgers, will have received their colors, and demonstrate more than just a desire of knowledge and artistic prowess.

The Earning of Colors

This graduation ceremony is when a student officially becomes an alumni of the university and gains their mark of merit, indicating that they are officially a bard. The ceremony is more private than one would imagine. First, one petitions the university to hold The Earning of Colors for them and receives a response almost immediately with a set date and time. The bard will prepare themselves during the wait period and when the time comes, will perform before A Board of Colors.

A bardic college is an organization that focuses its study on a particular art form or element of that art form. The College of Painted Skin, for example, focuses on tattoos and painting on the body rather than canvas while the College of Rage focuses on the emotion of anger. There are many colleges. Most are small ranging from 20 to 50 members but others can range well into the hundreds.
Each college has a particular view of Bards And Bardic Lore. Many bards travel from college to college, learning whatever they can from their unique styles. Joining a new college is a pretty simple process as all one needs is whatever texts and varied teachings available that the college uses. Bards are particular about recording information, and there's always a way of self teaching if such documents are available.

The Board of Colors

The Board of Colors is a small group of alumni who are given the authority to grant the title of bard to those who petition the university. Usually there are less than ten alumni per board and many boards exists, depending on artistic style, medium, and even the college one attends. Every college will have at least 1 board of colors to hold the graduation ceremony for those who attend.
What happens during the ceremony depends on the board who judges it. The board of colors will always ask for a performance from the bard. The board will judge it based on its creativity, mastery of the styles used, and the presence of the bard while performing.

On top of this, the board will also consider other factors, such as the understanding of bardic lore, reception to criticism, and most importantly, the desired goals and future career of the student.
If the student passes receives at least 80% of the board members votes, they are officially a bard, but must return in 6 months time to show their growth.

The Poet Laureate is the head of the Rouxsgate University and is considered the royal standard of scholarship and the arts.Below them are the the professors, alumni of considerable skill who teach the various classes held at the university in exchange for funding. Finally you have the alumni who have graduated and the students themselves below them.
The bards travel searching for lore, acting as historians and archaeologists. Almost as often, they seek to entertain others as artists and storytellers. Many artifacts have been collected and texts from ages past have been procured by professors of the university who reached a funding goal and set out to uncover them.     The University has many arcane patents and will secure contracts for their alumni to connect them to patrons of the arts. They also house a massive library and reliquary as they retain ownership of anything they find. Arcanists have even taken to studying among the bards if they possess something the Mage towers do not. This position has made the university quite wealthy with a horde of experienced bards at their disposal.

The first bard's came to Estoya shortly before the Harrow overthrow as a gift from The Freeholds. The bards were loved by all and settled in the nation. Eventually they took on pupils and when Minerva harrow was crowned queen, the first attempt at a bardic university was made. The school of art was a disaster, as the people of Estoya were illiterate at the time. When the overthrow came, House Roux dissolved the group and focused on establishing literacy in their people. They rebuilt the school, established the Poet Laureate and changed the face of the nation.The first Poet Laureate of Estoya was Gregori Darset who discovered many forms of art that could be used for bardic lore.
Gregori grew sick in his later years and died, leaving the title of Poet Laureate to his brightest pupil named Farrah Brightman. While no law existed to determine the passing of the title, this first exchange sealed the tradition of passing the title to the brightest student. Eventually, the title would be passed to a young tablin female, a major event as no tablin before had retained such an honorable title. This young tablin was Hirya L'tol, who widely became known as Lady Valentina , her pseudonym, and is the current Poet Laureate of Estoya.

Articles under The Bardic University of Estoya

Small organizations that offer assistance and specialization for bards.

The first bard, Gregori Darset discovered how to create magic from art.

While I like this and encourage it, it feels a bit antithetical to a bard. A bard is generally a free spirit and to have this structured like an actual college with alumni and such feels counterproductive considering the medium is more subjective and not as academic as, say, engineering.   A fresh new take, it just feels counter intuitive.

That's actually part of the boards overall. It doesn't really take much to become an alumni. That's kind of hidden knowledge thom. if you literally walked in to the board, who are all... well... bored. And just BS the whole thing, you'll still get your colors. The bards are very loose and this organization structure actually stems from the material towers, as the first bard was a mage. See gregori darset for that but you're absolutely right to point out the contradiction most of this is in name only and has very very little bearing on how the organization operates. Also this is only how bards in Estoya work. In Mariah it's a lot more of a personal Journey whereas in Cordais is actually even more rigid and strict to the point to where Barnes can only play certain pieces and paint using certain mediums. Now this is really neither here nor there but it's a secret for any players who might be a bard and want to explore a little bit more about their lore

Oh, ok. That makes a lot of sense. Sorry for the confusion, I was just under the impression the college was stuffy and tight lipped.   Thanks for the clarity.

Oh no man its no problem at all and thanks for the kind words like I appreciate it so much Ill be sure to spot you back soon. I'm sorry that the confusion was actually there in the first place