Sitting atop a floating broom, the crimson eyed elf watches her mark from outside the open window. After the Prince excuses his guard for the evening, leaving him alone in his chambers, the Witch begins her incantation, muttering under her breath. Dark winds from her hex envelope the Prince, seizing the air from his lungs, dropping him to his knees in agony.   A young orc sits in the corner of the Tavern, watching the clan leader stuff his face with the spoils of today's hunt. A hunter attempts to eat a scrap of meat, but the large clan leader reacts quickly, slamming his hammer onto the hunter's back, causing the clan to cower in fear. After a moment of silence, a black cat walks up to the young orc, locking eyes with his master. The young orc's eyes shift to the clan leader, causing the black cat to pounce, raking out the clan leader's eye as the rest of the clan follows suit.   Witches are stricken magic-users, drawing upon their curse's inherent power to hex their enemies, brew mystical potions, and command mighty familiars. Almost without exception, Witches are feared, hated, or mistrusted, a victim of misconception brought on by their predecessors. While some use their curse for what could be considered acceptable, being a witch carries grave consequences, resulting in a life of nomadism living on the outskirts of civilization.

When you create your Witch character, consider the following critical aspects in your character's backstory. How did your character become cursed, allowing them to twist the bond in horrible ways? While other spellcasters tether into the bond left by Al'Madoon's sacrifice, the Witch twists the bond, warping its power with gruesome effort. This dark ability is powered by the terrible curse blanketing the Witch's soul.   Choose one of the curses below or create your own!

A part of your body has been marked by flames, leaving scars across your body.   Backstory Idea: You were not a witch when the townsfolk burned you at the stake, but with their hatred, your rose to curse them.

You were forced apart from your true love, breaking your heart and cursing you to be forever jaded.   Backstory Idea: Your father, the king, has forced you to marry a disgusting noble from another kingdom, and to prevent you from straying, killed your lover in cold blood.

You are covered in bursting sores and plague vermin bite marks as rodents and insects seem to follow you everywhere.   Backstory Idea: While trying to save your village during the plague, you were forced into quarantine by the local militia. Without aid, you watched your community perish.

Your body has been occupied by a rogue spirit that continually fights to wrest control from your soul.   Backstory Idea: While traveling, you took shelter in an abandoned house, accidentally rousing the ancient spirit which lived inside.

You were deceived by a magical creature, leaving their mark forever imprinted on your consciousness.   Backstory Idea: A hag tricked you into providing children to be sacrificed for their Coven. After uncovering you were at fault, you were forced to flee the village's wrath.

For D&D 5th Edition! Revisions may occur after more play testing and will be recorded here.
Current Witch build 1.2
A PDF version of this class can be downloaded by Patrons in the Gamingbrew Content Vault! 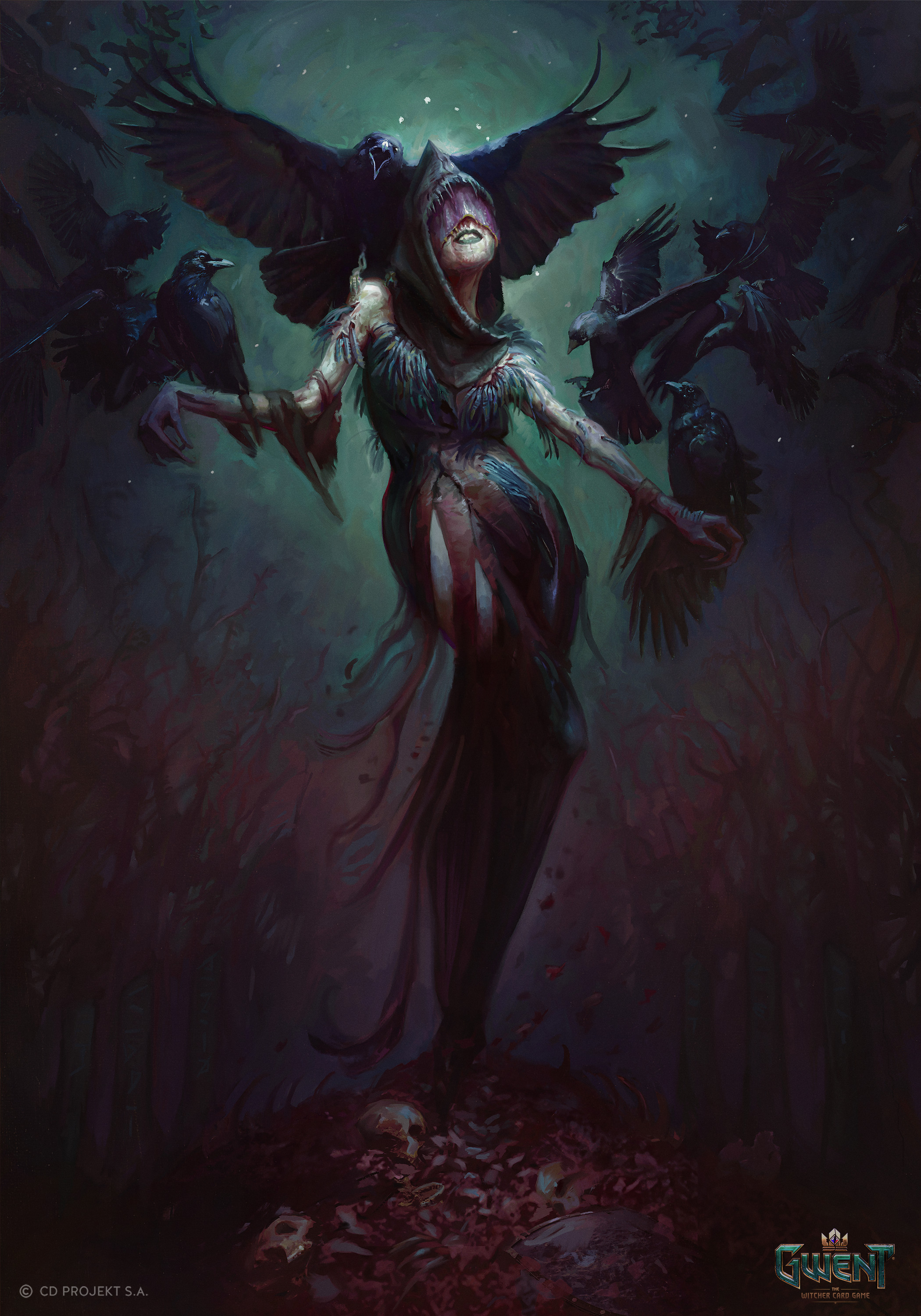 Available only for Gamingbrew Patrons. If you are a Patron the class will appear below. Support Erenel
Classes

This work is licensed under a Creative Commons Attribution-NonCommercial-NoDerivatives 4.0 International License.
The Erenel Fictional Universe is presented under the OGL rules for 5th edition. All artists have been duly credited.If you would like to have your art removed, please contact me immediately.
System Reference Document 5.1 Copyright 2016, Wizards of the Coast, Inc.; Authors Mike Mearls, Jeremy Crawford, Chris Perkins, Rodney Thompson, Peter Lee, James Wyatt, Robert J. Schwalb, Bruce R. Cordell, Chris Sims, and Steve Townshend, based on original material by E. Gary Gygax and Dave Arneson. A special thank you to the many talented people who create the world's greatest role playing game.
Cover image: by yi xu