Nearly everyone has heard of the Trance in one form or another. Fairies such as pixies and sprites take on a major role in children's tales as magical woodland tricksters and guardians. Fey monsters, like the dreaded hag, haunt our nightmares. And the graceful Elves who have atoned for their past trangressions and been blessed after death, are famous throughout the plane for their immeasurable beauty.   Following the sacrifice of the deity Al'Madoon, his subconscious materialized encompassing Erenel, the Above and the Below; forming a magical plane of beauty, grace, and peril. Known as the Trance or the Dream, the plane partially covers The Above, The Below and the mortal plane.   It is eternally twilight in the Trance. The sun rests low in the sky, never rising or setting. Creatures that are harmed by the sun are safe here, and creatures that cannot see in the dark still retain their vision. The Trance is a mystical place, and things tend to be more glorious and breathtaking, despite the many dangers. The land is split into two landscapes based upon how close to the The Above and The Below comes into contact with the Trance known as Summer's Dream and Winter's Dream.

Where the Trance layers under The Above, the land is an awe-inspiring place too beautiful for mortal eyes to comprehend. Flowers bloom eternally and lakes sparkle as if made of sapphires. Lanterns seem to float in the air, which is alive with butterflies and other insects. The air is always hot in the lands of Summer's Dream, and despite the constant twilight, it is much brighter here.

Where the Trance layers above The Below, the lands are as harsh as winter itself. Icy cold temperatures howl into windswept mountains and dead forests. Only the strong survive in this land, where deadly predators hunt each other in the snows and struggle fighting for survival. It is much darker here than in the rest of the Trance.

Most lands of the Trance are subject to the changing seasons between the Summer's Dream and Winter's Dream. These middle lands are known as the Wyld. Majestic castles and sunken mires dot the landscape, inhabited by a variety of fey species with varied personalities. Some act as hunters, others as tricksters, and others, however, their current chaotic mood makes them feel.

Laws of the Trance

Nearly all fey creatures are bound to a specific set of rules from being a part of the Al'Madoon's Trance. Fey are physically unable to break any of these laws. Moreso, they do not see these laws as boundaries, but simply as the way things are and cannot comprehend the idea of telling a lie. The rules are known as the Laws and are worded in three simple commandments.

A fey cannot knowingly tell a lie. This does not mean that a fey cannot spread deceit, or trick an adversary into believing a falsehood. It simply means that a fairy cannot speak false words. By nature, a fey never tells the full truth, weaving their words in such a way as to avoid lying while at the same time leaving an impression of something false or incomplete.

A deal made by a fey is absolute, and a fey cannot willingly break a deal. By nature, they try to make deals with others that they want power over, often with the payment owed to them seeming much smaller or easier to pay than it truly is, or else not mentioning a return payment until after the deal has been accepted. Similarly, promises made to or by the fey are binding and must be fulfilled.

A fey residing in the Summer's Dream, Winter's Dream or Wyld, cannot directly harm a mortal that is not currently in the same Dream unless they are slighted by the individual beforehand. Duels are accepted, and open combat in the Dream is allowed. Because of the specifics of this rule, predators who wish to hunt prey that does not belong to them try to enter a deal with their prey or cause their prey to slight them. Different types of fey have different definitions of a slight, and these definitions are absolute.

Time in the Trance is a strange subject. Days spend might turn out to be only seconds in Erenel, or they may turn out to be centuries. Two creatures that both exit the Trance at the same time might end up being split vastly by the passage of time, never to see each other again.   Wearing or holding Celstial Bronze, Deep Iron, or Starmetal material appears to stop time from distorting itself. Another way to guarantee correct passage is to gain aid by a powerful being native to the Trance, suggesting it is some sort of defensive mechanism meant to stop mortals from interfering with the plane. 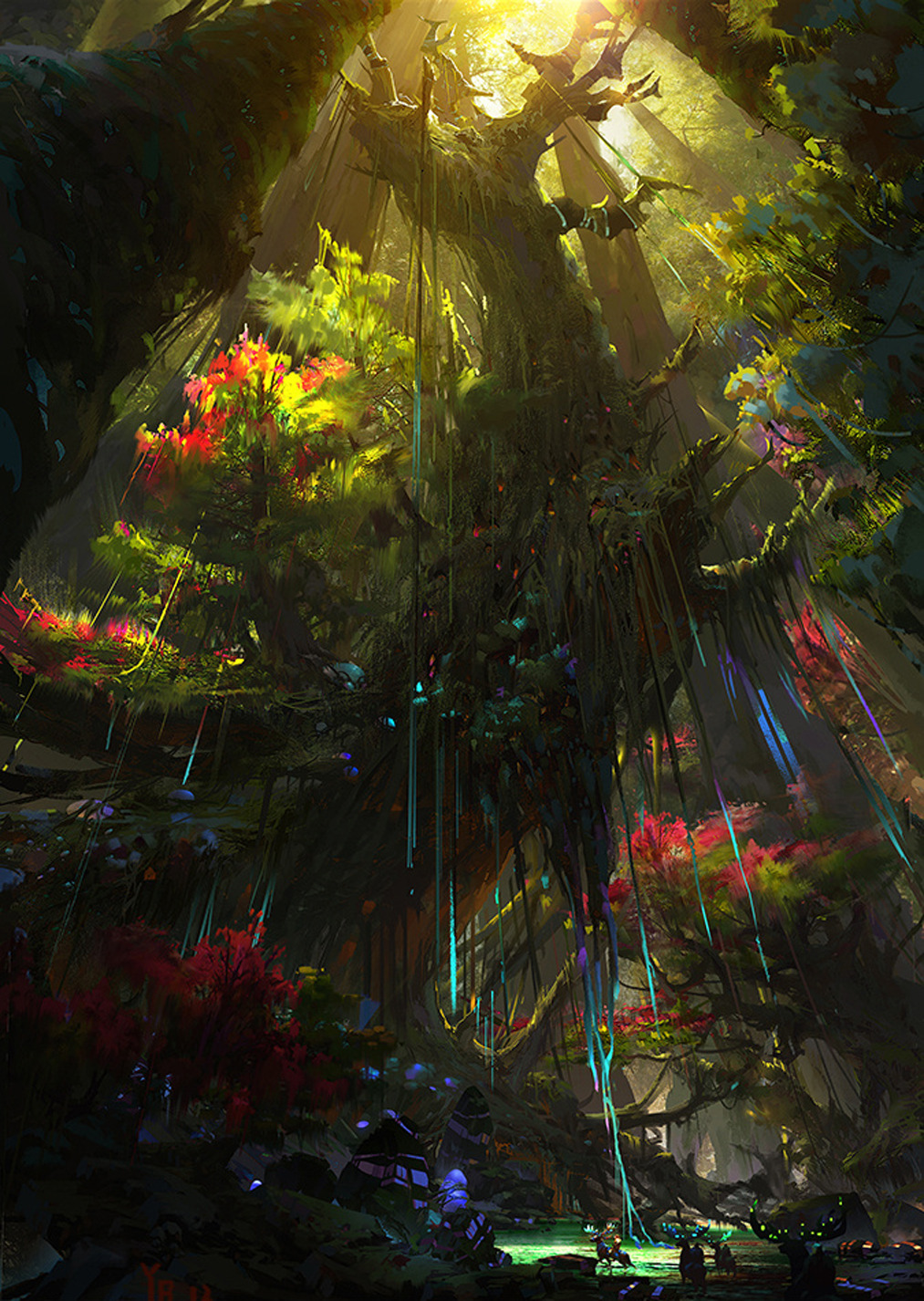 This work is licensed under a Creative Commons Attribution-NonCommercial-NoDerivatives 4.0 International License.
The Erenel Fictional Universe is presented under the OGL rules for 5th edition. All artists have been duly credited.If you would like to have your art removed, please contact me immediately.
System Reference Document 5.1 Copyright 2016, Wizards of the Coast, Inc.; Authors Mike Mearls, Jeremy Crawford, Chris Perkins, Rodney Thompson, Peter Lee, James Wyatt, Robert J. Schwalb, Bruce R. Cordell, Chris Sims, and Steve Townshend, based on original material by E. Gary Gygax and Dave Arneson. A special thank you to the many talented people who create the world's greatest role playing game.
Cover image: by Encha