Previously holding the title of ‘The Viridian’, the Spellsong Remnant were once part of the College of Whispers. Recent years have placed them as guardians, protectors, and occasionally ones who clean up after chaotic factions and unruly kingdoms within Erenel.


In recorded history, they first came into the public eye in 514 EoBO, spotlighted during the time of Elias Taggart, the famed Mad Magician. During the tenure of his onslaught, the once-Viridian directly contested the Mad Magician’s province in a bid to stop him from abusing ancient secrets and exacting forbidden arcanum upon the peasantry.   In the Mad Magician’s home of the Lurien Citadel, the Viridian quickly cut a swath through his men, before confronting him on his throne directly. The battle between the Viridian, Elias, and his advisor Namyla Ashani never made it into the annals of history, but the end result saw the Mad Magician sacrificing himself to the Bond, calling down a fading star. The Mad Magician believed the star held a chained and forgotten deity that would reward him for its freedom. Which to the current date, the consequences of the ritual or this supposed ‘chained deity’ remain unknown.   The now broken Viridian retreated from the province as the star fell from the heavens. The fallen star crashed into the ground, destroying the entirety of the Mad Magician’s structure and created a hole so deep and vast, many believe it may lead to the center of the world. When the remaining members returned to the College of Whispers, they officially seceded, allowing the College of Whispers to fade from memory.   Now, a century later, the Spellsongs act as an independent faction. The treaties established during the rite were spread amongst several organizations in Erenel, for the remnant to return to their halls of old and perform jobs--this time, for reward and appropriate compensation.

Once the newly christened Spellsong reformed their numbers, a grand tournament of wit and mastery was held within their circle as to who would guide them in a new direction. From this number came the first Meister, a female Valthera named Kiarde. From her leadership, the Spellsong took for themselves a small fortress near the Tia’Kal Empire, close to Roh’Kor and the Forgotten Coast. The first tenets placed before the Spellsong were etched into stone by claw. Following old tradition, a drop of blood from every member would grace the stone as a silent pact between their members.

With these set in place, the green flag was exchanged for a long and flowing silver one with the profile of a lion on the side, outlined in blue color in Kiarde’s image. The remnant split into two different roles from then onward, directed by the first Meister herself, the Accordists, and the Scriveners.   In the present day, the Meisters role is that of a figurehead, settling disputes which don’t directly come from the original tenants. Should the ancient treaties be invoked, a select group is sent to the home of the invocator to listen to the job and judge for themselves. Despite this transition into more of a political role, the Meister is looked upon with respect. Every thirty years would be Meisters perform the grand tournament of wit and mastery, with the champion becoming the Spellsongs new Meister. 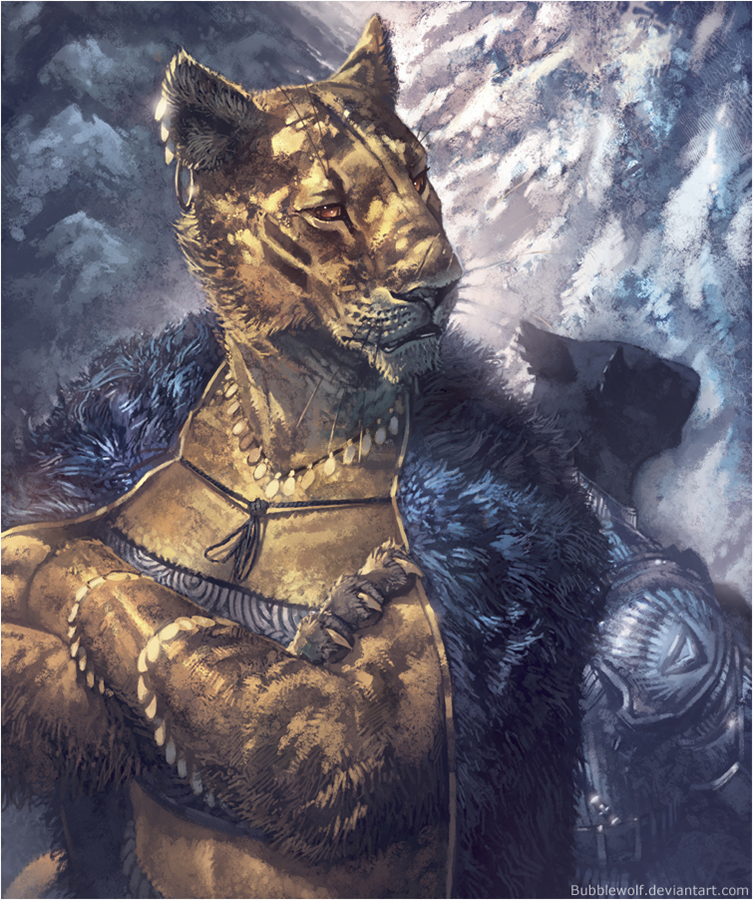 If the Meister is the head and spirit of the Spellsong Remnant, then the Accordists are the heart and the arm. In the earliest days, a foray through their new territories led the group through the Forgotten Coast, a veritable plain overlooking the Crescent Bay, and the location of a graveyard for washed up ships. Through the fog, they found something that horrified them. A small Shiver of Shakoa, carving apart with rusted knives, what looked like a tethered blue dragon, removing its scales for weapons and armor. The battle that followed after the Spellsong was discovered lasted through the morning and into the night.   Stealth and strength clashed until a loosed crossbow bolt finished the head of the Shiver. The remaining Shakoa scattered back into the depths of the Bay to regroup. Only a small amount of time passed before they eventually returned with a vendetta in mind against the Spellsong. 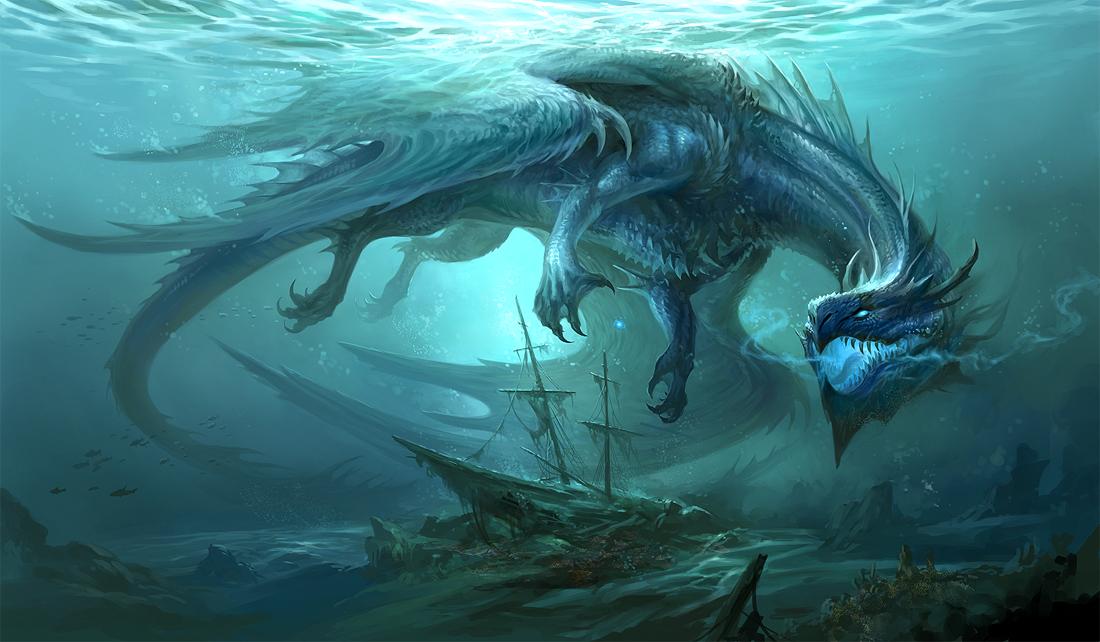 Sending spells and Messages were sent to call for reinforcements, while an attempt to heal the blue dragon was underway. Kiarde was first on the scene on horseback. Her order was simple, return the dragon to their fortress, and administer any and all medical aid that they could spare. It took all of their horses and a bit of ingenuity to place the dragon onto a makeshift driftwood wagon before it was carefully carted back through the coastal forest.   During this time, a human named Arkis Khord attempted to communicate with the blue dragon through what knowledge of the Draconic language he had. There was no formal verbal answer. However, the dragon lifted it’s head and began uttering strange noises eerily similar to song notes.   It would take many months before the dragon would heal. Arkis himself took a vested interest in the creature as it healed, attempting to match the noises and sounds with his own bardic singing. Days passed, then weeks, then months, until the Meister looked out upon the balcony to find the human good-naturedly laughing. The dragon would utter noises, and he would respond in kind. Occasionally it would make an odd roaring noise that caused the nearby waters to dance and flurry. It had taken time, but they had finally established a strange communication that seemed to result in friendly terms.   Kocyris had been this great blue dragon’s name. A male of its species with a unique tether into the Bond that robbed its speech but provided a new natural resonance. In ‘song,’ he thanked the Spellsong for their timely intervention and swore an oath to make itself a reasonable and fair ally for as long as they would have him. With the blessing of the Meister, Arkis made Kocyris a request. During his stay with them, they would offer any and all lodging and requirements, but in exchange, he would teach the Spellsong all he knew. They would sing together with the dragon’s voice, a heartfelt oath between the new faction and the dragon they saved.
Time passed, and with it, the Meister facilitated the creation of the first Accordist, headed by none other than Arkis Khord himself. Though it was more elemental in nature, the songs of these few would shake and shape the earth and the waters around them. To their irony that remains a gentle reference to the present day, it took the heart of a bard to understand a dragon’s song. Decades passed, and Kocyris would teach the new acolytes. In battle, they are a veritable force, with ragged breath and mighty roar causing the earth to quake.

Behind the heart of a bard lies the head of a quill. The Scriveners remain solely in the Spellsong Fortress, acting as studiers and purveyors of ancient legends, artifacts, and history. When summoned by the Meister, travelers come to them to discover what secrets lay in the world.   They are known to be an eccentric bunch, often having rather strange and exotic quirks. A Rusco, in particular, named Fesris Grant, would take his time building ancient statue replicas. Fesris would meticulously document every detail of the design process, before taking a hammer and crushing the replica into dust. When such findings are presented, a verbal contract is agreed between Scrivener and Visitor. The agreement states, whatever is found will automatically be documented and made readily available to any library that requests a copy of their findings.   Tomes, books, codices, and many other paraphernalia find their way into the hands of these eccentrics. Sometimes in extreme circumstances, this external and public behavior can get turned on its head in case of emergency-but only at the behest of the Meister. Such examples include corrupted artifacts, hematurgy magic, necromantic ideals, corrupted Archway coins, and other strange abominations. During such cases, the Meister must make the decision whether or not to seal off or merely hide away their findings, citing an evident distaste from the old memory of Elias Taggart.   The Scriveners are known by the belted gray robe, and a horned earpiece hooked alongside their right ear, adorned with a small sapphire jewel in the center. Despite this contrasting behavior, these few do not often leave the fortress, finding an odd sort of calm behind the old walls. To see a Scrivener in public is often cause for concern for the Spellsong themselves...   Or an experiment has gone awry. Mind where you step.
Factions

This work is licensed under a Creative Commons Attribution-NonCommercial-NoDerivatives 4.0 International License.
The Erenel Fictional Universe is presented under the OGL rules for 5th edition. All artists have been duly credited.If you would like to have your art removed, please contact me immediately.
System Reference Document 5.1 Copyright 2016, Wizards of the Coast, Inc.; Authors Mike Mearls, Jeremy Crawford, Chris Perkins, Rodney Thompson, Peter Lee, James Wyatt, Robert J. Schwalb, Bruce R. Cordell, Chris Sims, and Steve Townshend, based on original material by E. Gary Gygax and Dave Arneson. A special thank you to the many talented people who create the world's greatest role playing game.
Cover image: by Elizabeth Giuchici