Driven primarily by the same predatory instinct of the shark, Shakoa are fearsome ocean dwellers and hunters of both the deep and coastal shores. To be a Shakoa is to indulge the thrill of the hunt and animalistic euphoria of chasing prey. As the Shakoa’s culture evolves and the call of Sib’imaskar, the Kraken Queen fades, this predator and prey mentality seems fitting in a new world of politics and for profit merchant kings.

Born of the dark recesses of the ocean, Sib’imaskar, the Kraken Queen sought a powerful and effective, yet simple method to dominate the waters as the world above slept. Other Ascended Deities crafted disciples with imagination and wonder, but not Sib’imaskar. She saw that outside of her Kraken children, the fearsome shark reigned as hunter supreme.   Under her guidance, the Shakao would prosper. This ancient race of powerful predators ruled the ocean depths in the Kraken Queen’s name until her booming voice began to fade strangely into a mere whisper. The once rage-filled race who had carved through the waters like violent catapults of death were left lost and wanting. In the absence of their Queen, the Shakoa began to fall back on primal tendencies as they curiously explored Erenel’s waterways. Now the Shakao rove the seas in ever search of prey. Others have come topside keen on understanding what the landraces can offer, ready to indulge in life's many splendors.

The Shakoa resemble a bi-pedal shark, although they can vary significantly in appearance. The unifying characteristics between the Shakoa are an average humanoid height of 5.5-6.5 feet with a much bulkier build. Shakoa have both lungs and gills and can live indefinitely on land and sea.   A hefty fin sprouts between their shoulders, which makes wearing some armor difficult without modification. They also enjoy a large mouth filled with multiple rows of jagged teeth capable of biting chunks of meat and flesh with ease. Their muscular bodies are full of cartilage protected by a tough exterior skin that is rough to the touch. This variation helps the Shakoa swim stealthily during the hunt.   Besides these common characteristics, a Shakoa can come in many different skin tones, and head shapes; thin snout, thick snout, hammerhead, etc. While one large fin is the most common, some Shakoa can have multiple fins and even a tail.

Shakoa lack family ties and do not hold any type of surname. The individual generally chooses their name after a period of soul searching following a great hunt. Other Shakoa in the Shiver will refer to the nameless Shakoa as a minnow, a derogatory term meant to expedite a name choice.   Most Shakoa names are harsh sounding or meant to intimidate and strike fear in others.
Male Names: Anchor, Goliath, Kola, Mako, Shaka, Thresh
Female Names: Agwe, Blindside, Frenzy, Ripper, Sala, Zali

Shakao rarely remain in large groups for very long, and most disregard family connections after birth. Despite a lack of organized society, Shakao are typically seen in small hunting groups called “Shivers” under the guidance of a dominant or violent Shakao. Once the uniting Shakao dies or realizes a goal, the Shiver tends to fall apart.   A common occurrence in coastal cities is a Shiver alarm, which will sound when Shakao raiding parties are near. Because of this same ingrained prejudice, Shakao are viewed as pirates or mercenaries by most of the intelligent races of Erenel. However, Shakao are known to make excellent adventuring companions. By treating them with respect, and showing strength, the Shakao serve as excellent allies… at least until they grow bored. 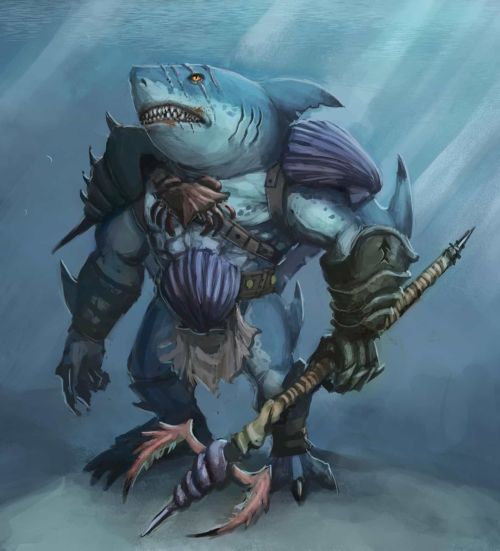 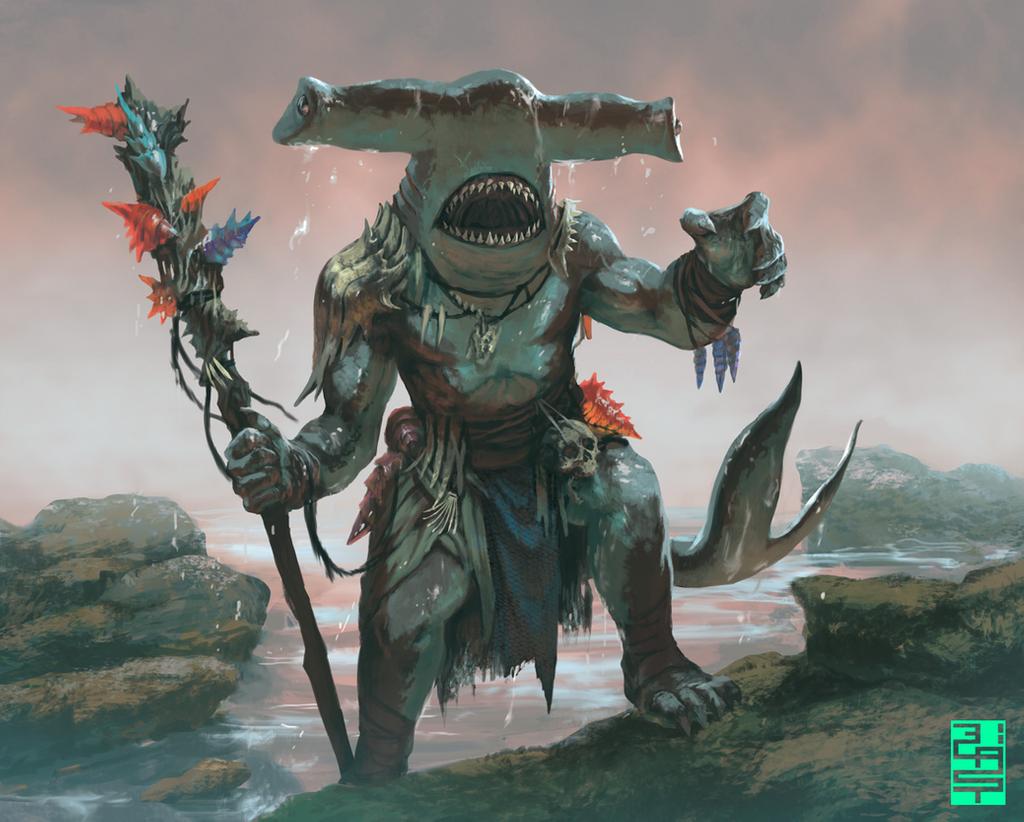 Your Shakoa character has a variety of natural abilities common with your ancestry.