Using Runecarver tools allows the user to carve primal runewords onto a weapon, armor, shield, spellcasting focus, ring or amulet. Through runes, Erenel inhabitants have learned to put the ancient spoken language of the Architect into a written form.   Enlightened runecarvers know that primal runewords are beyond an alphabet and are instead the key to understanding life on Erenel and the might of Al'Madoon, the Architect.


A runecarver cannot invoke such raw power to enhance an item without the help of a Catalyst to control the runeword. When coming across a Catalyst, the runecarver engraves a specific sequence of runewords known as an Axiom – the truth of Al’Madoon.   These Axioms can then be filled with Glyphs, which activate individual runewords of the Axiom and provide the attuned wielder great power. Each of the Axiom runewords must be filled with a Glyph that matches; filling the runeword like a gem fills a socket. As each individual Glyph is added, the runeword activates allowing the wielder to gain some power while searching for more Glyphs.

Your runecarved item has 4 charges and regains 1d4 expended charge daily at dawn. When a creature that you can see within 30 feet casts a spell, use your reaction to expend 1 charge. When you do, the target must make a DC15 Constitution saving throw. On a failed save, the target takes a -2 penalty to its spell attack bonus and saving throw DC until the end of the turn, including against the triggering spell.

In short, players find or craft Catalysts which provide the Axiom sequence for an item. The Axiom dictates what Glyphs the player can add to the item by matching the Glyph to the Axiom's runeword. All Catalysts and Glyphs can only be placed by a Runecarver. 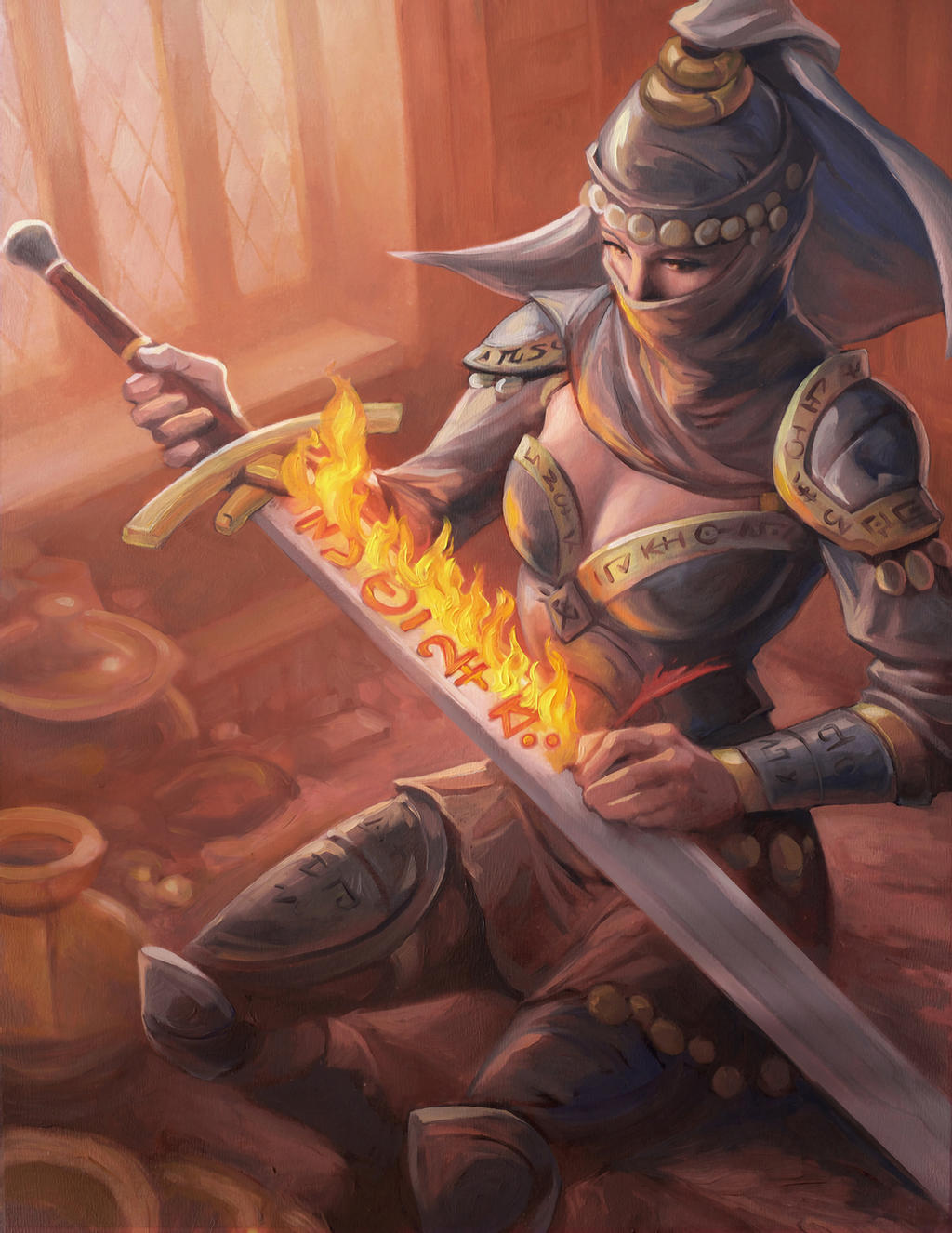 Applying powerful Catalysts and Glyphs is a feat requiring enhanced magical tools. At base, artisan tools can only craft Common rarity magic items.

Vendors and specific adventures can reward Sacred Engravings. These Sacred Engravings are "blueprints" a Runecarver can learn to craft specific Catalysts or Glyphs. A Sacred Engraving cannot be memorized and requires the Runecarver to keep it in a safe place.   After collecting a Sacred Engraving, the Runecarver will need a specific item to craft the Catalyst or Blueprint. Many items can be purchased from vendors, but some may require specific adventures to collect, listed on the Adventure Schedule if the item is available. These items are tradeable and can be bought or sold on the Marketplace.   When crafting Catalysts or Glyphs with the correct item, downtime days required are determined by the gold cost of the magic item divided by 100 GP. When spending downtime days, the downtime days spent reduces the total number of required downtime days, allowing you to craft over multiple weeks.