Although the Elves⁣⁣⁣ as a race are in decline, they created a lasting legacy that will forever mark Erenel. Drawn to their mystery and beauty, some Human⁣⁣⁣ wanderers give themselves to a homestead in the hope of gaining "enlightenment," a ritual performed to change willing Humans into being more Elf-like.
Elves typically keep to themselves out of shame or stubbornness for their past transgressions. However, humans are an adaptable and curious race. Many of which seek out Elf homesteads in the hope of gaining enlightenment from the time before the Era of the Bonded One (EoBO).    These humans are "enlightened" from a distinct rune etched on their back or shoulder during the infamous Ritual of Iswa and become Elf-Like. Humans who successfully complete the Ritual of Iswa are known as Nolimon. Their bodies become more graceful and elegant. Their ears lengthen, and they began to feel a natural affinity to the Bond similar to Elves, though not as prominent.

Nolimon tend to be of sturdier build than Elves⁣⁣⁣ but more slender than most Human⁣⁣⁣ with the same range of skin complexions. Nolimon typically share eye and hair colors with their former human ethnicity and can grow more prominent facial hair. Their ears are tapered but not as long as a normal Elf.

When a Nolimon reproduces with another Nolimon, Human or Elf, the child will always take the mother's race. Nolimon are born following a 9-month pregnancy, although it is rare since most Nolimon choose not to mate with other Nolimon. They believe it is an important gift to choose to perform a Ritual of Iswa rather than inheriting "enlightenment."

Nolimon will either retain their previous Human first name or replace it with an Elf naming tradition. However, they will no longer keep a formal last name, instead choosing an "elder" name. Elder names tend to draw inspiration from the society who helped perform the Ritual of Iswa.
Elder Names: Aloro, Dalanthan, Liadon, Selevarun, Yaeldrist

Nolimon will adopt the popular dress and hairstyles of the society they chose. This can include braided hair and beards, tattoos and markings ( in addition to their Ritual Rune) and jewelry choices. Some choose to forgo any ties to their human ancestry, but most prefer to carry a keepsake of their previous life.

The Ritual of Iswa is an hour-long ceremony in which an Elf community leader with strong ties to the Trance: Plane of Eternal Glade⁣⁣⁣ etches a distinct rune on a Human's back or shoulder. Once complete, this marking is filled with the ritual master's Elven blood before being christened and placing the Human into a meditative trance for five days and five nights.   During this meditative trance, the human's body changes while their mind is granted admission to float in Al'Madoon's subconscious state. When the newly changed Nolimon awakes, the ritual is complete, and they are "enlightened" with the blessing of being surrounded by the Creator and claim a natural affinity to feeling the Bond. 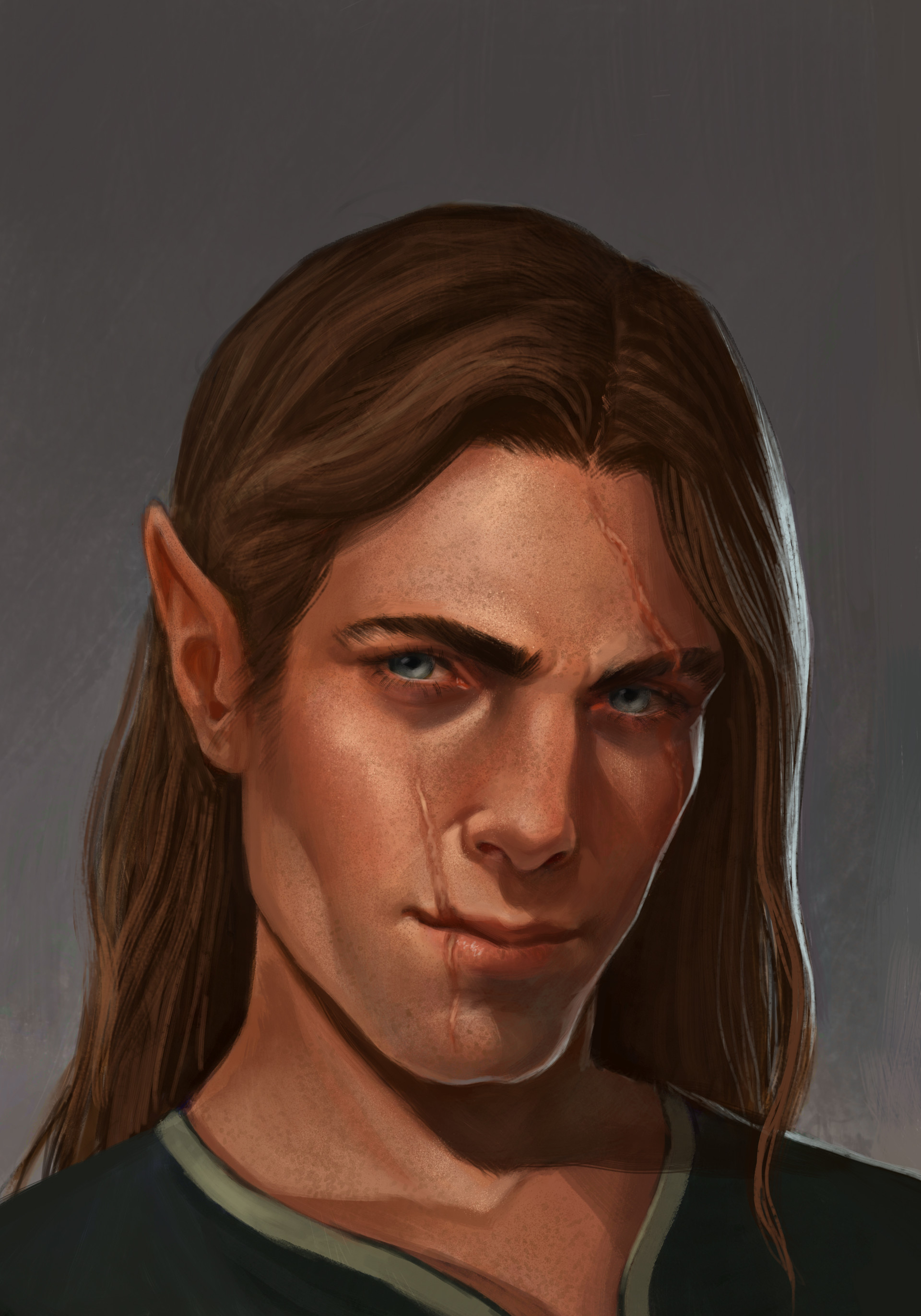 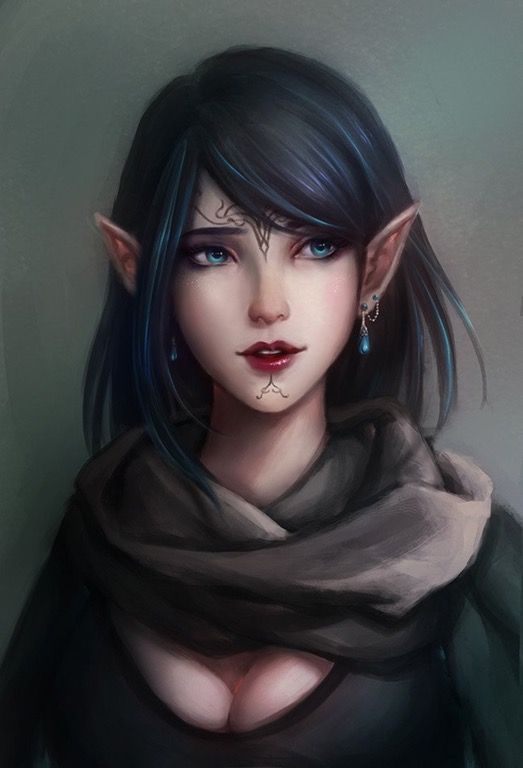 by Hà My Đinh

Available only for Gamingbrew Patrons. If you are a Patron the race will appear below. Support Erenel⁣⁣⁣

This work is licensed under a Creative Commons Attribution-NonCommercial-NoDerivatives 4.0 International License.
The Erenel Fictional Universe is presented under the OGL rules for 5th edition. All artists have been duly credited.If you would like to have your art removed, please contact me immediately.
System Reference Document 5.1 Copyright 2016, Wizards of the Coast, Inc.; Authors Mike Mearls, Jeremy Crawford, Chris Perkins, Rodney Thompson, Peter Lee, James Wyatt, Robert J. Schwalb, Bruce R. Cordell, Chris Sims, and Steve Townshend, based on original material by E. Gary Gygax and Dave Arneson. A special thank you to the many talented people who create the world's greatest role playing game.
Cover image: by Lucas Torquato
This article has no secrets.