A proud race pushed from their homelands following Al'Madoon's sacrifice and the rise of the ever-expanding Human⁣⁣ empires in Erenel. This bull-like race is at home on the battlefield and always willing to fight for their various causes. Minotaur still hold on to their centuries old grudge against Elves⁣⁣ for causing the sacrifice and the beginning of their decline.
Before the Era of the Bonded One (EoBO), great Minotaur kingdom's stretched across the Western continent of Tonarian. Second only to the Elves⁣⁣ in military might, Minotaur once embodied the meaning of civilization and discipline. Now in the Era of Human⁣⁣ expansion, Minotaur are caught between civilization and savagery. Discipline and madness.   An imposing and powerful race, they have earned their reputation for ferocity. It is said to be Minotaur is to be drawn to violence but bound by a conscience, always fighting the dark impulse of giving into temptation. Minotaurs are lovers of the fight and do so with an excitement which others not familiar with the race would assume is blood lust.

A Minotaur combines the features of human and bull. Sporting hooved feet and 2 foot long horns, these hulking humanoid typically stand over 7 feet tall and can weigh almost 340 pounds. Intimidating just by standing still, Minotaur also have tales proportionally a little longer than that of other bovine.   Fur covers both male and female Minotaur's upper body, coarse and thick on the head and around the neck, gradually thinning around the arms and upper torso. The thicker hair turns shaggy again around the waist and legs with tufts of hair at the end of their bovine tail and hooves. Most prefer to keep their hair short. However, longer hair is usually an indicator of importance or a higher station in the community. Minotaur fur color can range from albino white to coal black, though most Minotaur have red or brown fur.

Minotaur cities are made of well crafted stonework, much akin to what one would expect from the Dwarf⁣⁣ clans, which has allowed for Minotaur ruins to survive the centuries of degradation that have sadly fallen upon the race. Minotaur have a habit of building their settlements and kingdoms in a maze-like way with complex streets and alleys. Other races would refer to a Minotaur city as a "labyrinth homestead".

While Minotaur are fond of family and other races, they are not one to support those who are unable to support themselves. This excuse is made for children but the same can not be said for the elderly or disabled. Once a Minotaur in the clan has lost the ability to fend for themselves they are cast out, either by a honorable death or exile. Exile is considered the ultimate dishonor leading to Minotaur who are advancing in age to take on more dangerous challenges to keep their honor and avoid exile.   Many exiled Minotaur roam the surrounding land alone until death or make their way to settlements lead by other races searching for odd jobs to support their twilight years.

Minotaur display their achievements proudly by decorating their horns with sigils and trinkets. If someone is well versed in the culture, they are able to tell at a glance the prowess by examining the decorations. Many Minotaur also greatly care for a weapon of choice, wrapping it with fine clothes around the handle or engraving jewels in the hilt. Minotaur warriors will go to great length before a battle to make themselves look distinguished and important on the battlefield. 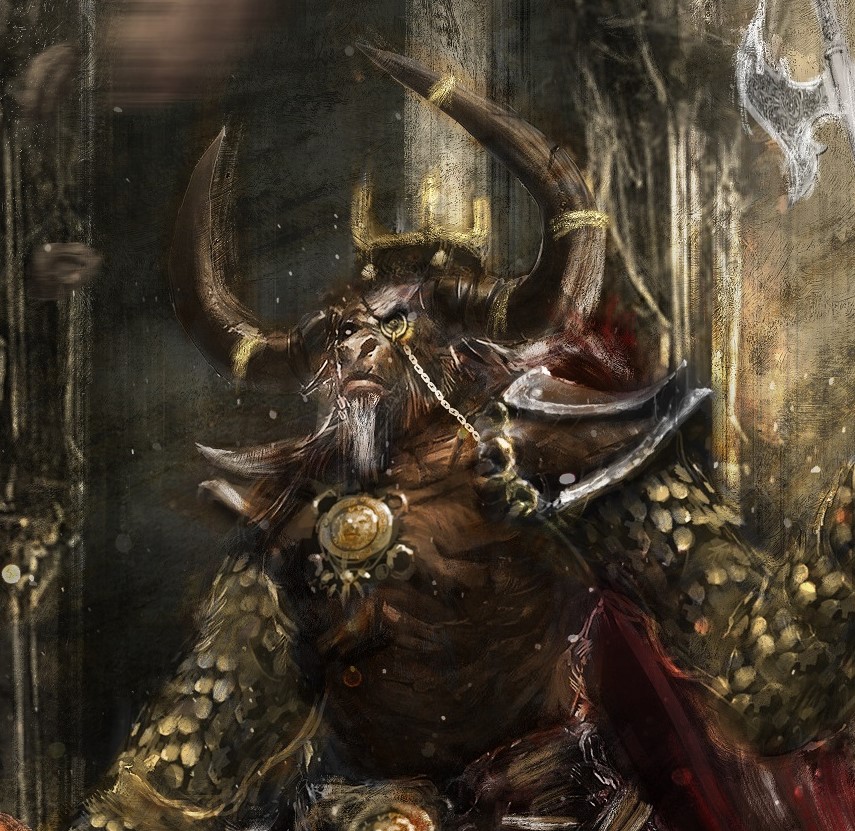 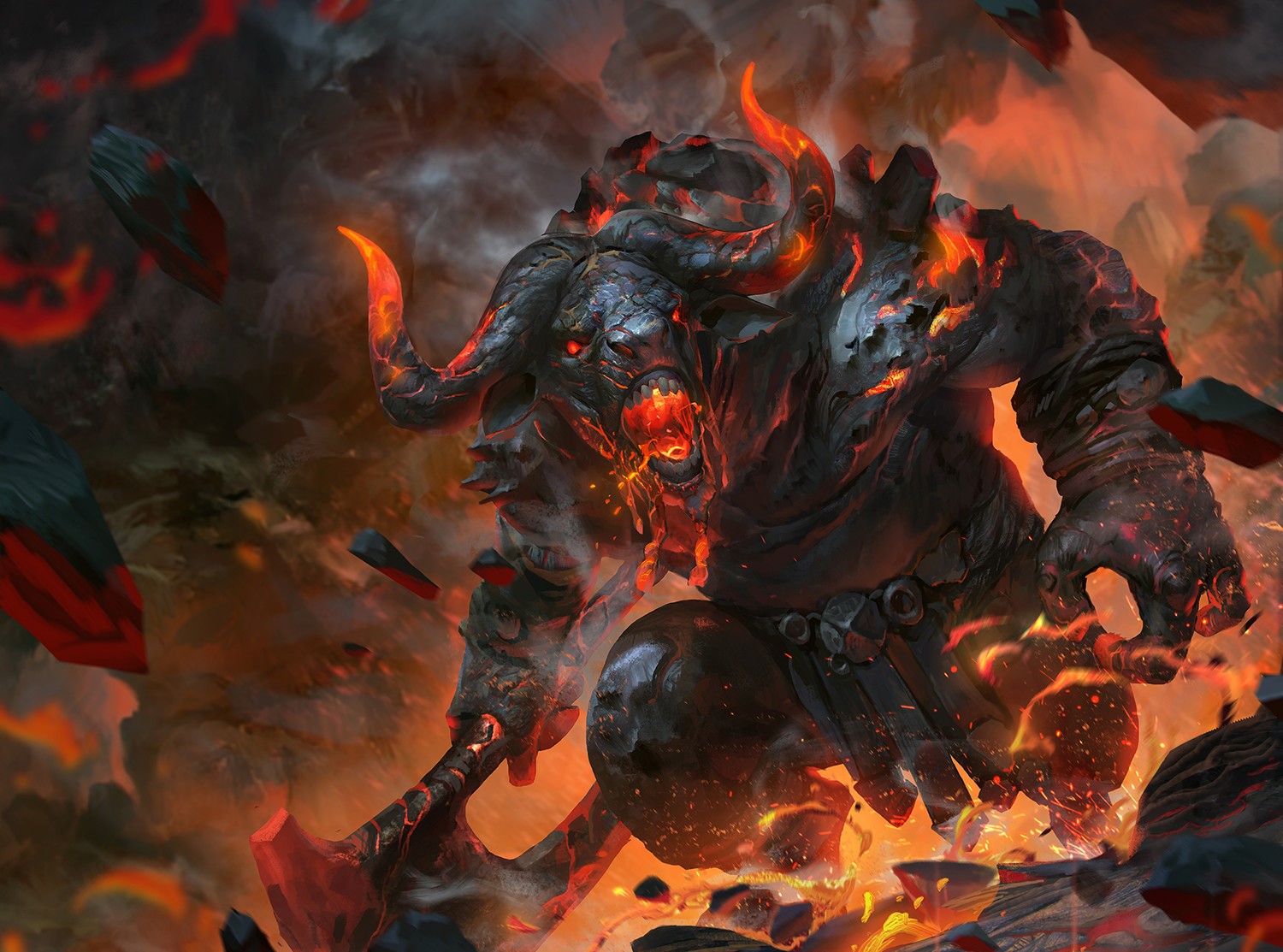 Your Minotaur character has a variety of natural abilities common with your ancestry. You may also choose to play as Wrathborn Minotaur instead.

Available only for Gamingbrew Patrons. If you are a Patron the race will appear below. Support Erenel⁣

Wrathborn Minotaur are Minotaur who have chosen to follow Hrólfr, the Ancient Wolf in hopes that he will lead them from the Haunted Lands and restore their race to what it once was. Wrathborn Minotaur are infused with the Wrath of the Hungering Flame himself and are prone to the volatile mood and impatient of the deity. All Wrathborn are feverishly hot almost as if they are burning from the inside. Their skin gives the impression of flaming reds, coal-blacks which writhes in flame when under extreme emotion. All Wrathborn give off the faint scent of brimstone when they speak.