Golganthi neither seek out nor shun contact with other races of Erenel and rarely attack intelligent creatures without provocation. A false stigma shrouds the Golganthi. They are not evil or cruel – they simply exist to survive.

The insectoid Golganthi have adapted to the harshest climates in Erenel, hunting and surviving where other races dare to travel. To be a Golganthi is to have a vastly differing mindset than the ordinary Human, who find Golganthi unpredictable and harsh. While Golganthi have the same needs as other races, they prioritize their needs differently. The focus of a predator or prey mentality, and respecting only strength, while lacking a sense of honor make the Golganthi a hard species to foster trusting relationships.   A combination of their aggressive appearance and strange mindset, force the Golganthi to reclusive lifestyles outside of their Hive. However, when a Golganthi chooses or needs to find companions, they make powerful allies adopting the same Hive mentality to a group, city, or organization.

The Golganthi resemble mantis-like humanoids that stand between 5 and 7 feet tall. These insectoids have six limbs, two are for walking, and the other four end in four or five-fingered hands. The middle set of limbs are smaller, while their upper “arms” are much more reliable. A hard exoskeleton of chitinous plates cover their bodies.   Golganthi are born with two compound eyes, but in rare cases some have many more. Two antennae are typical, and a complicated jaw structure with powerful mandibles finishes off the insect appearance. When a Golganthi is angry or excited their antennae flail about aiding in their already confusing personality patterns.   Golganthi can speak common languages, though difficult, and much prefer to express their own Language, Klik-Chak, which is easier to pronounce with their mouth structure. 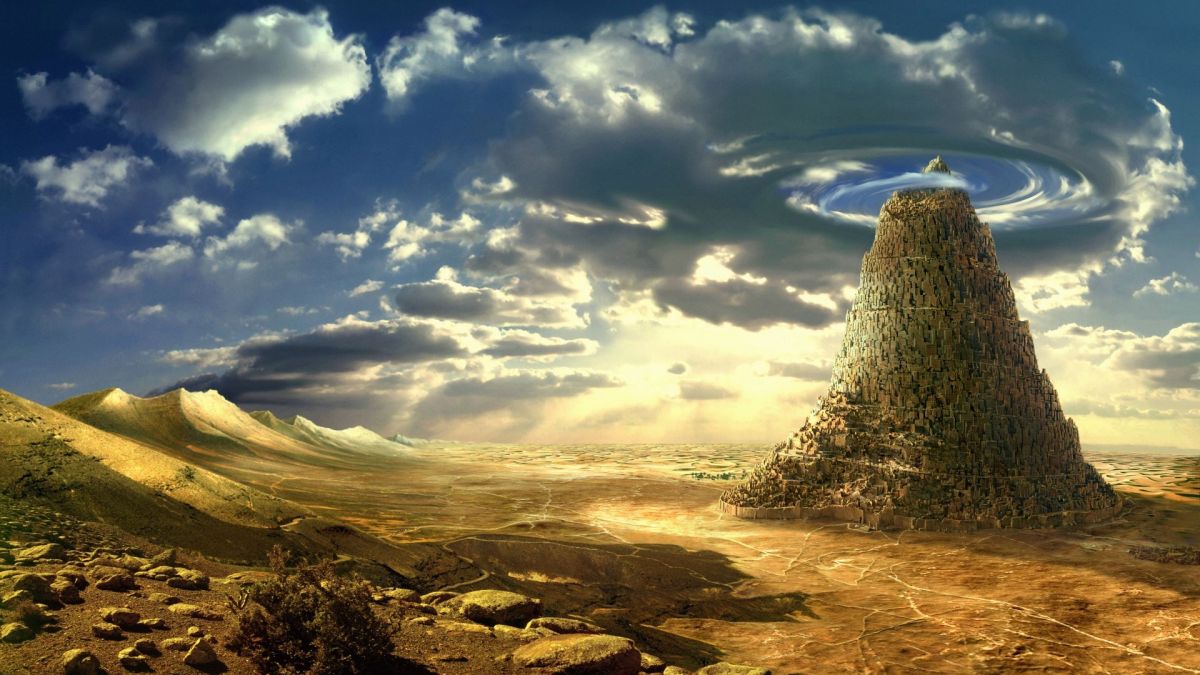 Golganthi are born as a clutch consisting of all surviving members of the group of eggs. A clutch of eggs are laid once a year by a Hive Queen, or in large broods of Golganthi, a Fertility Mother. Once the clutch is hatched, and of age, they join the larger brood known as a Hive. Hives consist of multiple years of hatched clutches forming a Golganthi society, ranging from dozens to thousands of Golganthi.   Obeying their pack instinct, Golganthi find their place within the Hive. Most become hunters, but many other tasks are possible in the Hive, and all Golganthi are willing to accept subordinate roles or face being cast out or killed. All must contribute for the good of the Hive Queen. However, the autocracy of Golganthi society is surprisingly open for freedom of opinion. Golganthi offer advice and disagree with one another, but if the Hive Queen wills it, the Golganthi act.   Golganthi have no established religious practices unless the Hive Queen or brood has adopted the belief. Unfortunately, many Golganthi clutches fall prone to their hive mentality. Dark forces and dangerous cults of Erenel often attempt to gain control of clutch leaders. When a clutch leader follows a dark path, the entire Hive will typically follow.

Golganthi are eager to fulfill the duties of their position for the Hive Queen. At times, the Hive Queen may be at the end of her life cycle or injured and not as powerful as before. The strongest Fertility Mother will often rise and challenge a weak Hive Queen to keep the Hive secure and guarantee the survival of the Golganthi.   Golganthi will not interfere between a Hive Queen and a Fertility Mother but will protect an unhatched clutch during the uprising. Golganthi swarm to witness the ensuing trial by combat as the victor will seize leadership after killing their opponent. 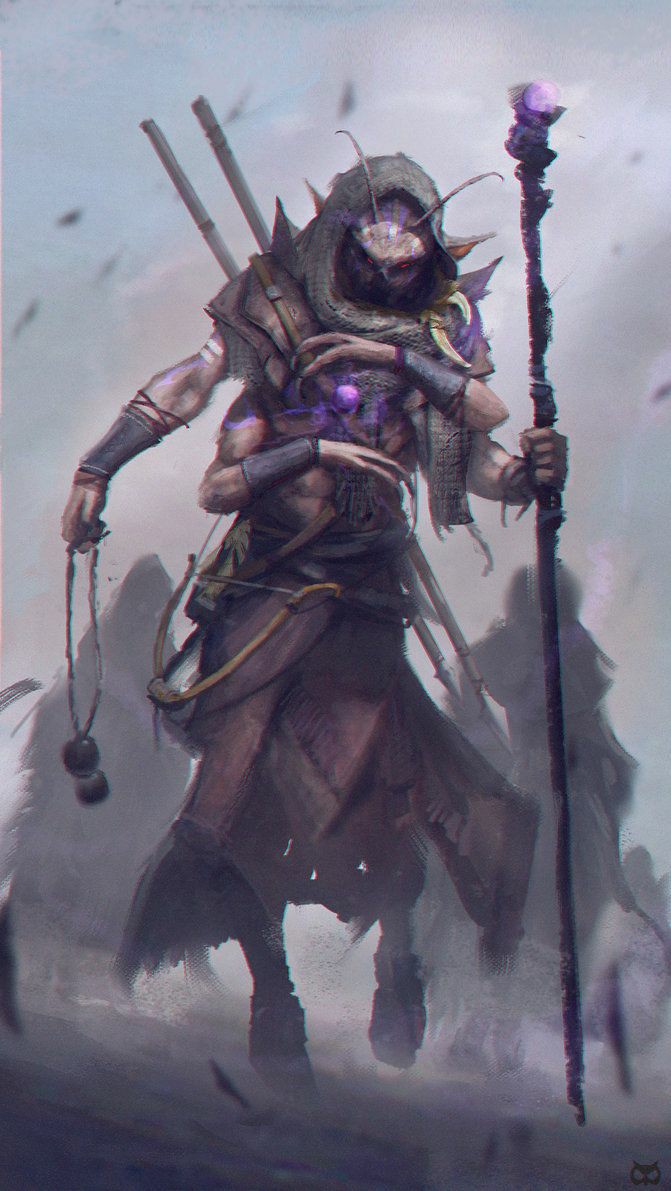 by Darkcloud013
Lifespan
Golganthi have short life spans and mature quickly after hatching. They reach adulthood in a year and can live for 40 years.
Average Height
5ft - 7ft
Average Length
100 - 250 lbs 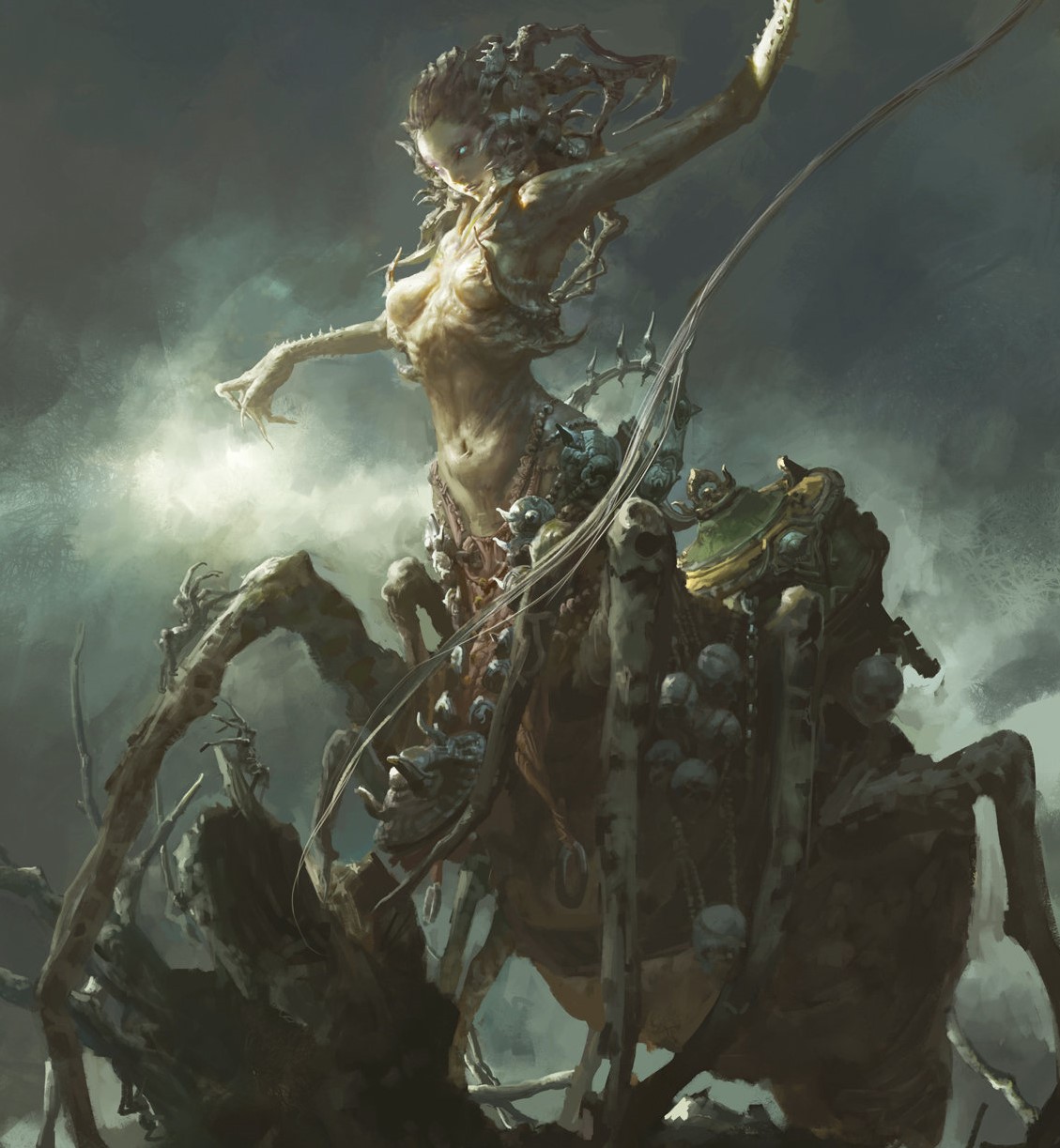 Clutch Guardian: Defenders of the Hive, unhatched eggs, and immature Golganthi before their admittance to the Hive.
Fertility Mother: Chosen female Golganthi, who assist in laying eggs with the Hive Queen to maintain a healthy population of workers. Only the largest Hives will birth Fertility Mothers.
Harvester: Golganthi deemed unfit to hunt. Harvesters are responsible for preparing kills to feed the Hive and also double as crafters, leatherworkers, and blacksmiths.
Hunter: Golganthi specializing in the tracking and killing of animals for food. Hunters always travel in packs and are highly skilled in combat.
Last of the Clutch: Laborers deemed unfit to hunt and lacking Harvester skill sets. These Golganthi are at the bottom of the hierarchy and serve, however necessary.

Your Golganthi character has a variety of natural abilities common with your ancestry.
Available only for Gamingbrew Patrons. If you are a Patron the race will appear below. Support Erenel
Races

This work is licensed under a Creative Commons Attribution-NonCommercial-NoDerivatives 4.0 International License.
The Erenel Fictional Universe is presented under the OGL rules for 5th edition. All artists have been duly credited.If you would like to have your art removed, please contact me immediately.
System Reference Document 5.1 Copyright 2016, Wizards of the Coast, Inc.; Authors Mike Mearls, Jeremy Crawford, Chris Perkins, Rodney Thompson, Peter Lee, James Wyatt, Robert J. Schwalb, Bruce R. Cordell, Chris Sims, and Steve Townshend, based on original material by E. Gary Gygax and Dave Arneson. A special thank you to the many talented people who create the world's greatest role playing game.
Cover image: by MrGunn