This Artificer article features subclass options for Erenel players in 5th Edition Dungeons and Dragons. The article will be updated over time as new subclasses are released! Some subclasses are only available for Gamingbrew Patrons!

Masters of invention, artificers use ingenuity and magic to unlock extraordinary capabilities in objects. They see magic as a complex system waiting to be decoded and then harnessed in their spells and inventions. You can find everything you need to play one of these inventors in the next few sections. Artificers use a variety of tools to channel their arcane power. To cast a spell, an artificer might use alchemist's supplies to create a potent elixir, calligrapher's supplies to inscribe a sigil of power, or tinker's tools to craft a temporary charm. The magic of artificers is tied to their tools and their talents, and few other characters can produce the right tool for a job as well as an artificer.   Nothing excites an artificer quite like uncovering a new metal or discovering a source of elemental energy. In artificer circles, new inventions and strange discoveries create the most excitement. Artificers who wish to make their mark must innovate, creating something fresh, rather than iterating on familiar designs.   This drive for novelty pushes artificers to become adventurers. Eberron's main travel routes and populated regions have long since been explored. Thus, artificers seek the frontiers of civilization in hopes of making the next great discovery in arcane research.

At 3rd level, you choose the type of specialist you are, each of which is detailed at the end of the class's description. Your choice grants you features at 5th level and again at 9th and 15th level. 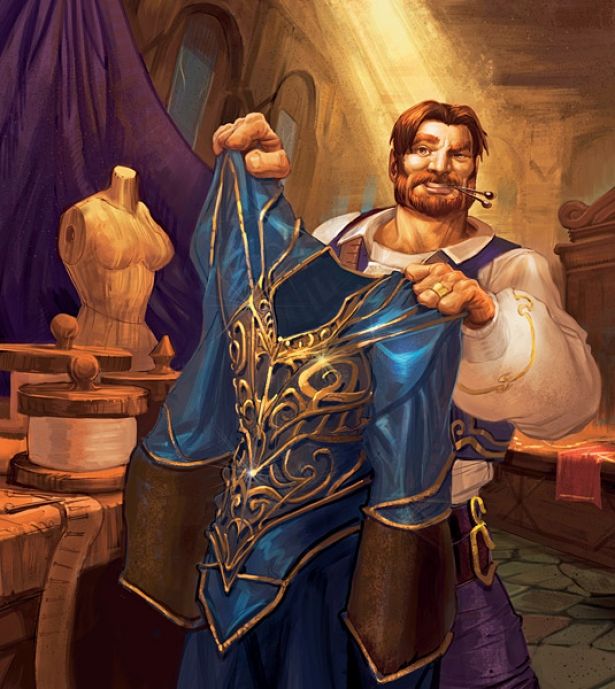 by World of Warcraft

A Weaver is adept at utilizing the abstract and conceptual to weave a tie between others and themselves. They use the ethereal plane to embolden their allies and capture their enemies, and create the bridge between arcane tradition and artificer specialization. For a Weaver, their creation and infusions are about inspiring many towards greatness and preventing many more from doing harm.
Available only for Gamingbrew Patrons. If you are a Patron the sub class will appear below.
Subclasses