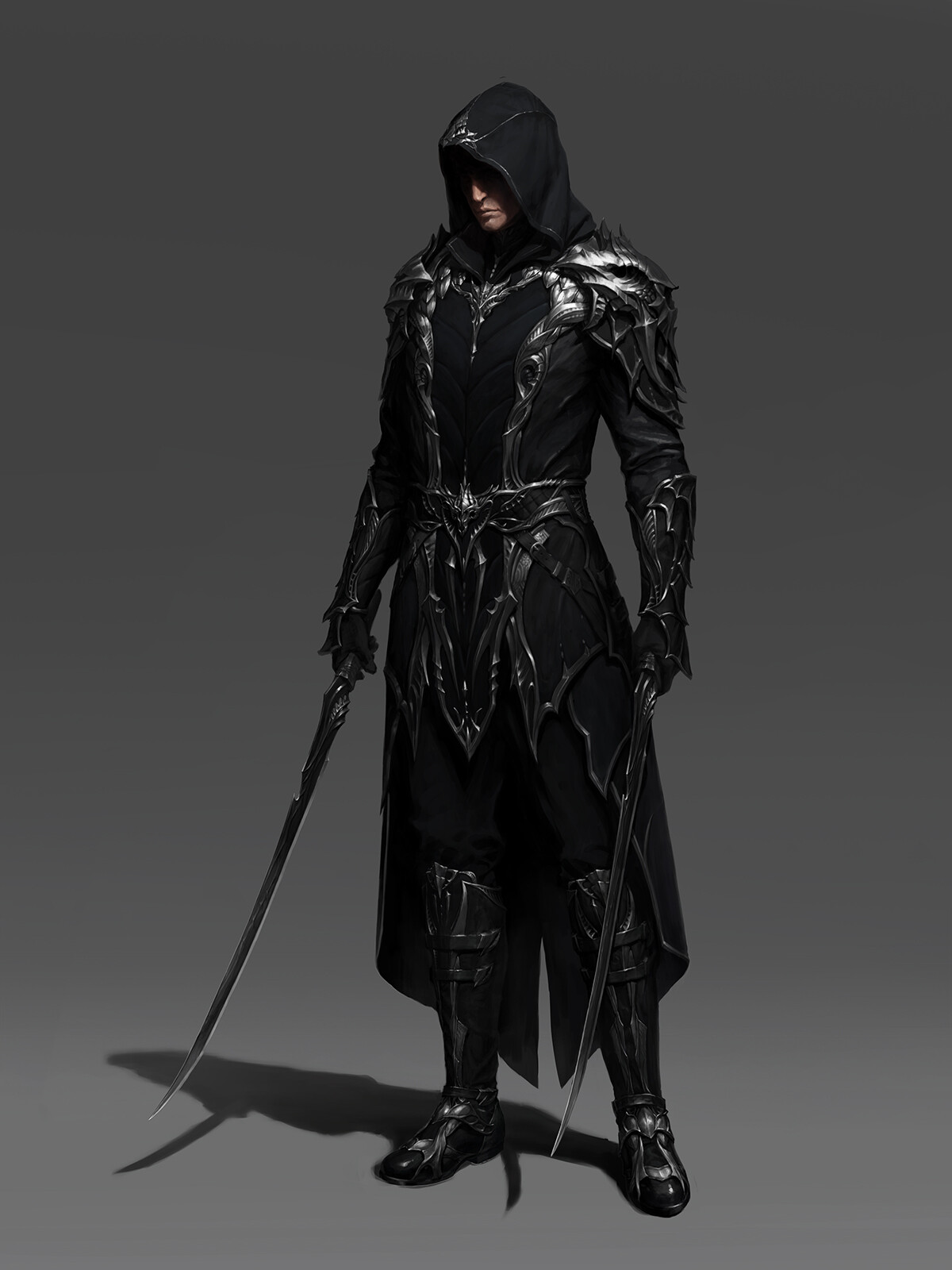 Is a well built human 6 ft tall Very fit. Short black hair with a well trimmed beard and mustache .Very handsome man in his early 30's. Usually has a cocky smile that he uses to defuse the fear that forms from his age and power. When this smile turns sinister the true terrifying nature is revealed and any who witness it shall not be long of this world. Its unknown if he has any tattoos or other markings! Those few who have learned soon had those memories lost and forgotten.

At the temple he wears a vestments of black and gold with a high collar that covers his entire neck. a cape that hangs off the back of his shoulders. Wrist cuffs of the same design again black and gold…Very regal in his appearance, it would be easy to think he was nobility before his turning. A more more serious demeanor is shown at the temple saving the cocky smile for other encounters.

While at court he wears an all black armor. Made of what appears to be leather, but completely silent, many times more durable and flexible.. Its inlaid with decorative silver that accents the more important protective areas. It outlines the shoulder, wrists, shins, waist and feet.. It's both regal and terrifying in a Gothic style.. These may just look like accents, but add layers to the protection afforded and most certainly contain blood magic of immense power. 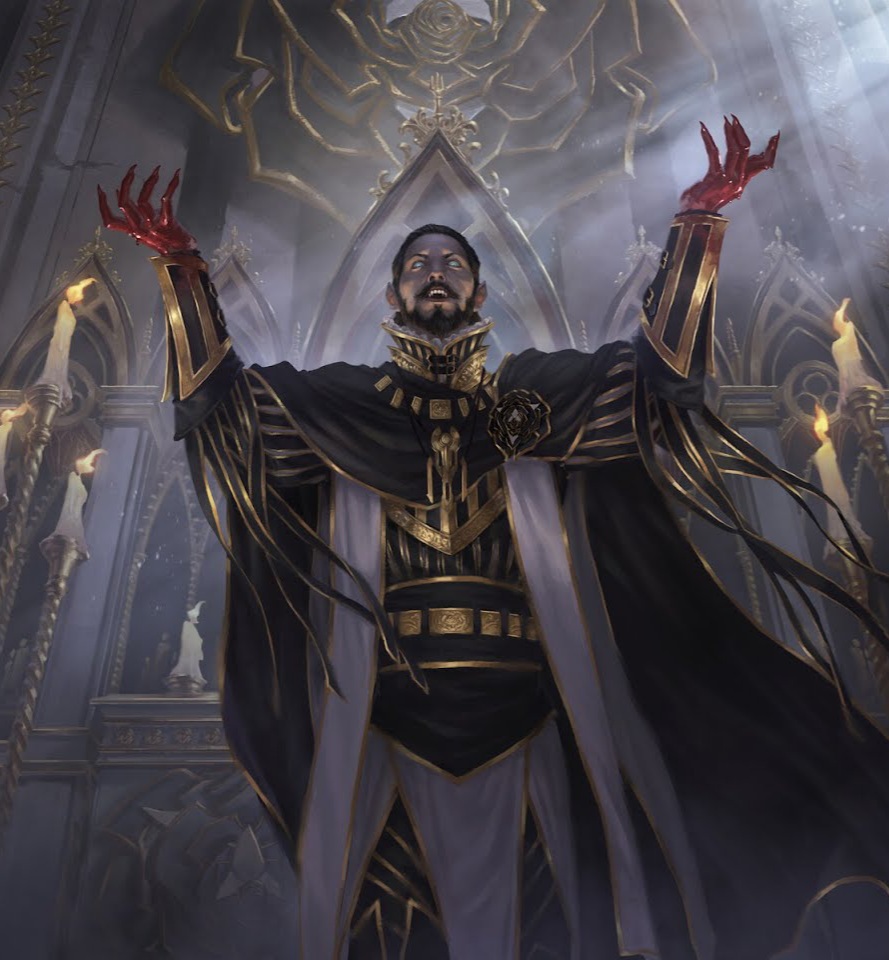