"Ok Cadets, today's lesson will be about the Imperial flying forces of Kagomei. Ok, who can tell me when they were founded?"

"And what started it?"

"Meltran-who-was-nameihomei instructed Hari Pawtel, then Prince of the Second Rank of the Nisei and Tutor of his grandson, to build flying devices that could be used as weapons." spoke Flora, who had learned this by heart years before she joined the Maëlle Comma aerospace academy.

"I had a funny dream last night, about that day when that hardass teacher at the academy drilled you about FlyForce."

"And do you have such dreams often, OR-03 five pointed star Amarat Jr Veneer?"

"No, not.. not since I taste the wind for Kagomei, Zim!" Flora didn't seem to have drawn the inference he thought she had...

"Did you have such dreams often, then, back in Megamisama, Kon?"

Danger, red alert, danger, danger! Change the subject! Amarat's brain went into overdrive. "No more than the rest of the squad, Zim!"

"You met Hari Pawtel?" She changed the subject.

"You know I did, he was my teacher since I was a little boy."

"And your grandfather had him set up FlyForce? How did that work?"

"I was still pretty little, so I only had lessons one hour each day, my tutor was free to travel to Dunkehl and set up Mirage base."

"Close to Veneer, close to Starkastar, Ingred, Kimaguray, but seperate,"

"Those are all civilian airports."

"Yeah, we set up Fly Force on a base of civilian flight, like most Arndan nations did."

"But Dunkehl is not very populated, and in the middle of nowhere..."

"It's also extremely secure, thanks to Mountain Home no one goes there without a good look from the lifeguards. And the temple itself is protected by the elements, there's protection fields that prevent explosions from damaging the monument."

"I still can't believe you met the founder of Flyforce."

"I can arrange for introductions, we'll have to go visit him in Nisei though."

"I ran into him when we were in Lai Dang for the treaty, alive, kicking and salty enough for two barrels of Haddock.

"So we're on loan from Third fleet, to Fifth Fleet?"

"How come you're our Thistle then? Wouldn't you come from Third fleet as well?"

"I am from Third fleet, I was brevet-up from Non-com track at the Academy, I don't think they bothered with that much paperwork since. But the squad is third fleet, officially attached 'with a dotted line' to Meihomei's Own Fleet Element."

What's with his air of authority? She thought to herself. It's distracting. She was trying not to blush.

"I was slotted directly into Staffing Technical Branch for administrative purposes, I guess that was Favoritism."

"I doubt it, those have to be countersigned by Meihomei and the Telbun..."

"Who happen to be my first cousin, once removed, and a third cousin, even the valourkeeper is my cousin, what is your point?"

"I take it you're a fan? I could set up an introduction."

"He is my fourth cousin, I can tell him you'd like to say hi when he drops by the house next time."

"My mother, who lives part of the time at my domain, is Nameihomei, they work together, so he visits from time to time for work, and he makes a point to visit not for work every other month at least, just to see how I'm doing."

"Got Three Merits of Honour and a dignity of Emerald Knight of Great Kagome? Yes. He's reasonable 'uncle' most of the time too."

"I keep hyperventilating when I think about how connected you are to royalty."

"What will you do when I become a Domei then?"

"When my Cherished Mother retires, I shall be invested Domei of Garay."

"And you're, third in the line of succession?"

"Second now, yes, I'll officially be the heir when she retires as well, in the meantime, I'm unofficially the heir because she said she'd abdicate to me..."

An official-looking page came into the room, clearly civilian, and out of place.

"Zim, you're going to have to tell me what you're doing here." Amarat said, addressing the page.

"I have a message for Amarat Veneer Jr."

"I bear summons from Meihomei on this day, you are to discharge your duties, immediately, and travel to the Kagomine Palace at Megamisama, where you will present yourself to Meihomei, she has important news and duties for you.

"Can I be discharged, Zim?" He addressed Piersa, who was partly his commanding officer, but at the same time, he had signed her into her new job...

"That's above my pay grade, Kon, up you go. I'm authorizing escort detail to Flag Bridge, for you and our guest."

"What, but my mission is finished. I've delivered my message."

"Yes, and you don't have flight authorization off the ship, for that you need to talk to the shipmaster."

"The shipmaster? Isn't that Nessuna Comma?"

"No, thankfully, she's been promoted off, you need to talk to Eagle Ria Baker, and testify that these orders are valid and true."

"Because, Kon Veneer here is her staffing officer, the circumstances in which he can leave his post are limited. And we have only your word the document is authentic."

"I will perform the divination, once on flight bridge." Spoke Amarat, curtly.

"Kon Veneer, I recognize you. What's all this?"

"Eagle Baker, this page comes from Megamisama, with a document from Meihomei, I would authenticate it, and if it is genuine, I will have no choice but to do what it says."

"Carry on, Thistle. I take it it's not unusual for you to be summoned to Meihomei?"

"It is, but perhaps less unusual than most, she does call me nephew."

"I keep forgetting they sent us a royal to keep everyone on their toes. What do you need to perform this spell?"

"Just someone who is having a case of the vapours..."

"Unbutton your shirt then, I'm sure a few stray red hairs will do the trick..."

"You are the most eligible bachelor in my command, no matter how you slice it, Thistle... And easy on the eyes."

"Maybe you don't even need to, just talk to her sternly, maybe?" Interjected Ria, who thought this was rather funny, except if word got out that Skua Ouranos, who got picked by Amarat, had a huge crush on him, they were risking a Title 65 again.

Piersa was melting, damn, why do you have to be so hot when you get bossy? she asked herself.

"Exceptionally, since I do not have anyone else in staffing technical specialty right now in third fleet attached to this vessel, I am naming you staffing Aumhava of the ship, despite being a line officer, as you are the strongest priestess in the specialty on board.

"You are to keep all assignments as they are, transfer recovered personnel on active duty, and act in all respects like the Staffing Officer for Third Fleet."

"What about fifth fleet?"

"Why not third fleet as well?"

"Because I'm only staffing for fifth fleet, I was Interim staffing third fleet for the task force until Skua Ouranos got herself a proper Kon."

"Those orders look legitimate to me, now can you authenticate?"

"Hush, you two, this is very serious, they wouldn't recall Amarat without a pretty darn tooting serious reason."

"I have no idea, but like I said, it'll be big." She was lying, she had a favourite idea why Amarat was being recalled: something had happened to his cousin Shen Kagome, the Bameimeito of Kagomei, possibly a casualty of war, it's the only thing that made sense.

"At the behest of Meihomei's vision, an OF-10 rank flag officer, the Imperial Kagomine Flying Forces(known therefore as FlyForce) shall number no less than five wings or divisions, each wing under the command of an OF-09 rank flag commissioned officer. One of these OF-09 will be the chief of staff, responsible for all dotation, procurement, promotions and discipline among this force. This OF-09 will "hold" the third division, whose real commander will be Meihomei's Vision, and whose mission is to act as research and development arm, logstics arm and finally container of any odds and ends not fitting elsewhere.

The chief of staff will be logistically attached to third division, but not its commander except in a ceremonial sense. Third division will be responsible for all Jade Banks, Human Capital and general operations for all divisions, and as such will be investigated twice a year by FlyForce's internal and external auditors.

First Wing will constitute an aggressive flying force of 140 interceptor planes, currently HVF-21 Amber Raptors. Second Wing will be constituted of Barrier Combat Air Patrol(BARCAP) whose mission is the suppression of any attacks on sovereign Kagomine Territory, using the same aircraft, since it's been found proficient in both missions. Fourth Wing will contain ground assault craft, like the Cheetah Gunskycutter and Fifth wing will round up the totals with transport, logistics and special means aircraft, such as the Cormorant-class Airborne Early Warning Skycutter

A comparatively newer service, having been founded in 798, FlyForce as it's commonly called, is considered quite approachable, unlike the Land Forces, who are said, and thought to be too numerous, and the Navy, whose elite status has most civilians star-struck. 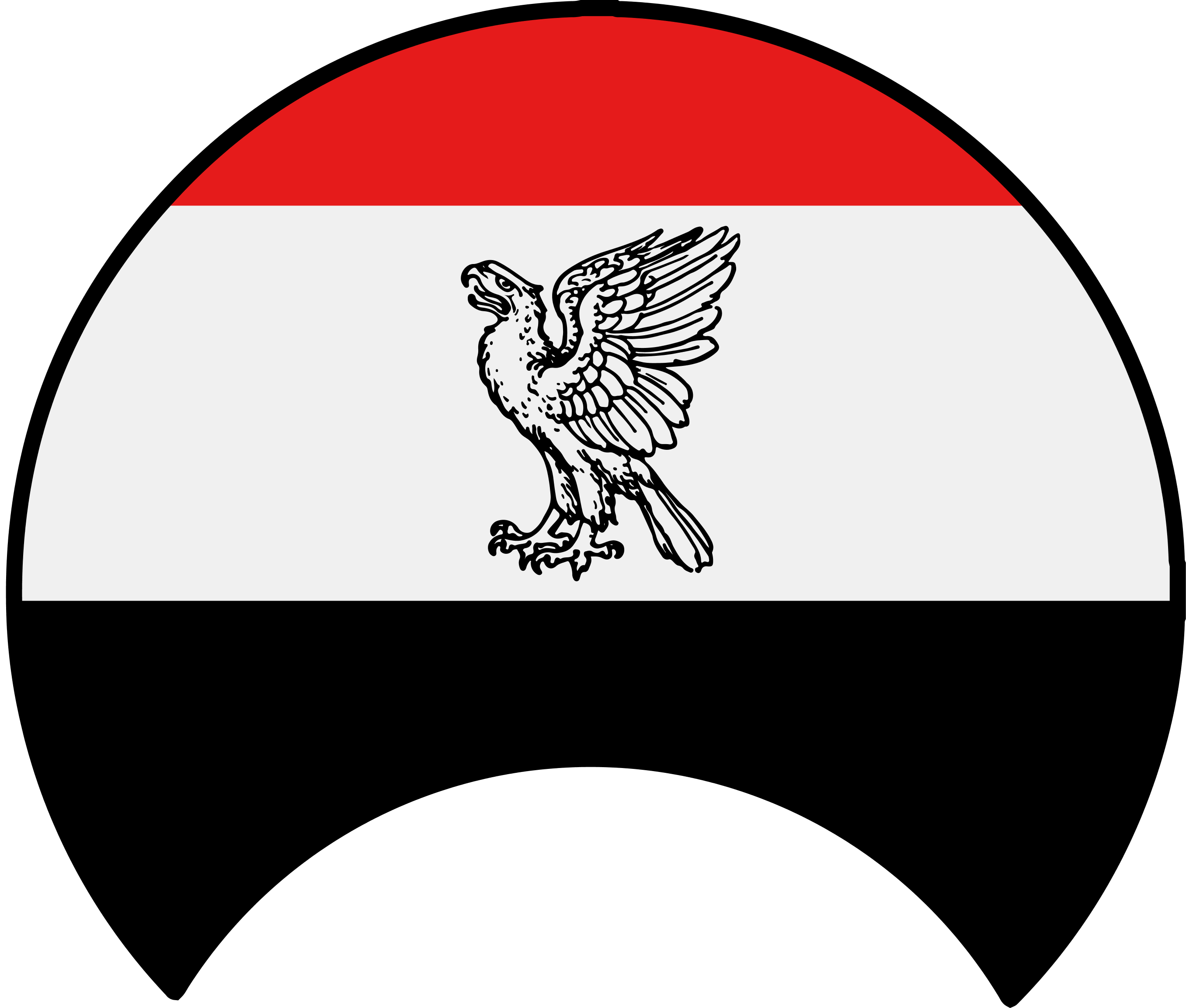 Taste the wind for Kagomei