To: Meihomei, Kagomine Palace at Megamisama
From: Megamisama Drydock Complex Plaza, Number 1, FFOF-09 Eagle Flora Rolli, serial number: 1238588385-7712-18-21, Meritant of Honour, Commander, Air Wing, Kagomine Sixth Fleet.
I suppose, now that we have had low Tcha together, I should treat writing this personal report on my Hérévallin as a common thing. I, however, for the life of me, cannot treat it as anything normal. The ambassador from Nisei keeps harbouring some designs on Amarat. Amarat keeps treating it as normal. I keep being treated as ill-fitting luggage that is being carried around, or perhaps some foxhound that cannot be taught that foxes are sometimes not in hunting season.   They have announced all the necessary treaties and initiatives and the festival part of things is going well, however, I cannot make peace with the fact that my husband is keeping to his breast what amounts to a Nisan Venomous Eel.
With respect, I remain.

"Meihomei, I am who I am, I am unlikely to change much."

"You still can, you're of an age where change is possible, at least, and if anything, your first child, might cause such change."

"Oh, are congradulations in order?"

"Well, I'm a few days late, nothing to write the folks home about... yet. But, Amarat and I have been trying."

"Congradulations, hopefully, it is all that you two hope it to be."

"We're hoping for a child with an equanimous amount of limbs, and the ability to read and write, in due time. My sympathies again, for Shen." Flora tried not to say the last, but she couldn't. It was still too raw, and her ruler's grief still too immediate.

"Thank you, you shouldn't need to, but I appreciate the sentiment. Life goes on though, and my nephew making me a great aunt is nothing to regret."

"You are unfamiliar with global politics, she is a known quantity, to those trained in the relevant skills."

"What am I missing?"

"She is an eager second and heir, and successor. She cannot do much on her own, except by shaping perceptions, by interpreting words, and causing slights to be seen where there are none. Entirely the kind of adversary Amarat was neutralizing before he was even a meter tall."

"Oh, an entirely different breed, Hari Pawtel, if he was directing negotiations, would be a fearsome foe. He's decided we were no threat, from all I can say."

"He's pumped enough credits into these initiatives, and with such punitive clauses for withdrawal, that he is letting her have some rope, and seeing if she will hang herself on them. She cannot really protest Sirius or our involvement at this point."

"If she did, I could ask him to recall her, the loss of face might be enough to lose her her title of first princess. Think of it as Conduct Unbecoming, but for an ambassador, not an officer."

"Oh, she has standards to keep?"

"Yes, the first one is 'keep your ruler informed and happy'. She has everything to lose by acting like a loose cannon."

"But she's not just an ambassador."

"Yes, but just like Mikhala and Amarat cannot act without me being blamed, they can hardly act without my knowledge or approval for the most important things. When the Nameihomei speaks with Meihomei's voice, I can still countermand it, citing incomplete understanding of a situation, for instance, and when a Bameimeito speaks, it is still understood that he is training to be my understudy, with limits on how much of my authority he can claim without review."

"And she is as close to him as they are?"

"No, they are political rivals, she failed to get his job, and is now his second. That can't help their political process."

"Ours isn't perfect, but my sister and heir both are people I love and cherish and want to have succeed. My sister is my second precisely because I can't trust anyone else more than her, and her son, my nephew is my heir because she refused the job."

Flora sipped her tcha. "I don't want to sound unpatriotic, I just am worried we're reacting to their game, and may be overly complacent."

"That is a good thought. We can't fall into complacency, they are our friends, we wouldn't have an air force without their ruler, but their interests don't always align."

"Mikhala and Hari have been friends since she met him on her first trip to Nisei. He was a more minor mage, she was my heir. They hit it off on an academic level, then started spouting joint ventures. Up until Lai Dang, Nisei accounted for twenty per cent of our gross national product, and that started because Hari Pawtel, mage, decided to teach some new spells to Mikhala Veneer, initiate sorceress."

"That's also why Hari taught Amarat mathematics, she felt he was a really smart cookie, and it had happened a few times in history, us hiring Nisan tutors for the heir to Kagomei."

"Was this the only nation we hired from?"

"He was trained by the Innu, who were still their own nation at the time, their unification is what created Kagomei, and that happened after his death, his death actually caused it to happen."

"Amarat is a Kagomine, a Ma, a Dandelion and a Starboecks. And a Veneer by adoption, any bloodline stronger than that would be scary."

"What about the Matsumoto? They hate him?"

"They want to claim anyone Kagomine, just like the Dandelions do, but the Edict of 745 says we're our own thing, unless we choose to count ourselves as members."

"That's a complicated question, we are ok with being members, as long as they don't expect us to obey. Obedience is right out, no matter of it's Matsu-tan or Dandelion Soul."

"And Amarat shares this detached view?"

"I think he does, at least, he shares the 'no obedience clause' when it comes to Starboecks. They've tried to claim him several times."

"They don't have the raw power the Dandelions or Matstumoto have."

"They have a more immediate claim, through his grandmother."

"My mother, peace be onto her soul, was a Dandelion, Mikhala's mother, was a Starboecks, no wonder the boy's fate was complicated."

"Oh, so not Mikhala's adoptive mother, but her blood mother?"

"There's worse things than lineage through armed forces service, or Priesthood, for that matter."

"I know, I'm one myself. But it doesn't help when you're trying to tell the Starboecks to shut up."

"Have you tried putting it in those terms to Amarat?"

"I have the most irrational idea if he was told: 'That's what Flora is', he'd defend it magnificently."

"He... might at that. He's especially good at taking whatever I am, and making it shine, it's not even funny."

"Stop that. He didn't do all the work. He saw your course of action, and backed you up all the way. But that doesn't mean you were passive."

"He asked what you thought would save a few thousand people!"

"I don't mean to minimize what he did, I want you to realize he didn't do it alone..."

"He didn't do it alone, you didn't do it by yourself. Get over yourself. You were a team, that's why I had to break out a new edict just to give proper credit over an action that involved a commissionned officer, a non-com and a whole squad of priests! Marhamat still rants about that when I let him!"

"Flora honey, is there a signal I'm missing?"   "What about Amarat dear?"   "You've started wearing mismatched earrings, I'm wondering what it portends."   "That's between me and the elements, dear." She lied, having just decided to wear a mismatched pair to see how long it would take him to notice, which was about five minutes. He was earning points for paying attention, for sure. But as a priestess, anything 'between her and the elements' was sacred, and not even a husband was privy to.   "Oh."

Until she gets official military jackets, and later, when in civilian clothes, she tends to wear her Maelle Comma Sky and Sea Academy Jacket, finding comfort in the rich fabric and brass decorations. She also tends to wear large star-shaped earrings. 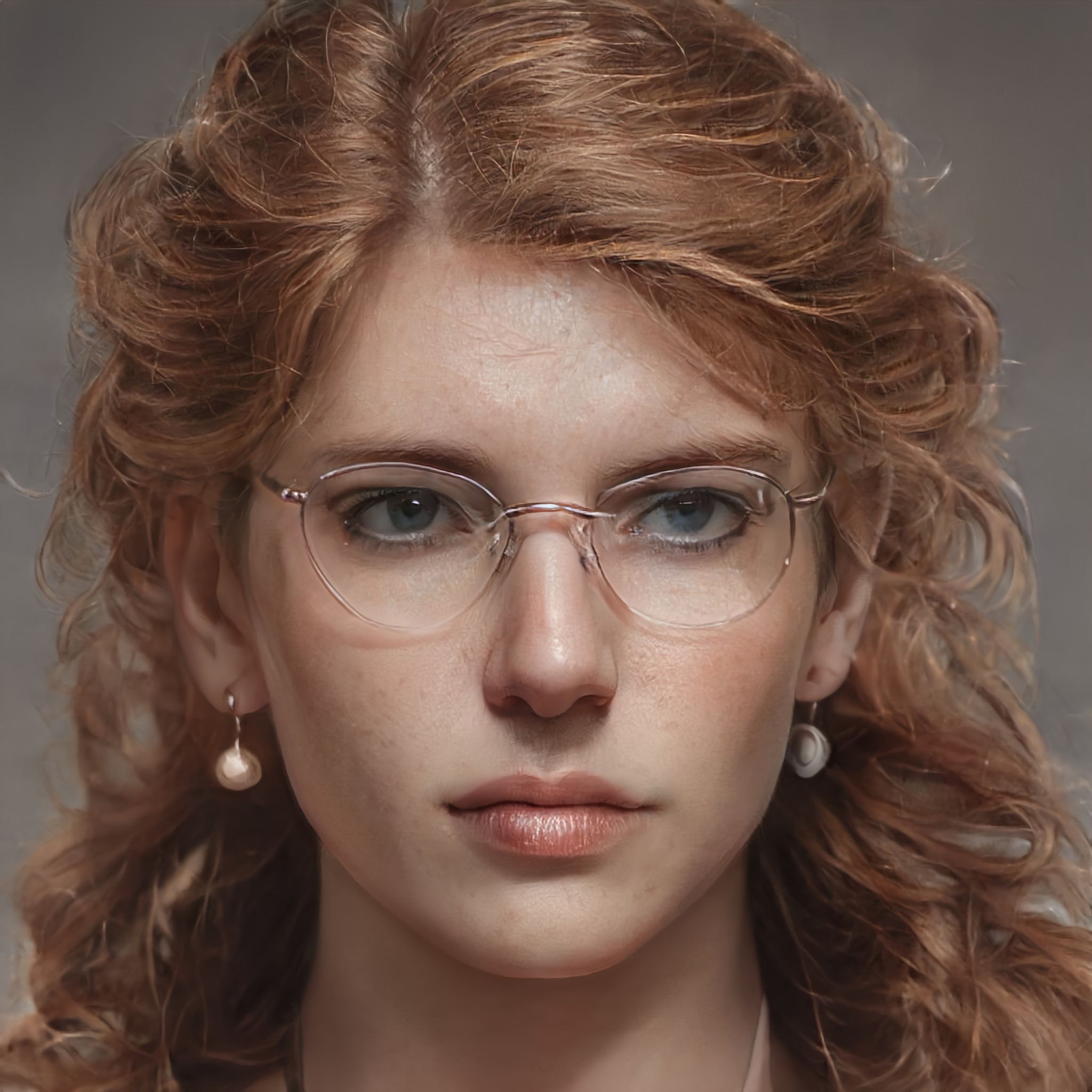