From the Book of deeds of the Kagomine People, Volume 47, page 10:

I, that is Meihomei, the fourty-seventh of the title, being by blood and inheritance of the Kagomei, Veneer and Dandelion clans, do declare this to be true about my father, Amarat Veneer Junior, who-was-Meihomei:   He was born to privilege, in the now imperial residence known as Responsible Disclosure, where he was quickly known as a prodigy, earning a partial credit for a patent in his childhood, and contributing signally to International Treaties before his legal majority.   He later met my mother, then a commoner, the daughter of a Nessun, at that Nessun's elevation party, and never was the same again, spending several arnds as her Hannabrid, then finally marrying her and causing me and my sisters to be. His impact on the Lai Dang Accords at that time cannot be overstated, and without some of our enemies' obsession with him, many more lives would have been lost. He clashed many times with the leadership of the Coalition, and his Boxes of Honour have yet to be matched. His negotiation of peace as both his wife and then-Meihomei lay dying, calling on his personal relationship with many in power cemented his reputation as a high stakes gambler, and a cool head in a storm.   Upon the subsequent death of my grandmother, he became regent to Meihomei, holding the title in trust for whichever of his children would prove suitable to the task. I want to thank him, not just for giving me life, but for having an Empire left to rule. With me is the chief of state of far Nuova Firenze to notarize these to be true.
Bihar-Tagada Veneer
Meihomei
Miroslav Tremblay
Prime Minister of Nuova Firenze

"As is tradition, we will remember his naming day, first of all. And how he came to be called."

"Nellun, his long-standing butler, will read us from his mother's journals, about his naming day."

"I still don't know what to name my son, he will not laugh, he will only cry. It is upsetting, he does however, seem to have fully inherited my voice and stamina. He will cry for hours. I had tried a few names, but I tried another combination, with both his grandfather and great-uncle, and adoptive grand-father's names. Randomly peppering other names, gleaned from baby-naming books, I said:

"And he went silent, after one giggle. He had accepted a name! As was tradition, I had to figure out later, what Flinflon, Nomintan and Killidarvi would mean... Flinflon would turn out to be a referencce, being a village in the barony of Sottolanga that I owned at the time, but hadn't known about the village's name. Nomintan would be Loro for friend-maker, and Killidarvi was Olmec for festival."

Soft, dowdy, does not exercice much, intense green eyes

He is a "Namei" a prince, with the features most people associate with high nobility, lantern jaw, intense kelly green eyes(which are commonly found only in high imperial scions)

Has the emerald eyes common to the Kagomei family, so much he cannot hide in public in Seylon if they can see his eyes

He is a spellcaster, but young enough he's not been tested, it's meant to happen later(as of 815), to capture his fullest potential

He's male, a bit bombarded with stereotypes about it, and flummoxed, due to inexperience.

He's naive, trying to live up to expectations that he's a jet-setting playboy, when he's not only inexperienced, but quite adorkable.

At the beginning of the story, he's studying to begin his higher education

Eventually earns a Merit of Honor, and becomes the Master of the Emerald Order of Kagomei

Was a bit of a perv, and offended some young noblewoman quite badly(groping is never ok) Thought he was in love with Avalline Ankeryn, and was broken-hearted when she told him she was marrying his friend Sirtis de Broceliande

He feels(and is repeatedly told) that he has been given great privilege and opportunity, he has some talent in persuasion, and feels he has to do better, to improve the lot of his fellows, as much as possible.

He ican be quite empathic and persuasive, once he overcomes his rosy glasses problem He was a child prodigy growing up, learning geography, history and economics with ease and at a much younger age than his peers He shows a lack of confidence, which leads to people underestimating him, but that's partially a ruse,

Has been spoilt for most of his life, so cannot handle adversity well, one reason his city mouse gets along so well with Flora's country mouse, she teaches him how do to so.

Only the most important:

Only the most important:

As a High Kon in the Navy(a high ranking non-commissioned officer), Amarat is in the top 2% of most influential priests in the Elemental Circles religion. As the natural son of one of the Nine, and his mother being one of the 21, he could basically set policy, but he prefers to focus on self-discovery and self-improvement. He feels responsible for some of his father's 'incaratdes' and wants to atone.

He is a naive aristocrat, feeling everyone can succeed, if given the chance, blind to how much privilege he was given to get where he is now, but those he trusts try to ground him, and help him away from this "success is easy" facile attitude. As a propaganda officer, he is almost required to tamper his knowledge of reality by his knowledge of what's required of him in his positi9on.

He is almost always acting embarassed, putting his hand behind his neck, as if apologising for breathing. and blushes a lot.

Towards Midori Annapurna, First Princess of the Second Rank of the Nisei

Midori Annapurna, First Princess of the Second Rank of the Nisei

As a son of middling(his father) and high(his mother) ranking nobles, his material preoccupations are making the most out of his Estates budget, which at the time of the story, represents the city of Veneer. The city of Veneer is almost 2 million people, and due to war expenses, rises up to 8 billion credits, in the local currency, or 6.7 billion Eurani Solari) He is careful to keep to the lifestyle a Feyd would have, but Veneer, the city, is thrice oversized for a Feyd, as it's the largest part of the Veneer-Simular-[Dunkehl](this third part is never mentioned) conurbation. Veneer-Simular has a Legendary(so two steps above a Feyd), and the Dunkehl part is rural, it just doesn't have any official ruler except for the Earlmage, who brook no interferance in their affairs. Veneer, Simular and Dunkehl compose the significant parts of Didina, a Domei(Dukedom) due to the economic impact of the priest's activities: priest and lifeguard training, tourism, tcha production, casho and related activities. Dunkehl would be similar to the Vatican on Earth, except it's not in a city, but in Sietch Tabr, a largish extinct volcano. It's so central to the economy of the region that the inner sea called Harmony Lake has its own Navy Squadron(and is a Fleet Candidate), while the Air Base hosts three divisions of flyers(about four hundred planes, comparable to the the capital). He owns Responsible Disclosure in his own name, having inherited it from his late father. 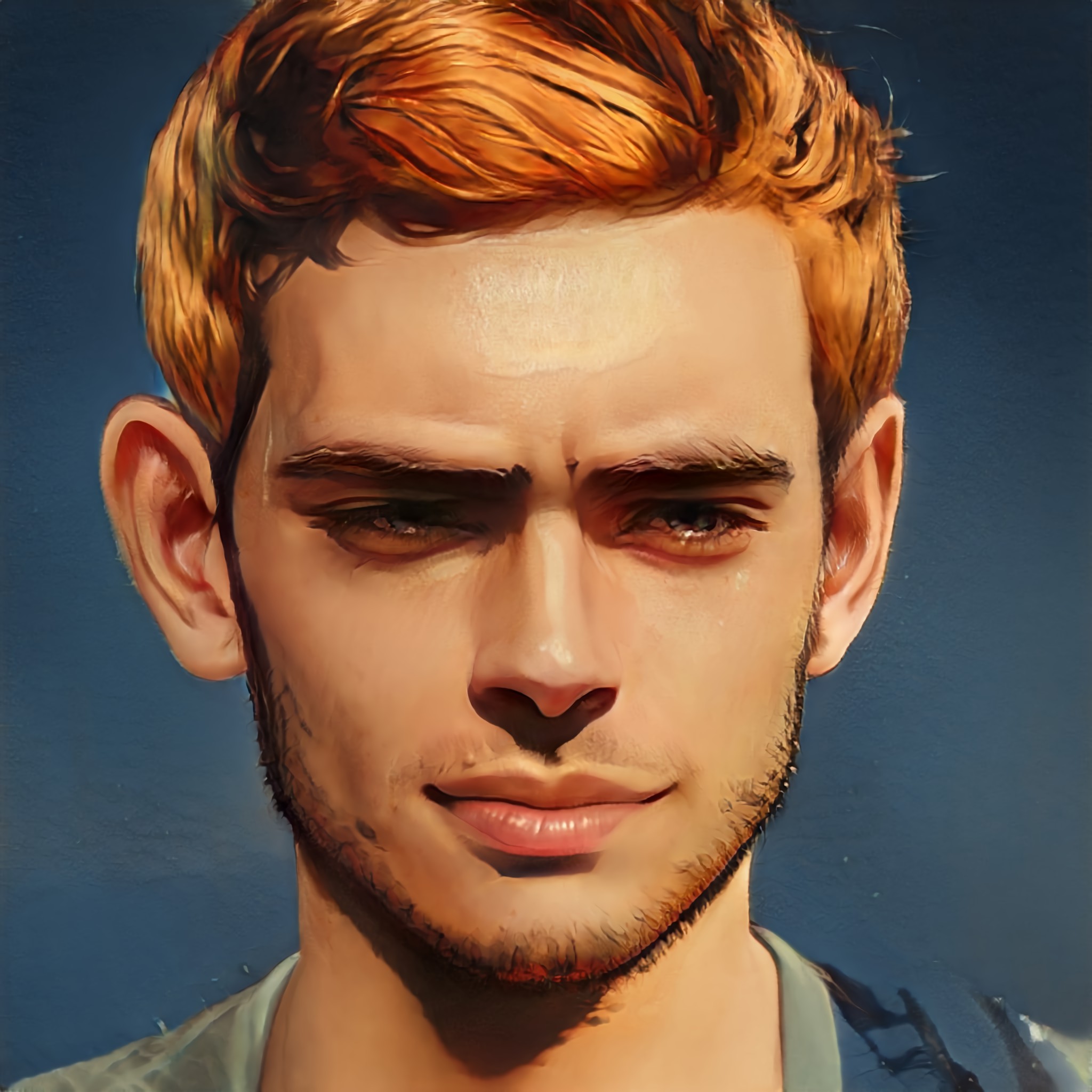