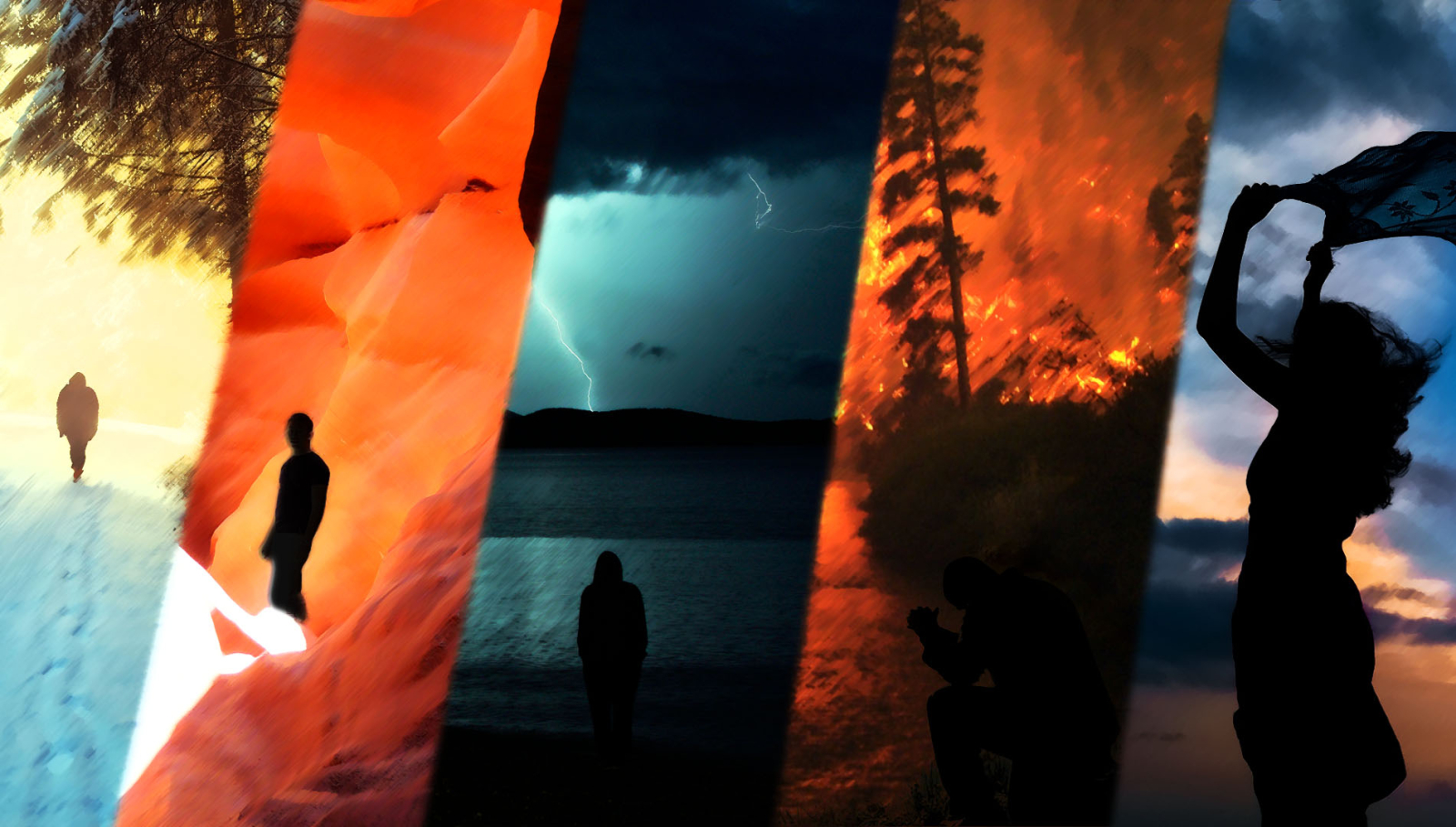 The Elements and their Keepers

Every now and then, an unusually powerful soul will emerge into the world, seemingly out of nowhere. However, these ten souls rarely arrive among mankind unexpected: The Five Keepers and their elements.   Each element that is connected directly to the magic of the Great Clockwork attributes this connection to a grand and powerful Ur-Soul that permeates the world. These souls are the Soul of Water, the Soul of Fire, the Soul of Lightning, the Soul of Earth, and the Soul of Wind.   They are ever-present, and those who have tuned their own souls to become sensitive to one of the elements, can harness the incredible power of these Ur-souls, bringing forth the most basic yet nonetheless powerful form of magic: Elemental magic.

Of the various types of magic on Aqualon, elemental magic is the easiest to attain and the most prolific kind across the globe. There are five sub-types of elemental magic: Water, Fire, Lightning, Earth, and Wind, each with its own schools. ~ 721 Words

Each incarnation of Aqualon has its own mythology on the relationship between a Keeper and their element. Some say it is the relationship of two lovers, others that they are two halves of a whole. When a Keeper performs elemental magic, it is called "Keeper Magic", and outranks ordinary magic of the same element. Normally, a water magus could never hope to use water magic against a Keeper of Water, no matter how powerful they may be. This is because where the magus would channel ever more magic through his own soul to bend the Ur-Soul of Water to their will, the Keeper of Water would speak a prayer and the Ur-Soul of Water would listen.

That being said, there have been rare instances of mages so immensely powerful and deeply connected to an Element, that they have resisted the power of a Keeper of that same Element for a limited amount of time. Such people are living legends in their own right, and some of them might possess souls rivaling that which cannot be rivaled.

Mightier than mages, only five Keepers ever exist at a time, each exerting total dominion over one of the five magical elements.

There are five Keeper Weapons, one per Keeper; one per element:   Counting these alongside the Keepers and the Elements themselves, clockwork theologists going back to the great prophet Yilik himself have postulated the existence of 15 Ur-Souls of the Elements, three for each, each forming a unit. However, the unknown truth is that the Keeper Weapons are far younger than the Keeper souls.   Before their existence, the bond between Keeper and Element had taken on many forms, each unique in its incarnation of Aqualon. All that changed seven iterations of the world ago, when the Planet was called Terra (as is appropriate for its place in the cycle). On that world a master smith of unparalleled power was tricked into forging the binding energies between these two halves into mighty conductors, the Keeper Weapons...

These greatest of weapons bind the great elemental Ur-Souls to their Keepers, enabling them to perform impossible feats of elemental magic.