"We enjoy independence from the fickle forces of what was once called 'destiny', the waveform collapsing De Vries Field of the Great Clockwork, thanks to the technology we use to suppress its influence. But we must never forget that we built our advanced society on a foundation of magic and technamagic research in ages past.   As we move forward into a new age, we should not forget these roots and the great debt we owe to the Great Clockwork. Today, we are a mankind grown. Today, we say farewell to the house of magic in which we grew up as a people. Today, we build our own house, start our own family. But we shall not forget the magic that enabled us to grow up, and we shall not see ourselves on too high a pedestal when criticizing its use by those still living at the bosom of the Great Clockwork..."
— Dr. Inv. Vincent Kunibert Greenhorn, 23rd of Manwhe 25 GE, on the day the DVF Suppressors of Borealis were permanently activated.

The High Technocracy of Borealis has been built on a foundation of magic. Technamagic war machines enabled its predecessor, the Unified Ocean Belt Technocracy, to seriously influence the course of the Great War; the impressive jump drive technology of Borealis ultimately allowed the relocation of the city to the South Pole, and resonance computation was the very foundation of much of Guantil-ya's advances.   Today, magic is permanently suppressed in the technocratic megalopolis, and while the theoretical research of magic and its connection to cultures of Aqualon and their history is a popular field of study, applied magic and technamagic research have been outlawed by the Borealis's Ethics Committee. Despite this, the severe head-start the technocrats gained on other Aqualonian cultures by way of rigorously applying the scientific method to magic in all its forms has catapulted the Borealians so far ahead of the curve that their contemporary mundane technology utterly dwarfs the rest of the world by comparison (with the sole exception of Miyako Fluxum.)

One of the non-magical inventions believed to be the most fundamentally necessary one for the voluntary abolishing of magic is this, the fabled Darmstadt Processor.   In the historic year of 146 of the Age of Awakening within the still existing Maritime Technocracy of Guantil-ya, Prof. Dr. Inv. Mark Darmstadt constructed his very first Darmstadt Processor; the first complex computation machine using biological components to function.   The slow and bulky technamagic resonance computers had been used before this point to make complex calculations for genome mapping and certain projects requiring the procedural application of predefined algorithms, and they were necessary in calculating certain aspects of the intricate circuitry of the Darmstadt Processor.   When the machine was completed, the advanced computer age began for the technocrats of Guantil-ya, and they would exponentially outgrow the rest of the world within a couple of centuries.

Why Invent a Computer When You Can Harvest One? 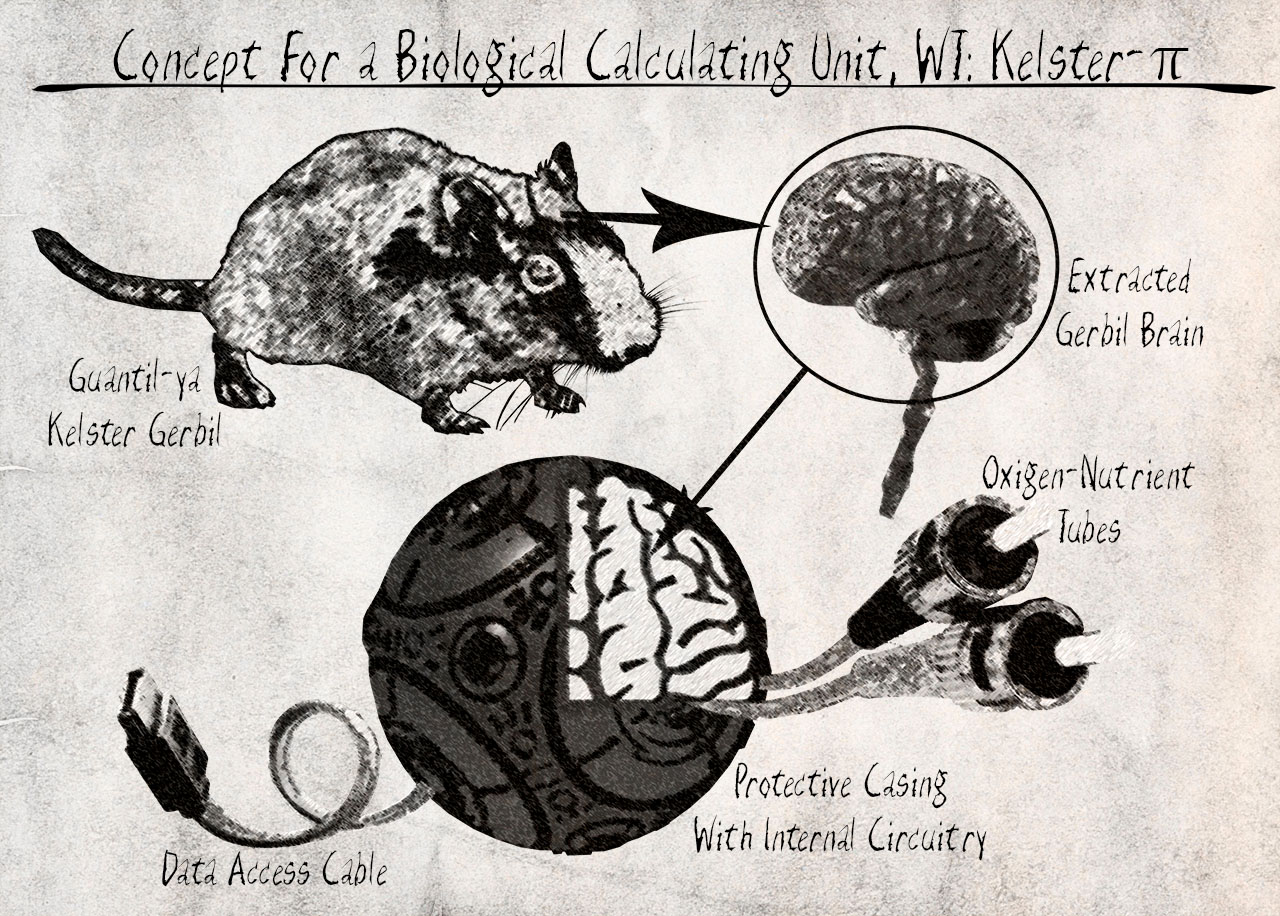 The first three versions of the Darmstadt Processor were built using a Guantil-ya Kelster gerbil's brain and spinal cord. The signals an MK 1 processor could compute and the ways in which it could process them were extremely basic, and working with the prototype MK 1, Prof. Dr. Inv. Darmstadt had to make extensive use of existing resonance computers.   The preexistence of technamagic computers introduced an incredible shortcut to the development of Darmstadt's bio-computer, and with its help, he was able to create a very rudimentary operating system for the wired gerbil brain.   Over the history of Darmstadt Processors, a variety of rodents and other animals were tested for their brains' compatibility and efficiency as computers, though the research would always lead back to mice and rats, which, luckily, were easy to breed.   Today, so-called Darmstadt Wunderkind rats are used: They are a genetically edited version of Sternsmooth fancy rats, optimized for use in Darmstadt processors. 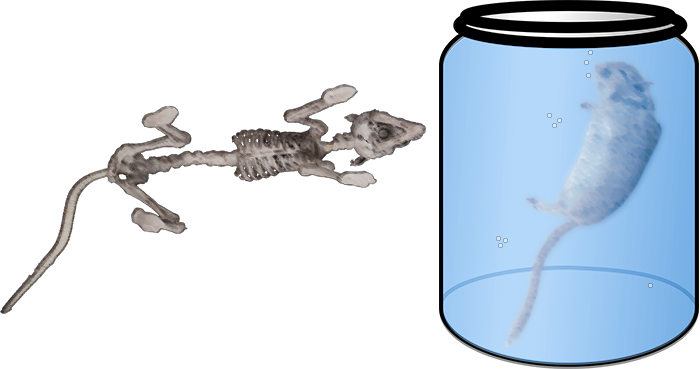 The Dubious Ethics of the Early Days

Though the early concept sketch seen above shows that Darmstadt already planned his processor as a closed unit, its biological component maintained by a life-support system, his first experiments with the technology looked quite different from today's MK 23 or even his early MK 1.   Before MK 1 came MK 0, which was basically his experimental version. It used his prototype anodes and cathodes for interfacing with the brain's neurons and the nerve endings of the spinal cord, similar to the MK 1 and its successors, but the specimen was still alive during implementation and testing.   Darmstadt severed the gerbil's spinal cord to paralyze it and kept it under mild sedation to suppress brain functions that might interfere with his artificial signals. This bizarre setup was made to first test his ideas on bio-computation before he had developed a proper life-support system for keeping the separated brain alive, thus he relied on the vital functions of the gerbil itself to keep his processor in shape.   Today, these kinds of practices would be thought somewhat distasteful, and the Borealis Ethics Committee would likely prohibit this kind of experimentation with the argument that any and all measures to reasonably protect and serve the dignity of laboratory animals should be taken before moving ahead with experimentation.   Upwards of MK 12, rats intended for Darmstadt Processors were grown in tanks, unconscious for the entirety of their lives. They are considered biological resources since they cannot possibly collect memories and develop individual thought patterns during that time and thus don't fall under the consideration of the BEC. Sadly, this shift was not caused by ethical considerations in the first place, but because using animals with life experiences, however controlled they may have been, caused sporadic and unpredictable corruptions in the Darmstadt Processors.


Prof. Dr. Inv. Darmstadt: "Of course I think it is unsavory! You must not think me a monster, dear colleague. In this, I have to put my trepidations aside or risk the future of our glorious technocracy!   Assistant Researcher Cromwell, if you hooked up to this resonance computer over here, to what digit after the comma could you calculate π within a ten minute time frame?"   Ar. Cromwell: "I... believe about seven to twelve digits."   Darmstadt: "And if I did the same, it would be about forty-three. Now, don't look at me like that, Cromwell, it is not a comment on your abilities. In fact, the exact opposite is the case: If we were to hook up a seasoned priest from the Bonfire Shrine, he might be able to go to a hundred or more.   These machines are powered by birthright and magical aptitude. However, the future lies in computers, dear colleague, any fool with half a brain can see as much. It is my duty as a scientist to make sure that such a future is not inseparably entwined with birthright and magical aptitude. As an enlightened society, we must not become the architects of our own regression into times of oligarchy!"
— Prof. Dr. Inv. Darmstadt to his colleague, Inv. Laura Vinnigtal, 143 AA. 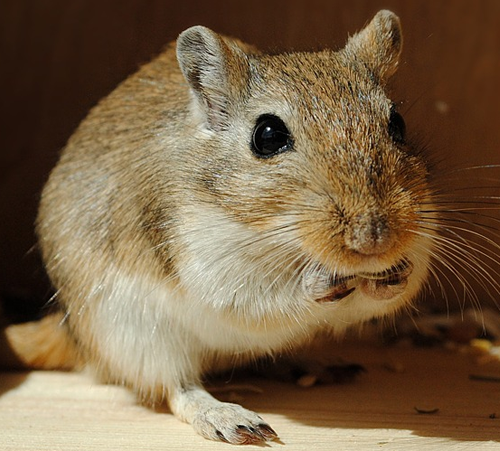 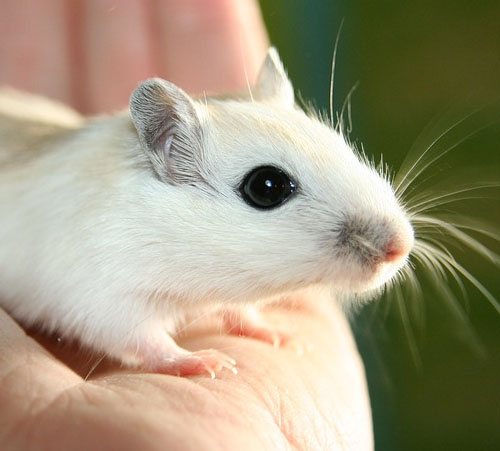 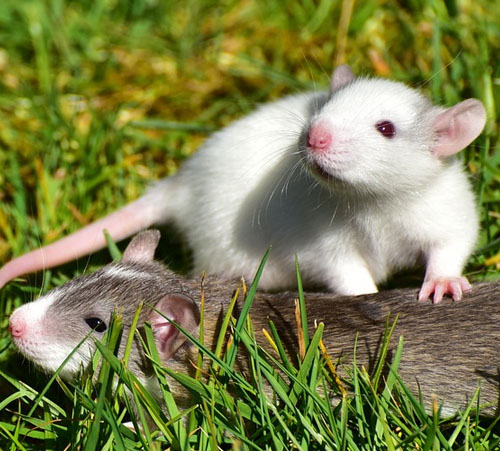 A Successor to Magic

Magic is a crutch for circumventing reality; science is how we master it.
— Dr. Inv. Vincent Kunibert Greenhorn, 307 AH

This belief has been prevalent throughout the rise of the Borealian High Technocracy, and those who opposed the abolishing of magic ultimately separated from Borealis, founding the city of Miyako Fluxum, and with their departure, the remaining people became unified under this new creed.   However, even before the invention of the Darmstadt Processor and the rise of Borealis, the technocrats had become reliant on the use of computers via the invention of resonance computation, which worked by connecting a person's soul-scape to a certain technamagic machine, a "resonance hedracle", utilizing the computational power of the person's soul.

Soul engineering is a sub-field of clockwork theology and gyrometrics practiced in Miyako Fluxum, where it is also used in the development and maintainance of soul computers. (466 Words)

This computational power is still in use today in Miyako Fluxum and has, in fact, become the heart of their own "soul-computer age". But, Borealis found their own path, using the seminal invention of the Darmstadt Processor. 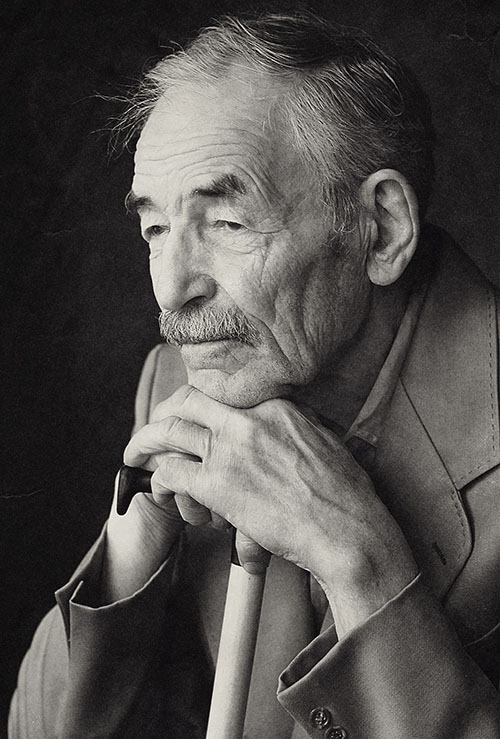 Mark Darmstadt was born on Guantil-ya in 73 AA on the 14th of Wexling and died in 22 AH on the Mûning of Auri during an aerial blitz on the Van Maxwell School of Logic and Sciences by the seventh Valkyrie squadron of the Angel Saxons.

As the inventor of the Darmstadt Processor, his name has forever been imprinted on the face of history as the father of the modern Borealian computer age, though some of his contributions in the field of magic study and gyrometrics were seminal for Dr. Helen De Vries's discovery of De Vries Cluster Field Theory.
Eyewitness reports and journal entries from his day indicate that he in fact kept and cared for several rodents himself, being rather fond of them. Apparently he had named them after famous scientists of his time. He also collected pressed leafs from the many islands of the Corsic Ocean and apparently had a fable for romantic pirate tales as well as the notoriously intricate crime novellas of Martha Conan Dillenhal.

Though initially crude, ever more complex operating systems and software additions were devised over the past two millennia, augmenting the memory capacity and processing power of the bio computer. At the same time, the quality of the brains used was ever improved using selective breeding and direct gene editing of the mice and rats used to construct Darmstadt Processors. This steady improvement was further augmented by more and more unused regions of the rodent brain that were unlocked over the course of the processor's development, such as the visual and auditory cortices, while new brain regions were introduced over time via gene editing, such as a rudimentary speech center, greatly enhancing the potential functionality of the processor.   Today, Darmstadt Processors are in use everywhere in the great city of Borealis and its Ocean Belt outpost, Rim City. They perform all tasks expected of computers and are furbished with variable operating system builds and software extensions depending on their area of use, and due to the fact that they can easily be connected in series, there has been no need to substantially improve individual computing power over time; though improvements have been made nonetheless.   There are three rat brains encased in metallic spheres, orbiting the planet Aqualon at a high altitude right now, placed inside the Eye of Odin satellite where they process data from the craft's various sensors and photoreceptacles4
A device for recording images.
before relaying it back to Borealis during its periodic flybys. 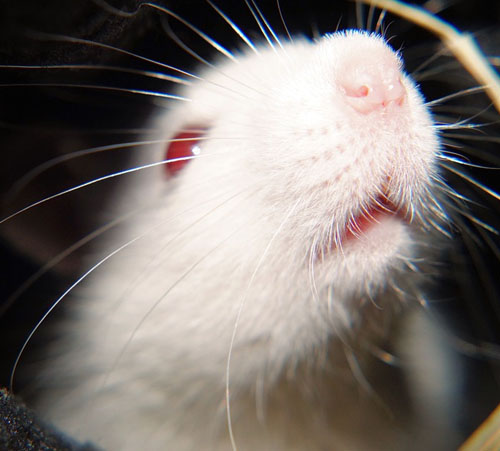 - A Modified Sternsmooth Fancy Rat (MK 12-23)
Note: Only breeding rats of this kind are ever allowed to wake up. Donors are kept perpetually unconscious from birth to harvest.