The Mosattan Scorpion is a species of giant two-tailed scorpions that roam the The Great Tentottan Desert. It has become a symbol of bad luck for the Mosattan people after the fall of The Lost Kingdom of Mosat.

The mosattan scorpion is a ferocious predator. After hunting and feasting upon it's prey, the females will lay near-hatched eggs in the mouths of their victims.   As the baby scorpions wriggle free of their egg prisons, they devour their way out to the surface of the now-rotting corpse.

by TJ Trewin
The mosattan scorpions can be found everywhere in The Great Tentottan Desert, particularly in derelict and sand-swallowed buildings where weary travellers seek shade; the scorpions give them eternal rest.
Log in to World Anvil to view bonus content and secrets! 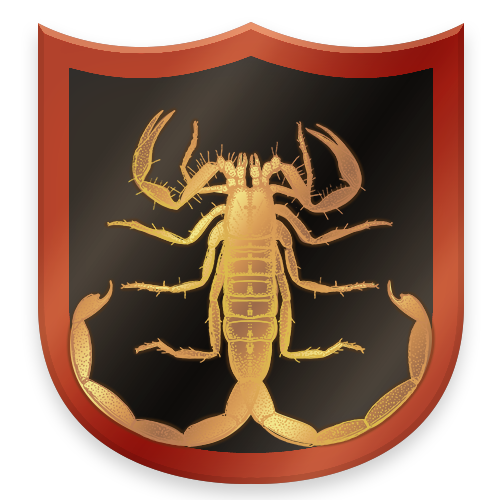 by TJ Trewin
The crest of The Lost Kingdom of Mosat featured a male mosattan scorpion as a symbol of power. 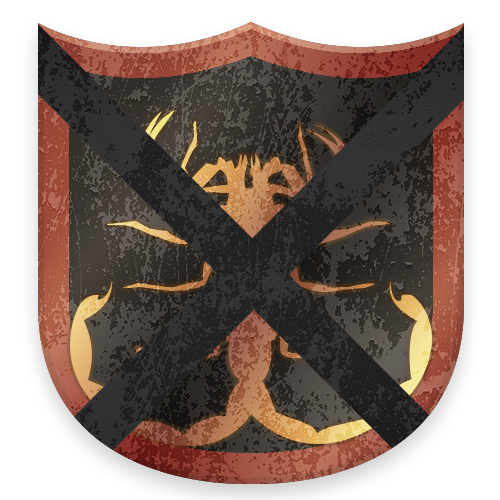 by TJ Trewin
The Mosattan Jackknives have adopted this design to reflect their way of life. They see the scorpions as a symbol of bad luck and have crossed it out.
Terrestrial Species