The newly-discovered art of infusing items with magic.

“I don't get it, how come these gloves don't warm you up instantly?"
“Enchantments don't work on their own, you need to use them. The gloves are made from maisha-infused materials, so you're going to have to focus on your connection to it in order for the enchantment to start working. If your reserves are depleted you'll need to replenish yourself to get the best effect from the gloves."
— Apprentice learning about enchanting

Enchanting is the process of imbuing a material, substance, or item with the naturally ocurring magical essence maisha. An enchanted item is an aid to using magic whose effects can only be activated with the use of maisha.   This technological achievement has undergone extensive research and development since the discovery of magic just 50 years ago when the events of The Rupture opened rifts to unknown realms.   Magic is now a growing industry with new discoveries being developed alongside enchanted garments, tools, foci, and potions.

Enchantments don't function on their own and are safe to be in storage, regardless of complexity or strength. Tools and equipment with an enchantment need to be activated by the use of magic, but there are some limitations to their usage.

With the appropriate enchantment and enough magical prowess, it may be possible for the user to manipulate the enchanted item to:

Sometimes known as "alchemy", enchantments can be applied to maisha-based concoctions with varying levels of potency. Simple enchanted potions use a base of water which is easier to digest and manipulate, but are often prone to expiring.   Alchemical enchantments can be preserved in alcohol, vinegar, and other spirits to prevent expiration but this makes them much harder, if not impossible to use for inexperienced or incapacitated magic users. 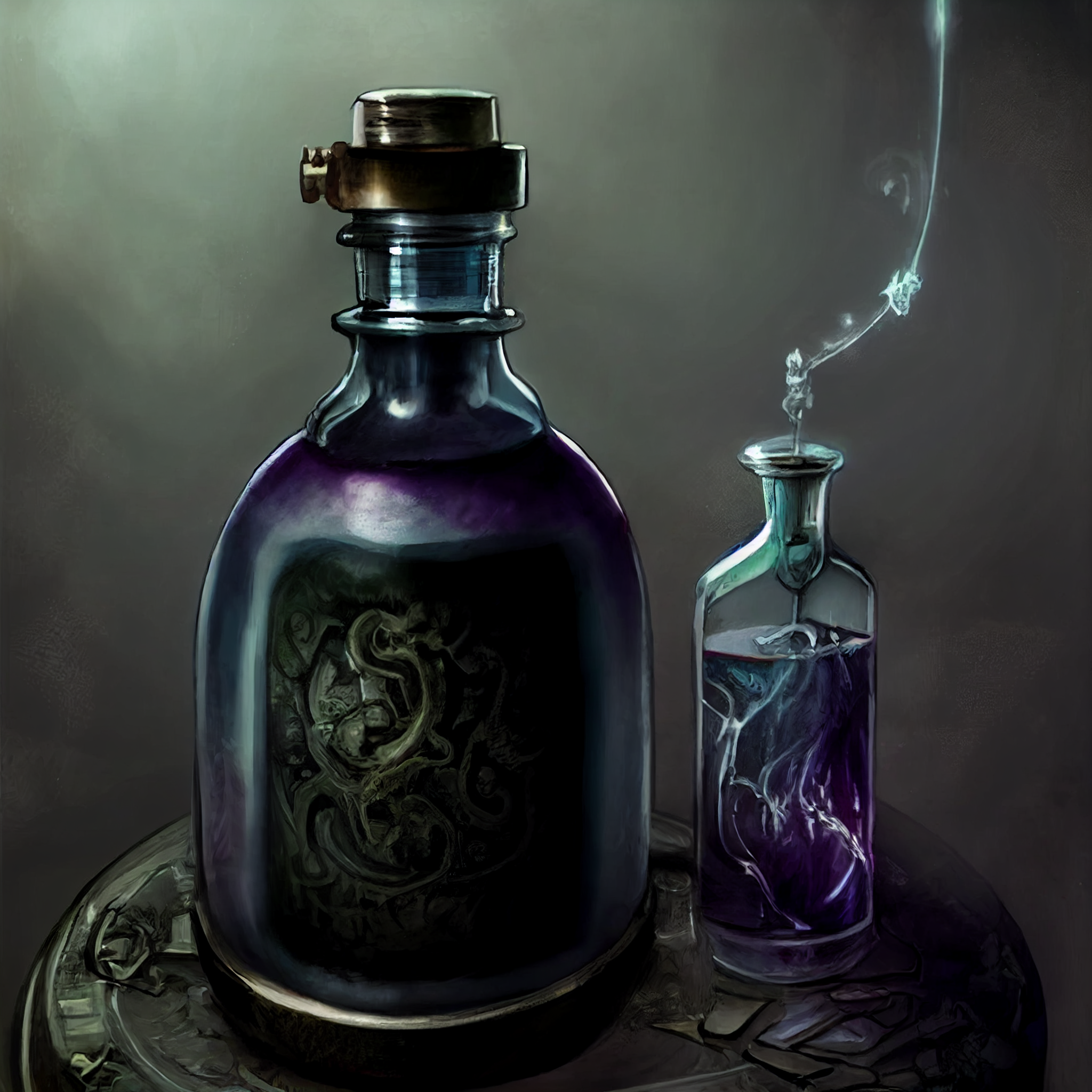 Generated using Midjourney (unedited) by TJ Trewin
Rather than the enchantment affecting the item it's stored in, an ingested potion will imbue the consumer with the effect instead, allowing them to focus on an area of their body to manifest the enchantment.
The duration of an enchantment behaves in the same way as an item and requires activation through magical focus to work. If focus is lost or maisha reserves run low, the enchantment fades away.   Due to the dangerous nature of manipulating one's own body, many laws strictly prohibit the production and distribution of potions with high potencies. 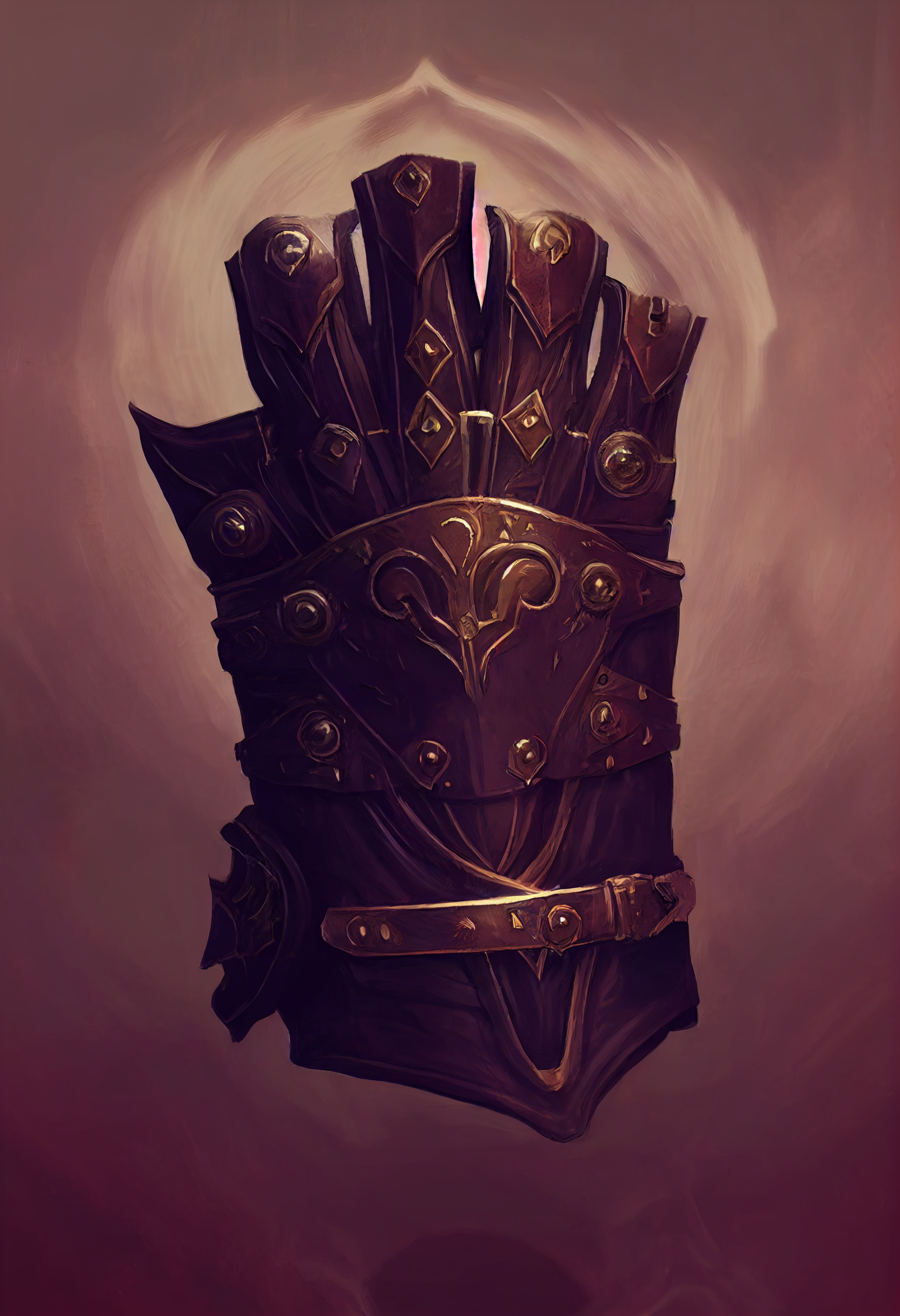 “And what about the maisha in the gloves, won't that run out?"
“Eventually, yes, and the enchantment will get weaker over time until the maisha is used up (which is another reason why it's best to have your own reserves full to make the lifetime of the enchantment last longer)."
“So they just go back to being normal gloves afterwards?"
“Mostly. You can feel that the enchantment is still there and that it's meant to do something, but it'll be completely dormant."
— Apprentice learning about enchanting

Using magic requires reserves of maisha and focus. The simpler the components are, the easier it is to work with. Complex and mixed materials (or materials with impurities) make it much harder to focus on and control.     If an item is broken it may be difficult to use and runs the risk of producing unreliable or unexpected results, which may be dangerous to the user or the environment around them.

“And how do you restore the enchantment? Or do you have to start over with a new one? How do you enchant something in the first place?"
“That's where runes come in handy."
— Apprentice learning about enchanting

An enchantable item needs to be crafted from (or using) maisha-infused materials in order to function. Maisha woods are a popular choice as they are naturally grown containing the magical essence but, for other substances, extracted maisha can be mixed into materials such as clay for ceramics or oil for tempering and varnishing.   Experiments of using blood from maisha-using creatures have been outlawed in many countries due to its health hazards and threats to biodiversity. 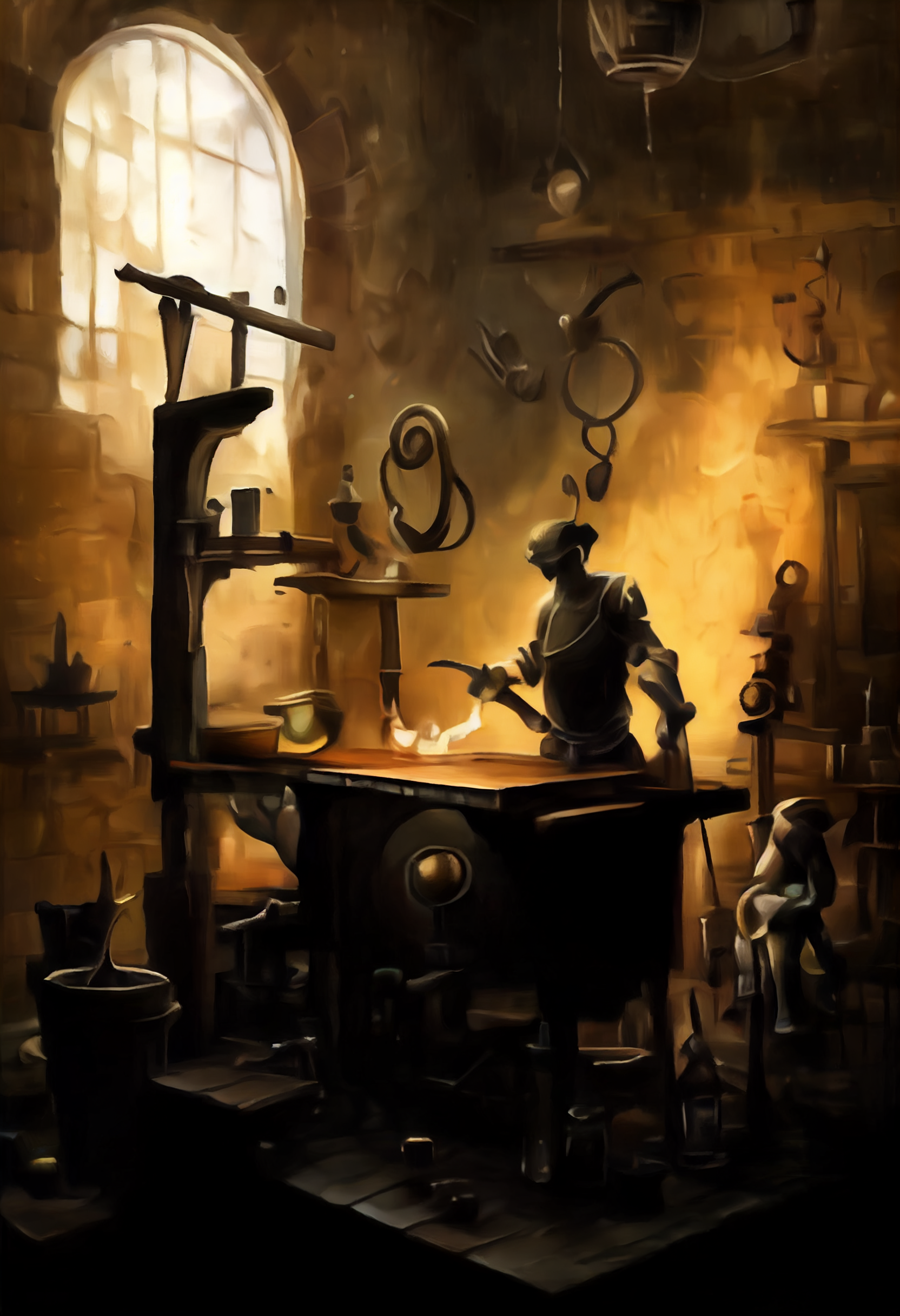 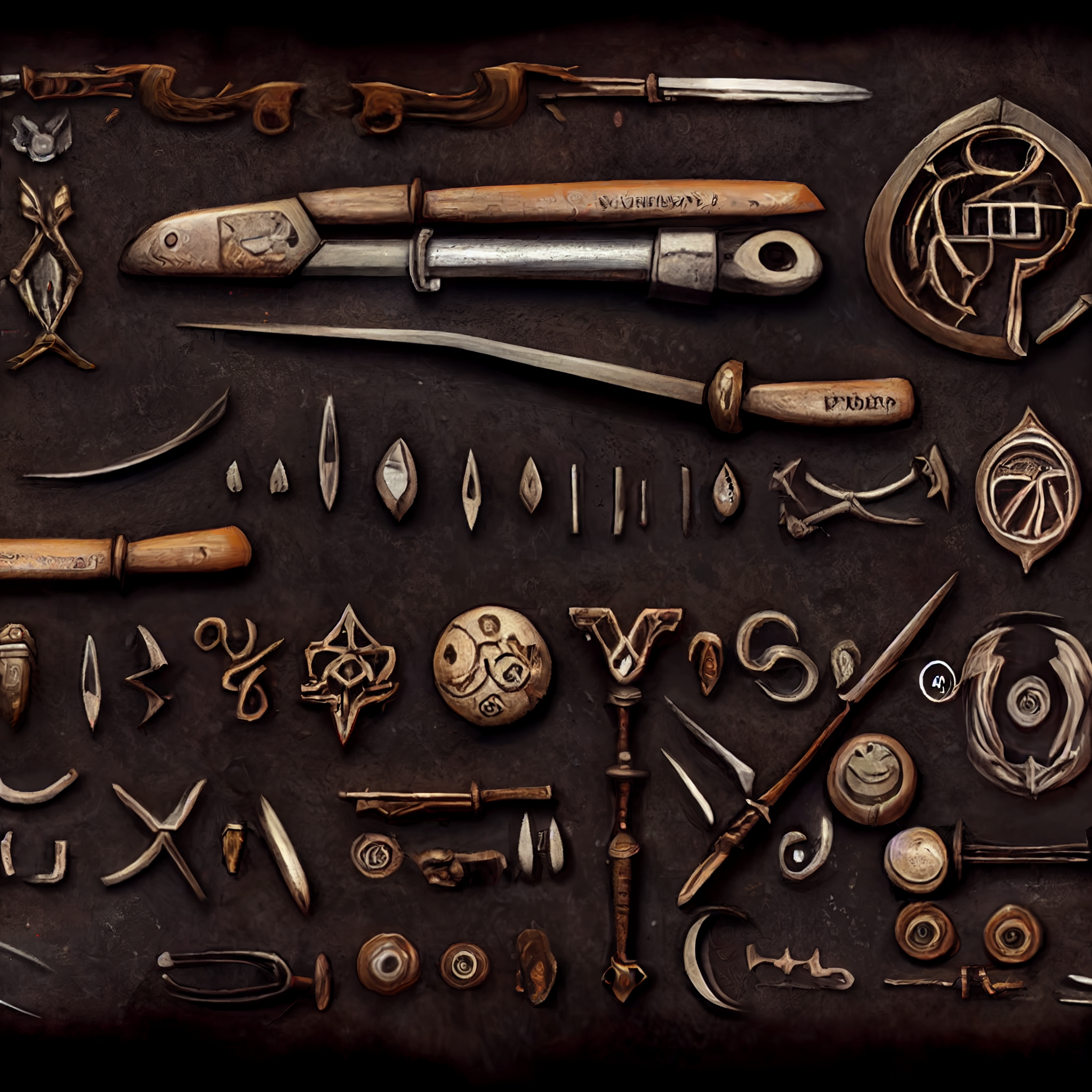 Generated using Midjourney (unedited)
The base materials (or constructed items) also need to be attuned in a way that corresponds to the desired outcome. This can be achieved by use of specific components (such as packing it under ice and snow for three winters) or by physical interaction (like repeatedly manipulating the material into different shapes).
For potions this may involve boiling or distilling using certain methods.   Each craftsperson has their own uniqeuly honed methods for attuning enchantments and perfecting their outcomes, many of which are a fiercely guarded secret.
Once the item is fully crafted, the enchantment is ready to be tested and then used. 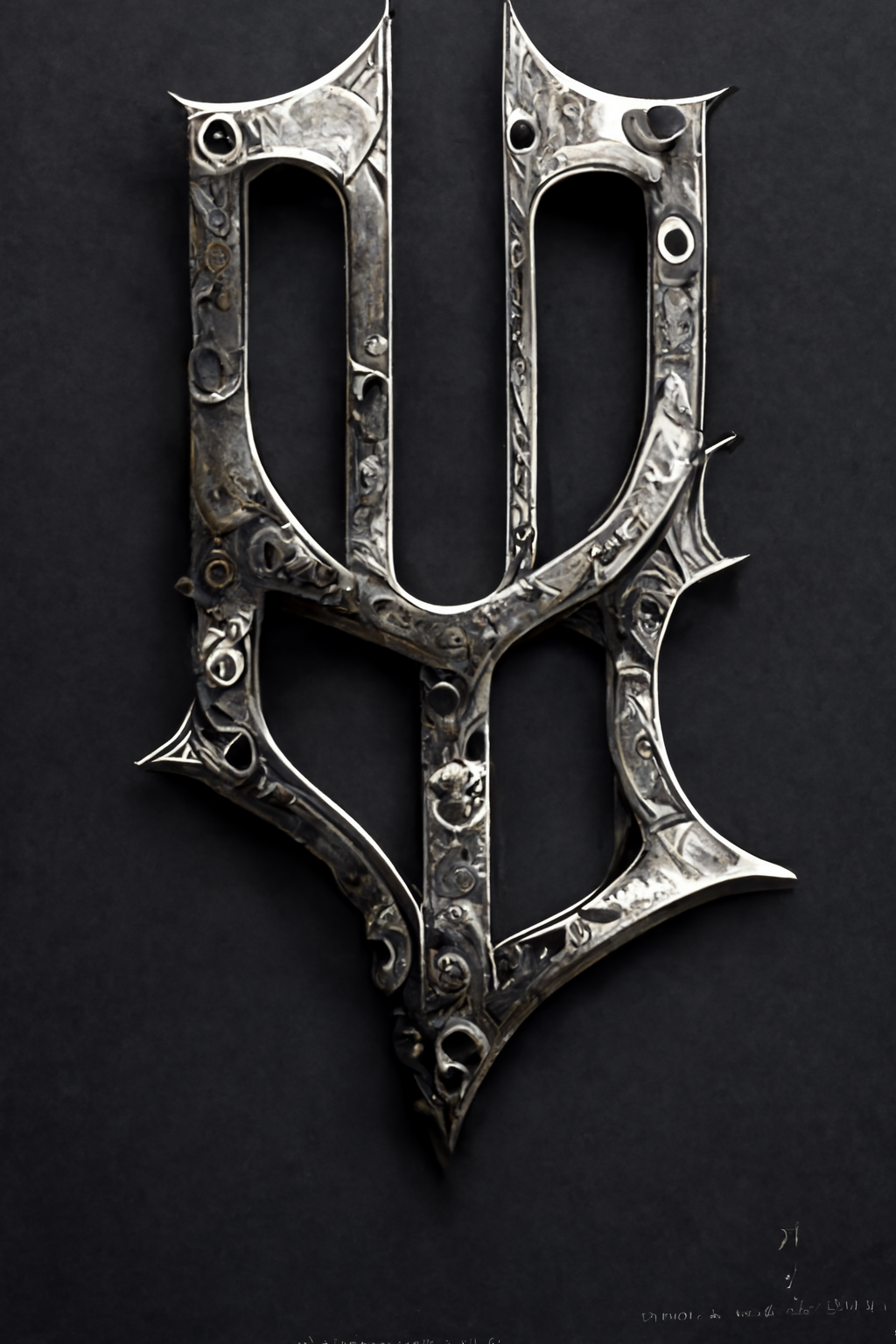 When an enchanted item has lost its durability or has become exhausted of maisha, a rune can be added to replenish its potency.   The rune can be any shape or size, but is usually a form-fitting piece that attaches to the original item and must be of the same maisha-infused material in order to function - as it would be impossible to draw energy from a metal rune into a wooden tool for example.   It's the latest fashion for renowned craftsfolk and experienced mages to fashion these stores of maisha in the shape of their own signatures or monograms, which is why they are called runes (or in some regions, sigils).   Runes are much easier to create than enchanted items themselves as they don't need to be attuned and can be used as a form of power storage for the enchantment.   A rune can only succesfully be applied to an maisha-infused thing - slapping it on any random object will achieve nothing but a waste of materials. 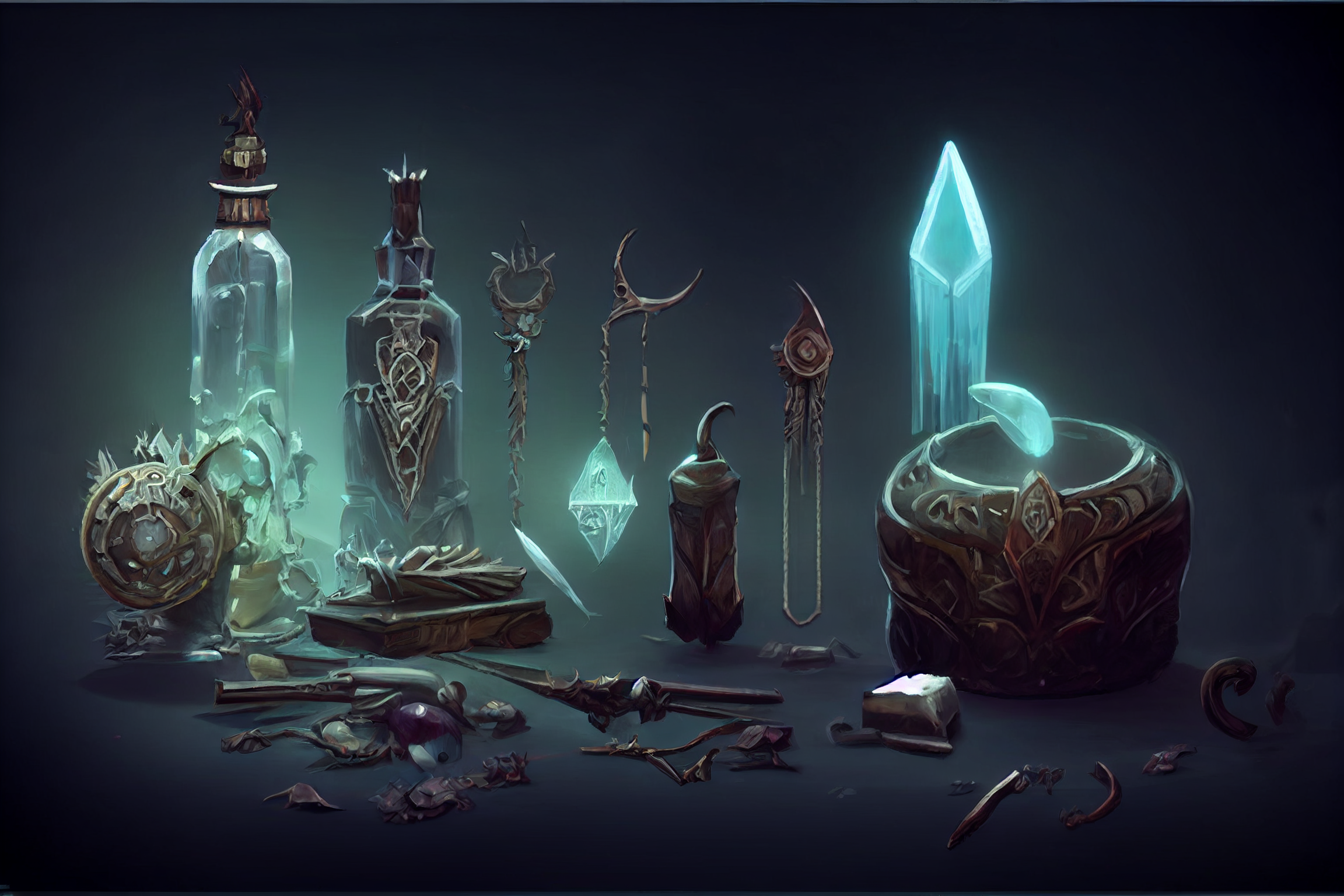 Esurience is, in essence, kind of like magic-hunger. Magic feels like energy: if your reserves are low it's a bit like feeling too tired to perform a spell or enchantment.

So detailed! I love this view of enchanting and how you gave a list of things that it can and cannot do. Great addition the part of what has been banned and such!

I liked how this introduced enchanting as a field that is evolving, and then going down into specific methods that are commonly used. Great article!