Hero (and arguably villain) of the incident in Lockton. 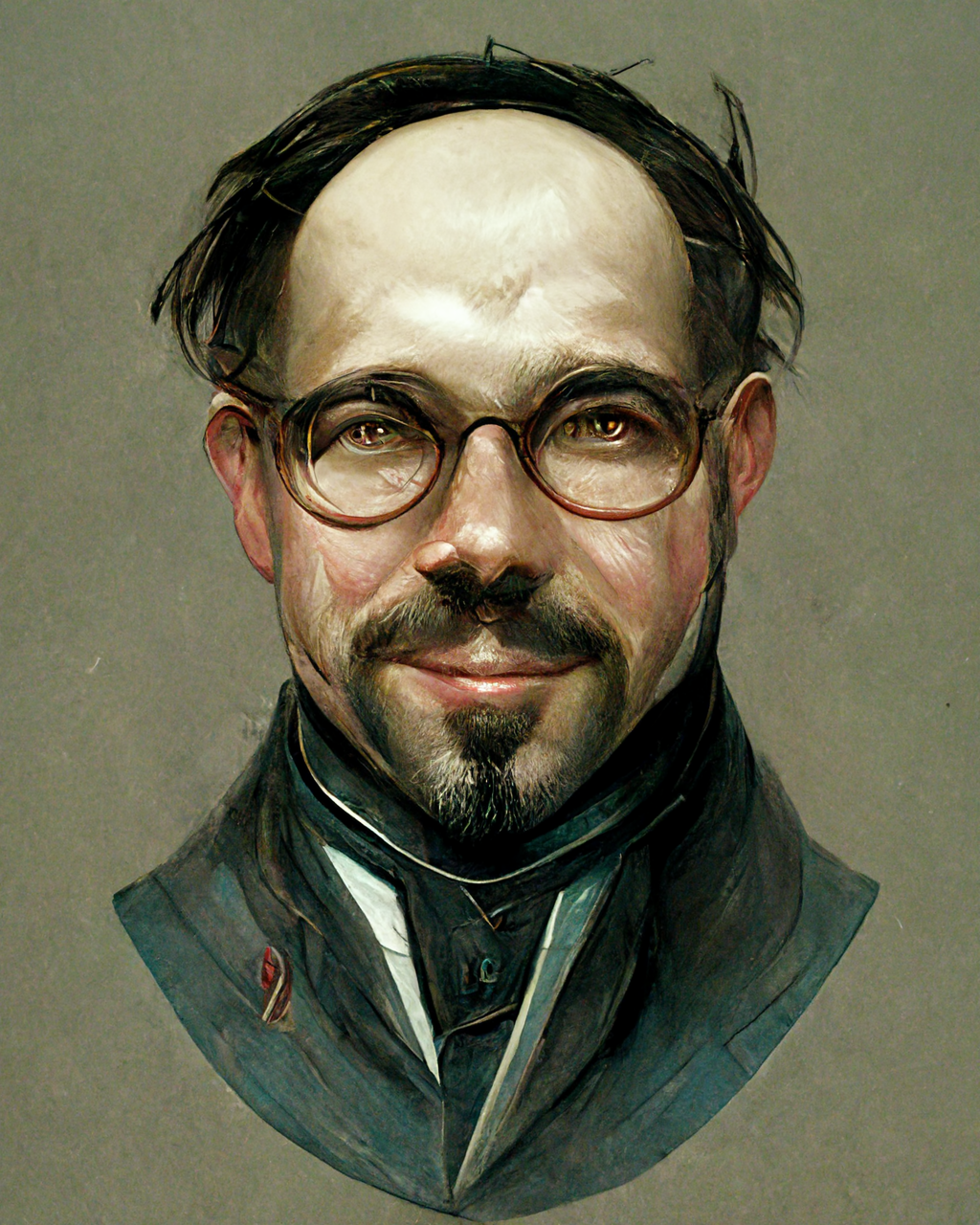 Generated using Midjourney (unedited) by TJ Trewin, used with permission from Vertixico
Marken Teriv was born in Dawnturn 282 1A in Lockton, where he grew to learn his father's trade in sailing, but it wasn't his dream career.   Throughout all of his childhood he wanted to be a thatcher and used to daydream of making perfectly neat bundles on rooftops - he wondered how comfy it would be to lie back on the roof after a hard day's work and watch the sun set, but sadly his dreams came crashing down when he had an opportunity as an apprentice, where he quickly suffered from immense vertigo and a newfound fear of heights. He tried desperately hard to work through it and gained the nickname "verti", but this job really wasn't for him.   His father taught him sailing, which he was reasonably proficient at, and he took on the family business of transporting passengers and cargo through the waterways of the city.

Down with his ship

Captain Teriv sadly lost his life when he drowned trying to rescue the passangers of his ship as it sank inside of the half-filled lock in the west of Lockton. He was regarded as a hero to the families of those he saved, but a villain to the relatives of those who perished. This tragic event came to be known as The Faulty Lock Incident despite all fingers pointing to Teriv for the poor condition of the boat and overloading of passengers and cargo.
Log in to World Anvil to view
bonus content and secrets!
Species
Human
Date of Birth
Seconday 2nd Dawnturn 282 1A
Date of Death
Mornday 15th Blumecall 315 2A
Life
282 MH 315 MH 33 years old
Circumstances of Death
Drowned in The Faulty Lock Incident
Birthplace
Pelkor, Anvil
Place of Death
Lockton
Children
Sex
Male
In response to the prompt Choose a hero archetype - Everyman, Classical, Epic, Anti Hero, Byronic or Tragic - you’ve rarely or never used before, and create a character in your world that fits the profile!

This article is inspired by Vertixico's Verti the Vagabond article and is part of my Spooktober 2022 prompt responses where encouraged to "drown a Verti" for prompt 31.

A mysterious entity, who due to unforseen consequences is stuck in all known and imaginable multiverses