As seen in
Once Upon a Time in the Wyrd West

...The doors cracked open and Uncle Haywood came in with an honest-to-God silver chalice, just like something out of a novel. He gave it to Graeme. “The Holy Sacrament,” he pronounced. “Blood of the Lady; Seed of the Lord.” It smelled like summer berry wine to Graeme. He looked at the Abbot questioningly. “It’s wine fortified with a little peyote tincture,” he said, and winked....   Graeme had never yet made use of peyote, though he knew it wasn’t uncommon for the local First Nations tribes. He guessed he shouldn’t be surprised that the Gunslingers might make use of it too. Needing no further encouragement, he quaffed it.
— The Vigil by Diane Morrison

The Gunslinger Order values personal gnosis -- that is, a personal relationship and connection to the Divine. They take visions and the guidance of The Lord and the Lady and the spirits of the land extremely seriously. Many of their rituals involve seeking out such guidance, but perhaps the most important of these is the Gunslinger initiation ritual, The Vigil.   In the process of this ritual, the Gunslinger consumes a concoction of dark-coloured wine and peyote tincture, referred to as the Holy Sacrament -- "the Blood of the Lady and the Seed of the Lord." The wine is, of course, the "blood;" the peyote tincture, which is white, is the "seed." The two are mixed together in a silver chalice, representing the Lady's womb, and the Gunslinger drinks it and then spends the night in prayer, awaiting a vision. 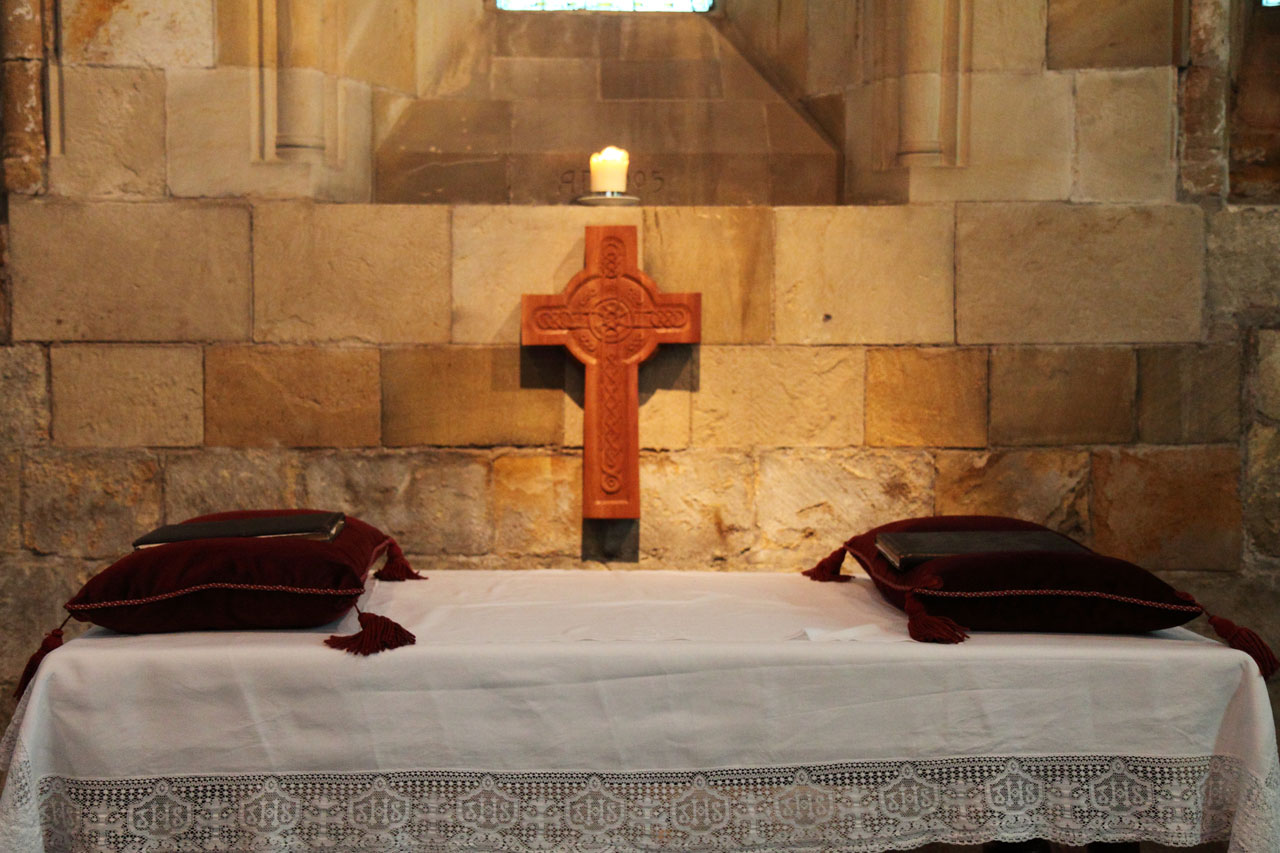 Cross and Altar by Petr Kratochvil

The "Blood of the Lady and the Seed of the Lord" are blessed by the already-initiated Gunslingers inducting the Apprentice Gunslinger into the Order, which also involves a pinch of gunpowder to "purify" the mix. The mixture must be drunk, and therefore, the altered state of consciousness that is the Gunslinger's Trance is brought on by choice. It is unknown whether the visions received in the trance are shaped by the holy power of the Lord and Lady, or by the subconscious expectations of the would-be Gunslinger -- though of course, everyone has their own opinions.

“That bath is blessed,” his Uncle explained. “Salt, gunpowder, holy oil, wine and roses. As you wash, meditate on the cleansin’ of sins, and consecratin’ yourself to the service of the Powers. It’s considered a good omen if you have an insight or write poetry, but tain’t expected.” With that, they left and sealed the chapel doors behind them. Sandy turned her body around and set it down beside the bath. Graeme chuckled and gave her ears a thorough rubbing.   Graeme was happy enough to wash the dust of the journey away, though the salt stung his scrapes while it eased some of the pains of the bruises. But his thoughts were far too jumbled for much meditation. He knew he didn’t dare drink the water, though his dry mouth yearned for it.
— The Vigil by Diane Morrison

It is possible that many of the factors around the ritual of the Vigil may contribute to the resulting altered state. The initiate is usually first sent on a sort of Vision Quest or other purification ritual, which involves some physical hardship, and may therefore both alter the Gunslinger's conscious state and reduce resistances to the compound's effects. The initiate is also subjected to a mild hazing and a cleansing bath, and these factors may also have an effect on the initiate's physical and mental state, priming them for the potion's effects.

It was as quiet as a graveyard; quieter, even, because the wind was shut out and could do no more than whistle hopefully at the door jamb. He closed his eyes, and found that he was dizzy, and thought it might be better to keep his eyes open.   But perhaps he was mistaken, because the stained-glass window was awfully bright, and the colours pooled around him and on his white-clad shoulders had begun a lazy, folk-dance spiral.   He noticed that the light was shifting and changing, and the scent of sage and sweetgrass once again filled the air. For a moment, he thought he was back in the sweat lodge, but then he flashed back to the present.   Ah yes, the peyote. He’d almost forgotten. Well, that’s sure to bring visions if all else fails! he thought. Which was, he would bet, the point.   He could see that the light of the window was growing steadily brighter. Sundown, he wondered? Or his own perception? Whatever the case, the Lord’s golden antlers illuminated the revolvers, and cast a blinding mote of golden sunlight right into his eyes. He lowered his head and shut his eyes against it.   “Good,” came a disembodied voice that was deep and rich with the tones of the earth. “Good, if one looks too long only into the Light, one cannot see the Shadow.” He looked up and the stained-glass silhouette of the Lord was floating cross-legged in front of the window. The Lord uncrossed His legs and His feet hovered just over the floor.
— The Vigil by Diane Morrison

The initiate begins to feel lightheaded and a bit dizzy within a few minutes of quaffing the brew. They may experience nausea, discomfort, fullness in the stomach, chills, and sweating. These physical symptoms can last up to 1 to 2 hours, after which they are usually replaced with a sense of calm and acceptance.   After about half an hour, most report an overload of the senses; colours are brighter, light is more intense, noises seem louder. As the mescaline within the peyote takes effect, it profoundly alters perceptions of self and reality, increases suggestibility, and intensifies emotions. Visual effects such as visual distortions (such as “melting” or “breathing” environments), and geometric patterns are also common.   Usually within 2 to 4 hours' time, often sooner, the initiate begins to see, hear, and sometimes even taste, touch, or feel intense hallucinations. These visions tend to center around the Lord and Lady, Gunslingers of the past, personal totem animals, local spirits, and other elements of Gunslinger lore.   Ideally, initiates experience deeply mystical and transcendental states. They may experience a sense of clear and connected thought, feelings of oneness and unity, self-realization, and ego death, as well as empathy and euphoria. On the other hand, “bad trips” and dysphoric symptoms have also been known to occur, especially in people with histories of mental illness. 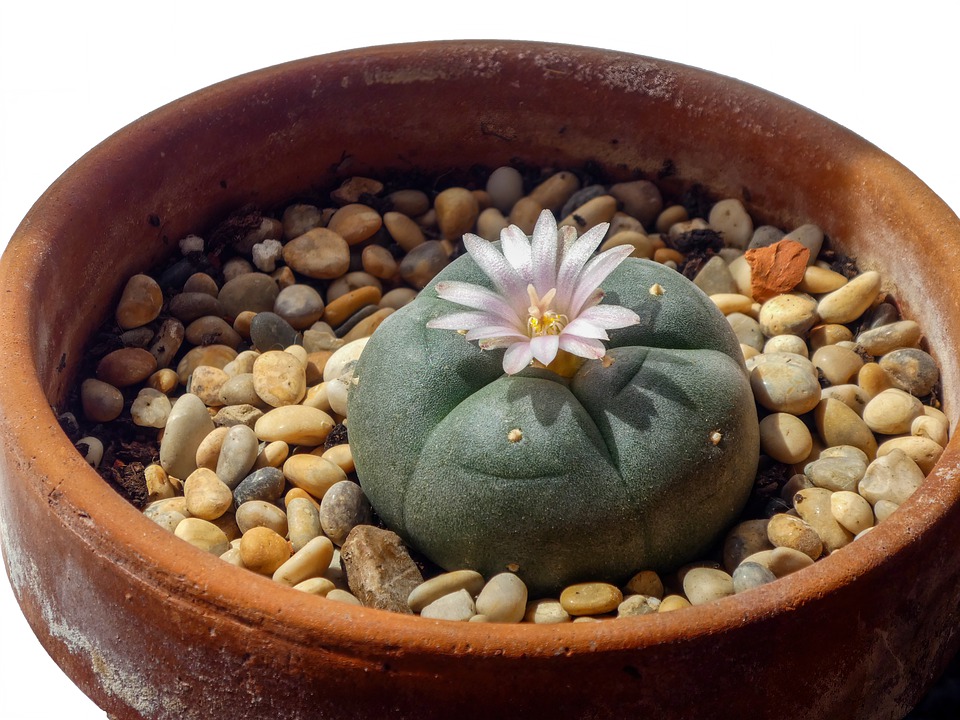 It's important to monitor the initiate's condition, although tradition dictates that every Vigil must be conducted alone. Usually, the initiators will linger nearby and listen for signs of trouble. The experience is intended to be an ordeal, so minor stressors will be disregarded, but if it sounds as though any serious problems are developing (see Sequela), then the initiators will usually intervene -- although this often means that the initiate has failed the test of the Vigil, and will not be admitted into the Gunslinger Order.

Usually, the Gunslinger's Trance fades within a few hours. Typically, if the Holy Sacrament was quaffed in the early evening, by the following morning the hallucinations and associated symptoms will have passed.   If any of the associated complications develop, however, treatment is a little complicated, and varies according to the undesired effect.

Mescaline can be addictive. It is unlikely that any Gunslinger would become addicted after a single dose in the Vigil, but it is theoretically possible. 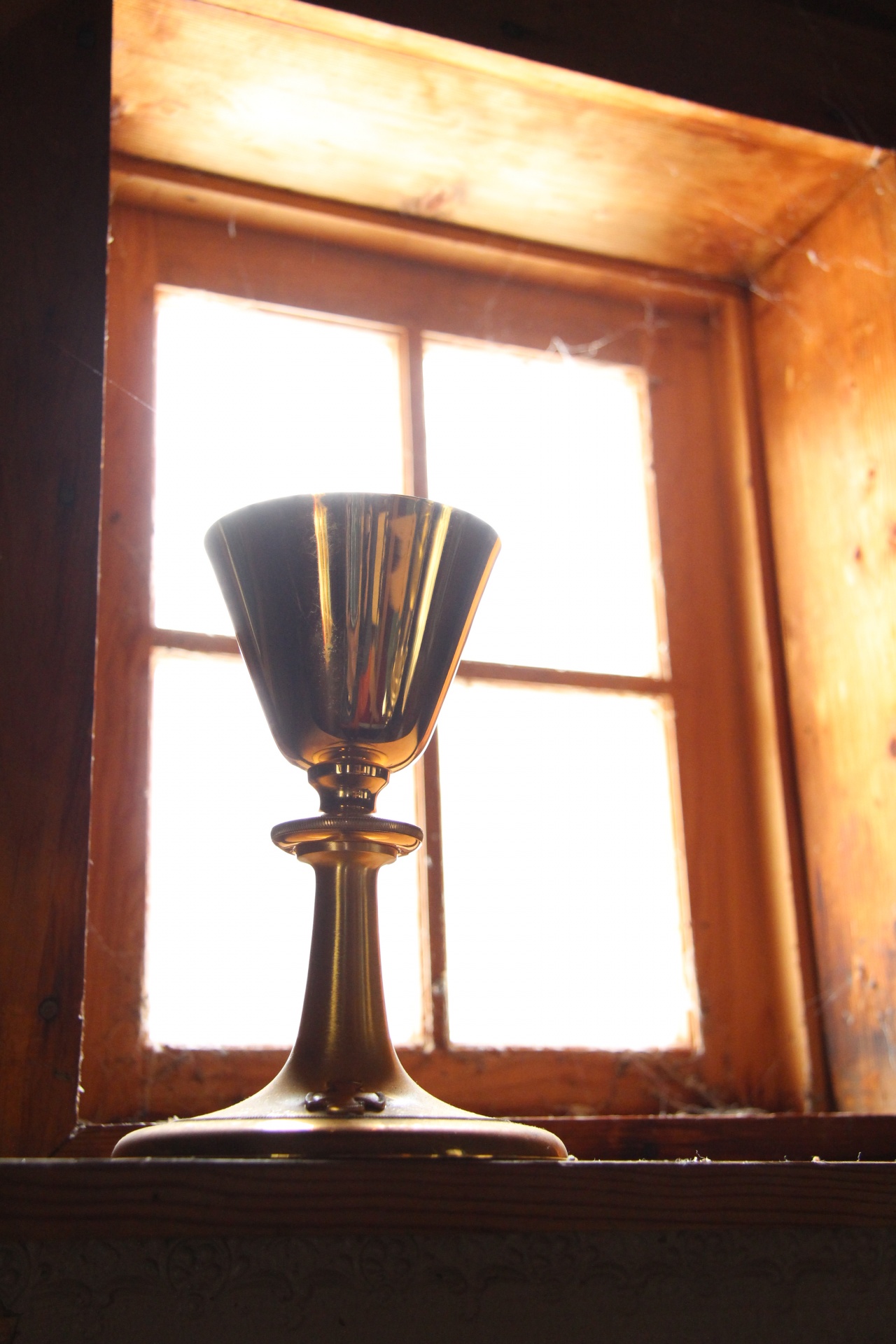 Sacramental Goblet by Kevin Casper
Some initiates are permanently scarred by the effects of their visions. Something in their altered state frightens them on a deep and visceral level, and these would-be initiates will usually leave the site of their Vigil before its completion -- which is a failure of the test.   Because purging is common, serious side effects have developed, such as dangerous levels of dehydration, or asphyxiating on one's own vomit. While this is rare, it has happened, and these are the sorts of dangers the initiators are typically listening for. To some extent, it is considered desirable that the body will face great physical challenges and stressors by means of this ritual, because it encourages Slingers to get in touch with their holy powers of healing; but of course, the Slingers don't want anybody to be killed in the process.   While suicidal ideology is a known but rare effect of ingesting mescaline, this has not yet, in any recorded instance, been a problem in the process of Gunslinger initiation. It is believed that the training process of a Gunslinger's Apprentice is particularly good at weeding out those who are susceptible to depression and suicide, long before they reach the point of initiation. Or, perhaps the Divine Powers that the Gunslingers follow grant them some kind of protection.   Occasionally, the altered state of the Trance lingers. In rare cases it may reappear from time to time at seemingly random intervals. Rather than viewing this as an affliction, Gunslingers view the initiate as having been particularly touched by the gifts of Lady (who rules intuition), and they and their visions are highly respected.   While it has only happened on a handful of occasions, very rarely the initiate finds themselves permanently in this altered state, and unable to differentiate the Spirit Realm from the Skin Realm. These unfortunates are usually taken to Fort Whistler for care, and consulted for their visions from time to time. They are known as the Oracles.   Once in a while, when the initiators come to collect the hopeful in the morning, they find that the initiate has disappeared. The general consensus is that they have become so enraptured in their visions of the Spirit Realm that they have stepped fully into it. These individuals have never been known to return.

Gunslinger oral tradition holds that the initiation potion was introduced by The Founders, specifically by "the Witch." Apparently she had some experience in using entheogens in religious ceremony, and felt that this would be a useful way to develop the mystical and metaphysical powers of the Gunslingers. As far as anyone can tell, it has been utilized in the Vigil ever since.

In most civilized areas in The Dominion, Gunslingers are highly respected and appreciated for what they do. On the other hand, the details of what is involved in their initiation ceremonies are only for initiates. Some more conservative areas might not approve as strongly of the Gunslingers if they were aware of their secret rituals, but as it stands, they remain highly-regarded. 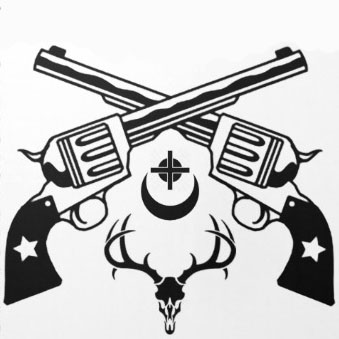 The Gunslinger Order is perhaps best described as a militant order of holy knights.

The Lord and the Lady

Mescaline, including the peyote cactus, is illegal in most areas in Canada, the United States, and Europe. It can be addictive.   WebMD has some strong cautions about its use - as it does for all hallucinogens. This site is clearly designed for people who are interested in safe usage instead, and seems to have practical advice.   I accept no responsibility for any trouble you get yourself into if you decide to experiment with this on your own.

Answering: "Describe a condition in your world caused by a drug or medicine."
Visit SableAradia's Competition Page Check all other answers to this prompt Competition Homepage

I really enjoyed this article and love Lord and Lady gunslingers! :)

inspiring article... (text and formatting are awesome!) I have a looooooong way to go before I get to this level of sophistication... :-)