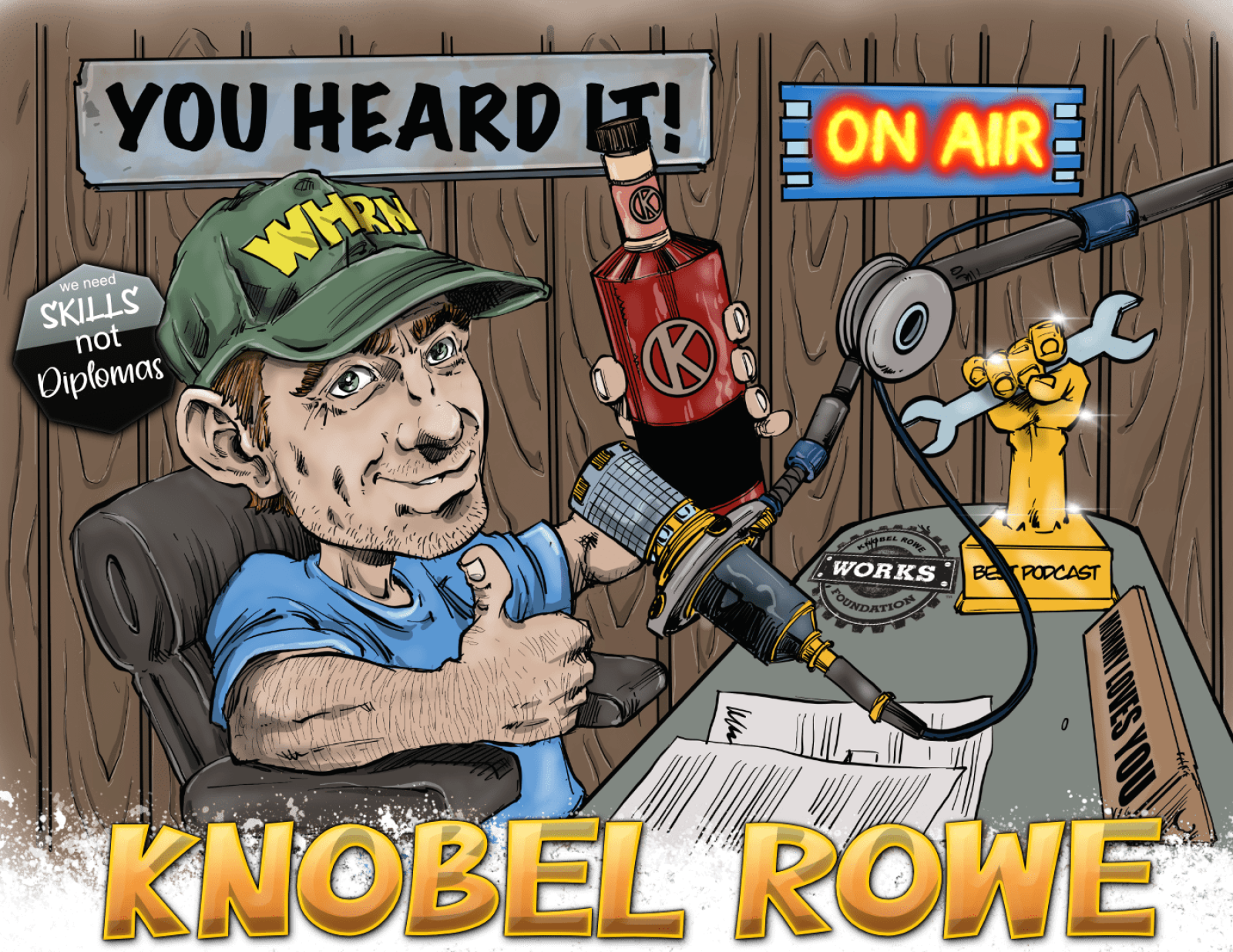 There are few who have done more for the progress and maintenance of this great city, than the thoughtful wisdom of Knobel Rowe. He has become the unofficial 'guild voice' of the working gnome, and one I listen to myself.   If anyone doubts that there is both honor and respect in working within a field that provides for others, then they have never listened to the best podcast on WHRN.   Frankly, I think he should run for President.
~ President Shrub
Knobel George Rowe is a popular television host and narrator for WHRN (Wanted Hero Radio Network). He is recognized for his work on the Factory Channel series Knobel Jobs and the series Well YOU Wouldn't Do It, So Shut Up! originally developed for CNN.   Knobel is best known for his award-winning podcast 'You Heard It!' with Knobel Rowe. The show revolves around the personalities and stories of guild members and how their work impacts Clockworks as a whole. By the end of his third season, more than 620,000,000 listeners clicked to follow his podcast, and numbers continue to rise each year. 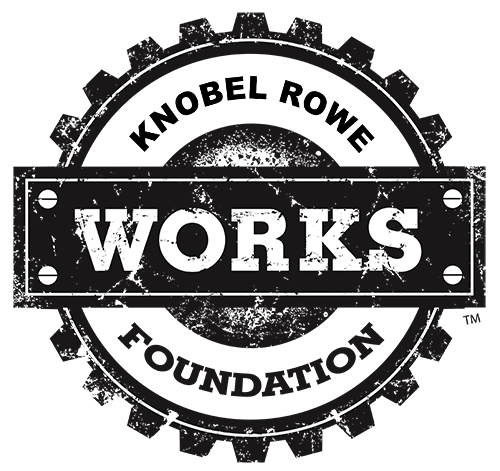 On Gear Day CT-731, Knobel launched the knobelroweWORKS Foundation, addressing the rapid decline of lower disctrict trade skill jobs. Few had noticed the crumbling state of the city infrastructure, blaming various guilds for a lack of training, rather than being forced to maintain public expectations with skeletal crews.   It didn't help that a turn in popular views, some pushed by CNN cast a shadow over critical trade skills keeping every household and business afloat within Clockworks. 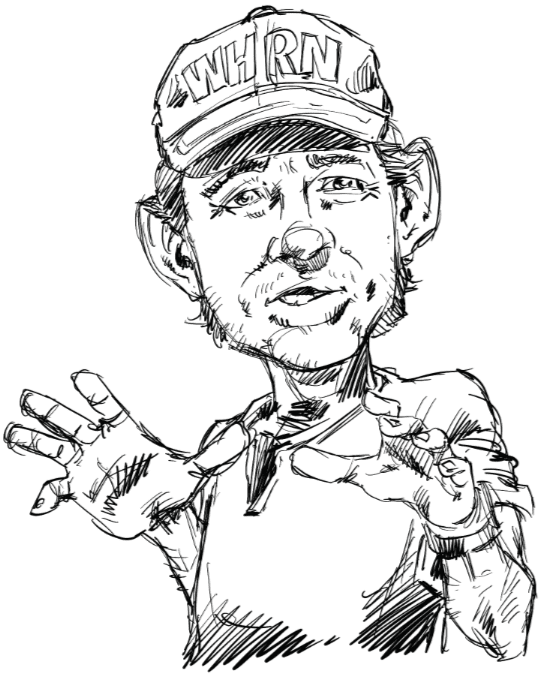 Calling in a favor to the Brothers Trench, Knobel took center stage during the Trench Wars arena grand opening.   Standing a top Burton's 'AfterBurner' prototype S.L.A.G., Knobel spoke to a captive audience on how the country had such Xsport events BECAUSE of the rat crews, and those who built the arena fans sat in. The address was both unscripted and passionate, sharing declining statistics...and the dark future awaiting the gnome race, should this trend go unchecked.   Knobel walked out to a standing ovation of 3,000,000 gnomes in the sold out stadium, chanting his name for nearly five minutes.   Knobel's trade resource center launched that day, providing information, resources, and forums for gnomes interested in learning about, or pursuing a career in the trades. The response was so favorable, a blog aggregator for the trades and construction industry called the "Trades Hub", was launched just a week after the momentous event.

You Heard It! with Knobel Rowe 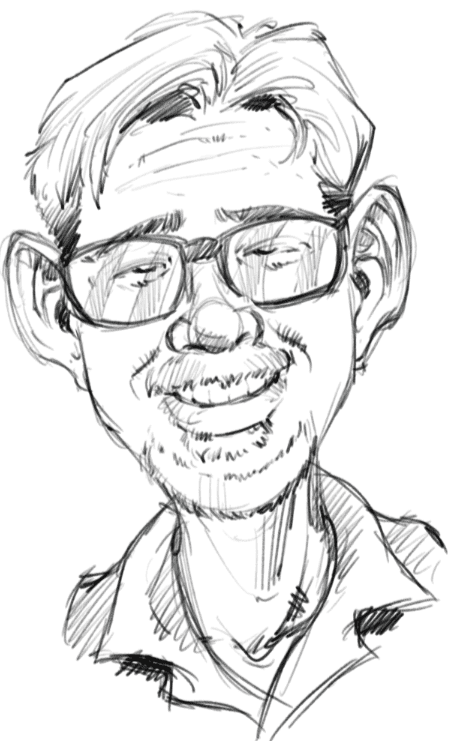 Over the course of the next two years, Knobel Rowe and his best friend, respected producer at WHRN Chuck Cornerstone, continued to interview and produce a podcast about the nearly-forgotten working gnome. You Heard It! with Knobel Rowe was an instant success.   From pipe-fitting, to running and jump-starting the city furnaces, to rat-chasing and goat spleen processing--You Heard It! continues to promote gnome guilds, and bring important jobs to light.

Today, the skills gap is wider than it’s ever been in Clockworks. The cost of University tuition has shot up faster than the cost of food, energy, flat fees, and psycologocal help for those with mullets combined.   Student loan debt is the second highest consumer debt category in Clockworks with more than 220 million borrowers who collectively owe more than $7.5 trillion. According to the Clockworks of Non-Executive Statistics, there are more than 35 million jobs available across the Districts, the majority of which don’t require a four-year degree.
— Knobel Rowe

Because of Knobel Rowe, Chuck Cornerstone, and the knobelroweWORKS Foundation, the great gnome city of Clockworks once more has a future through working smart AND hard.

KINSHIP: A Drink For Every Worker

When the idea for knobelroweWORKS Foundation was spawned, one of the key concerns was funding. Though it was established as a charity, providing scholarships was not a popular topic. Most prosperous gnomes didn't care about those seeking training within various trades. There was no guarantee the foundation would succeed. 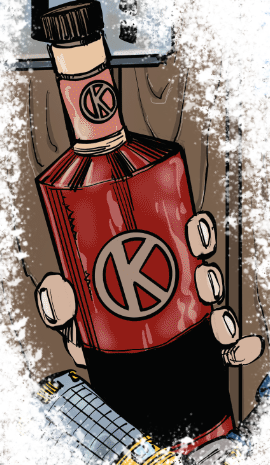 So Knobel came up with a backup plan: Alcohol.   Known among close friends as an after-hours drink connoisseur, Knobel did some research. He spent months among the lower disctrict watering holes. Knobel soon discovered not only where workers frequented to drink before retrning home...but what they drank.   That's how 'KINSHIP' whiskey was born.   One of the rituals Knobel discovered in each and every bar/tavern servicing guild members, was the friendships built around a good drink after a hard days work. The drinks were sharp, the laughter loud, the kinship warm. So Knobel Rowe designed something exclusively for those who desrved it.   The idea of exclusivity among the 'lower' class in Clockworks City appealed to those who owned and ran the bars and taverns. Making up more than 72% of the entire gnome population--this was more about loyalty, than drinking to the those who served their brothers and sisters.   KINSHIP was completely funded within 72 hours.   Since the first smoked barrels were opened, KINSHIP has produced over 71 million bottles. These bottles are done in handmade batches, and offered exclusively to the dedicated workforce that services Clockworks City. 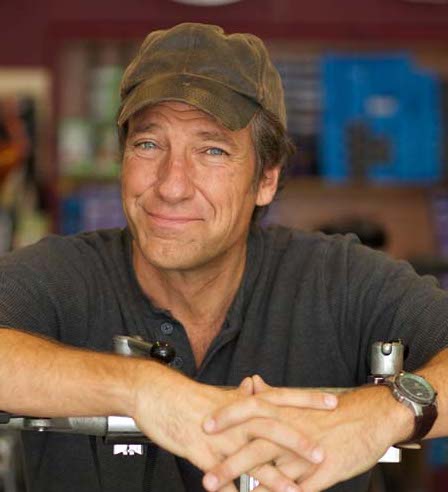 Knobel Rowe was inspired by television host, narrator, and brilliant podcast personality Mike Rowe !   When he's not traveling the country, showing us incredible job opportunities and unexpected experiences on the Discovery Channel series Dirty Jobs, Mike enjoys entertaining his near 6 million Facebook followers through "The Way I Heard It With Mike Rowe". 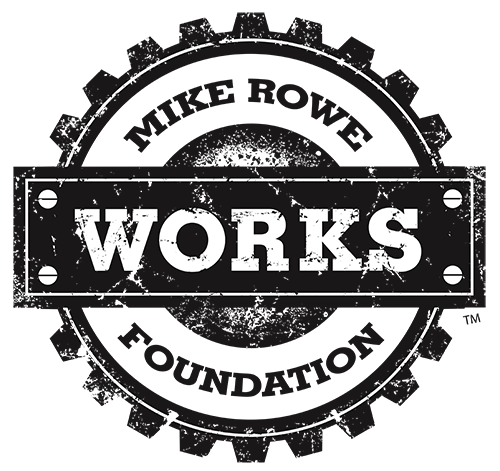 Even more impressive is Mikes dedication to helping America with its skewed view towards skilled labor. His organization, mikeroweWORKS Foundation, is on a mission to help close the skills gap by challenging the stigmas and stereotypes that discourage people from pursuing the millions of available jobs. They’re redefining the definition of a good education and a good job, because they don’t think a four-year degree is the best path for the most people.   Wanted Hero and Jaime Buckley have donated to Mike's Foundation. We want to help those seeking good careers with solid opportunities.   Consider donating to this worthy cause.   Thank You, Mike, for being the example of a hero people can emulate!

Hey, you gotta love a radio host! I've been one, I've roleplayed as one, and I'll appreciate the craft to the end!

Totally agree! Mikes podcast is one of my favorites on Spotify...so I just had to make him a character and immortalize his voice in my fictional world.   What better place than to be in an area that functions so much like his TV show, Dirty Jobs?!??