The Seavtai were an ancient northern people of the eastern Mountains of Das EkLachen. They were conquered by the Nelqorana during their expanionist period from 1250 - 1489 Year of Nelqora, during the Second Empire. The Seavtai occupied the northeastern mountains. Their land was bounded to the south by the Pass of Ucin and the Overlands of Das EkLachen, and was bounded to the east by the northern highlands of Torall. They were known for their horseman skills and their ability to travel quickly over snow. They had close interfacing with the eastern horse-tribes of Uulsan Torall — the proto-Baiyurts — and they had many coastal exchanges with the Altaic Elves. At the time of their conquest by the Nelqorana, a large number of them had been enthralled by Lambarauto, a powerful Caládolhn chieftan. 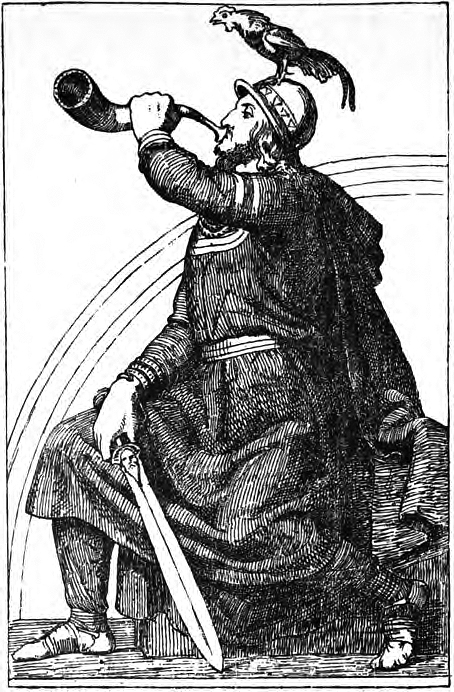 Age. You will live until around your 70th year, though you may live longer or shorter depending on material circumstances.

Size. The Seavtai average around 5'6ft in height. Your size is Medium.

Interface with the Altaic. You are proficient with Vehicles (Water).

Skirmishing Training. You are proficient with the shortbow, longsword, and trident.

Light Armor Training. You are proficient with Light Armor.

Bow People. The shortbow's damage dice is increased to 1d8.

Interface with the Farsurds. Mounting or dismounting a creature only costs 5 feet of movement, rather than half your movement.

Familiar with Snow. Deep snow does not count as difficult terrain for you.

Languages. You can speak, read, and write Human (Local Dialect: Seavtai), Elvish (Prestige Caládolhn), and one extra language of your choice. Seavtai is the language of the Seavtai people, and is the most widespread of the Human languages of the eastern mountains. You speak a local dialect; included in the local dialect is the knowledge of the prestige dialect, so you can converse with most Seavtai regardless of dialect. Caládolhn is the consonant heavy language of the northern High Elves.