The Establishment of the Second Empire of Nelqora's Army

The Mariner Empire of Nelqora long had a mixed system of levies and professional soldiers, established as part of Seerig's Reforms in 704 Year of Nelqora. Azrübel reformed this system and changed the army into a purely professional institution. This article will go into detail about his reforms.

The fortunes of Nelqora had been growing, and its empire now constituted all of the Altaic Country of northern Tizüb. But the stress of civil management of the conquered territories, the rebellious cells in the Island of Nelqora itself, and wealth inequality threatened to tear the newly formed Empire apart. There was a lack of manpower, and the quality of soldiers was proving inadequate. After 40,000 legionnaires were killed in Xekiiter's Reconquest of the Republic, which began in large part because of the disenfranchised servile class left over from the Nelqorana Civil War, Azrübel, in his pre-eminent position as Ukallaba, began his total reform of the army. His intention was to create an incentive system encouraging territorial conquest and distribution of resources to the lower classes. In this he fully succeeded, and the Nelqorana were, for half a millenium, an unstoppable force.

The drastic reforms altered all aspects of Nelqora's military. Though it should be noted that the reforms were a long time coming, and that generals before Azrübel had already begun the process of instituting much of what he finally codified. Indeed, Azrübel may have formulated his ideas because of how he was allowed, by the state, to manage his own legions during the conquest of the Altaic People, far away from the Homeland—with greater professionalism, salary pay, and long term limits for recruits.

Prior to Azrübel's Reforms, there was a property requirement to join the Hosts of Nelqora. Soldiers were also required to supply their own arms and armor. Azrübel's chief military achievement was the removal of this requirement. The Proles were now allowed to join the army. There was also the occasional allowance of slaves, either as punishment for great crimes—where they were put in vulnerable positions to brunt initial assaults—or by the slave's request, followed by the consent of the master.

On top of this, Azrübel set aside much of the state's funds for the supplying of arms to the army, instituted a salary for all in the army according to their rank, legally codified the stipulations allowing for soldiers to keep plunder, and began the Catendil Allowance, which meant that soldiers who served their full term in the army would be given a plot of land, usually in conquered territories.

These policies swelled the numbers of the army. Azrübel also removed the levy entirely and instituted a twenty-one year term for recruits. This created a standing army for Nelqora, and the length of time allowed for high quality training.

A major consequence of these reforms was the created conflict of loyalty between state and commander. Because the commander managed the salaries of the soldiers—and often paid them out of his own pocket—and also determined when and how to plunder settlements, soldiers often grew to love their commanders over the faraway state apparatus of Nelqora. This principal-agency problem would never really touch the Homeland but would wrack terrible ruin on the colonies in the southern continents. Nelqora's colonies in Greater Huraedon would often split away in rebellion, and many resources were spent curtailing them.

Alterations were also done on the composition of the army itself. Firstly, the seven emblems of the Nelqorana Hosts were cut down in number. From the Eagle, Swan, Elf, Boar, Horse, Wolf, and Bear only three remained: the Eagle, Swan, and Elf. Under these three standards the Nelqorana organised their Hosts and continued their conquests. The Eagle was often seen in Erub, the Elf was used most often in Tizüb, and the Swan was used by those penetrating Far Moinen.

The Cohorts were a tightly closed formation of heavy infantry, armed with the two-pronged shortsword called the Chafblade. These would march in the center of a formation, flanked by cavalry, with ammunition users and light infantry behind them to screen and defend against cavalry and other skirmishers. The depth of rank of the Cohorts also encouraged soldiers to stand firm, as they were surrounded by many comrades.

The standard legionnaire was armed in greaves, a chain shirt, and a helmet. Along with the Chafblade they also had javelins and a curved dagger. Standard-bearers wore colorful plumes and wielded golden horns. Soldiers were commanded to be silent in combat but noisy before and after it.

So Azrübel successfully implemented his plans and created a standardized, professional fighting force, encouraged to fight for wealth and glory, and geared and trained in comforting formations.

Among Azrübel's many achievements, his reform of Nelqorana logistics matched his removal of the military property requirements in importance. Forced to make his army leaner to fight in the harsh conditions of the Altaic Country and the Mountains of Das EkLachen, Azrübel cut down on many of the pack animals and baggage trains during his Third Invasion of the North.

Legionnaires began to carry much of their equipment themselves. Their held gear usually amounted to 75 kilograms. The carrying of entrenchment equipment also sped up the building of bridges, forts, camps, and earthworks. They were also able to move very quickly.

Each Pelibernuum had a mule, and the noncombatants also helped carry things. This meant that the pack train was still very large, full of noncombatants. Still, it was more efficient than the system before.

The sources of supply were separated into different levels. The first was the supply with the army. It has already been mentioned that the legionnaires carried much of their gear, and their self-carried food amounted to about a week's worth. Their mules would carry 3-4 weeks of food.

The second source was supplies gathered on the field. Foraging was very common. In this, the extreme energy of the Nelqorana during the spring and summer months proved very helpful. Other times there would be the mass purchase or seizure of goods from the locals by the army. And of course, pillaging was important in supplying the army. But the supply convoys sent to the army were the most reliable source of food and the most complicated to manage.

Outside the theatre of operations of the Empire of Nelqora there would be a gathering of needed resources through either taxation or extortion, either from the Homeland or from the colonies. In Azrübel's initial conquests most his resources were from Nelqora.

These supplies were then brought to an important operations base, usually set by the sea. These bases were the homes to great barracks and would have had great stores of resources. These operational bases then sent their resources to tactical bases, where the Hosts were. The tactical bases were moveable bases, built at the end of a march, which went about 35 miles in a day during the spring and summer. Siege equipment was also stored in these tactical bases, while the Hosts would have gone out to do other activities.

The tactical bases wouldn't be fully abandoned, though, when the Hosts left them. When the main Hosts marched forward they would leave small contingents to manage what would become a supply depot. So supply lines were not long lines of baggage, but rather small convoys moving between the chains of depots leading finally up to the main tactical base. Soldiers and convoys could rest in these depots. In between these supply depots were built canals and roads. Single highways were built at about a pace of 30 miles per season (March—September).

These new reforms allowed Azrübel to campaign in harsh terrains without too much fear of attrition. 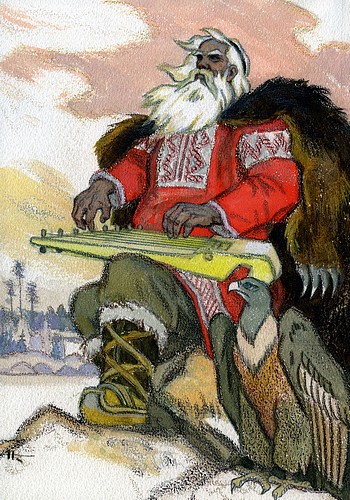