The Grand Concordance of Tairos

Early History and The Fang Crusades

The success of Tairos' most famous nations was never guaranteed. Orc clans surged across the plains, goblin tribes and kobold dragon-cults preyed upon the weak while other threats to numerous to count went unchecked. Each of these nations worked to protect their own borders and their own interests while ignoring the struggle of their neighbors. And, in doing so all they succeeded in doing was pushing problems back and forth between each other over and over.

That would all change because of the Ximezci and the relentless threat they represented toward all life. The Elves of Melanthris were the first to discover the Serpent People of the southern jungle and the first to understand the potential consequences of their plan should it come to fruition. The elven warriors proved equally as deadly and dedicated as the zealous Ximezci acolytes. The horrors the Serpents could conjure from the void would have driven lesser soldiers mad but the stalwart elves stood fast in the face of that as well. It wasn't courage or prowess that broke first; it was their numbers. A war with the Serpents was unsustainable and by sheer attrition the elves would eventually be defeat and all of Tairos lost.

Melanthris would send diplomats all across Tairos to every one of the great nations. They would take with them evidence of the Ximezci's existence and proof of their blasphemous ambitions. Carcasses and captured prisoners would be enough to convince them of the physical threat. Elven members of the College of Magic would showed the magicians of other nations how to scry into the jungles and see the Serpent cities for themselves.

Once the truth was revealed the necessity of action could not be denied. The Dwarves enlisted the finest soldiers from their clan armies and boldly marched into the jungles with ax and blunderbuss. @Gnomes had little choice but to send aid. Their clockwork empire bordered the jungles and even if their Ximezci's nihilistic end goal should fail they'd still face a potential invasion from the south. The contributed clockwork golems and gnomish inventors to bolster the battle lines.

Yet, the problem remained. The Ximezci's breeding regiment was such that even the combined numbers of the elves, dwarves and gnomes would never be enough to defeat them. The decision was made to turn to the burgeoning nation of Balmoral and the numerous Halflings whose townships dotted the countryside. With the halflings and Humanity now committed Tairos had a fighting chance.

Bringing in the humans and halflings was universally received with praised. It meant these that these younger races would share in the spoils of war as well as equal standing in a post-war Tairos. Many noble houses of Melanthris and powerful clans in Ghal Ankhar detested the idea. Even many among the gnomes had their concerns. They saw the humans as reckless and the halflings as dangerously naive.

In the end these dissenting voices were silenced in favor of mutual survival. Thus, the Grand Concordance of Tairos was formed. This alliance between the races meant not just the beginning of the Fang Crusades but of true cooperation. Borders were opened, trade blossomed and ideas were shared.

After the fall of the last of the Serpent temple-cities and all through the Plague of Undeath that followed the Grand Concordance supported each other, rebuilt and expanded their empires together and ultimately prospered. Only the gnomes worked to maintain their isolation. They saw a deepening danger of corruption among the other races and believed that sharing their clockwork sciences could lead to disaster.


The Decline and Demise of the Concordance

By the time of the Autumn's Queen's arrival in Tairos the Grand Concordance's altruistic beginnings had long since been forgotten. They were replaced with trade agreements, territory negotiations, ambitious political power grabs and schemes for individual enrichment. The Serpents were extinct and the Plague of Undeath subsided. There was no threat left to maintain discipline and so the Concordance slipped into decadency. This was a condition that the Autumn Queen and her Shadow Court were all too adept at manipulating.

By the time Tairos had learned of the Fae's true purpose in coming to their land the Concordance was already crippled. Fae had been allowed to join the ranks and infiltrate the home nations of the other Concordance members.

Certain key factions within each nation and in the Concordance itself would eventually take action on their own, leaving to form a private resistance to the Autumn Queen's new order.

While no official end was ever declared to the Concordance many attribute its death to the day the Autumn Queen and her fae were inducted into its membership. Toward the end of the Queen's War, when the collapse of the leylines was well underway, many desperately turned back to the treaties of the Concordance but they had lost all meaning. Even the elves tried to bring purpose and order back to them despite being the ones to invite the Fae to Tairos. The elves were shunned for their betrayal, the dwarf clans were fractured and both the gnomes and the human empire of Balmoral were exterminated.

Today, technically, the Concordance still exists though none of its member nations have ratified its existence for centuries. Its formal meeting places have been re-purposed or left to rot. Generations have lived and died without even knowing a great alliance between the races ever happened.
The Grand Concordance of Tairos is dead.

The Concordance was governed by a series of administrations that all reported up to the voting organization known as the Alliance Council. Each nation would send ten members to represent them, these members were chosen from the different geographic locations within their nation. That way, for example, even the humble farmers from each nation would be able to have voices within the Concordance.

Representation of the Tairos' citizens on the public stage. Mutual protection for each member nation against external threats.

Each nation would supply troops, wealth and resources toward the Concordance. These assets would be voted on and distributes based on the votes of the Alliance Council. 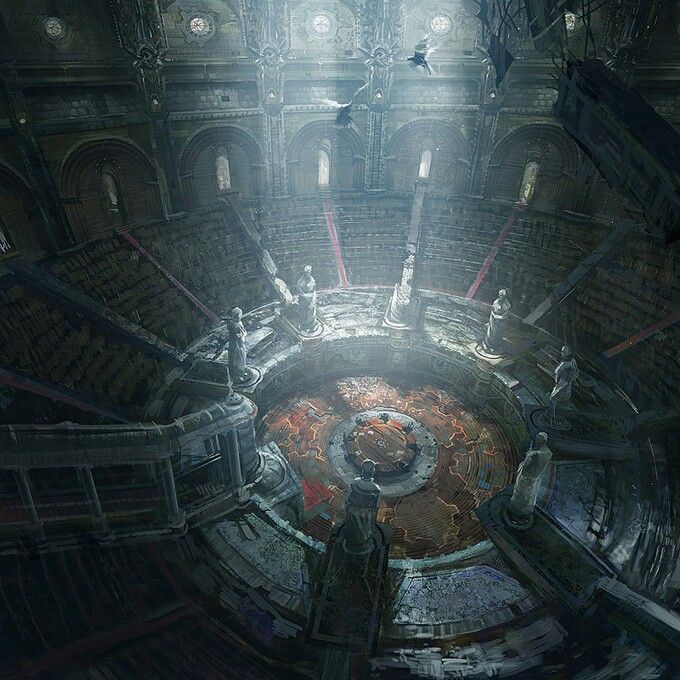