When you use magic, you are gathering ambient energy all around you; you let it flow through you and you mold it to get the desired effect. But be careful, there is raw energy flowing through you, and your body and mind need to handle that or will break.
— Karlash 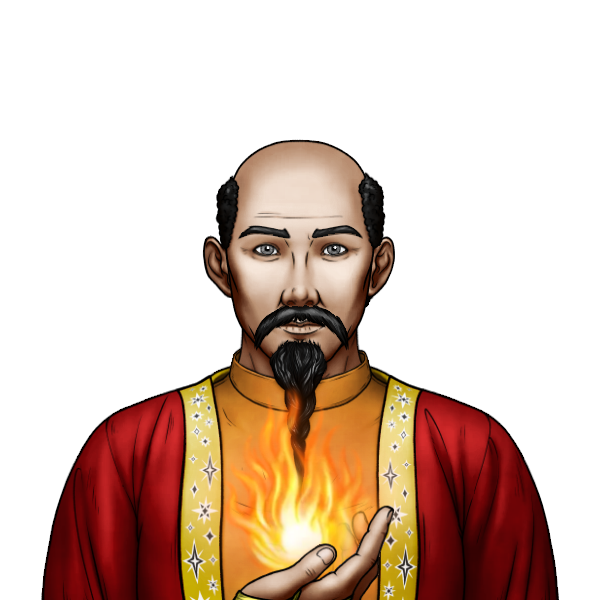 Every creature has a magical core, a spark of life that some would call a soul. Either trough practice or talent, some people can control this spark, to mold the world around them to their will. To do that, they combine their own magical energy with the ethereal, omnipresent energy of the world, let it pass through them and cast magic this way. This energy passing through their body and mind can damage it, leaving permanent scars that will never heal.

Essence Scarring is caused by too much energy flowing through someone's body and mind while casting a spell. This often happens to novice practitioners of the Arcane Arts - people who have little training on how to control what magic they unleash. They lose control over their magic, and unleash energy way above their capabilities and ulitmatly damage themselves.

If too much energy passes through you, it will damage your mind, burn your flesh, and might even destroy your soul. Magic is raw, powerful and unpredictable. Only a powerful mind and a healthy body can control this ancient force of nature without hurting themselves.

Training will lead to a better control, and will allow people to cast more powerful magic. But even the trained are not immune to this condition and still need to be careful.

Once someone has acquired Spell Scarring, their magical abilities are impeded for the rest of their life. They will never be able to cast as powerful magic as they did before and sometimes even easy magic might become hard for them.   Immidiete symptons might include internal burnings and bleeding, exhaustion, memory loss and loss of consciousness. Long term, the caster will often have to deal with brain damage, ranging from minor memory issues up to insanity, visible scarring all along their body and permanent physical and mental exhaustion.

This condition has been known to most spell casters for a very long time. They might not have understood how it worked, but they knew if you cast too powerful magic, it will hurt you and your ability to cast magic in the future.   During the Age of Arcanum, this condition was researched extensively, but no cure or prevention method, has been found. By now, most scholars agree that there is neither a cure nor a way to prevent this damage in any way. You can only mitigate the damage by training and caution.   This led the Everlasting Empire of the Dragon to develop one of their most severe punishements for spell casters. The exact details about their technique, has been lost to time, but they found a way to intentionally cause severe Essence Scarring in people. This way they could take away the magical powers of an individual, to make sure they would never cast any magic ever again. For them this fate was worse than just being thrown into prison or executed.

This is a stub

This article will be expanded upon in the future

This article is covered by external copyright, and therefor not publicly visible.

Type
Magical
Cycle
Chronic, Acquired
Cure
Currently there is no cure known
Afflicted People
Most Spellcasters have some minor Essense Scarring, but only the most reckless ones suffer it's worst effects

Answering: "a medical condition which is feared by some"
Visit Satrium's Competition Page Check all other answers to this prompt Competition Homepage

Great article! I love that idea. It's really horrifying that the effects are permanent :(

Very nice article! That punishment is actually pretty clever way to get rid of spellcasters, although horrible. Since most spellcasters have lesser spell scaring does that mean that there are only a few spellcaster that are not inhibited in their magic use?

Thanks for comment! And yes, basically while practicing every spell caster will cause some Essence Scaring at some point. Most of them won't even notice it though, as it's just too minor. Only if you are reckless, you will cause major damage.