1 - He spoke of an opportunity in a small town. At first I thought it was a joke. But the lake and forests won me over. “So tell me more about Nonogawa.”   2 - “You haven’t lived in a small town before?” He asked.   I shook my head.   ”Benefits are a close knit community you can rely on, and if you’re smart—lead. Downside—they’re superstitious of yokai. But you like human guise.”   Might be time for a change.   3 - I’ve been chasing the memories of my beloved, but it won’t bring him back. A new start, location, and focus could do me a world of good. “When I was young, the messenger said Soujoubou would call me to serve my country. So tell me more.”   4 - “Have you heard of the League of Guardians?”   I shook my head, but he had my attention as he shared about the secretive organization.   “To join I’ll have to disappear, won’t I?”   “Unless you reveal your yokai nature to your family.”   5 - “I’ve quietly hidden my magic from all but my husband. Right now losing the rest of my family too would be too large a deficit to bear.”   He rolls his eyes. “Baka. Disappear as in move to a remote location. I managed to keep my family.”   6 - I didn’t have to spring to create a new disguise or cause disorder in my family. My swirling emotions settled to a dull roar. “Is this little town welcoming?”   “A kitsune’ll fit in well enough in a hidden yokai hub,” he said.   7 - So I’d be stuck in the form of an older woman for most of my 50 year appointment. I think I could try to make that work.   ”How did you avoid letting your tanuki nature be discovered while executing your Guardian duties?”   8 - His answer suited me. Again, I spoke with a shocking bluntness for a woman, “Is the League another hegemony to protect the current leadership? We’re still recovering from the war. We need strong leadership, but we also need open minds.”   9 - With keen *brevity he gave me a first *peek into the world he offered to train me for, plus a challenge. “Our leader knows we need to adapt. He’s seeking the younger generation to help. You won’t bristle too much under that, will you?”

1 - College? Che. The pace was too slow, too far removed from real life, and my eidetic memory made tests a breeze. The moment I was recruited to use my wiles as a club host, I was hooked on influencing those around me.   2 - The storm pushed hard against the windows. Raindrops merging fell in rivulets, mocking the crocodile tears of my customer. Being the most notorious host in Osaka meant I could tell what was real. She was as fake as they came.   3 - Hostesses kept getting sucked into squandering their earnings at host clubs, craving an ear to listen and understand. A vicious cycle. Twice, she’d awoken after talking in her sleep while I racked up drinks on her tab.
4 - I didn’t just drink to charge the customer for the alcohol, it was a way to cope with the brokenness I saw every day—to squash the seed of guilt taking root.   “Rei, it’s 2AM, closing time.” I nudged her off my shoulder.   5 - I’d fall from the top host spot if she dominated my bookings. This had to be nipped in the bud. My other client relationships needed renewal. Time to have a sharp word with my scheduler, before Rei became my bane.   6 - My secretary flinched when I probed, bringing the situation into clarity. Rei’s frequent bookings were the red flag. Better to manage my own appointments. When Rei’s access to my schedule was minimized, she and my secretary disappeared.   7 - The afternoon sunshine on my face, didn’t calm my seething. I needed a distraction.   On a lark, I allowed an unvetted male client to fill a cancellation. He strode in like he owned the place and claimed the seat beside me. Yakuza. I swallowed hard.   8 - My hands shook as I offered the mid-30s mobster the bottle of sake. I remembered seeing him. “Otsuka-san, have we met before? It’s unusual for a guest to pick a host before introductions.”   He sipped, handing the bottle back. “You were top billing.”   9 - Avoidance. Part of the shield I had to break down to see the customer’s needs. I smiled and took a swig too. I had the eventide to figure out why he’d chosen me instead of a hostess beauty across the street. Challenge accepted.   10 - He was so tight-lipped, coaxing information wasn’t accessing a river, as with most clients. With him, it was a trickle of tidbits that hinted at so much more. The riches he dropped for drink after drink assured me of his interest in return.   11 - Spectators gathered. I should have drunk this yakuza under the table by now. An otherworldly storm charge grew as we each strove to give up the least information. When his head hit the table, a hollowness filled me. I wanted more.   12 - Closing time. Kicking him out wouldn’t fly and he snored through taps and shouts. Nothing helped, so I went through his wallet for someone to call. A PSIA card? WTF? I stifled my gape and quickly hefted him out of the club. I had a ton of questions.   13 - I called for a cab and packed the unconscious Otsuka into the back seat. Where would he be safest until he woke up? I was NOT taking him to my apartment. Scanning through my phone, the cheapest option was a love hotel. Awkward, much? Too damned bad.   14 - After dumping him on the couch, I snagged a portion of the covers to toss over him and claimed the stupid pink bed. His, “Where the hell am I?” woke me.   I pointed his 9mm at him. “The walls are soundproof. Spill it. What brought you to my club?”   15 - “Kidnapping for a lovely getaway. Kinky.” He batted his eyes.   I snorted and lowered the pistol. Where’d he get pluck? “Most consider conserving a yakuza’s life a waste. So, do the letters P.S.I.A. mean anything?”   He blanched.   16 - His rapid recovery astounded me as he spat, “You dig through your customer’s wallets? Che.”   “When their blood chemistry renders them unable to leave.” I shrugged. “The card put you in danger.”   His eyes narrowed. “And why would you care?”   17 - “Were you planning to off the spies in my club? We view that as bad form,” I chided. Yakuza didn’t have virtues, but they weren’t usually stupid.   “You’re not one?” he raised an eyebrow. “Or is interrogation akin to affection?”   18 - “Are my hosts are in trouble? We don’t need a scandal to *climb out of. We’ve worked hard to recover from the last one.”   “You are,” he said.   My blood froze. “Why?”   “You’re privy to a dearth of career-ending secrets. Yet you keep them.”

1 - Planning the year’s herbal medicine garden, I wanted to double, maybe even triple our crop of arnica. We’d almost run out of the bruise salve after Umeji came into our lives. Su-chan wanted to help with every little wound the young man got.   2 - The chill here in our mountain valley meant we’d have to cover the plants. We recycle our plastic every year, but it’s hard to wrangle when cold. Too bad Suzu and her boyfriend aren’t here to help. It’d do the city boy good.   3 - Planting was an all-day affair. The outdoor temperature was perfect. My sons prepped the beds with compost, so the plants could thrive. But my sons would leave soon. Who would help our little clinic carry on? 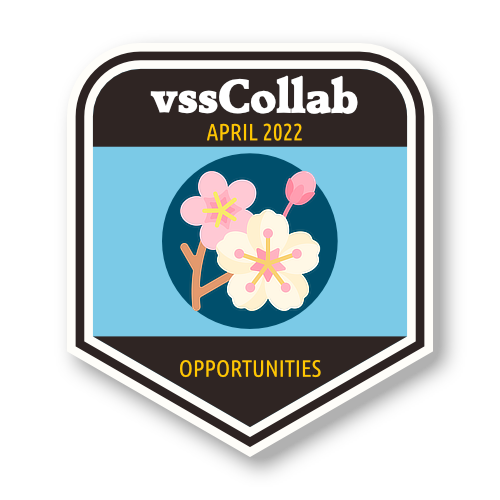 These Very Short Stories (VSS) posted on Twitter relate to my book series the Liminal Chronicles.   The newest ones are at the bottom. So start at the top. Click here to read the newest vss.

What is #VSS365? Fun daily prompts for tiny stories that fit in tweets. The bolded word is the prompt of the day.

This year I'm also running a VSS challenge called vssCollab. Interested? Check out the link below.

A VSS (very short story) challenge on Twitter, where writers thread tweets together to create flash-fiction. Read the best in the 'In Threads' zine and tune in on Twitch to hear the authors read their favorites.