Weeld kleeth are divided into three distinct subspecies: the terrons, the pendegons, and the casilisks. Fossil and cultural records indicate they originated on the Siindle continents and migrated to eastern neighbors thousands of years ago.

Terrons
Terrons are originally from the eastern regions of Siindlenorth and Siindlesouth. They occupy small villages along the coast, though communities have slowly migrated inland. A few hardy groups live in the Hethen Mountains.
Pendegons
Pendegons inhabit the western coast of Pelthine, with most congregating in the southern, more tropical areas. They tend to smaller, though more numerous, communities in remote areas.
Casilisks
Casilisks prefer the warmer tropical regions of Zouldan. Larger villages are common and occupy land just beyond the beaches. Some smaller hamlets rest inland, protected by the dangers of the rainforest.


All artwork by Shanda Nelson unless otherwise stated 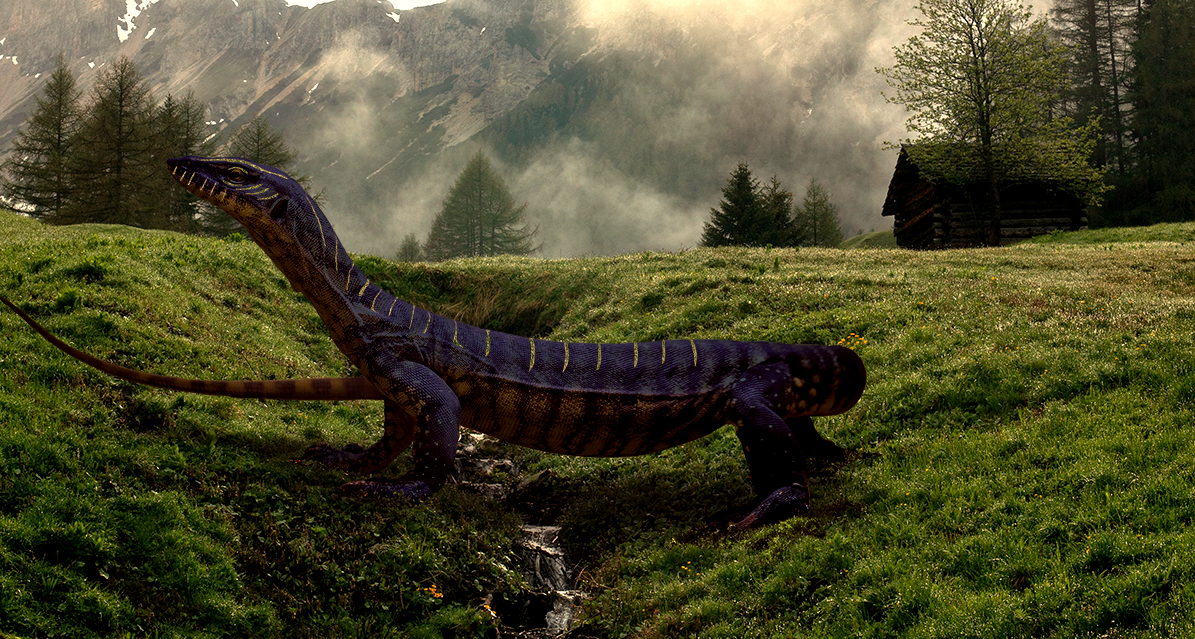 Scales   Scales are round and do not overlap. Patterns are genetic, while coloring is based on the diet of the kit in the first few weeks of life.   Weeld kleeth, if they consume enough theerdaala mineral, can activate a secretion that fills their scales just under the surface. The mineral is stored in a special gland in the jaw, and purposefully activated when tensing surrounding muscles.   While meant to protect an individual against a rival's claws during leadership battles, the substance also deflects blades and tech weapon strikes; a handy, unintentional side-effect.   The secretion lasts until the lizard deactivates it, or the theerdaala reserves dwindle; once depleted, the substance can no longer be made. It breaks apart and the lizard's body uses it like it would fat, for fuel. If completely drained, the gland takes several days, and an increase in theerdaala mineral consumption, to replenish. 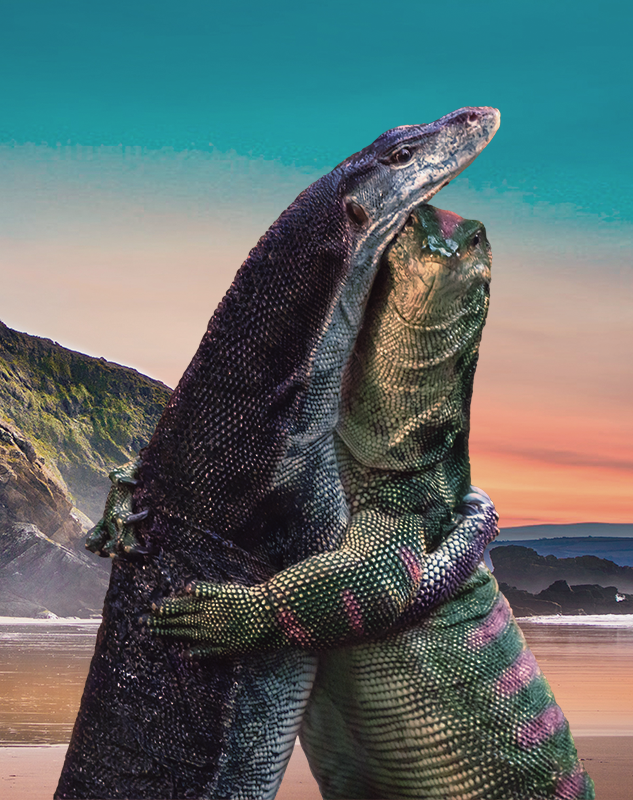 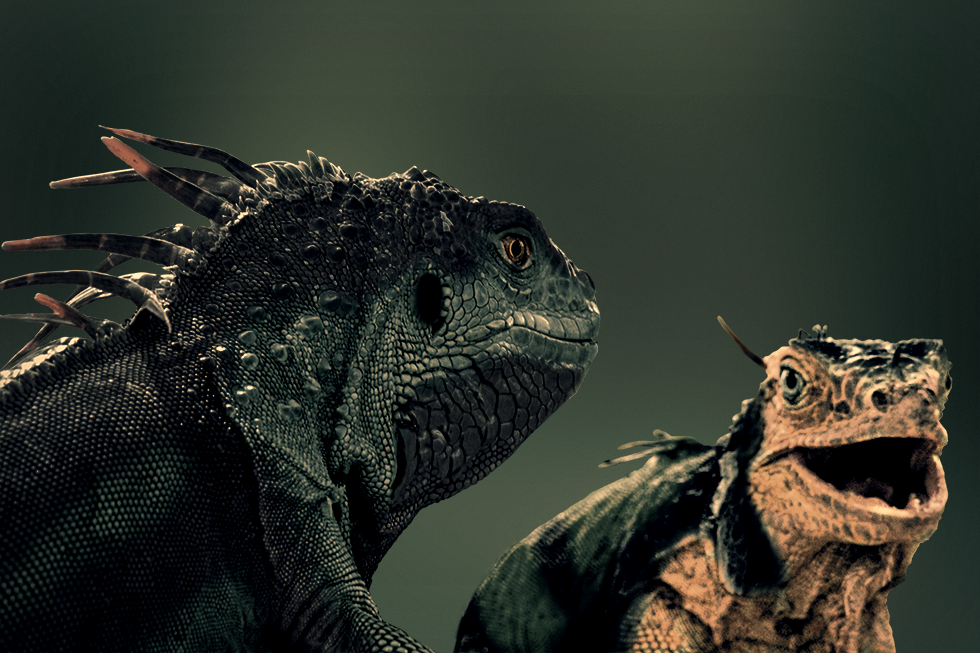 lizards Esmaragdo Camaz from Pexels
Weeld kleeth love to talk and socialize, to the point introverts are seen as reprobates.   They call their language claw talk, since they use their claws to sign it. It is a combination of an ancient Siindernorth human language called Caldum and even older lizard words. The language is spoken by all subspecies and changes very slowly, since those who speak it can live for several thousand years.   Oddly, it is the same sign language used by the underground and urchins in many urban centers on Theyndora. No researcher has looked at the connections.   The written language is a series of slashes and dots, both easily made by the tip of a claw. 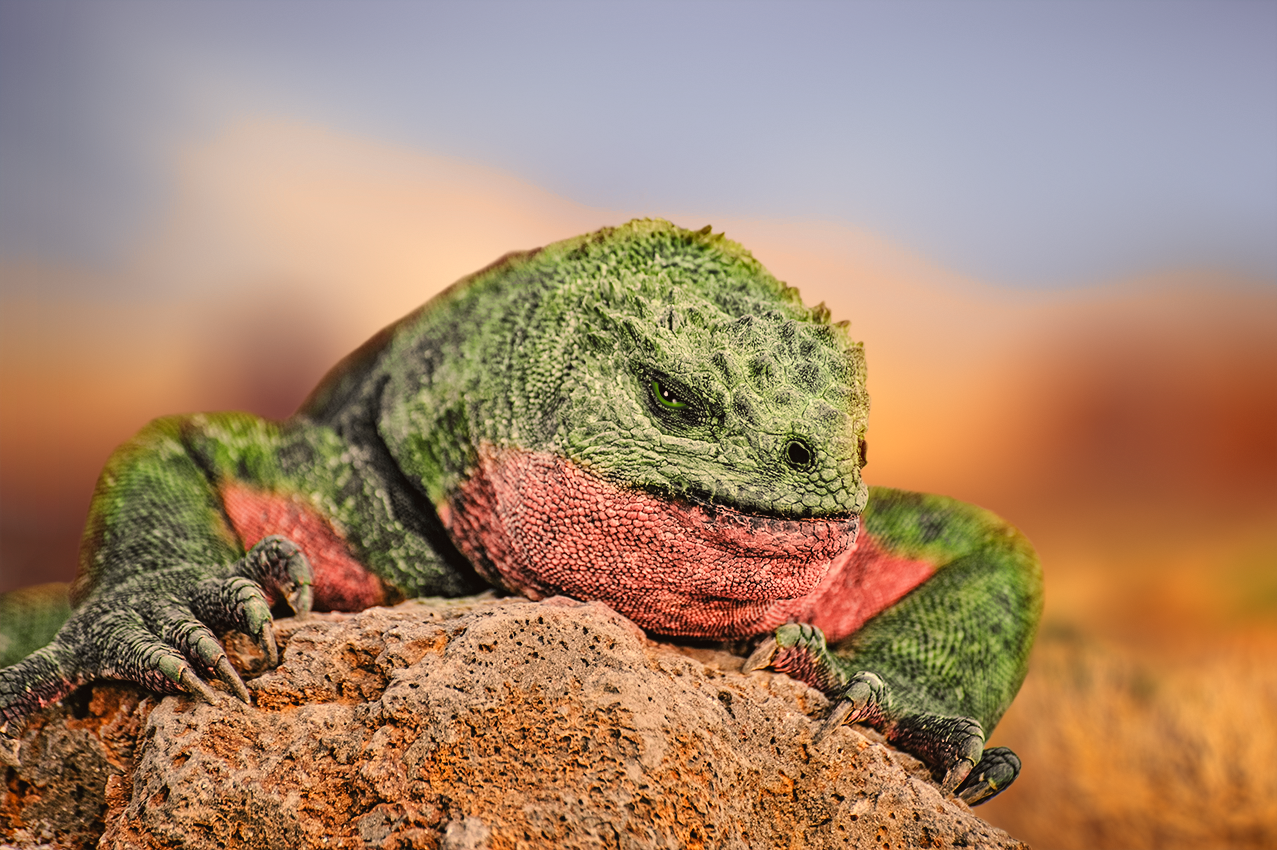 The longest-living weeld kleeth known to humans is a Pelthine pendegon who lives in the Stars temple, Mechked, Taangis. According to temple records, she has been in service to various religious entities for seven thousand years.

By age thirty, weeld kleeth are ready for apprenticeships. They can dabble in different areas to test compatibility, but they must eventually choose one as a focus. Unless they move to a different community and are able to switch, they work in their chosen field for the rest of their life.

Weeld kleeth are viviparous, and give birth to one kit at a time, though twins are often born when populations dwindle.   Kits are born with pink skin; their scales harden within the first few days, and during this time, they are fed a diet of specific mashed plants and minerals that determines the color of their scales; different populations have different ideas of which colors are most beautiful, and try to bring those out in their children. These beauty colors change with the decades, and combinations once thought scintillating can be thought of as dull and uninspired in later generations.   By the end of the third week, the color and scale pattern of the kit is set, and cannot be altered.   Kits are kept in their parents' wallow for the first two years of life, with one or the other in close attendance at all times. They are fed a varied, omnivorous diet, though most of what they consume is dictated by cultural norms. Some communities have very strict guidelines about when kits can begin to consume certain foods, which can last until they reach five years of age.   Between the ages of three and ten, kits spend most of their time outside and in play. This builds their muscles and a sense of community with other kits. At age ten, it is expected they can sit still for extended periods of time, which is important for schooling.   Thirty is a landmark age; their growth spurts slow and stabilize, and they begin to produce the poison in their claws and create the theerdaala scale secretion. Both claw poison and theerdaala secretions are strictly regulated through cultural norms.   Once they reach fifty or so, weeld kleeth are ready to take a partner. They have one kit at a time and wait at least three to five years before they have another. It is rare for households to have two kits under ten, unless they are twins. While the lizards are fertile for millennia, most have children within the first century of life. One to three kits are common, with few exceeding five except in times of population decline.   As they age, weeld kleeth do not get older, they get bigger. Lizards who have survived a thousand years can be as tall as a large farm wagon at the shoulder. Those who survive two thousand are a quarter larger. They continue to grow until they die from disease or accident. Most die before they reach four millennia, though a couple make it to five.

Most weeld kleeth communities farm in some capacity, through setting fences around naturally-growing foodstuffs and caring for them. They grow grains, vegetables, berries and fruit trees. Wild nuts are gathered to supplement meals.   The lizards raise small animals for protein, like rabbits, chickens, ducks and geese. Eggs are a staple and form the basis of many traditional meals. Seashore communities have fish pens and raise fish, crab and shellfish. Mountain communities raise small goats, sheep and pigs.   Weeld kleeth cook their meals. Very few things are consumed raw, but include fruits and berries, nuts and some vegetables.   Every weeld kleeth community has a nearby source of a theerdaala mineral, preferably guerink. As kits, they lick blocks of it, but as adults, they crush it into a powder and add it to a nightly drink. Without access to theerdaala minerals, they cannot make the scale secretions.   Theerdaala minerals are considered so important, villages have warred with each other over veins. 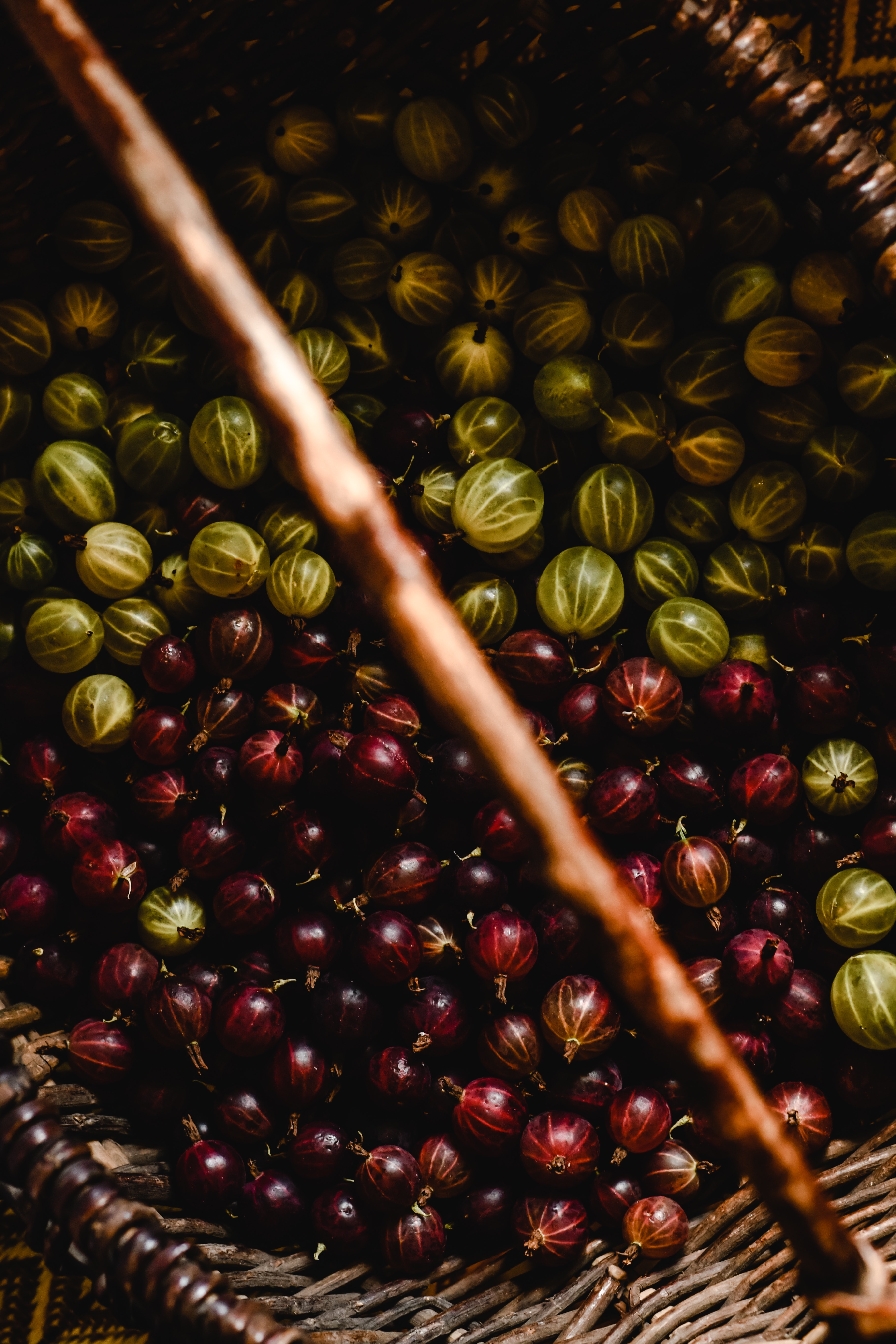 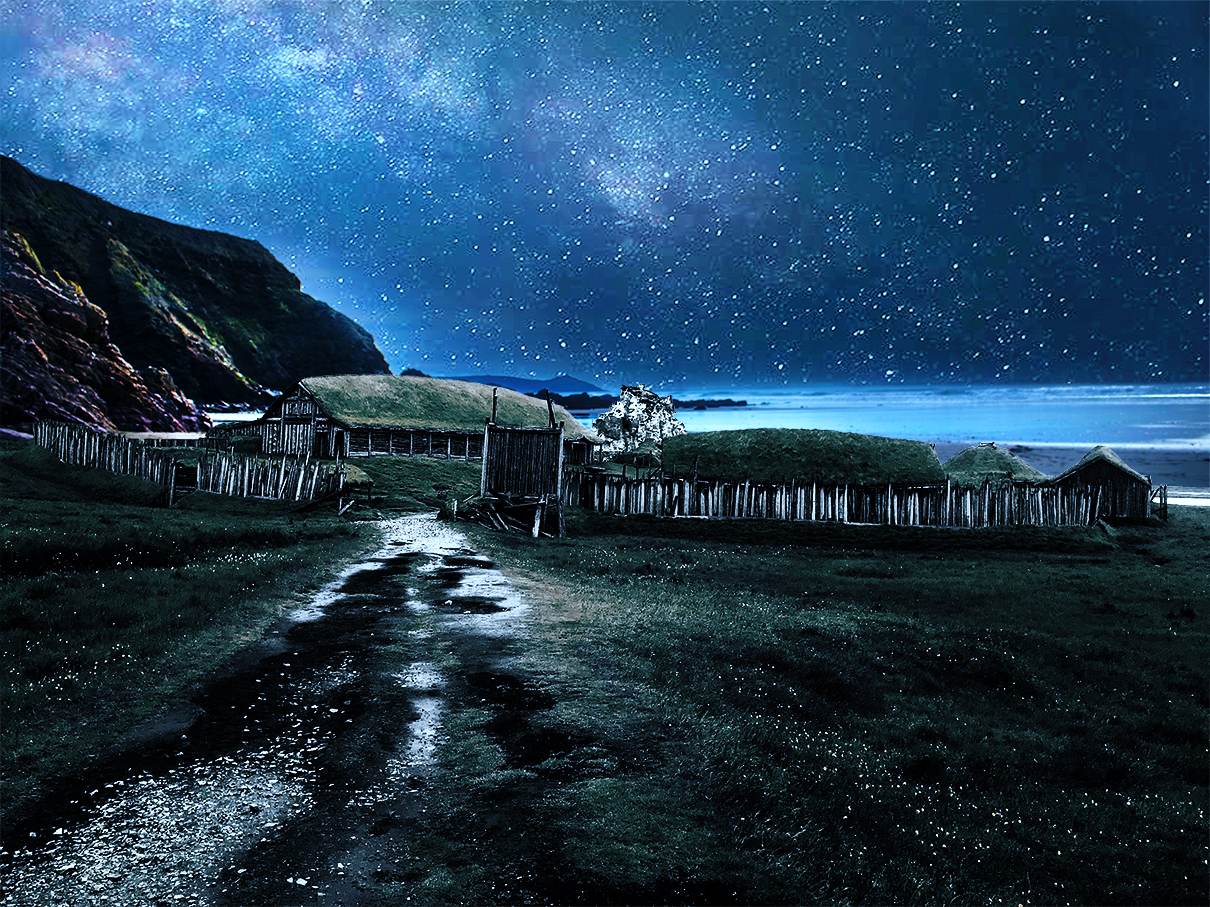 Weeld kleeth are heavily influenced by human interactions. Many of their behaviors are a result of what humans find palatable, not necessarily what comes naturally to them.   Except when it comes to leadership duels.   These duels are nasty, vicious, and often leave the loser bleeding and broken, if they are not dead. The lizards accept this, to a point. A particularly brutal leader will drive their community away rather than solidify power, because the actions remind the average lizard too forcefully of humans and how they have considered the weeld kleeth no more than brute animals, to be used and abused, for millennia.

Weeld kleeth are communal animals. They live together for protection and companionship, and lone lizards in the wilderness are considered outcasts. There is no preferable number of community inhabitants, though most settlements have no more than a thousand members.   The lizards prefer smaller but more numerous communities, though villages and towns in closer contact with humans have larger populations. The largest weeld kleeth settlement is Mandread, a coastal town in Dentheria. The last census listed twenty-thousand lizards and ten-thousand humans.   Lizards travel between settlements and often move to one that suits them better. Settlements, however, rarely move from their origination spot.
Leadership
Society is stratified by age (which means it is stratified by bulk). Larger lizards (and therefore older lizards) have more say, especially when it comes to governing. Each settlement has one leader, who is advised by a kossee, a collection of advisors. Leadership only changes hands when a rival is successful in a duel.   Most large lizards are expected to participate in governing. Those who dislike it become kossee, but they rarely duel for the top spot. The ambitious train for the leadership fights, though the strongest does not always denote the best leader. Communities with terrible leadership fail when their members move away rather than live under poor governance.   New communities are established when younger weeld kleeth, realizing the centuries it will take before they can rival the leader, strike out on their own. These start with three to four couples and grow rapidly when nearby settlements shed their disenchanted younger lots. Ties to home villages stay strong.
Return to Top