Lapis of Nicodem    Factions      Dentherion Empire
Dentheria is a southwestern Theyndora country that conquered the continent. It is a wealthy, tech-infused land that has grown into a sprawling empire with 39 vassal states. 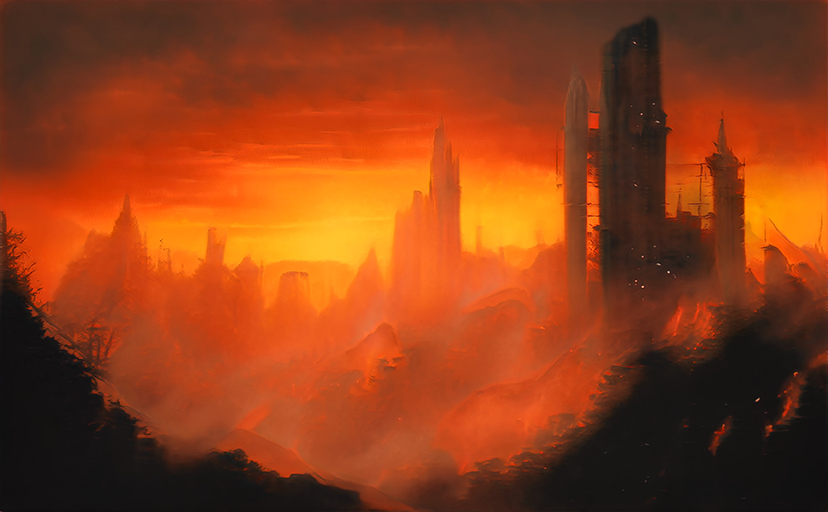 by Shanda Nelson / Artbreeder
The Dentherion Empire had a less than auspicious start. Dentheria, among several other countries on the continent of Theyndora, managed to slip out from under the Taangis Empire's rule during the War of Silence. Merkesh and Taangis, on equal footing, fought to incorporate each other's empire into their own. They succeeded in losing people and land, each destroying their own power and influence before the enemy had a chance.
The freed countries went their separate ways. In Dentheria, nobles selected a king from their ranks and promoted him to the people, though few commoners liked the thought of yet another rich and uninspired man in charge. They had not forgotten Taangis overlords and their brutality, and had no wish to further their burden with a native son.   The king, Genthis, riding high on the powers bestowed on him, with no creativity though plenty of ambition, ruled in the same vein as the Taangis overlords. The nobles found him insufferable, and the commoners distrusted him and his government more than the previous empire's. His rules and regulations floundered, and in End Year 2:8, 22, the majority of nobles voted no-confidence in his rule. The most influential formed the Lord's Council and stripped Genthis of his title, though not his lands.
all images by Shanda Nelson unless otherwise stated 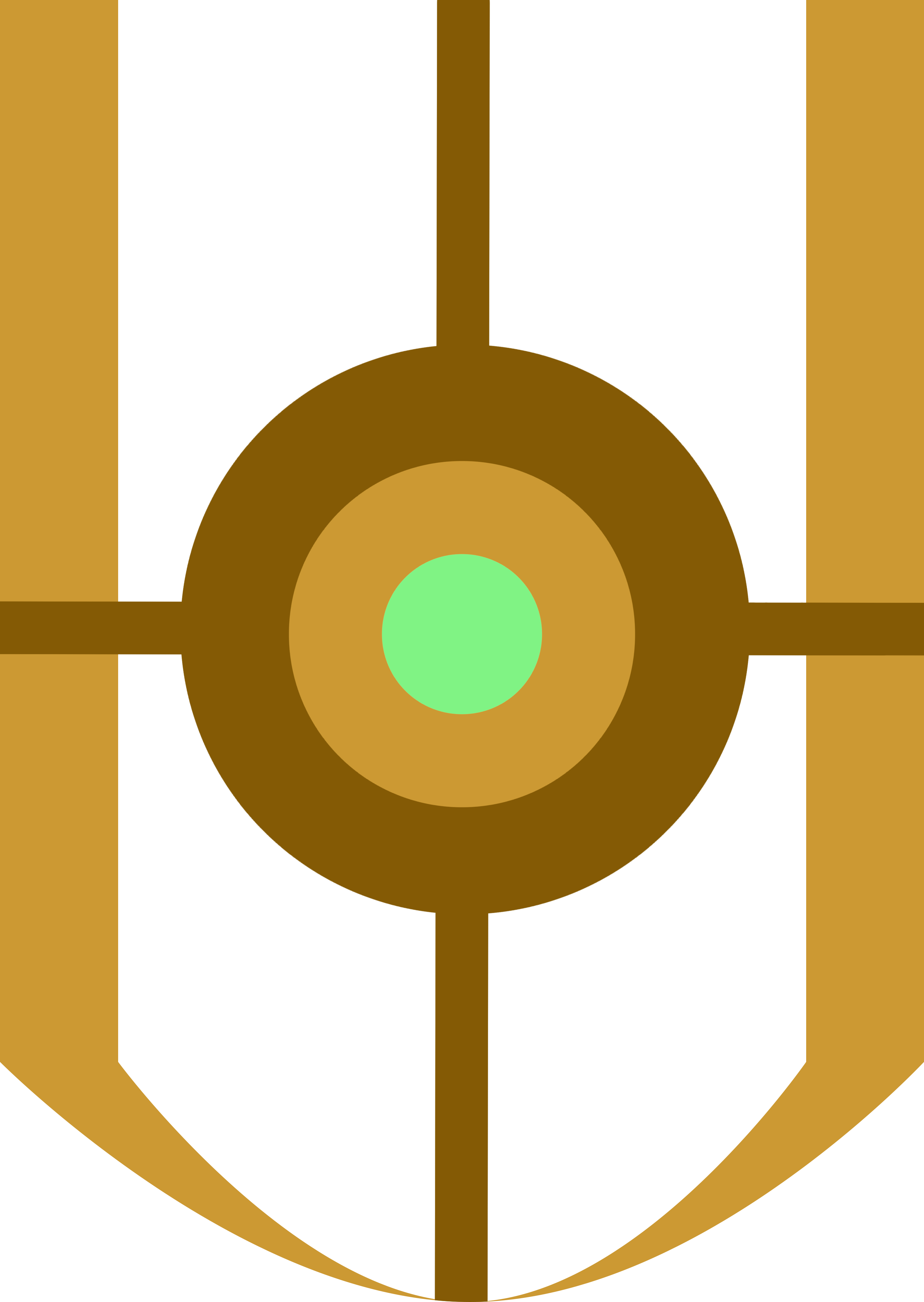 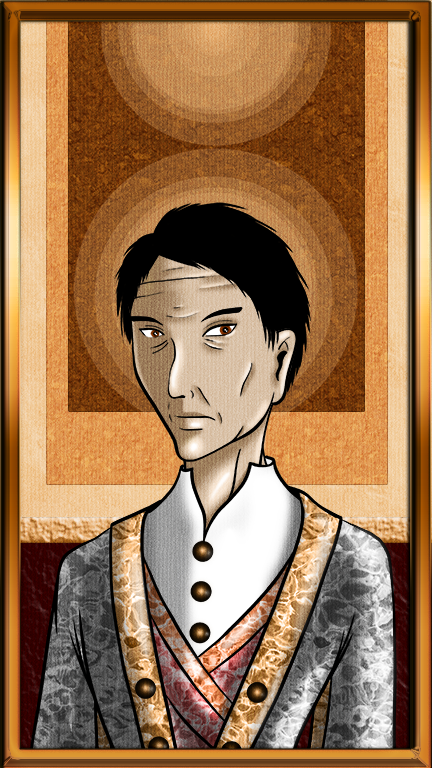 The Seven Gods and the Stars view Maris as a saint. The Meint view him as a waste of flesh whose memory is best forgotten.
While the Council officially had 22 equal members, the majority looked to Lord Maris as High Councilor. Under his guidance, they changed most of the Taangis remnant laws and overhauled the tax and justice systems. They implemented a new economic system, setting up barons as local overlords who monitored rural trade and taxed the lands under their control, and who then sent a portion of these taxes to the state. They created a new class of individual, the Tributes, who oversaw trade and taxes in towns and cities. The new system was far less harsh than the Taangis one, so most people accepted it with relief.   In Mid Year 3: 24, 41, a short, nasty religious war broke out between the Chalice of the Seven Gods and the Cult of Stars, interrupting tax collection in central Dentheria. Annoyed, Lord Maris, as his final act as High Councilor, sent in the Dentherion army to smash both sides. After the dust cleared, he declared a new state religion, the Seven Gods and the Stars, and forced most with religious leanings to join. He combined centuries of religious thought from various institutions without care to what those writings meant, and managed a jumbled mess he left others to sort out.   The Lord's Council created a Second Council in Early Year 2:15, 76, when commoner discontent began to grow. The Second Council had more seats and was open to the commoner, not restricted to nobles. Trade and justice were the center of the Second Council's charter, though they offered advice to the Lord's Council on all manner of issues. Life became more fair for all who lived within Dentheria's borders.   Under the Lord's Council's direction, Dentheria began to become more technologically advanced, and built factories that made equipment for farming and transportation. Trade exploded, and many a noble made a pretty silver on the new money exchanges.

Dentheria was an unremarkable country for over two centuries. This bothered Arcdethis, a Lord's Council High Councilor, who had ambitions far greater than the borders of his country. The Council had heard about a resurrecting Taangis, and how they had begun to conquer their neighbors using new technology that came from a continent half-way around the world. He sent emissaries to investigate, and they returned with remarkable news; indeed, Taangis had access to advanced weapons and military equipment the likes of which no one on Theyndora had ever seen. They spoke of driverless vehicles and small balls that created huge explosions, and a variety of firearms that shot fast without needing constant reloading.   Arcdethis made overtures to the Taangis king, Macmed. Macmed's advisors thought it silly to entertain Dentheria, but he did so anyway. They finally came to an agreement on Early Year 2:40, 315, where Dentheria agreed to send an ungodly amount of money to Taangis in exchange for some of the advanced technology they used and trainers in how to use it.   By Mid Year 330, Dentheria was almost bankrupt, but they had a technologically advanced army. Driven by the need for funds, Arcdethis invaded Dentheria's neighbor, Shaloar, and overran the unprepared resistance. He ordered the execution of the king, his family, the nobles who stood against them, and placed a puppet ruler on the throne. The puppet implemented astoundingly cruel laws and taxes, sending the funds to Dentheria so they could pay Taangis, and continue conquest.   The ease in which they overcame Shaloar enboldened the Dentheria military. They overran country after country, setting them up as vassal states that owed Dentheria for the pleasure of being in her empire. Taangis noted the success and tried to muscle in on it; a very short incursion onto the contient ended in Dentheria victory. Arcdenthis did not want to completely sever ties until he had access to a direct line of trade for the advanced tech Dentheria now possessed, but he did renegotiate the amount of money he owed Taangis.   Arcdenthis's successor and son, Wislen, finally managed direct trade with the Republic of Alleurs. Dentheria imported advanced technology of all kinds, for agriculture, communication, transportation, among others things. While Dentheria advanced, vassal states did not, and rebels became a thorn in the empire's side. Wislen, not wishing to suffer a loss like Taangis had, convinced the Lord's Council to outlaw tech in their vassal states. Without the advanced tech, those states had no way of rebelling successfully. They chose General Servele to implement the new restrictions. The suffering and dying the new laws initiated bothered many members of both councils, but not enough for them to speak against Wislen and lose access to the moneys he brought to the table. 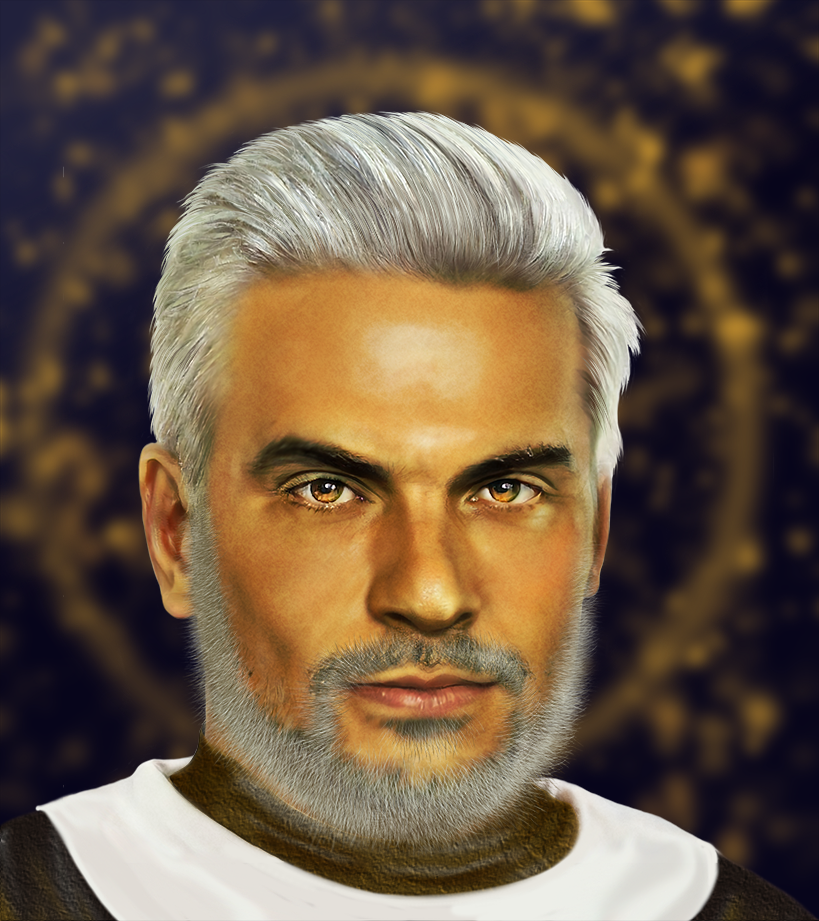 While Maris and many of the originating Lord's Council members held the "pure-born native" belief, Arcdethis began the propaganda concerning it in earnest. He held that only Dentherions were "pure-born natives" of Theydora, unlike the populations of other countries who intermarried with Pelthine continent peoples during Taangis rule. Therefore, Dentheria was the sole inheritor of Theyndora.   There was much power and money to be had in promoting this belief, so even the nobles who thought the idea repulsive used it to advantage.

The captial of Dentheria as well as the empire, Allesha, is named after the Mother of the Seven Gods, and is home to 3.6 million people. The Lord's Council and Second Council reside there.
The largest city in the empire is Trave, Dentheria, with over 9 million residents. Trave has been a Theyndora trade hub since the Taangis Empire, and now serves as the seat of Dentheria military might.
Not all Dentherion citizens believe that subjugating the other countries on Theyndora a good thing. An outspoken group of Second Council members is a particular thorn in Makethryn's side, and her policy of ignoring their concerns had led to a rift between the two councils.

Modern Dentheria is a tech marvel. Skyscrapers dot the landscape in urban centers, driverless vehicles take citizens out and about, communication is done through hand-held computers, entertainment is vast, be it for at-home get-togethers or large venues holding thousands. Most Denteria-centric jobs are done by its citizens; other empire residents who move to the country do not typically have the education to perform tech-centric work, and end up in fields with poverty wages and little hope for advancement.   This means, for every shining tech center the country has, there are nearby slums that house the cooks, cleaners and farm workers.
Dentheria, through the next three hundred years, invaded nearly every country on Theyndora, and managed to hold them. Enboldened, they stepped onto the continent of Pelthine and began to expand there as well. They encountered fiercer fighting, and while successful, they lost more men and equipment in those incursions. They stopped when the reached the border of the Taangis Empire, unwilling to take them on. A treaty was reached, with both sides vowing to leave the other alone. Dentheria pulled back to Theyndora, leaving the mainland to Taangis. 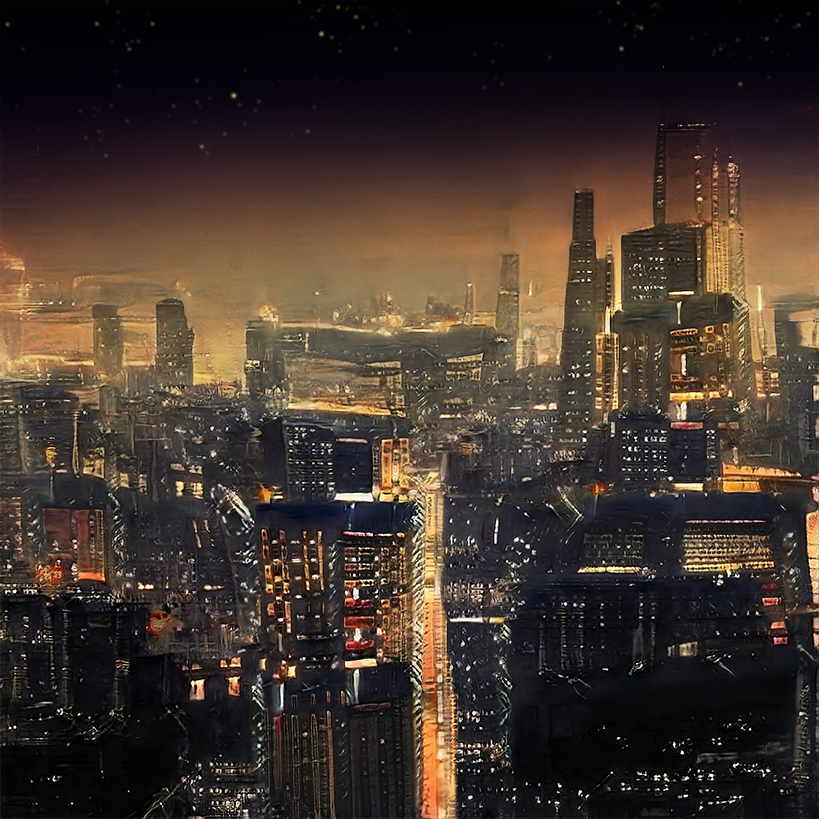 Allesha, Dentheria by Shanda Nelson
The Lord's Council, flush with revenue from the vassal states, made Dentheria into a tech powerhouse while keeping the countries under their rule from ever acquiring it. They did lessen restrictions on tech after the Ramiran victory over General Malk, but made certain that whatever tech the states received, it was far behind that which they employed. The bits they allowed their puppets impressed those weak-willed people no end, so they felt safe in doing so.   Dentheria's modernization is the envy of Theyndora and Pelthine. Their people are happy and prosperous, far moreso than those who live in the vassal countries. A contant influx of propaganda concerning Dentheria's superiority and vassal inferiority and backwood brutishness has kept many from questioning the Lord's Council's brutality in handling the empire.

This article is still a WIP

I really like the flag and the fact that it is oriented horizontally, unlike most flags. Great job!