Golden Elk of the Elven Forest

Stories of golden antlers, twisting, reaching, carrying the smallest hummingbird, pair with skin, gnarled and twisted like the roots of a great oak. Of a creature, shrouded in shining dust, ethereal in a dark part of the forest. A second of peace and enlightenment, before the creature once again disappears, never to be seen again.   A magical elk of ethereal beauty and grace is said to live in the depths of the Elven Forest. It is said that its grace rivals that of a unicorn, but both creatures are as mythical and elusive as the other. Those that say they have had the fortune to lay eyes upon the magical elk Faeranduil are graced with prowess beyond measure, but may also find themselves a laughing stock.   Those versed in magic and sorcery have come from the center of the forest in search of Faeranduil, but even their powers cannot trace the magical beast. Where the creature is said to have walked, there is no evidence of a hoof fall, of any beast having stepped foot in that place. Some say the beast walks on air, never touching the ground, but there are those that do not believe that even in a world of magic that such a beast could exist.   The Outlanders that care for the forest search for the creature during their lives. Some will dedicate decades to finding the elusive beast. Many in the capital and the Jade Elves believe it to be a children's story, but in the aftermath of the Eldritch War, everyone searched to find a beast that could change the fate left upon them.   The story of Faeranduil has been passed down through the ages, spanning centuries before the Eldritch War. But even the war-ravaged forest could not put an end to the sightings of the fantastical creature. It is said that Faeranduil grants blessings like the mystical unicorn. The touch of the creature brings success and power. Yet no evidence of this blessing exists. No one can prove the existence of such a creature, yet the stories continue to persist.

A magical elk lives within the Elven Forest and can grant blessings to those that see it. It is said to be as beautiful and as graceful as the unicorn, with powerful blessings of power and success.

There have been many sightings of the creature throughout history. While there is never any physical evidence, the possibility of the creature exists due to the magical nature of the Elven Forest.

This is a myth that is often told to the children of Outlanders. It is a campfire story, used to lighten the mood after a long hunt or to spur a lazy child into the hunt. Within the Jade Elves, this myth is told less frequently, but versions of it can often be found in children's books.

The myth has very little variation when told to the Outlander children as the story is passed down orally. Jade Elf children may read slight variations in their children's books, with changes to the appearance of the creature or to the blessings it will give. Some variations of the myth were meant to scare Jade Elf children into remaining in school and studying more instead of day dreaming.

This is a myth that does not exist outside of select parts of Elven society. Outlanders see the creature as a test of their skills and a challenge to complete, while Jade Elves are often given a negative version of the story and view it as nothing more than a joke or a story meant to scare children.

In some Outlander villages, the depiction of the creature can be found on tents or other buildings. Various Outlanders have created depictions of the creature through drawing, painting, sewing, and song over the centuries. 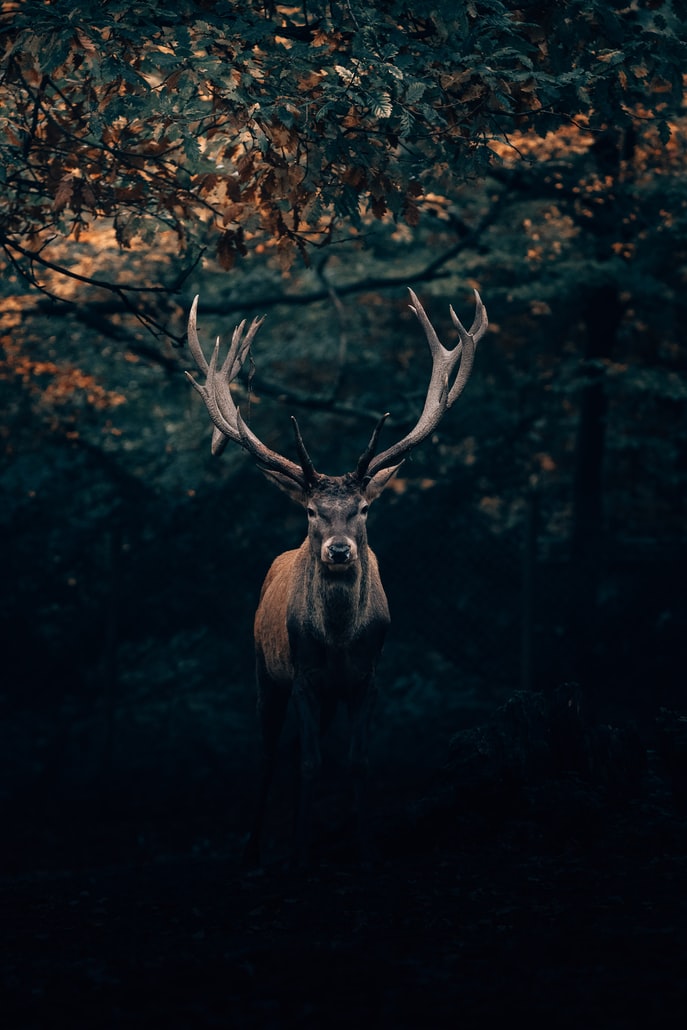 Deer by Philipp Pilz on Unsplash
Faeranduil is known for its ethereal image, but sometimes the creature presents as nothing more than a common deer with twisted antlers. This image is far less intimidating for those that may come across the visage.
Date of First Recording
circa 500 I.M.
Related Ethnicities
Related Locations
Related Organizations

Answering: "Write about a tale surrounding a mythological creature in your world."
Visit RiverFang's Competition Page Check all other answers to this prompt Competition Homepage