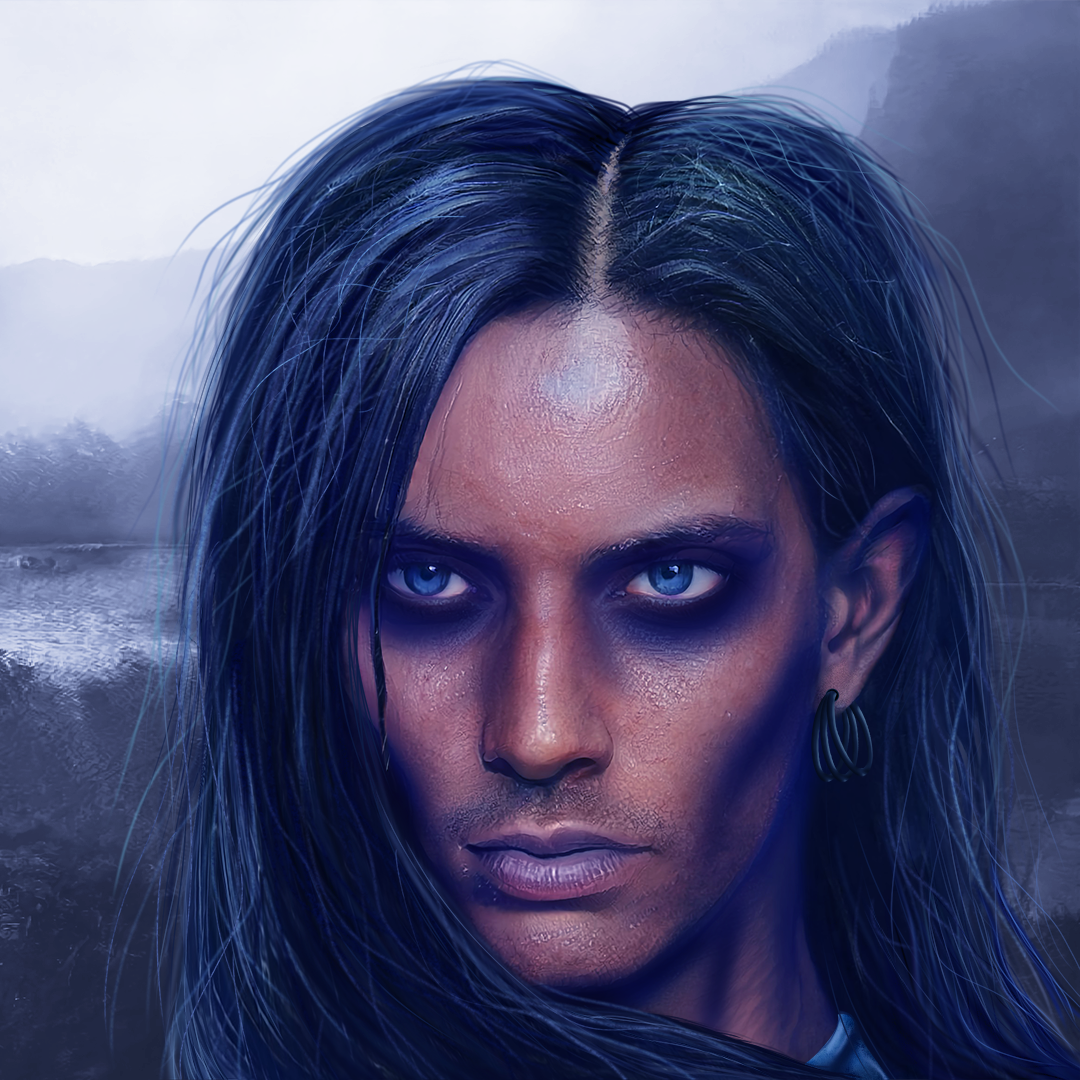 "How strong are you?"   An absurd question, from Death, to him.   He, Captain Laken, terror of Keels and Delvens, wealth-stealer extraordinaire, noble butcher and freedom fighter, had hit his head during his last hostile boarding. He hadn't thought much about it, went about plundering, commanding, feasting, sleeping.   Until he woke up outside the Tunnel, dead. At least the wisps of memories inside the dark, forbidding place informed him of the reason for his demise. He would not like to hunt millennia for it.   And his confidence in his strength had evaporated, along with the wisp.   Death settled her pointed chin on the backs of her delicate fingers, regarding him with a mixture of empathy and reluctance, and waited. She sat in a plain, black throne atop grey stone tiles, darkness shrouding her like a cloak. It filled the room, so only she remained visible.   "The strong don't die from hitting their head on rigging," he muttered.   She half-smiled at his sarcasm. "That is not the strength I ask after."   He cocked his head. "I don't understand."   "I know." Her dark umber gaze bore through him, as if she tore through his soul. "You will, eventually. It will come at a price far higher than I wish you to bear. Do you know of the Beast?"   "That's a Keel legend." A tingle of fear ran from the tips of his fingers and into his neck. What price?   She shook her head, her soft black hair moving against her pale shoulders. Her elegance, refinement, had startled him when he first beheld her; he expected a gaunt older woman sneering and reveling in blood. Instead, a black-clad maiden with smooth skin, smooth hair, ruby lips and fathomless eyes regarded him. This Death, the Keel's Erse Parr, was not who he expected, to introduce him to the afterlife.   "No. He was Death before me, a vicious, violent monster who called to death those who should have lived years longer. He enjoyed the pain he inflicted. His version of punishment was abhorrent, based on ancient customs of his people that stilted the future, but they persist because he fortified the foundation with thousands. If the punishments abate, so, too, will Redemptions. Those so punished deserve to find happiness in the Evenacht, rather than an eternity of pain, because the common deceased find forgetfulness convenient."   She sucked in a breath and held up her hand. An unremarkable spear appeared before him, made of smooth, brown-stained wood, the dull point held in place by a blood-red clamp. He hesitated then grasped it. Heat poured into his palms, the first physical sensation he had experienced since death, and the weapon glowed a subtle sun-yellow.   "Laken, she will come. I promise. Hers and yours is the same strength and the same path."   Pain tore through him, as if thousands of claws ripped his flesh. He shrieked as his arms pulled from his torso, energy straining to remain attached. The break rocked him back, off his legs; his essence trailed after him, grasping for the appendages, but it, too, snapped. Agony ruptured his chest as his torso landed on the floor, and his head rolled from it, tangling with his hair. It solidified, and every grit of dirt, snag of tile edge, slice of stone, penetrated his skin.   He rolled and thumped the stair, stopping his momentum. He stared into the room; the spear had ruptured, one part in each fallen hand, and gleamed bright before his body evaporated in a spray of dissipating essence that floated across Death's image.   Her melancholy face disappeared. He fell.   He slammed into the earth and rolled over, the jolt of agony followed by a rush of numbness. His hair trailed around him, falling across his face, blocking his sight. He winced, gasping, as greyness encompassed him.   "Ah, a new ducky!" came a cackly, insane voice to his right. "Welcome to the Evenacht, Condemned."
Hair
Long, black   Eyes
Blue   Age
(before death) 30 years
(after death) 4743 years   Occupation
Condemned
Vantra
Characters
Nolaris