I did not know how heavy my heart could feel until our separation. I can only hope your misery does not mirror mine.
— 24th of Ascalus, 5293 EA

The Hargrove letters are a series of 215 letters written between 5293 and 5305 EA by the then High Lord Ezra Hargrove to his mistress, Lady Ethel Forwood. The discovery of these letters by Ethel's husband, Lord Thomas Forwood, led to a bloody rebellion and the eventual murder of the High Lord. 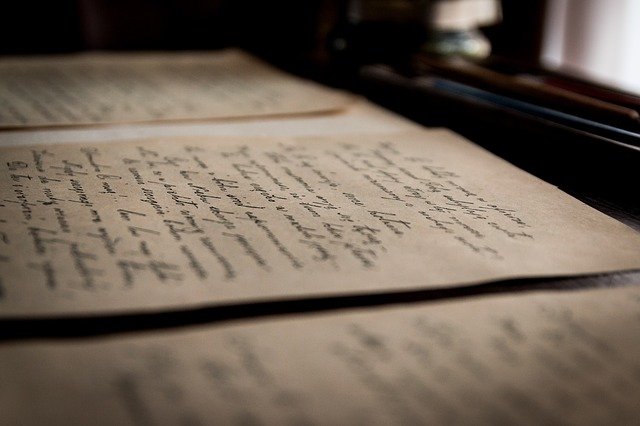 by jarmoluk
It stands to reason that corresponding letters from Ethel to Ezra exist, but they have not yet been discovered. It is believed that Ezra burnt these after receiving them, or they were later burnt by his wife, Camilla, following his death.

I will take the lessons you have taught me to my marriage bed, though my heart aches it will not be you I share it with.
— 13th of Pallus, 5294 EA

Ezra Hargrove was eighteen years old when he met Ethel Forwood for the first time. She was a married woman a decade his senior; Ezra himself was not yet married, but was betrothed to Camilla Matherly, Ethel's younger sister. Neither of these facts prevented the young man from, as he himself put it, 'falling deeply, irrecovably in love' with her.   From the letters, the affair started then, though without Ethel's writings it is impossible to tell whether she felt the same immediate love as Ezra did. Several times, however, Ezra tried to end things. He wrote once that his wife was 'good, and kind, and does not deserve a wandering heart such as mine.' It is not known how Ethel responded to these attempts, but it is clear from following letters that the affair continued uninterrupted.

Answering: "a famous letter or message"
Visit Serukis's Competition Page Check all other answers to this prompt Competition Homepage

This is fabulous, and my heart absolutely ACHES for Ezra. Not sure where I sit on whether Ethel returned his love, but I feel more sorry for Camilla than I do for Lord Thomas.   All the snippets of the letters are absolutely brilliant!

Oh, we getting steamy up in here. I love it though, these letters are amazing, though I feel for Camilla, Ezran is right she doesn't deserve a man with a wandering heart. Great Job :)

Thank you very much! :D I feel sorry for Camilla too. :(

can't go wrong with love affairs creating big issues. How is the story viewed by most denizens that live nearby the tale ? Do they see it as something sinful and taboo ? A sign of true love ? What happened to the high lord's wife after his death ?   Happy Summercamp !

Thank you for the questions! That's definitely some things I'm going to come back after Summer Camp and add in. Camilla remained a strong lady who raised a couple of good sons. :) x

Aw dang, this is just a bad situation for all involved! I wonder if Ethel truly returned his love? If not, it's a very sad affair indeed.

Oh this is amazing. You ca n really feel the emotion behind those quotes. Poor guy. I really like the little details like how the corresponding letters are missing and either burned by ezra's or his wife. Oof. Well done.

A little goes a long way ;) love this!

Very nice story :D Do they view love as being only possible (and being even an important part of ) marriage in your setting? As I get the impression that it's an arrange mariage. Or is it "only" the fact that they had sex that is scandalous?   Not sure how I feel about Ethel. The way you've written it right now seems to imply that she is the one who persuaded Ezra not to end the relationship and she could be seen as rather manipulative or even potentially "grooming" Ezra when he was 18... Though that may also be something that the people believe since she is the woman in the relationship, she must be at fault for having charmed Ezra - if your people have the same gender stereotype than we do.

Common people marry for love, nobility are arranged. However, love is very important and it is hoped that the arranged marriages will turn into a love match. It is a custom to exchange carved swans in a relationship and the nobility only do so when they are in love, so it is like a status symbol. If Ezra or Ethel gave their spouse a carved swan and then were discovered to be having an affair, that is a huge no-no.   I don't know how I feel about Ethel either. I'm hoping to come back to this article after summer camp and add some more detail about their relationship and the aftermath, so hopefully I'll work it out then. I think there is definitely a possibility there was a bit of manipulation and grooming there, but also they could have just been in love.   Thank you for the comment!

Oh yes! I had completely forgotten about the carved swans! Yes that would be a huge betrayal in those cases...

Great work here. I especially love the excerpts from the letters, in particular the one from 13th of Pallus, 5294 EA. That one, in particular, makes the heart ache.

Thank you. It does make the heart ache. <3