Squashed on the corner of a narrow side street in the poorer district of King's Rock is an unassuming stone building. Well-worn stone steps run up to the wooden front door, each step lined with dried or dying flowers, sea shells or pebbles. A wooden sign hangs above the door, 'The Blushing Rose' in flowing white script beside a chipped paint rose of blush pink.

The Blushing Rose was established as a brothel in 5127 EA by a woman called Betha Noakes. Before this, there is not much in the way of written records about the use of the building. Oral records indicate that before the building became The Blushing Rose, it was a tavern run by Betha Noakes's husband. Depending on who is telling this story, the tavern was known either as The Golden Rose or The Thorn and Rose.   In 5137 EA, The Blushing Rose became the home and base of Joshuan Rowe. He began to offer healing services in one of the brothel's back rooms, and performed sermons and talks on the front steps. There was even a tale that he helped one of the women give birth and brought the child back to life when it was born not breathing.   Following Joshuan Rowe's assassination in 5139 EA, the brothel closed its doors for business and went into a period of deep mourning. Though Betha Noakes continued to own the building until her death in 5171 EA, it was never run as a brothel again.

A Site of Pilgrimage

In the weeks and months following Joshuan Rowe's death, people from King's Rock and beyond came to The Blushing Rose to leave offerings on the front steps and inside the room he had occupied. Betha Noakes and the former prostitutes offered these pilgrims food and drink in return for donations to keep the building open.   After Betha Noakes's death, The Blushing Rose was taken over by the Priests of Nereus who also run the Temple of Nereus and the hospital in King's Rock. At least one priest is on duty at all times, to take offerings from pilgrims and to offer blessings and healing prayers to those who seek it.   Priests of Nereus all over Serukis are expected to make the pilgrimage to The Blushing Rose several times in their lifetime.

In Serukis, roses are associated with the royal family. The emblem of the Elenasia family is a golden rose on a dark green background. Many businesses in King's Rock allude to the rose in their name, and The Blushing Rose was no exception to this.   There are also rumours that, in the twelve years The Blushing Rose was run as a brothel, it played host to more than one royal visitor. 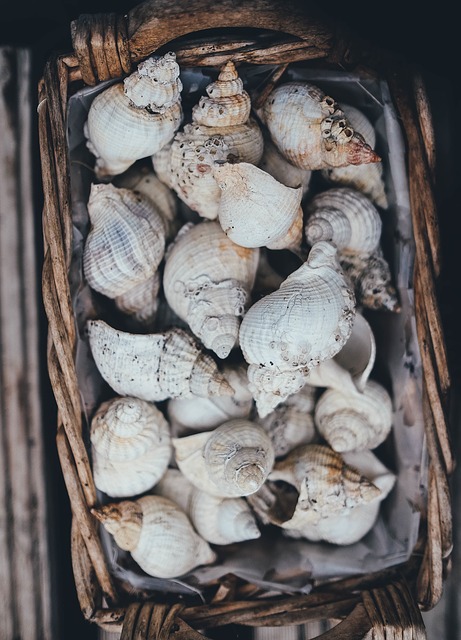 by AnnieSpratt
A basket of offerings

Answering: "Write about a building that has been reused and repurposed from its original design."
Visit Serukis's Competition Page Check all other answers to this prompt Competition Homepage

This article was written as a part of Summer Camp 2020.   Prompt: Write about a building that has been reused and repurposed from its original design.

I already loved this idea from Joshua's article. This is a beautiful concept.

That opening is such a beautiful intro to the article. Lovely detail and it hooks you in making you read on.   The stillborn story is heartwarming, and it shows the almost legendary quality of the history.   Brothels have a special level of mystique, as well as noteriety. I love how you handled this and the way it ends is excellent. The fact that this place, a place most cultures would consider evil or at least amoral, became a place of pilgrimage. Just awesome work.

Thank you so much! I had some fun with the opening! :D   I really wanted the contrast between brothel and holy place there so I'm glad that comes across.